It was a grey, wet and windy day with storm force gusts for hill-goers to contend with. Â The snow cover is fairly sparce, mainly on North to East aspects above 800 metres. Â A major thaw was still underway during the morning with the burns the most impressive feature of the landscape. Â However it was getting cooler by mid-day. 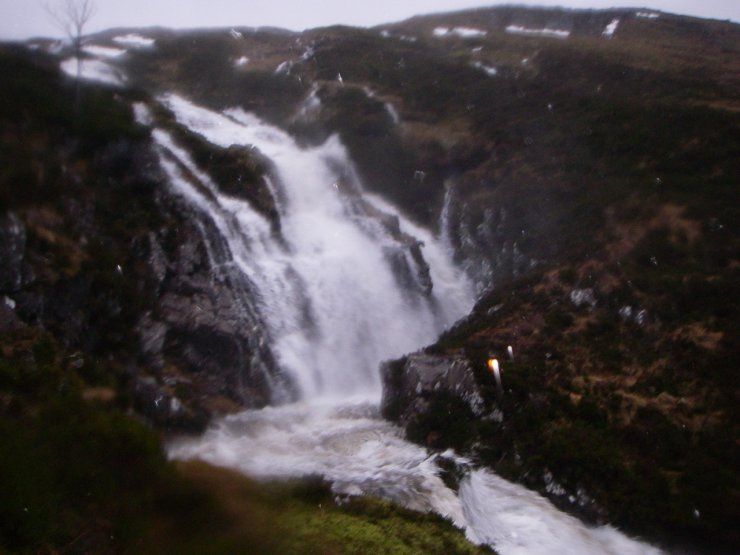 An impressive waterfall on the lower slopes of Meall a Bhuiridh 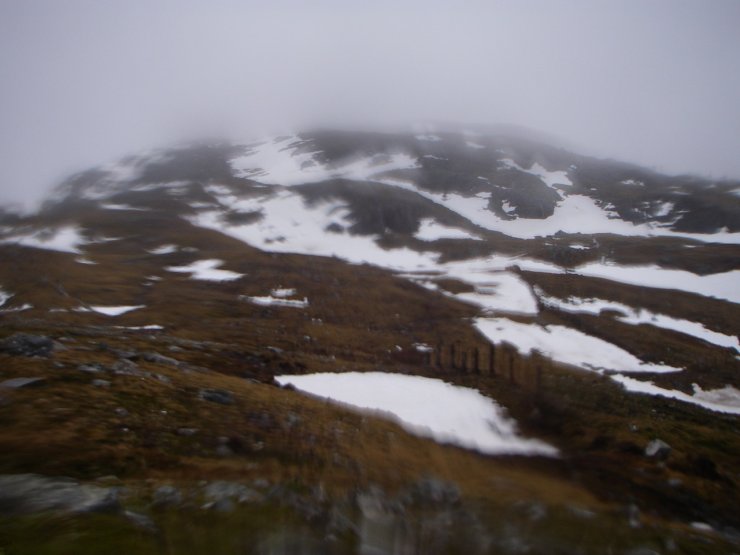 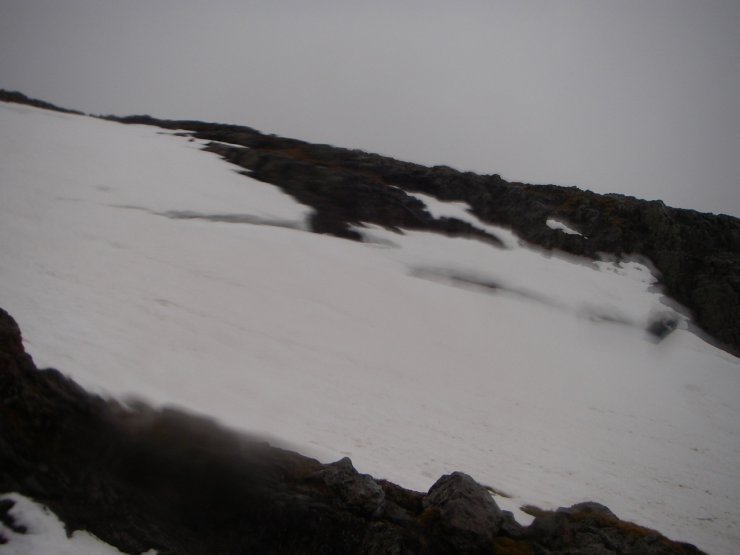 Glide cracks on the line of the ‘Spring Run’ 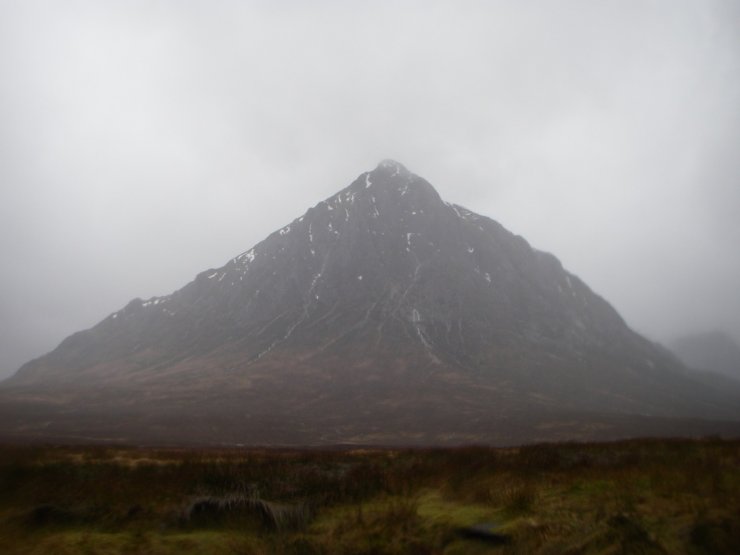