It was a cold showery day today. There was a fair bit of graupel in the snowpack and falling out the sky.Â Graupel is small ball bearing like pieces of ice which are formed by the riming up of snowflakes as they fall. It is like hail, but not quite as hard or dense, it is sometimes known as soft hail (see picture below). There is very little cohesion between the grains, and as you can imagine incorporating a layer of ball-bearing like particles into the snowpack does not improve stability. It is also rather “exfoliating” on the face on a windy day (like yesterday). 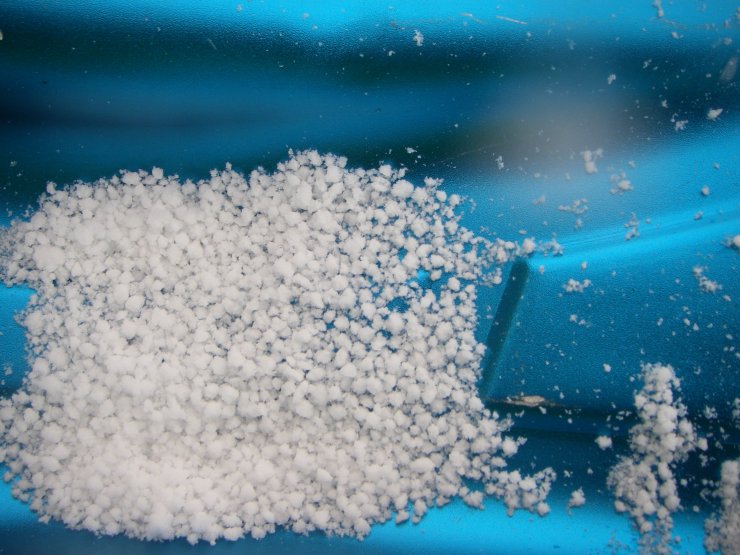 Fresh graupel straight out of the sky on my snow shovel. 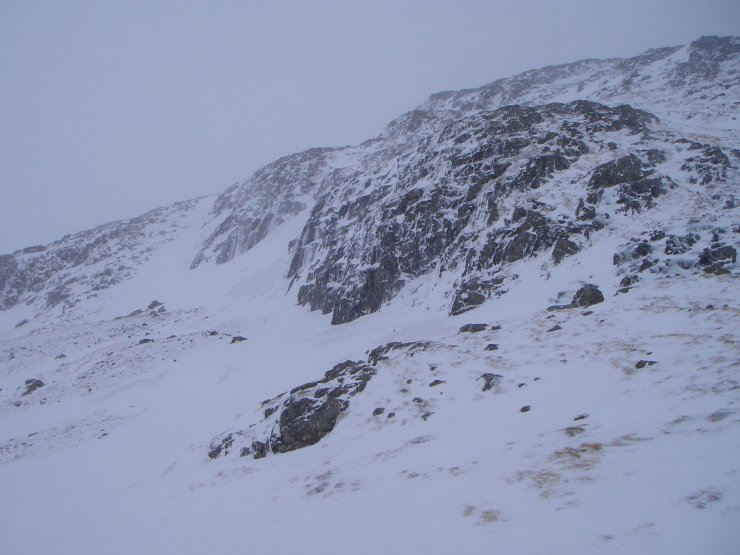 Things are beginning to look at bit more wintry at 800 metres. 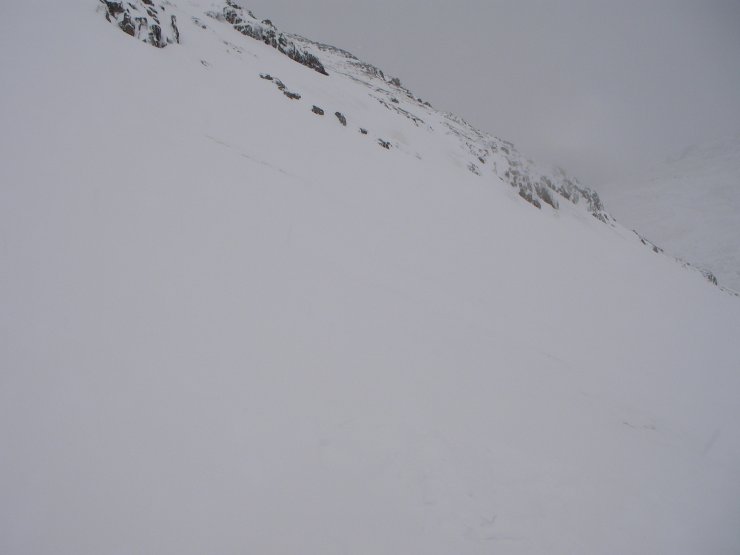 Although many areas of scoured and hold little snow, there are some areas which are catching the fresh snow. 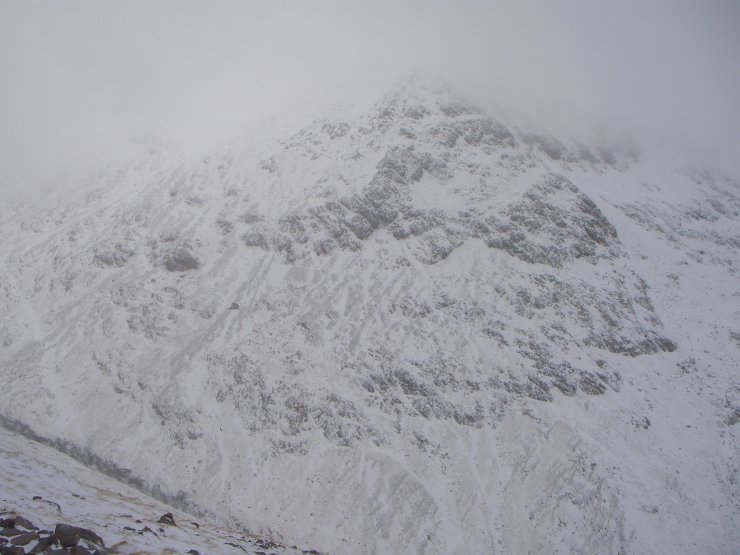 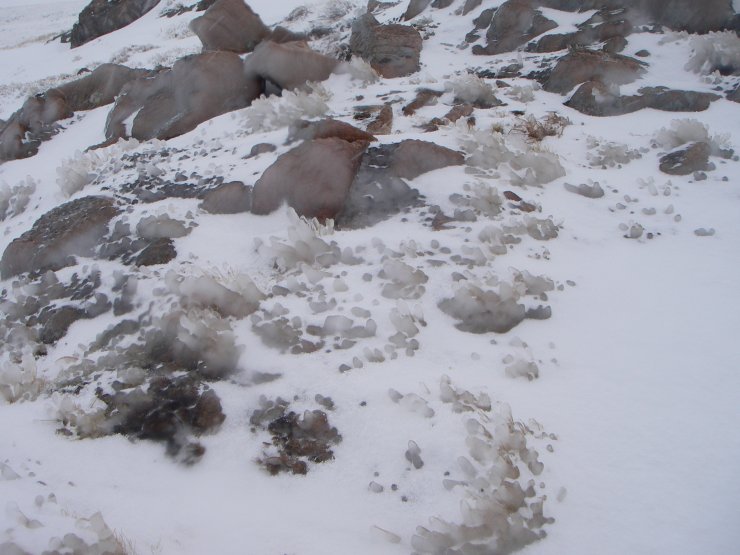 Verglas on rocks and plans. Water blown from a small stream (just out of shot) in the strong winds yesterday has frozen on whatever it landed on.