The freezing level was above the summits today and the winds were strong from the South-West. Precipitation fell as rain at all levels with some drier spells in the afternoon, visibility was generally very poor with very few views.

During this mild spell for the next couple days at least cornices will be soft, sagging, heavy and prone to collapse and often the trigger mechanism for starting wet snow avalanches. 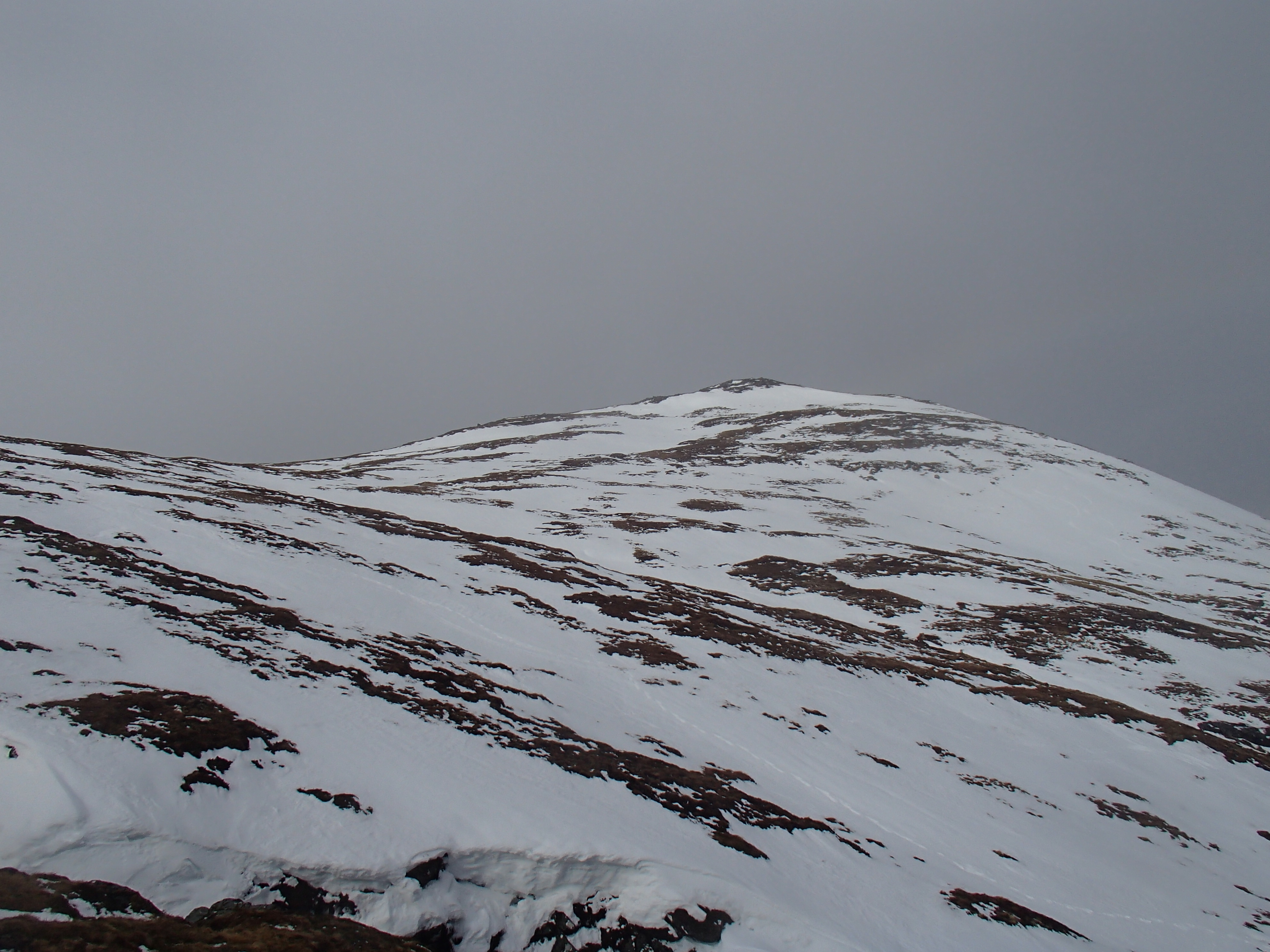 looking across to the summit of Creag Dhubh 749 metres this morning. The snow at lower elevations thawing fast in the mild conditions. 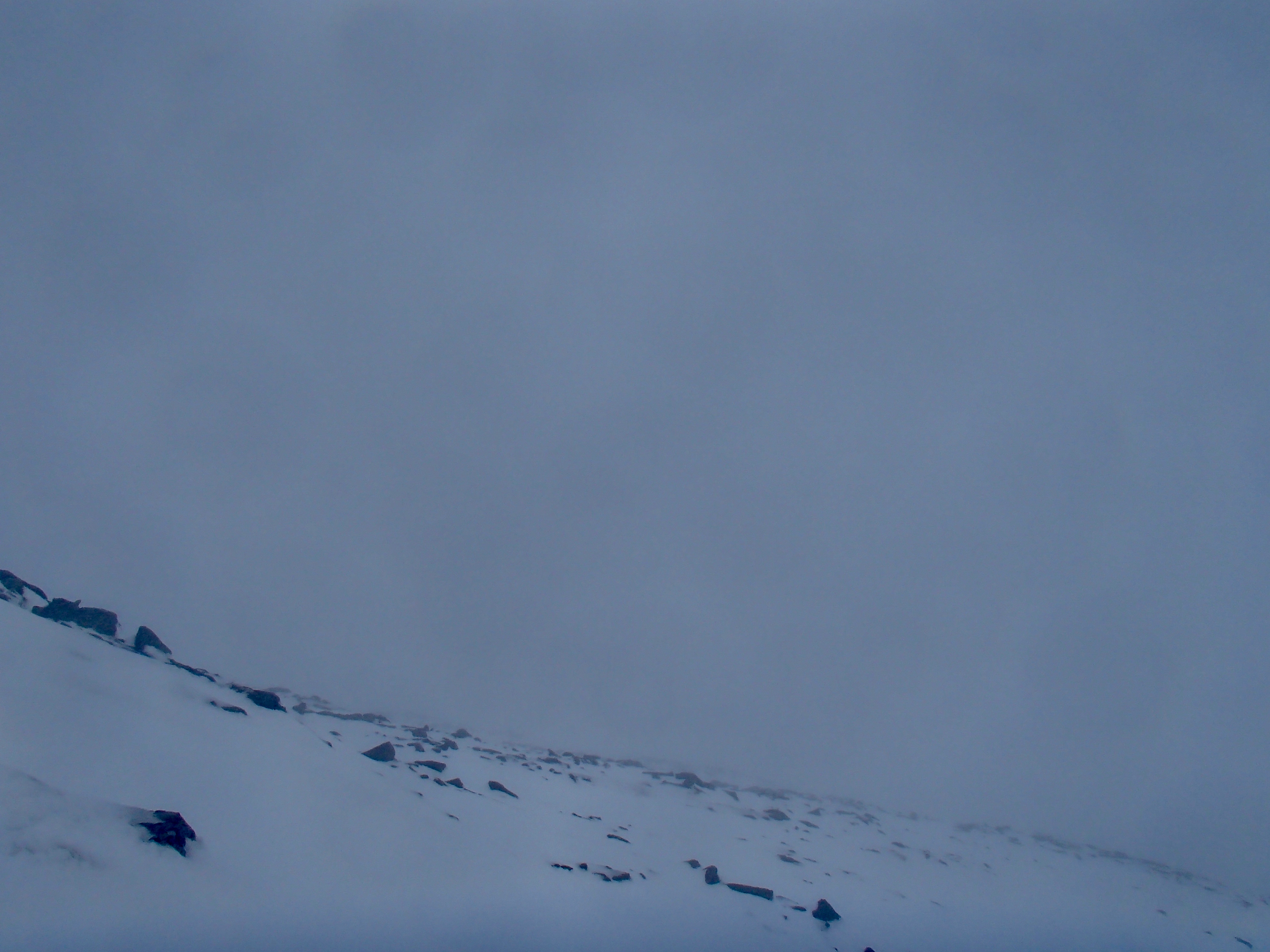 Visibility at around 1000 metres note the black rocks showing through having lost all their snow and rime ice. 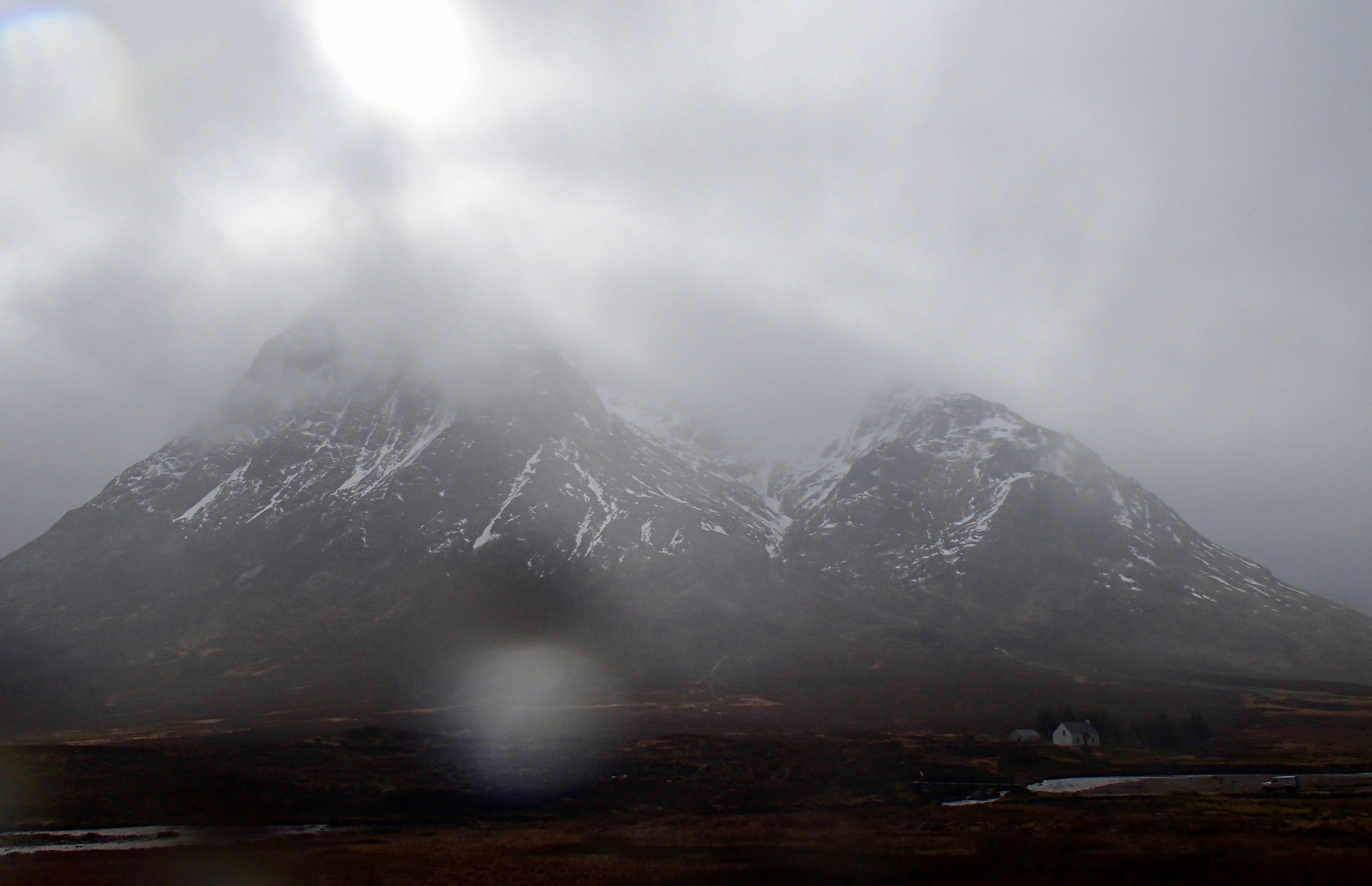 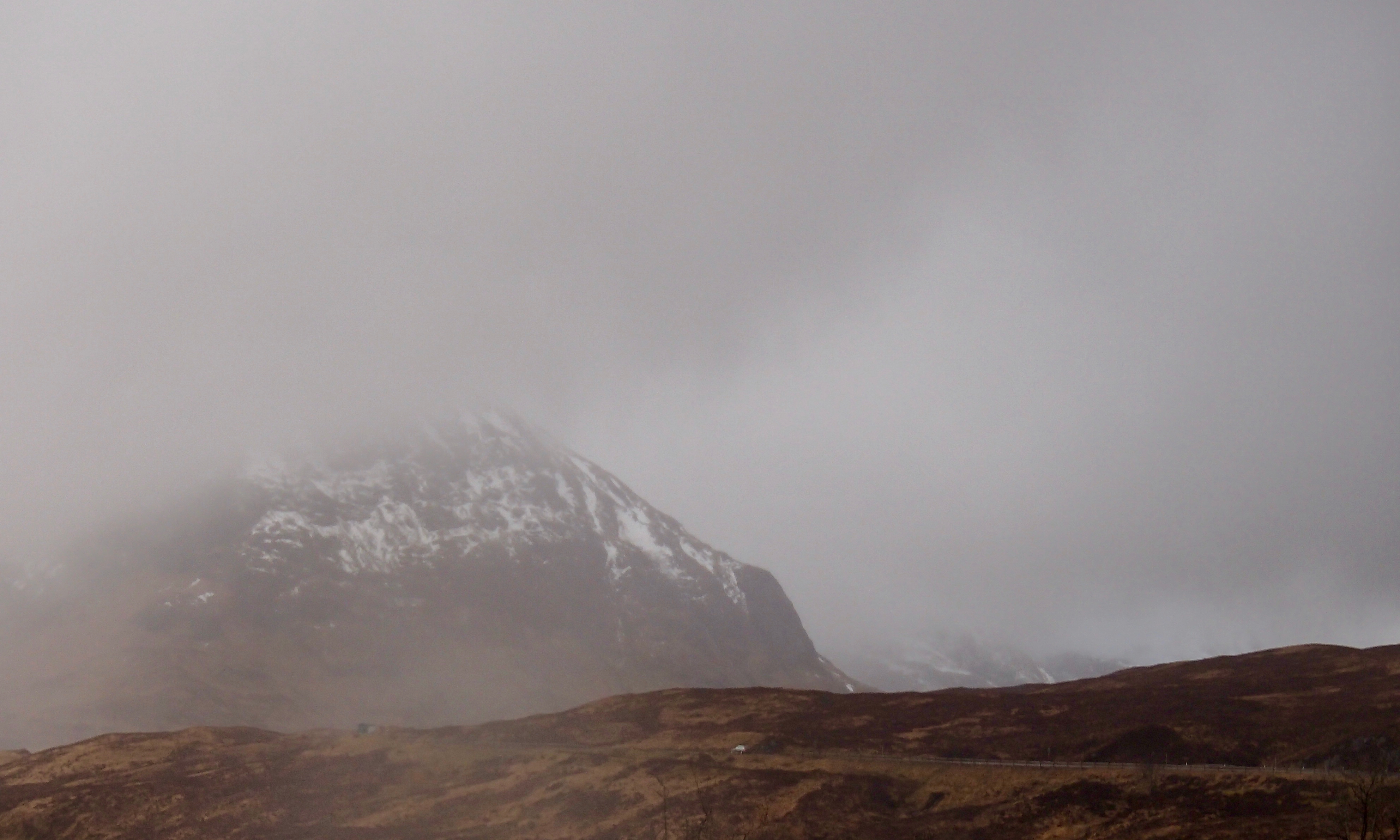 Buachaille Etive Beag note the low mist and cloud this was the general tone of the day. 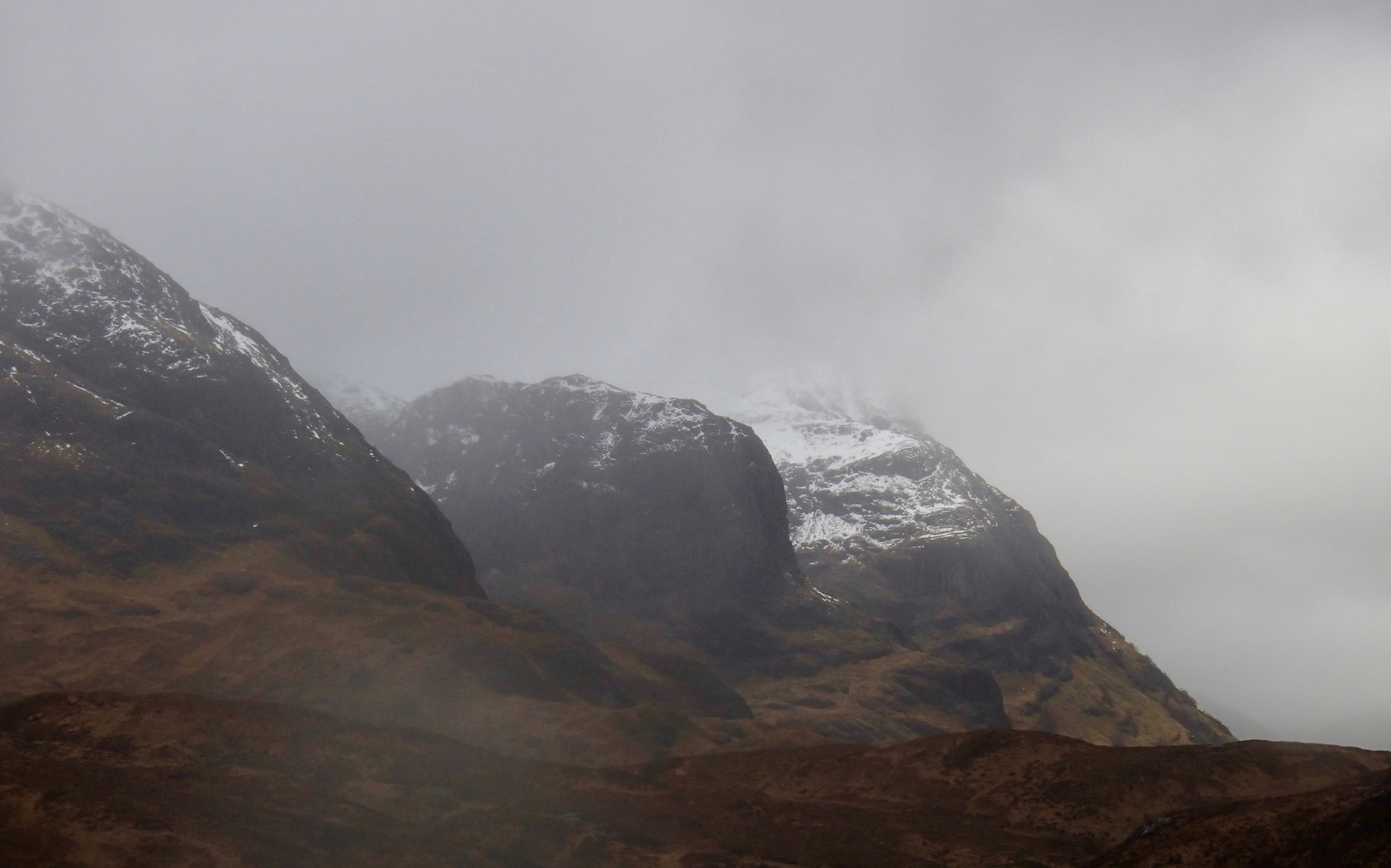 The 3 sister’s of Glen Coe