A westerly airflow gave parcels of snow showers through this period, these tended to be on the light side but overall gave new accumulations to the snowpack particularly in sheltered locations and these are moderately bonded. Summit temperatures in Glen Coe were minus two degrees celsius with westerly winds around 20 mph. 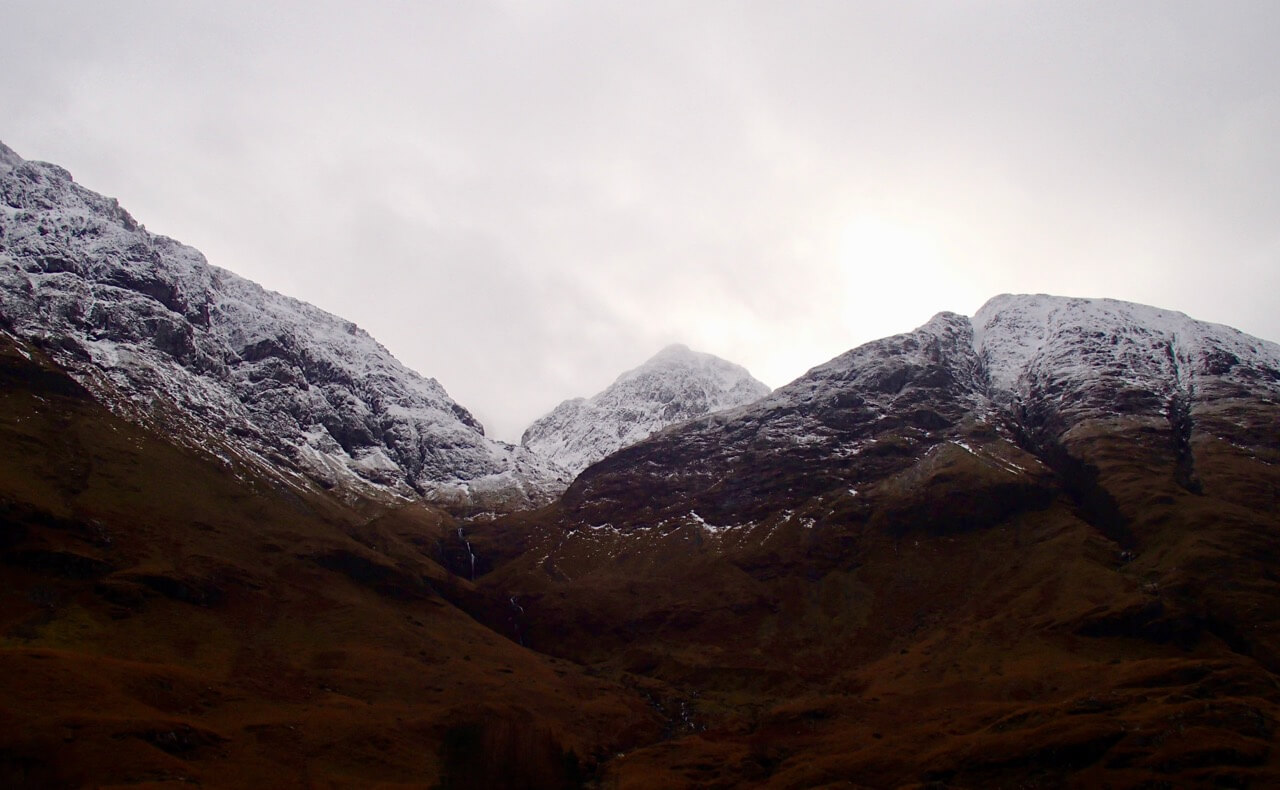 West summit of Bidean in the centre with west face of Aonach Dubh on the left and An-t-Sron on the right. 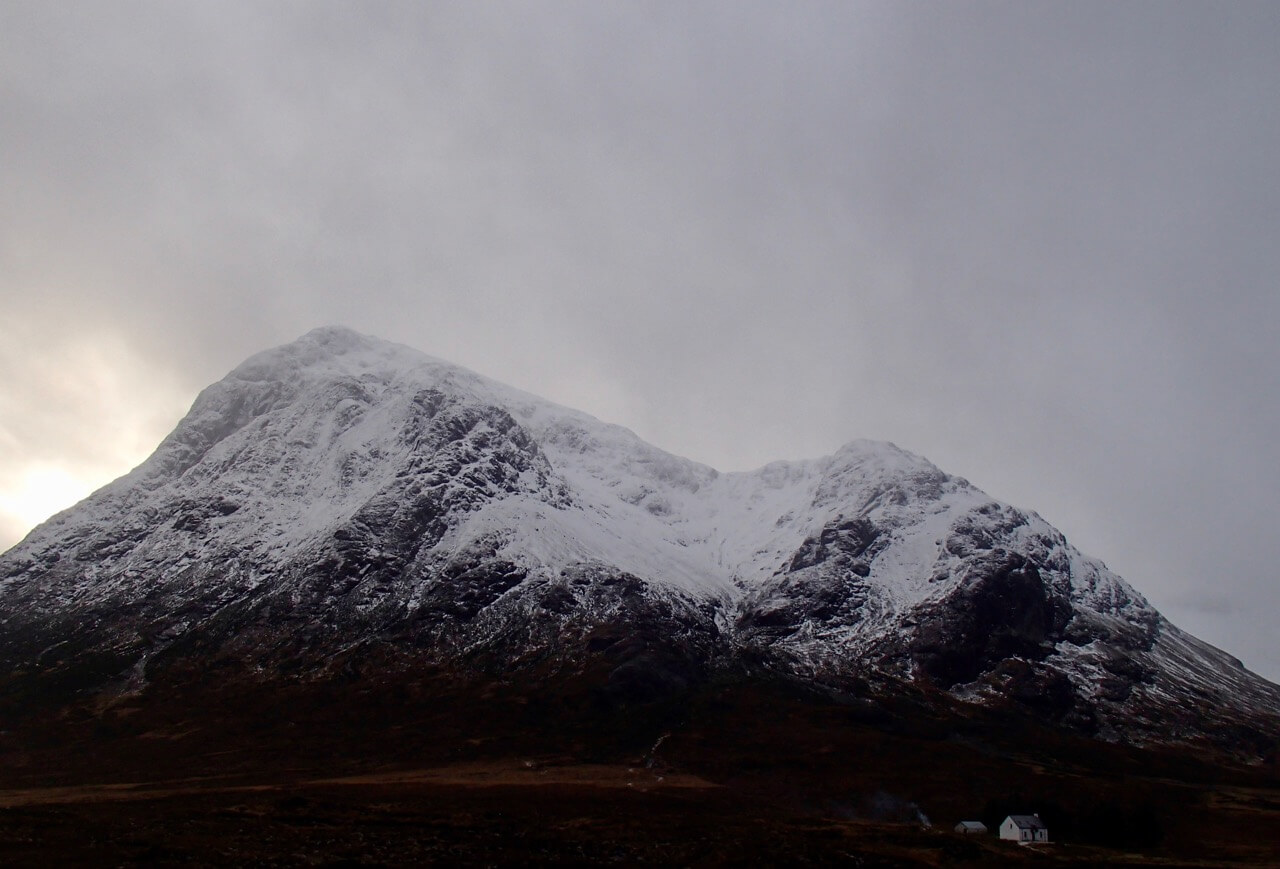 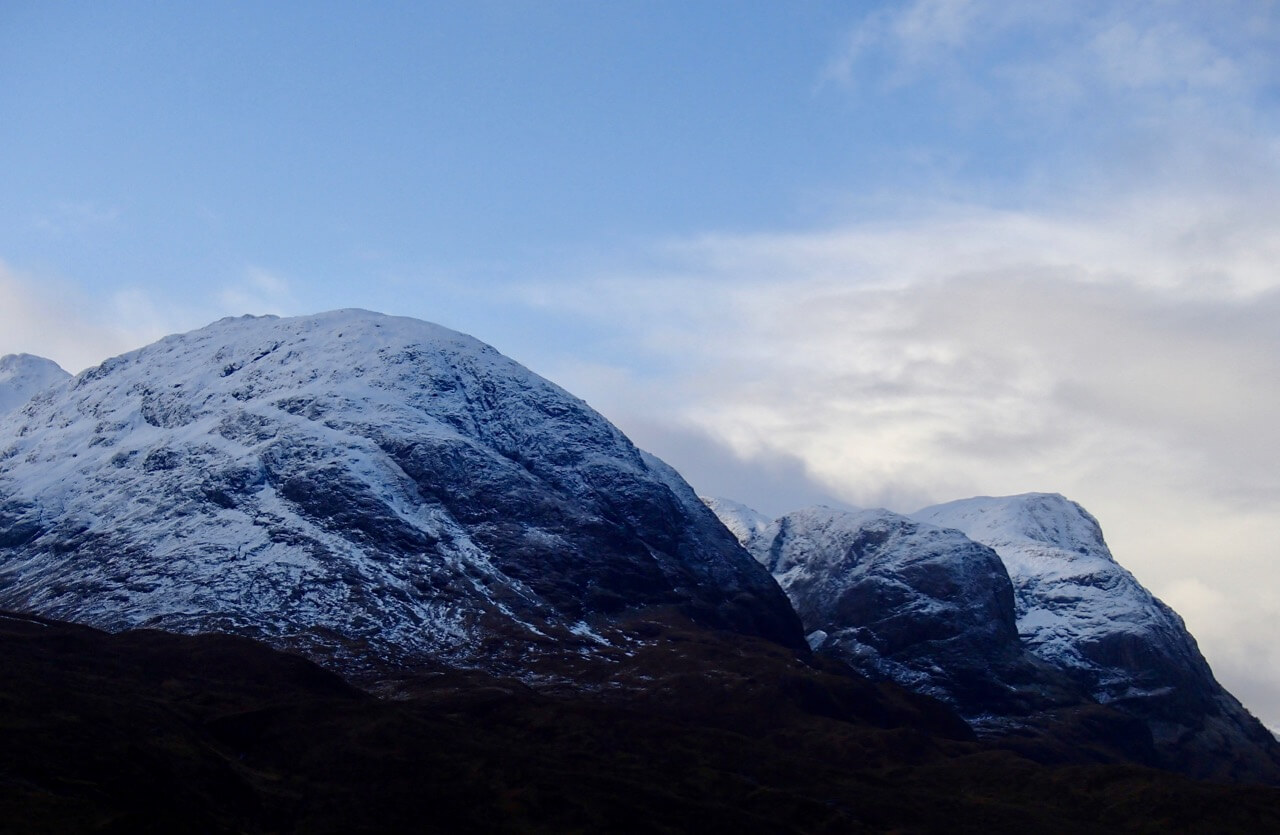 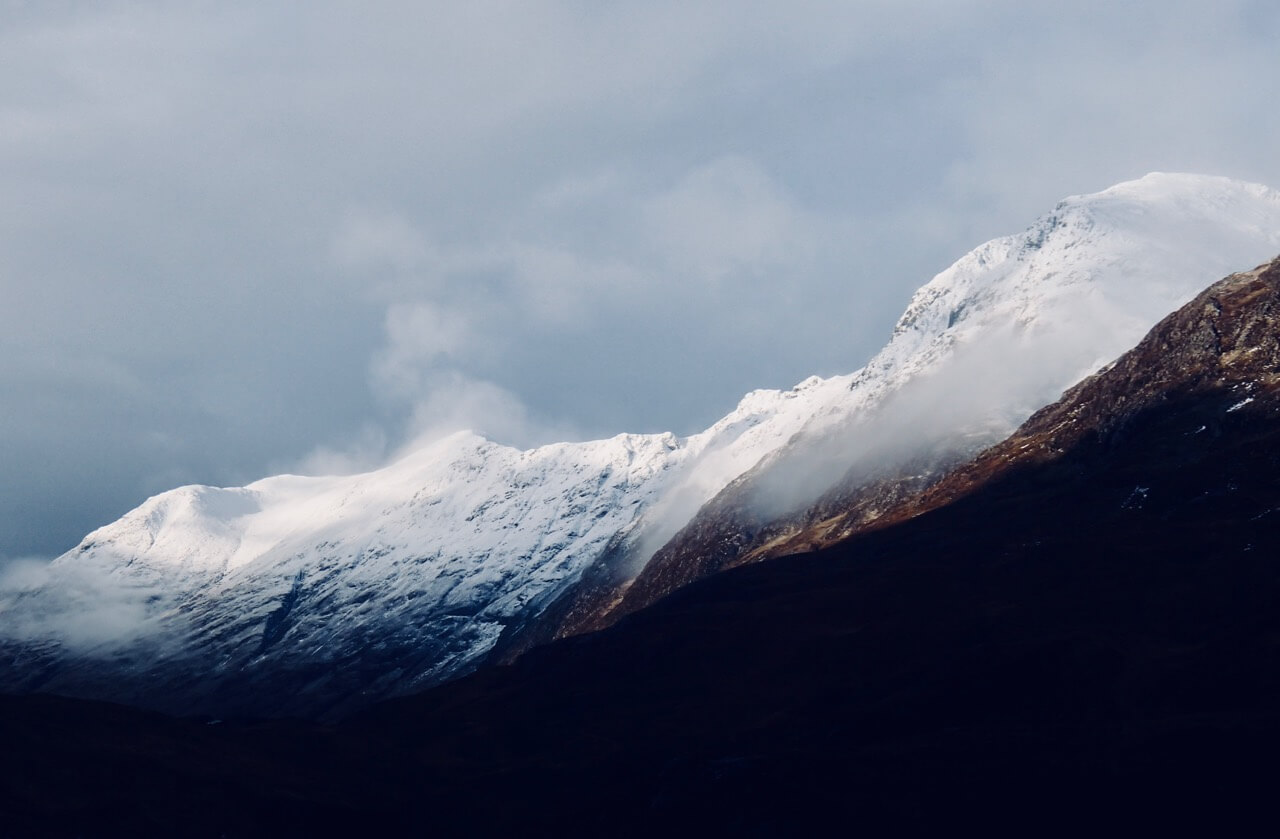 Forecast~~Overnight, mainly dry with fresh South-Westerly winds the freezing level will slowly rise to above the summits by dawn. Some snow or sleet at first but turning to rain at all levels by mid morning, winds, strengthening becoming strong Southerlies. During the course of the day the snowpack will become increasingly wet at most levels, leading to wet snow instabilities on steeper slopes. All steep slopes will be affected but the greatest instabilities will be on North through East to South-Easterly aspects above 800 metres where the deepest snow accumulations exist. Cornices will also be unstable and prone to collapse. The avalanche hazard will be Considerable.