Although from the main road it doesn’t appear as if there is much snow cover, above 700m considerable snow remains which is extensive and deep in places. Â The surface of the older moist snowpack had refrozen in last night and today’s colder temperatures. However, much of this was breakable making walking rather hard going in many places. 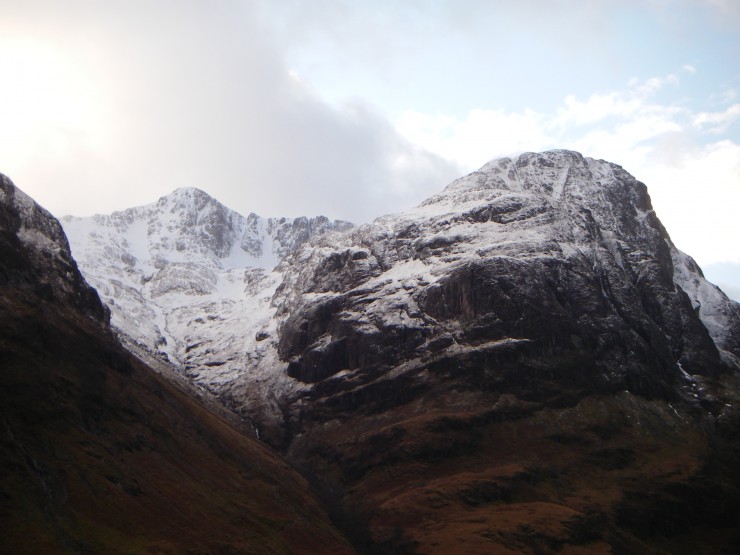