It was a relief to go out on a less windy day. Â Blue sky early on then more overcast with the occasional squall giving white-out conditions. Â Hard work as the deep snow has now got a refrozen crust on it which doesn’t quite support twelve stone – tomorrow……..maybe. Â And deep wind-blown snow has collected in some hollows even relatively low down. 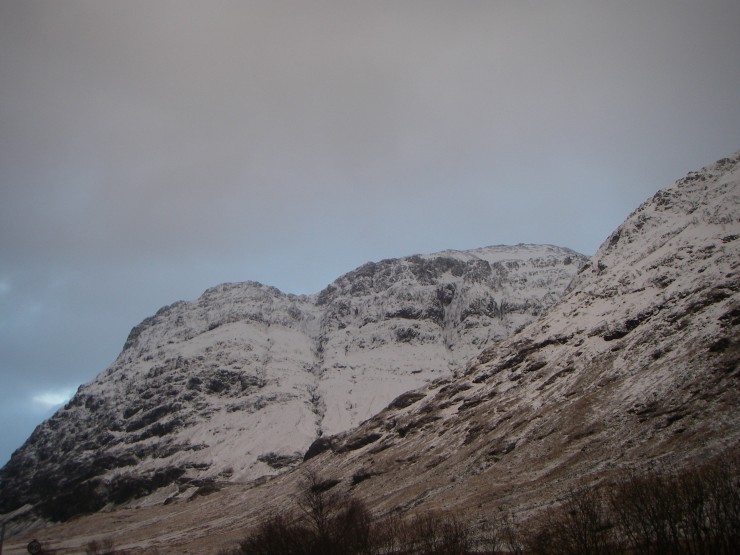 Some windslab will have collected in the gullies on the West face of Aonach Dubh. 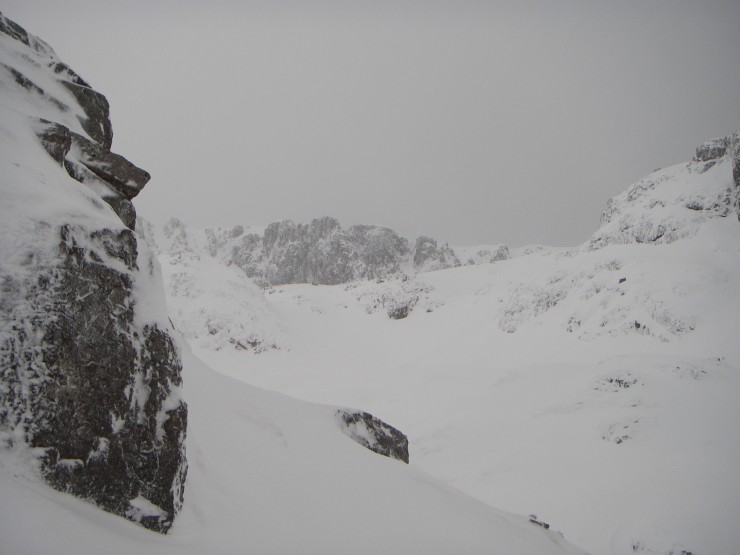 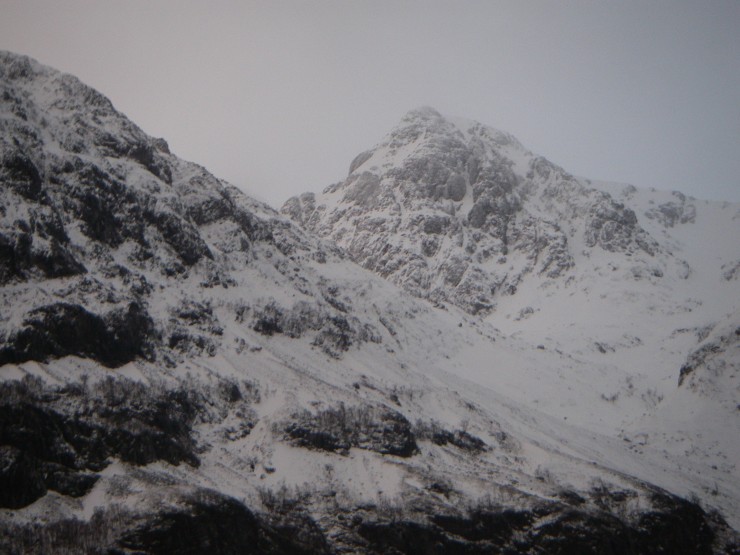