It was a stunning morning in Glen Coe with light winds, some sunshine and lots of fresh snow above 200 meters. What a contrast to the storms which feel like they have been raging for weeks. In some places parking was an issue as many of the lay-bys are blocked with snow. There was also some congestion with lots of people trying to get to the Glencoe Mountain ski area. Off the road, the soft snow made it look like heavy going on foot. 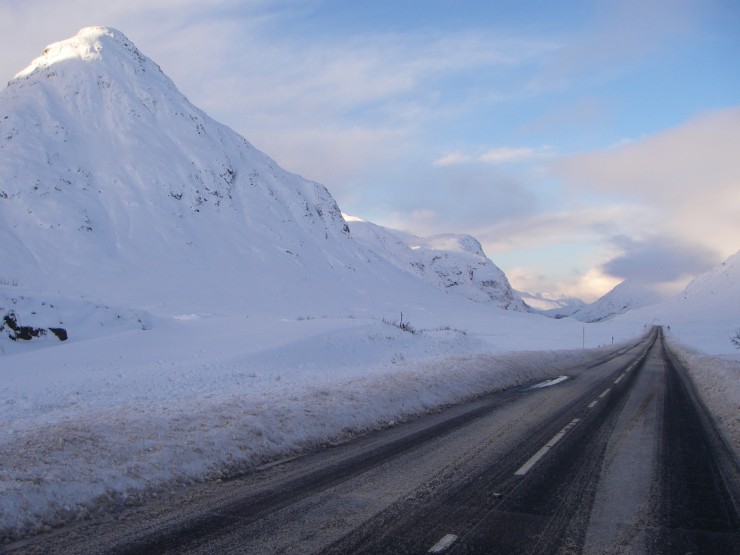 Buachaille Etive Beag and the A82 this morning 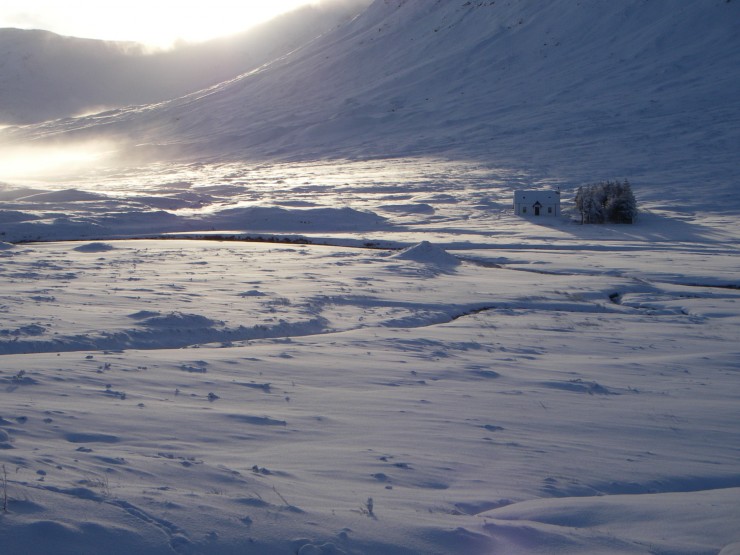 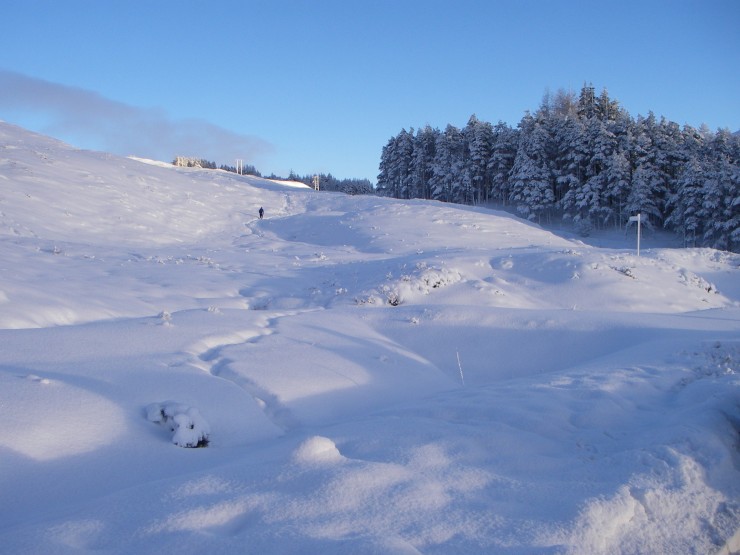 Hard going on foot at 300 metres 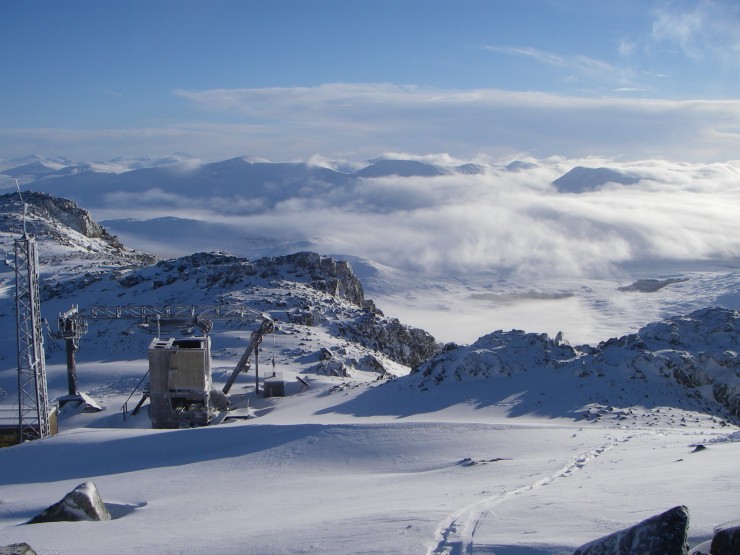 Looking South from near the summit of Meall a Bhuridh. Note the the reinforced concrete roof of the hut is missing. It was blown of during the recent storms. Gives you an idea of how windy it must have been.