After a days thaw, Coire nan Lochan was back in business with lots of folk out on a range of routes. Â There was some evidence of small slides and cornice collapse during the thaw but today the snowpack was firming up as it went colder. 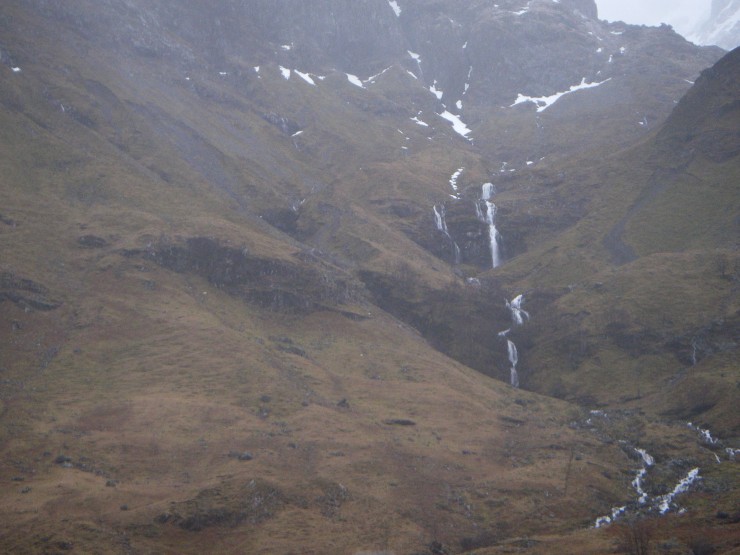 Still some water coming off the hill, as I drove up the Glen. 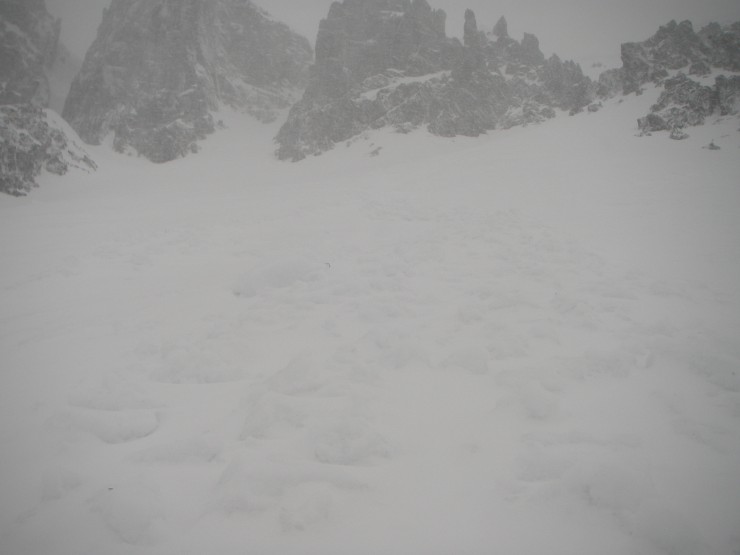 Small track of debris below Pinnacle Buttress released during the thaw conditions. 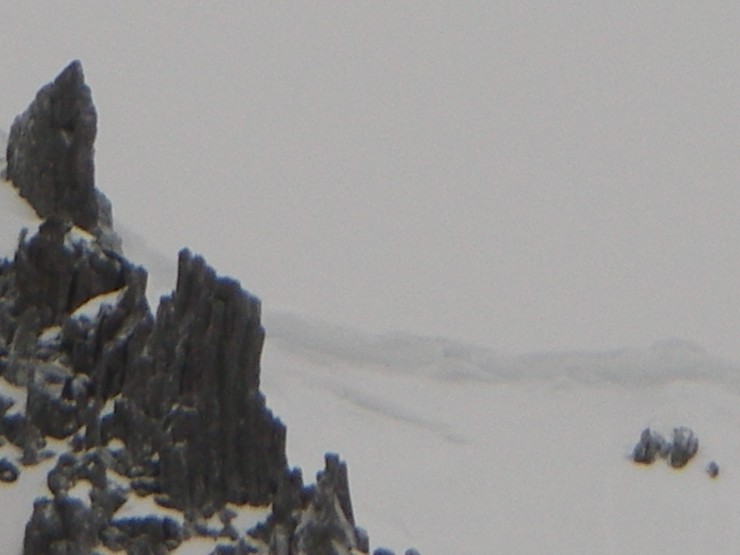 Debris (above) possibly slipped from here (to the right of Pinnacle Buttress).