It was another day of sunshine and showers, but with more sunshine and less showers than yesterday. The moderate wind had veered, and there was a fair bit of snow transportation going on. Â In these moderate winds the main process of transposition is saltation. Saltation is a term that the describes the transport of a particle by a fluid such as wind or water. Examples areÂ pebble beingÂ transported by rivers,Â sandÂ drifting over desert surfaces,Â soilÂ blowing over fields, and of course snow being blown by the wind.

Saltation occurs in the following manner; When the wind speed reaches a certain critical value, termed theÂ impactÂ orÂ fluid threshold,Â the drag and lift forces exerted by the fluid are sufficient to lift some particles from the surface. These particles are accelerated by the fluid, and pulled downward by gravity, causing them to travel in roughly ballistic trajectories.Â If a particle has obtained sufficient speed from the acceleration by the fluid, it can eject, orÂ splash, other particles in saltation,Â which propagates the process.

The process was very evident today. During gusts and periods of higher windspeed there was a clear saltation layer just above the snow surface (as seen in the bottom picture). In the lulls in the wind, the effects of this saltation could be seen in the Â juxtaposition of the erosional and depositional features which are also shown in some of the pictures below.

The result of the weather over the past few days, is that there is a now a fair bit of unstable windslab on sheltered lee aspects, and that it continued to build through the day. Although I did not see any fresh avalanche activity today, it is likely that there would have been some avalanche overnight or during the day. If you do see avalanche activity you can report it on the SAIS website.

p.s thanks to wikipedia for the description of saltation which I borrowed and tweaked. 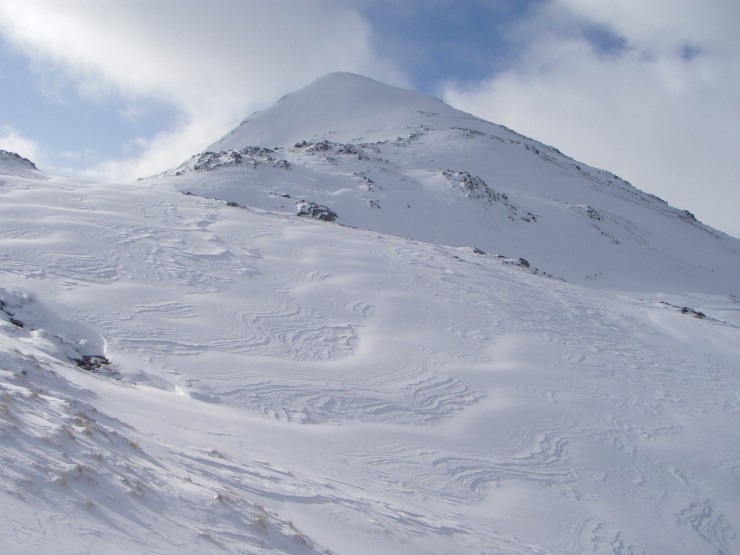 Looking up at Point 902 0n Buchaille Etive Beag. A nice combination of erosion and deposition features in the foreground. 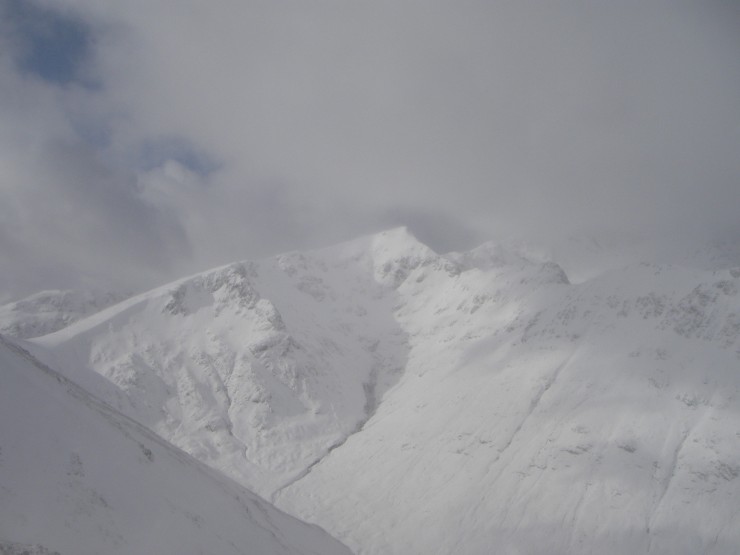 Looking quite snowy over on Stob Coire Sgreamhach. 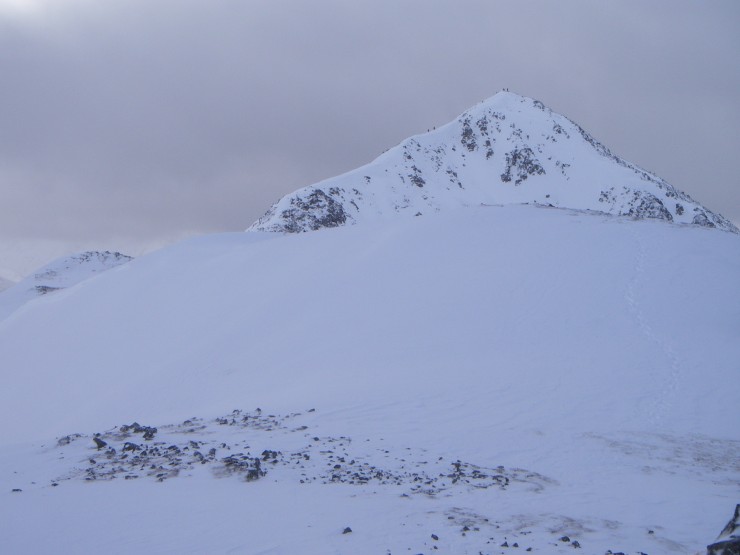 Walker approaching and on the summit of Stob Dubh. 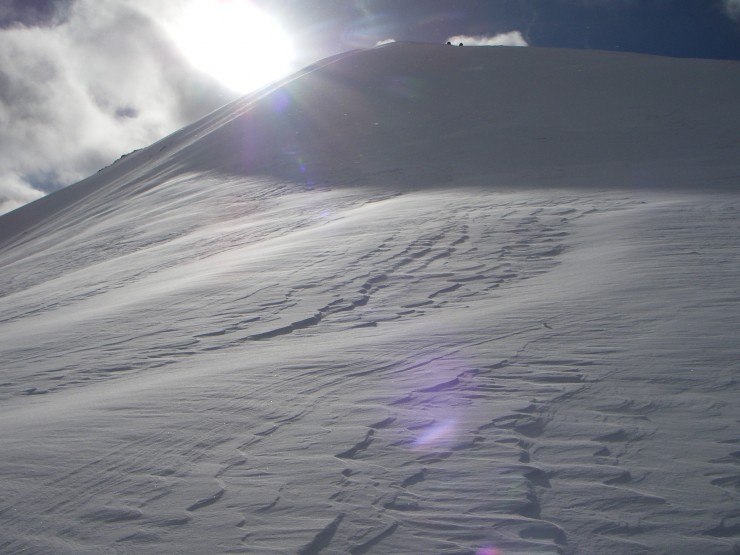 Erosion/deposition features next to each other. 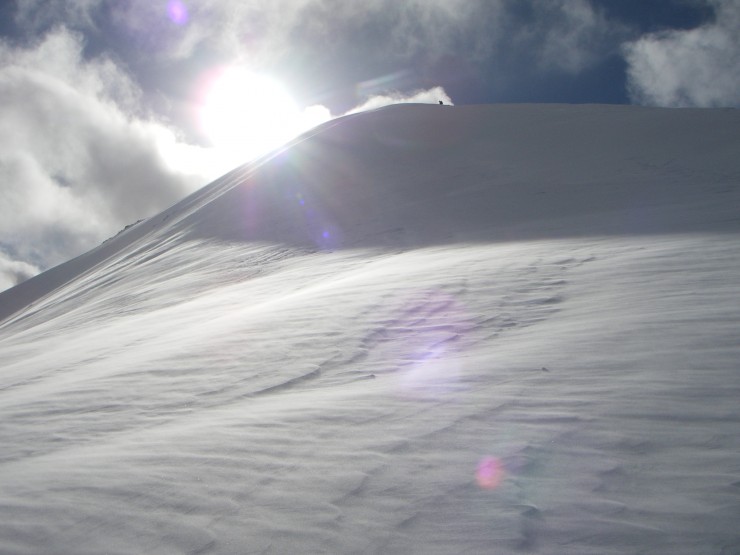