There were snow showers overnight and through the day. It did try and clear between showers, but never quite made it. The picture below show the best of the clear periods. There is a fair bit of fresh snow around, but as is usually the case in the Scottish hills, there are deep drifts in sheltered lee aspects while exposed windward locations are scoured. The effect shows up quite well in the first picture, in the foreground (which faces roughly East was sheltered by a mountain behind) there is a uniform layer of soft deep fresh snow. However further into the background the progressively more exposed ridge and hillside holds less and less fresh snow.

There was some avalanche activity Â today, a couple of slabs were triggered by the Glen Coe ski patrol, and a natural avalanche occurred on Creise (unfortunately the light was too flat for any good pictures). 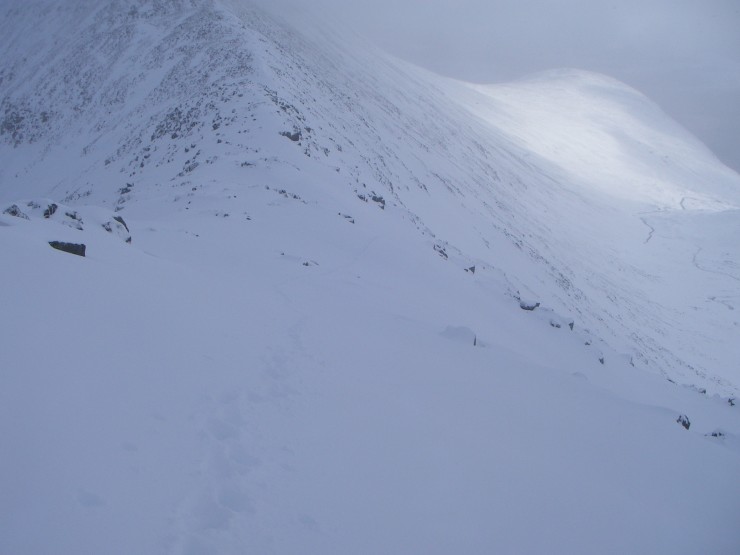 Deep snow in sheltered foreground, little fresh snow on the exposed ridge in the back ground. 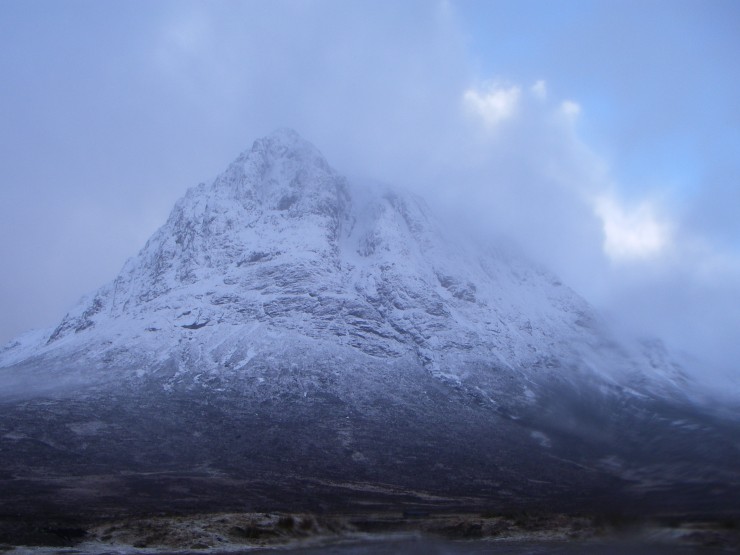 The Buachaille between snow showers