After being clear earlier, it clagged in this morning on Meall a Bhuiridh. Â The hills are showing the dearth of recent snow – and nothing forecast to change things in the next 24 hours. 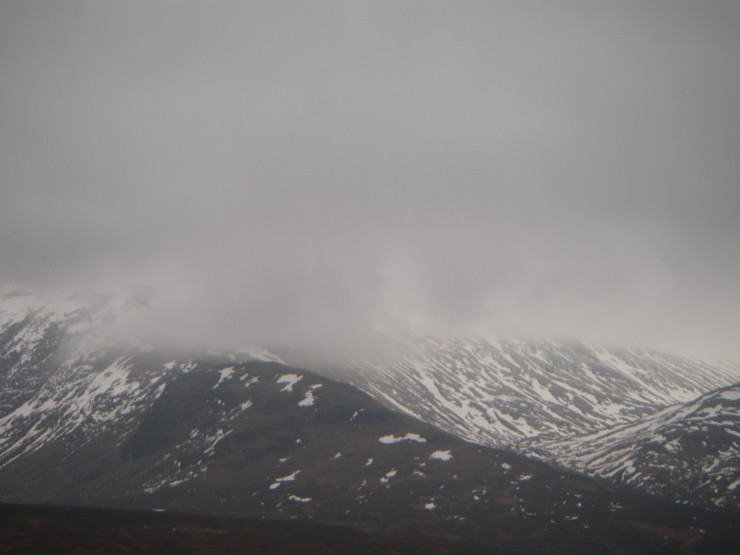 After being clear early on, the summit of Meall a Bhuiridh was shrouded in cloud 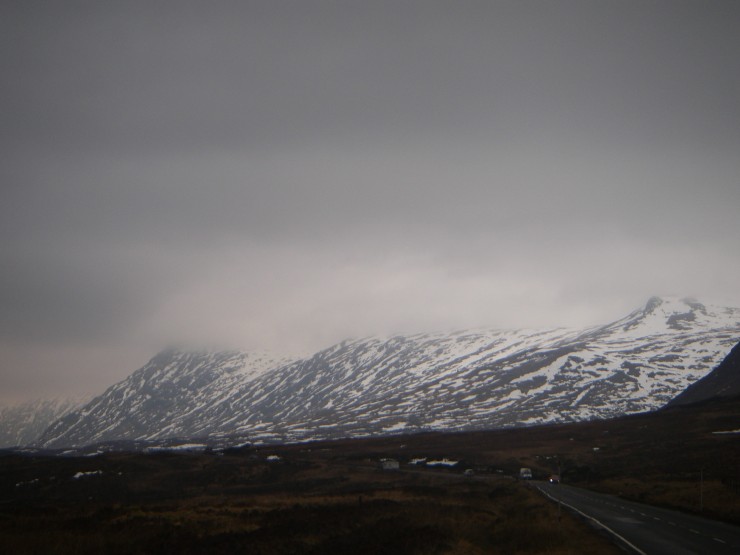 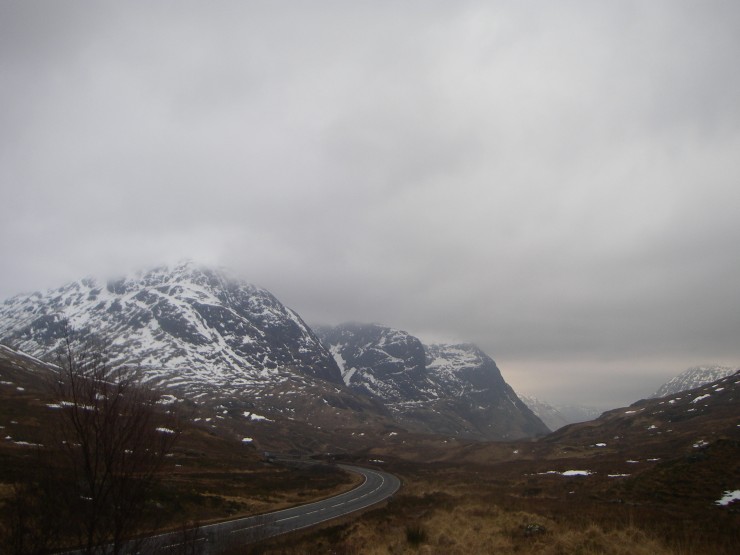 The Three Sisters just about clear of the cloud