The snowpack at lower altitudes is getting stripped back by the thaw. Â Both the West face of Aonach Dubh and the South flank of the Aonach Eagach were looking very bare. Â It was heavy going once you hit the snow, walking up into Coire nan Lochan, as the snowpack was so soft. Â Cresting the rise into the base of the corrie, I heard the rumble of an avalanche release and soon sighted debris which I assumed were from the same event. Â Visibility was poor but the debris seemed to have come from the area of North Gully – it had flowed well down towards the base of the corrie. Â There were nearby blocks from collapsed cornices so I assumed this avalanche had been triggered in the same way. 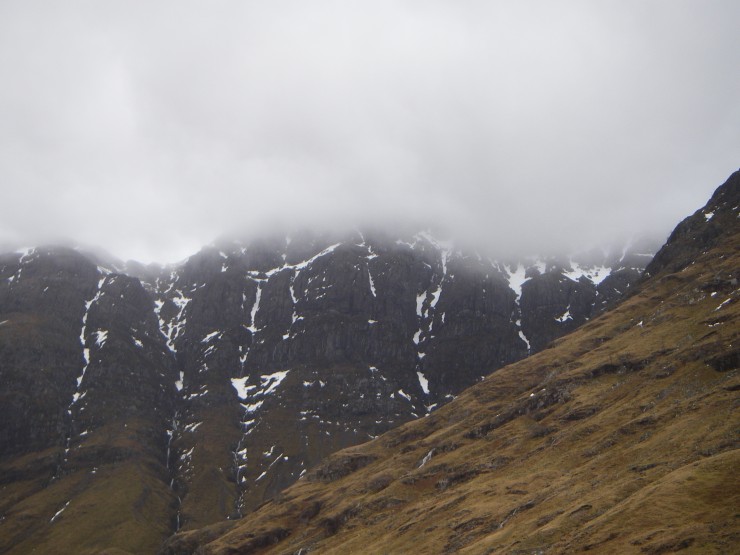 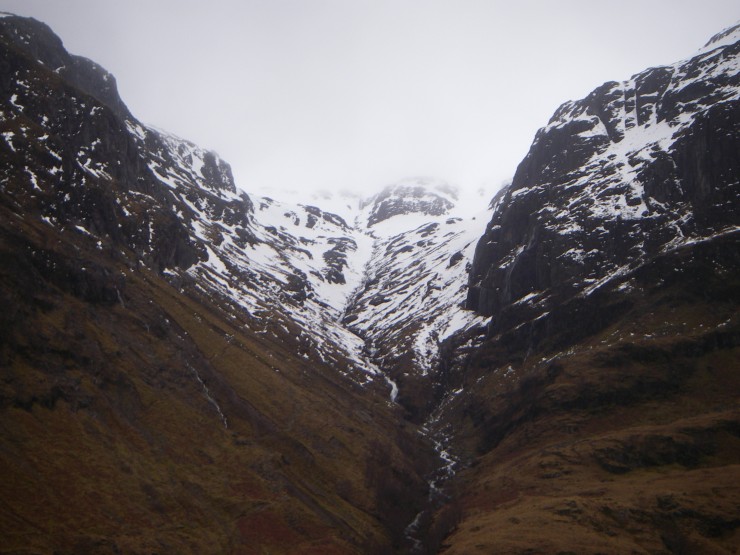