A return hike back into Coire nan Lochan. Â Hard work in deep snow for everyone making their way up into the corrie and wild weather when we got there – ‘white-out’ conditions during the showers. At least three avalanche tips noted (thanks Alan) over the previous Â 24 hours, two of which could be pinned down to occurring between 12.30 – 14.30 on Friday when the temperature was rising and precipitation changing from snow to rain. 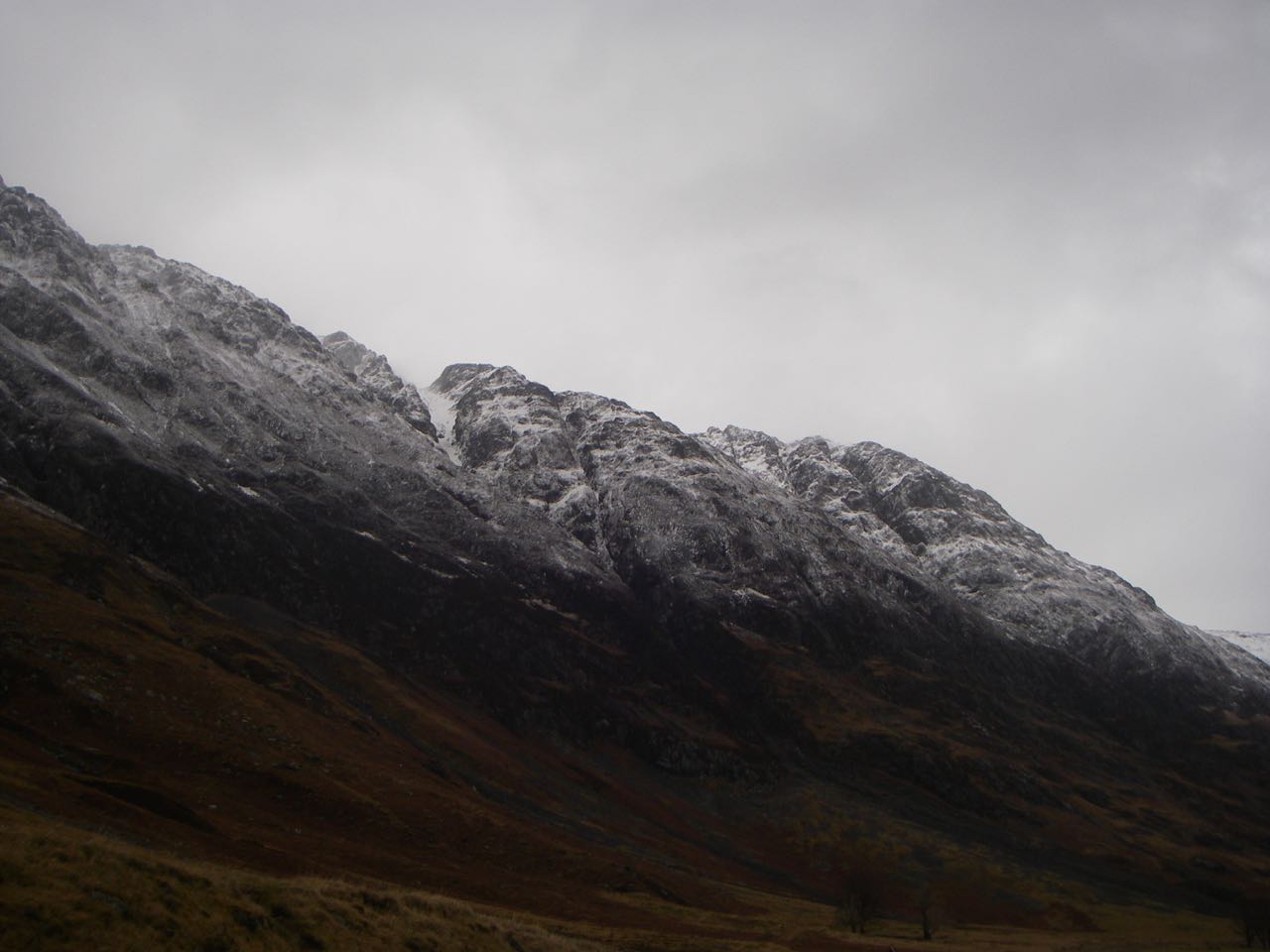 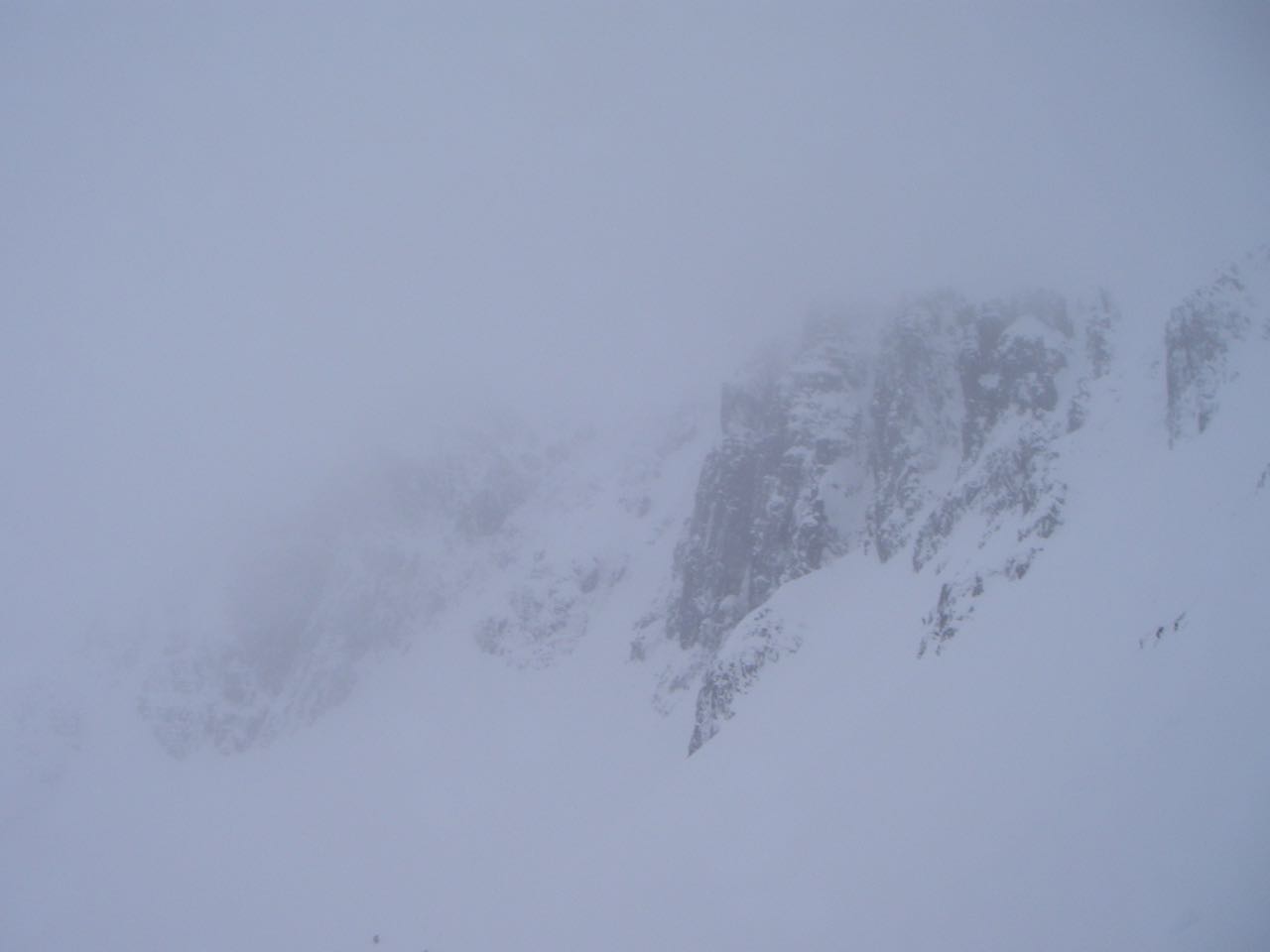 A glimpse across Â Coire nan Lochan between showers 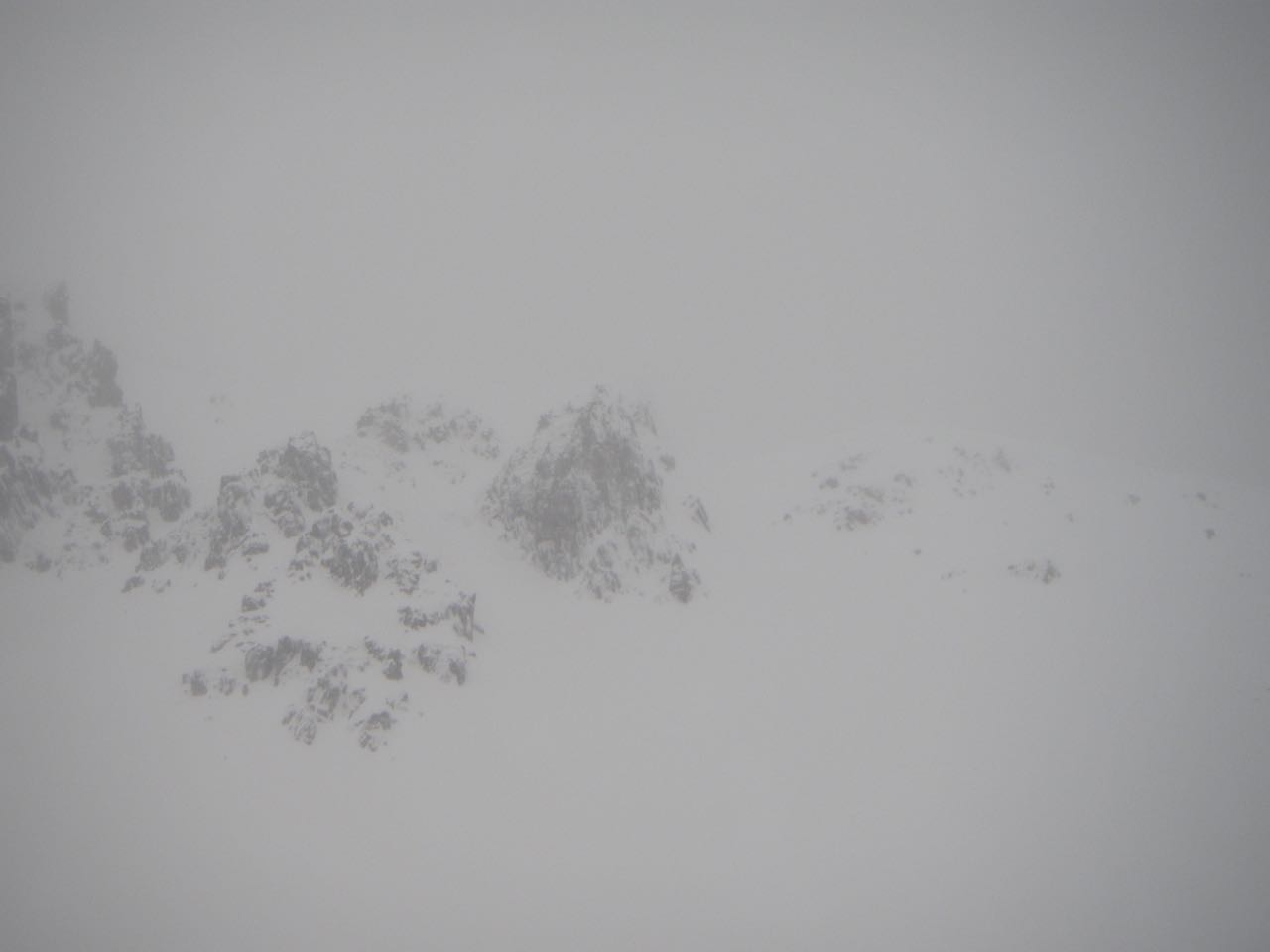