Another fine start to the day. Â Blue skies and plenty of people about enjoying the hills. Â It became slightly more overcast later, but still a lovely day for the hill. 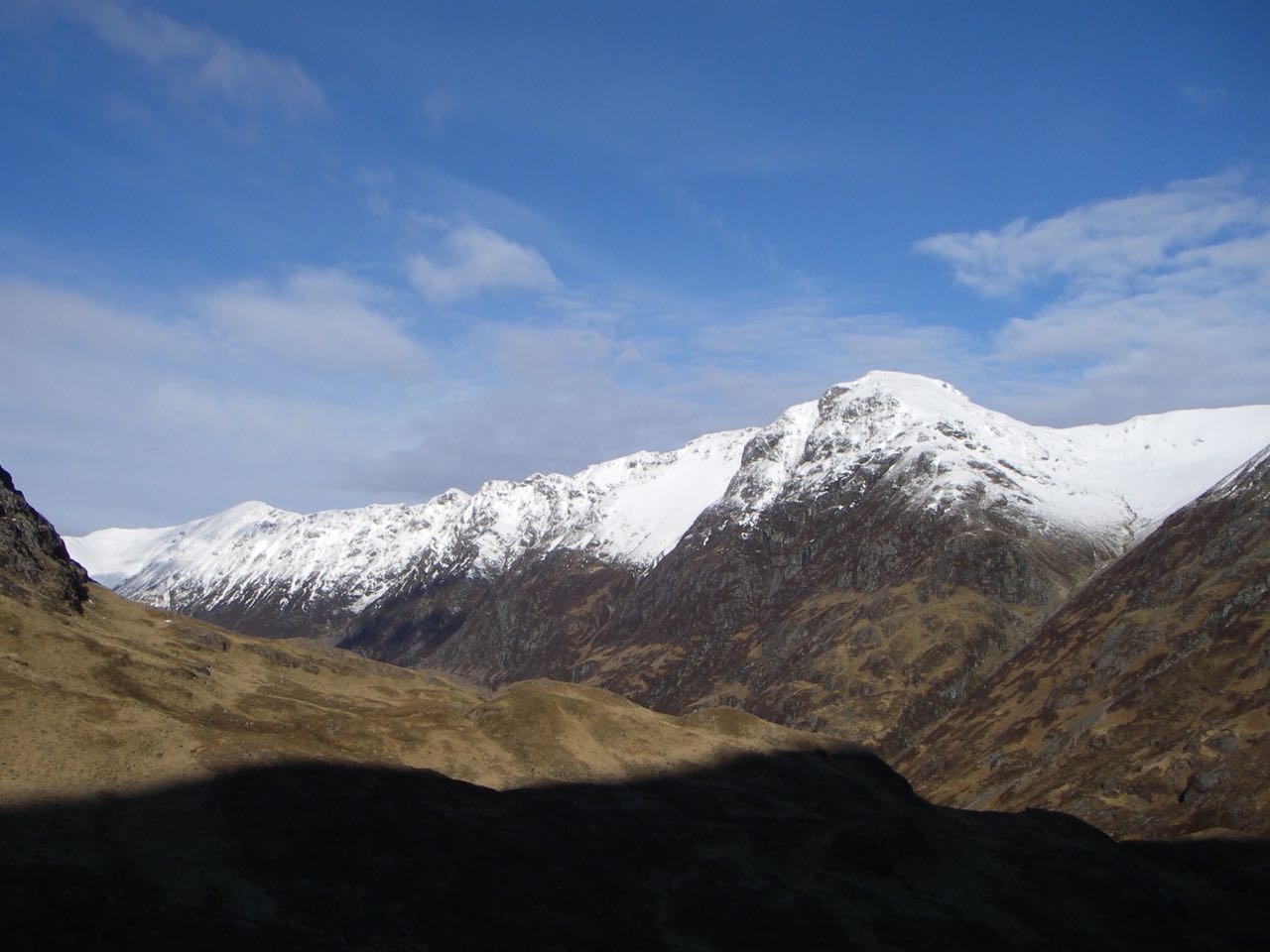 The Aonach Eagach in the early sunshine 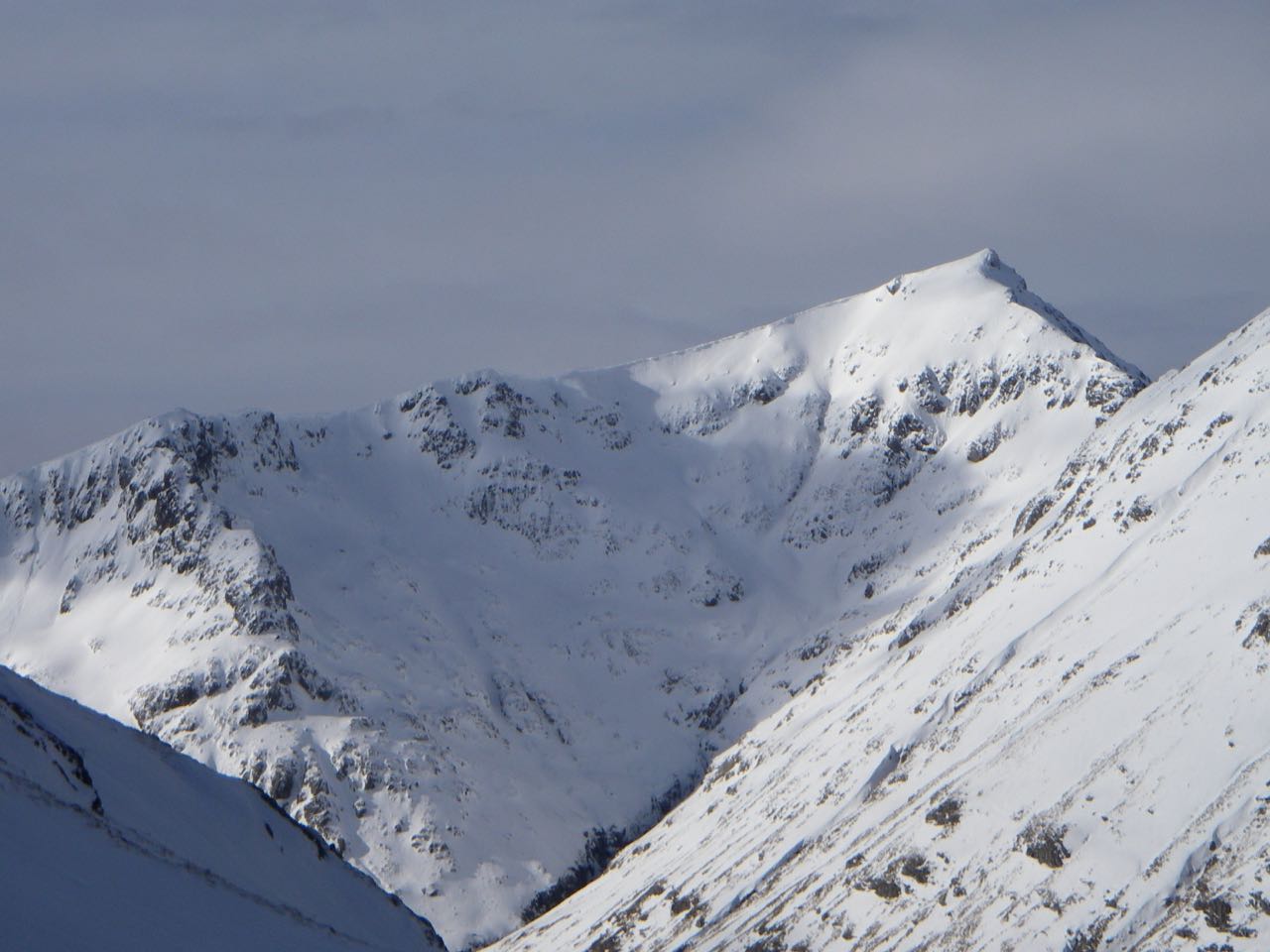 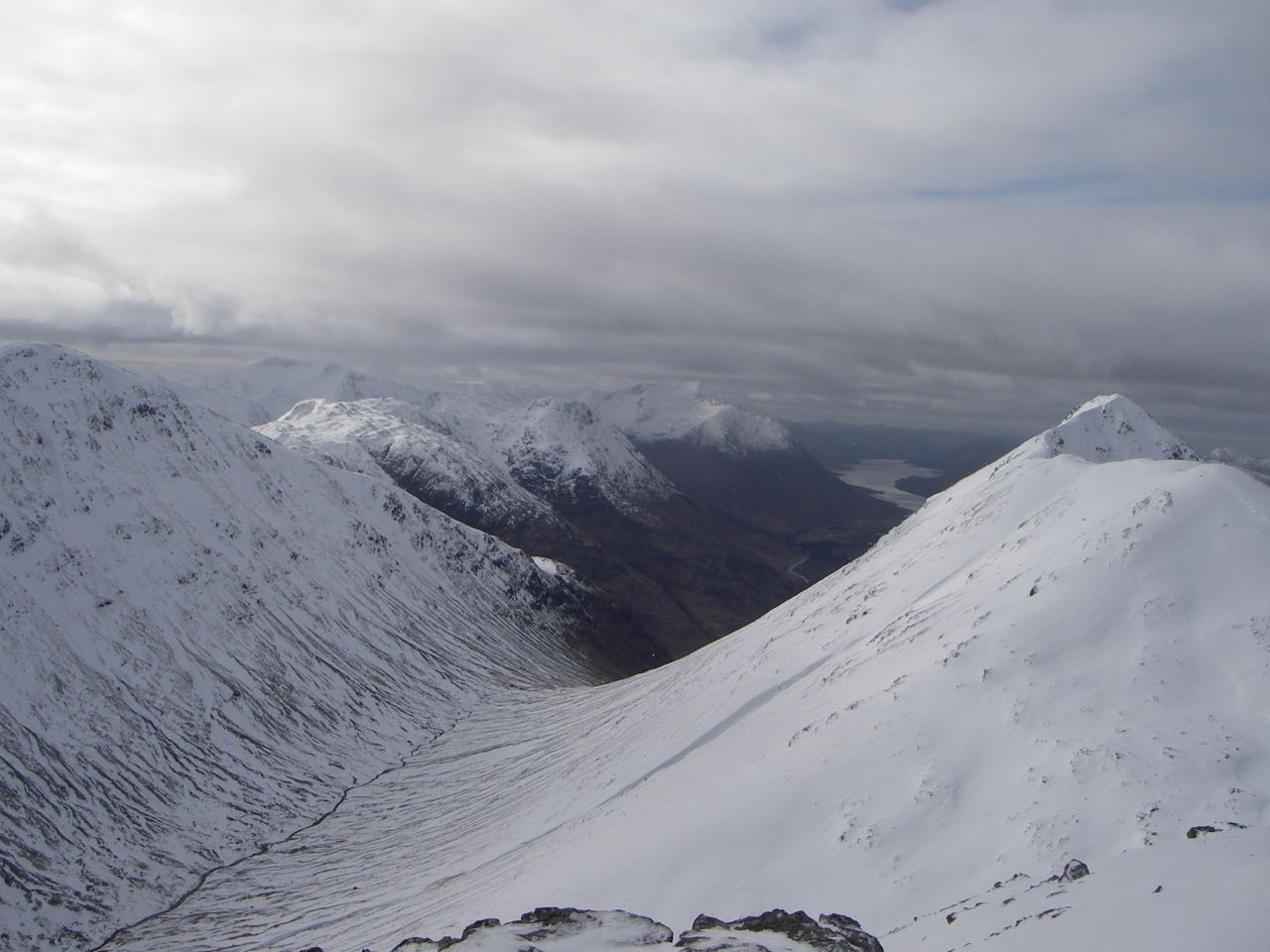 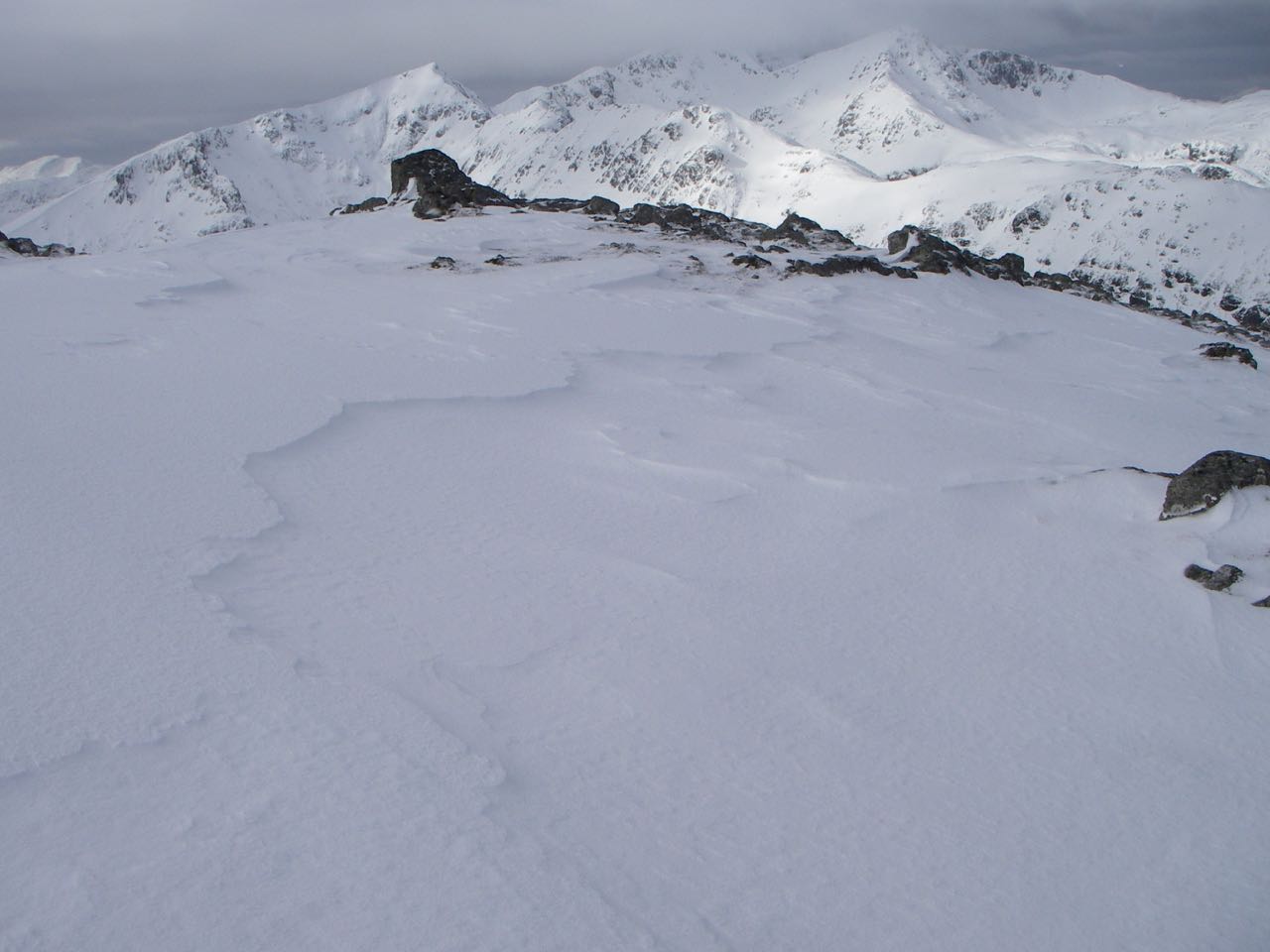 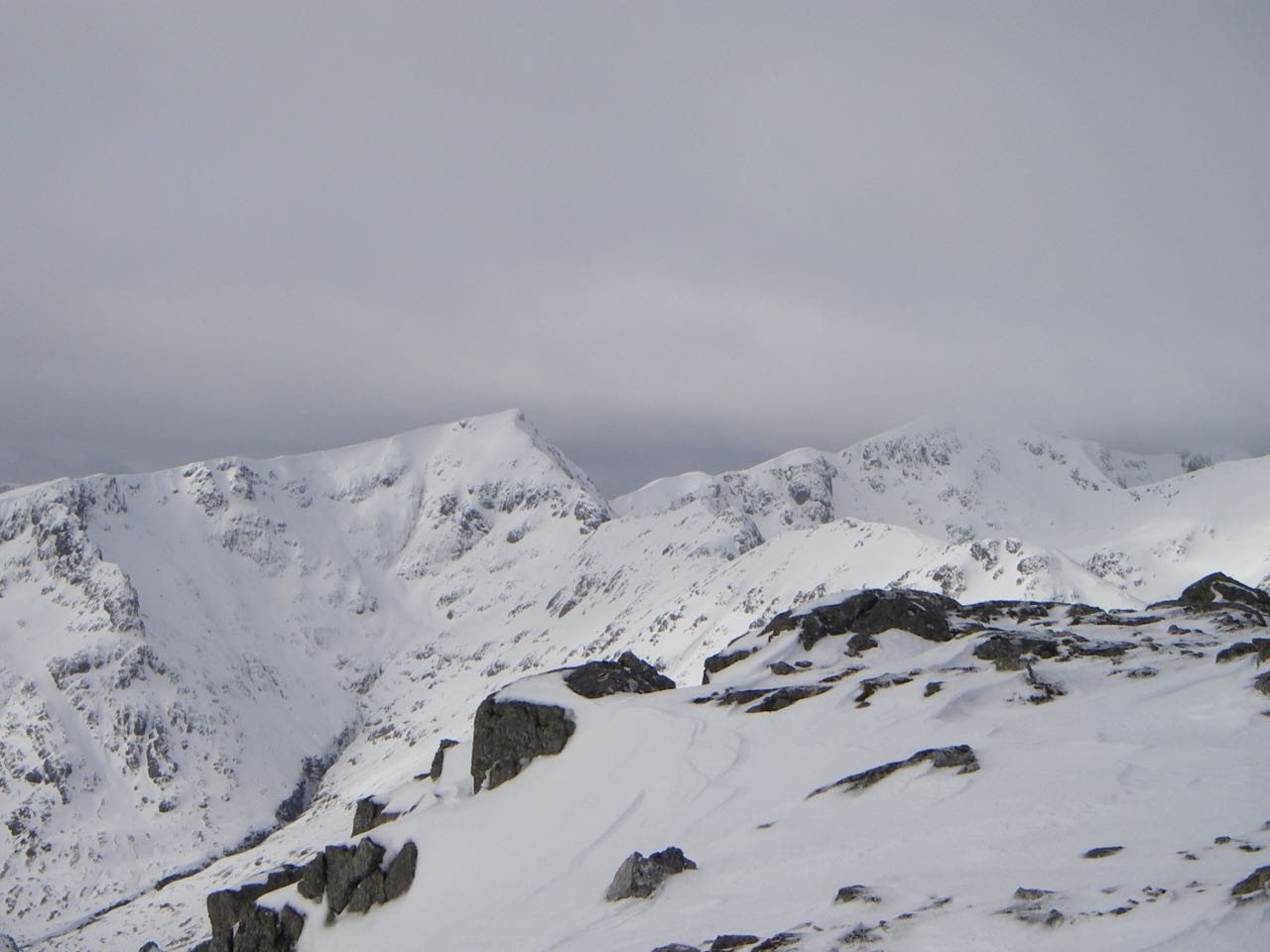