A misty start to the day with the mist sitting at about 400 metres. Â However things improved and the cloud level had risen to around 900 metres by mid-day. Â The snowpack is becoming more moist at all levels and is gradually diminishing. 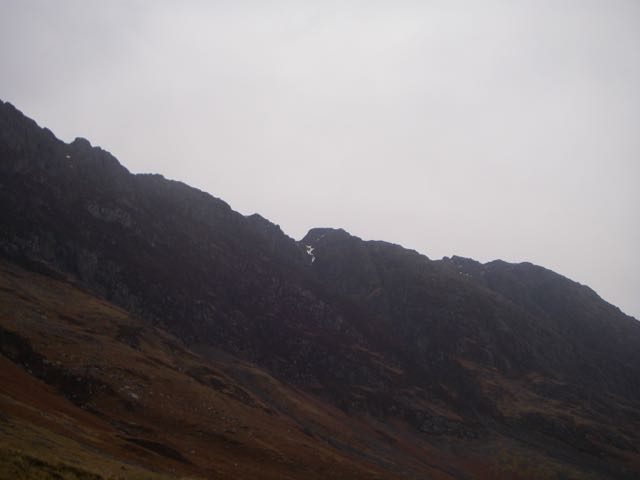 Little snow left on the crest of the Aonach Eagach ridge

Contrast the lack of snow to be seen on the ‘craggy’ Buachaille compared with the still well-covered snowfields of the more mellow Meall a Bhuiridh. 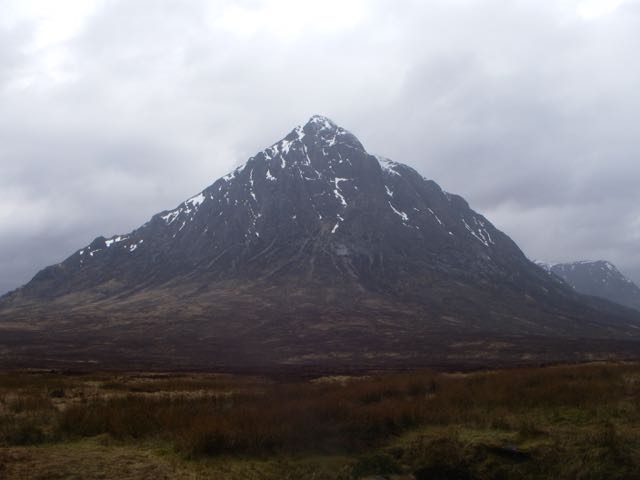 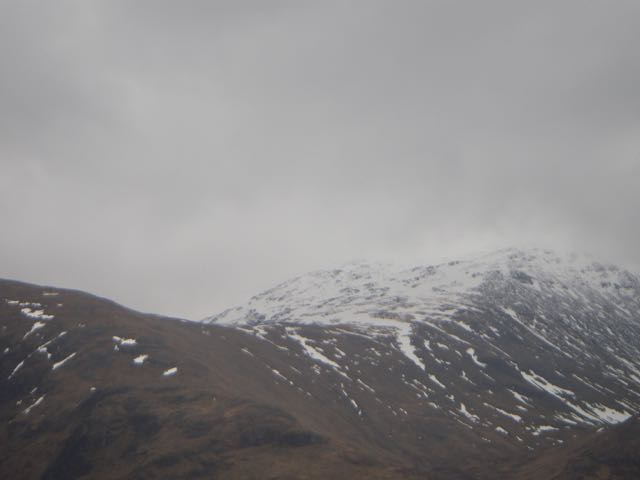 Still plenty of snow on the upper Northerly slopes of Meall a Bhuiridh.