A day of low cloud, which didn’t lift through the morning and steady showers. Â The snowpack is thawing at all levels, and steadily diminishing, as evidenced by the overflowing burns and soggy boots. Â The overnight fresh snow was insufficient to obscure yesterdays footsteps round the summit of Meall a Bhuiridh. 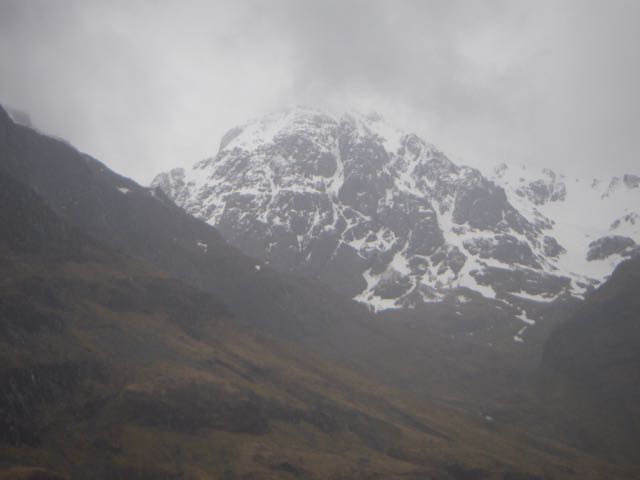 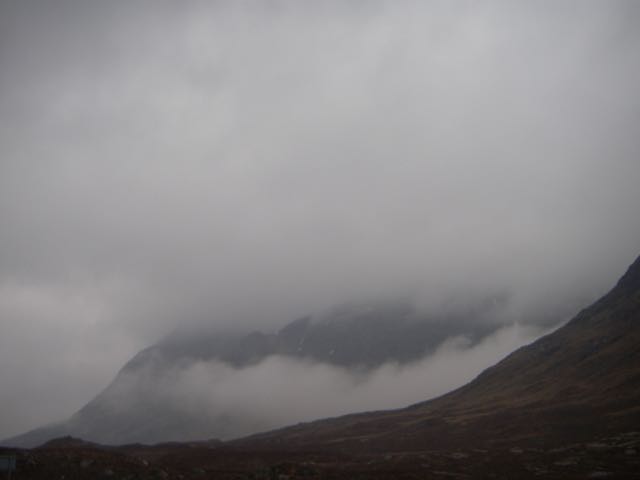 Wreathes of cloud on Stob Dearg further up the Glen 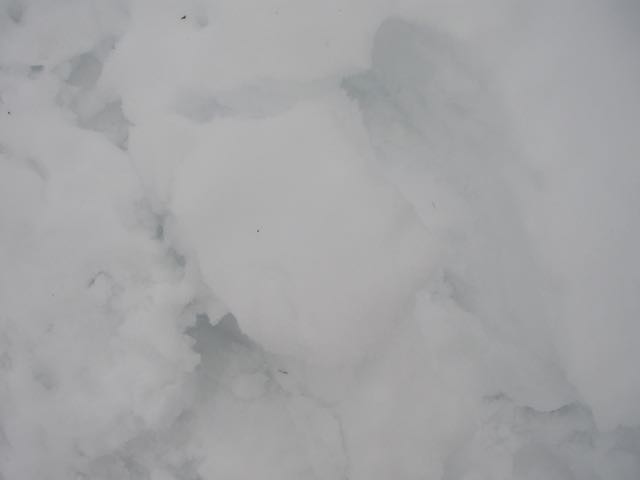 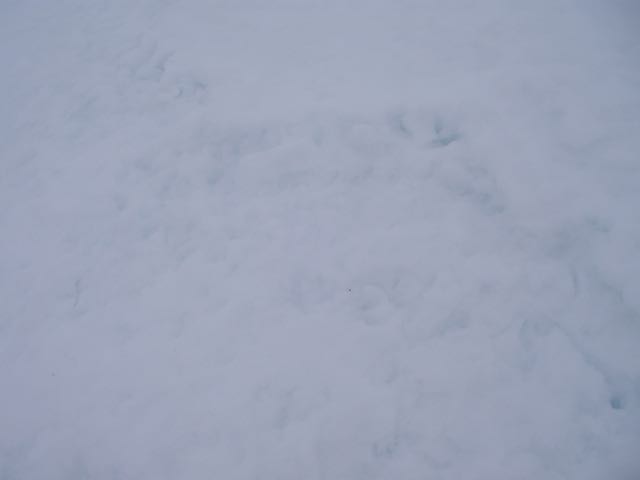 A shallow crown wall (5cm.) from a wet snow slab release. It was unclear when this had occurred. 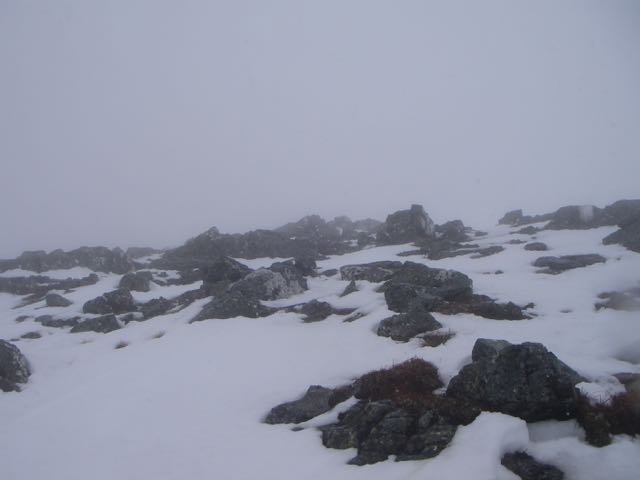 Large snowflakes precipitating – difficult to see in picture! Â Later the snow turned to rain at all levels. 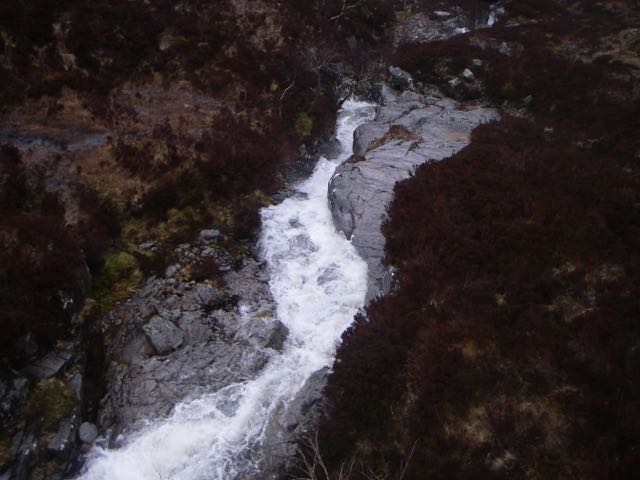 A gushing burn – it tells its own story.