A grey drizzly morning. Â The remaining snow patches aren’t large enough to accommodate the population of grumbling ptarmigans who’ve been caught by the thaw in their white winter plumage. 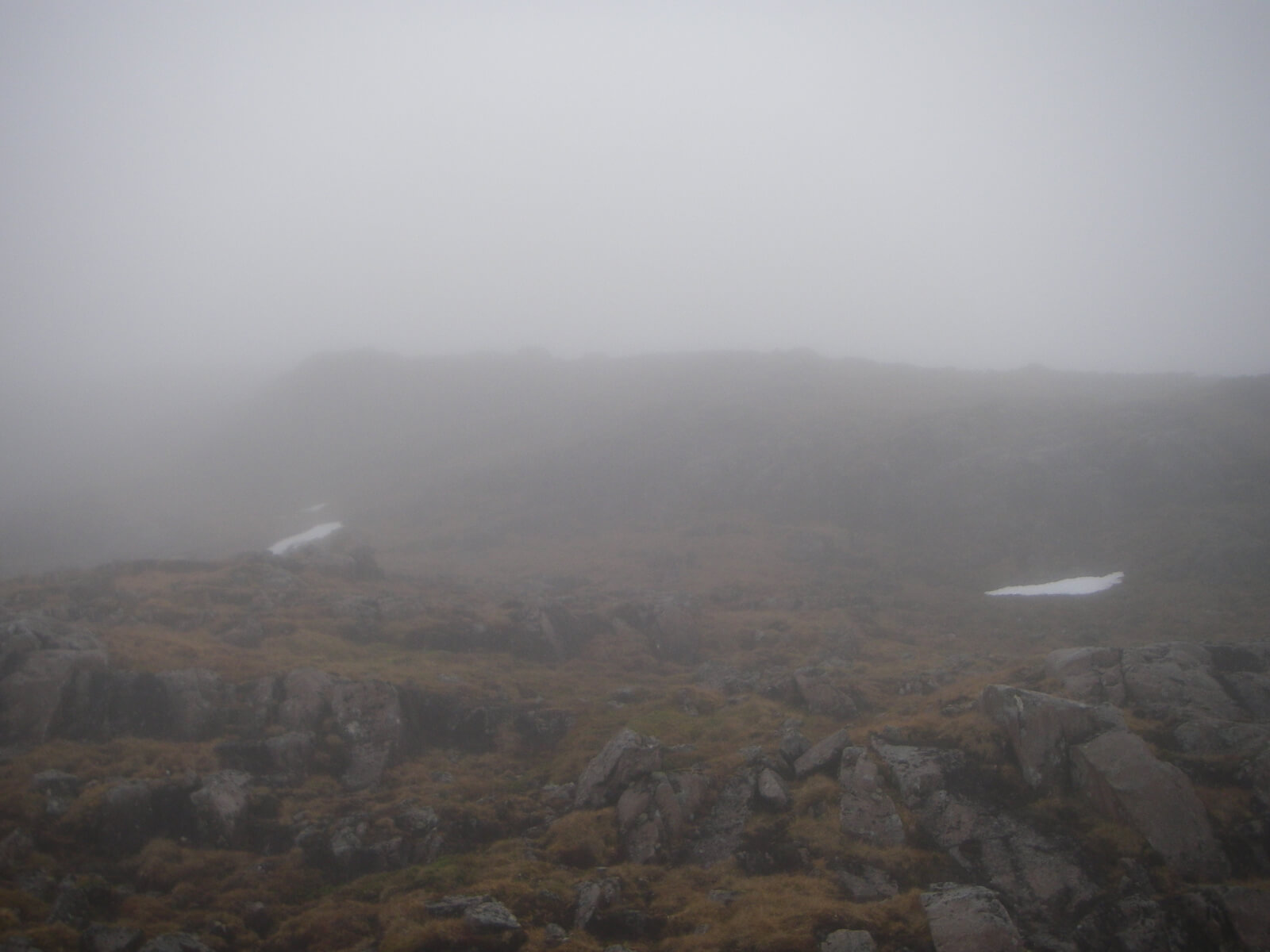 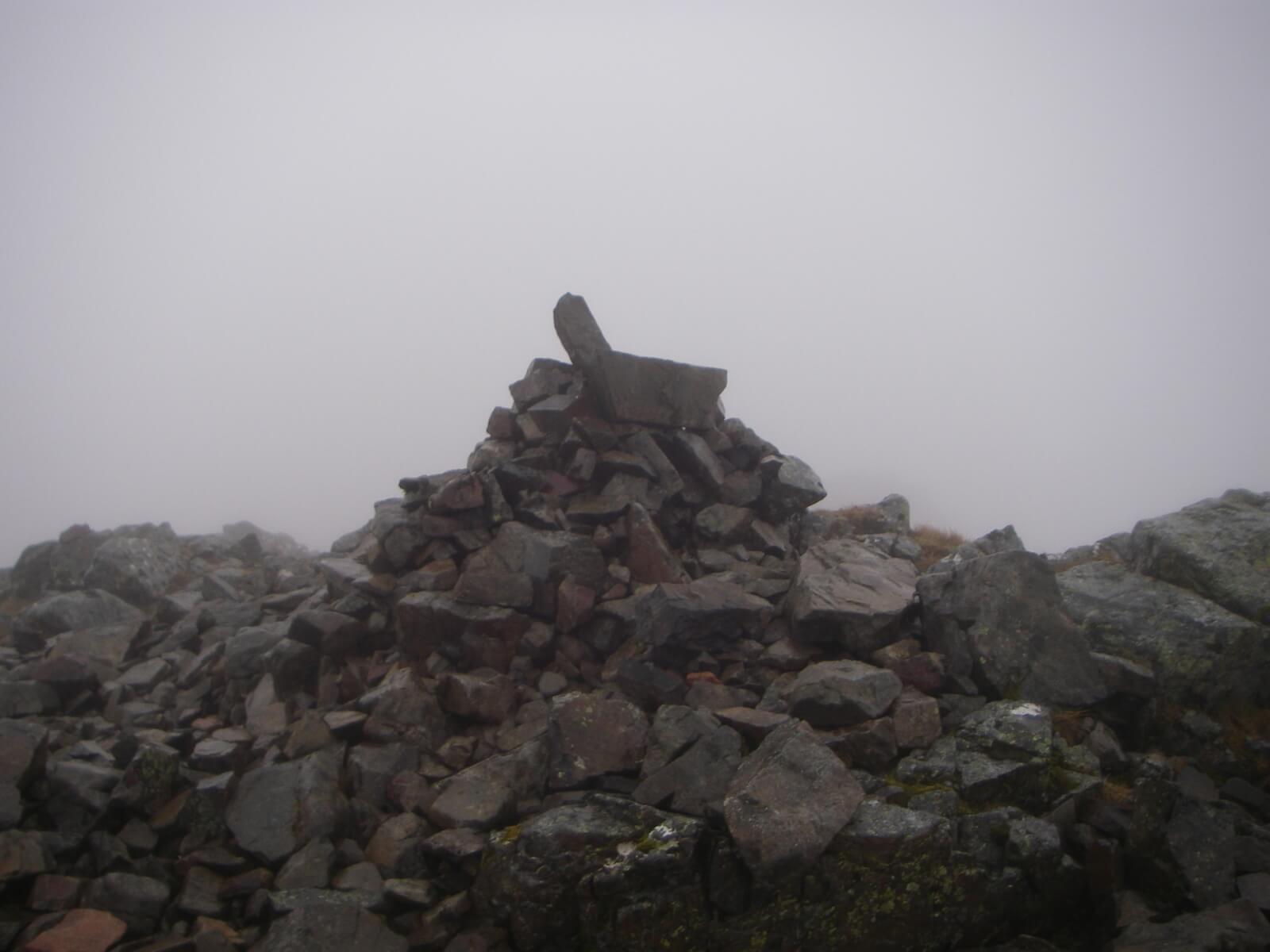 The forlorn summit cairn on Meall a Bhuiridh (1108 metres)