Despite looking promising for a while, it never did manage to clear up today. I went up Buachaille Etive Beag. Near the summit there were was evidence of some transportation by the wind, and some very soft windslab formation. However, these areas were not extensive. 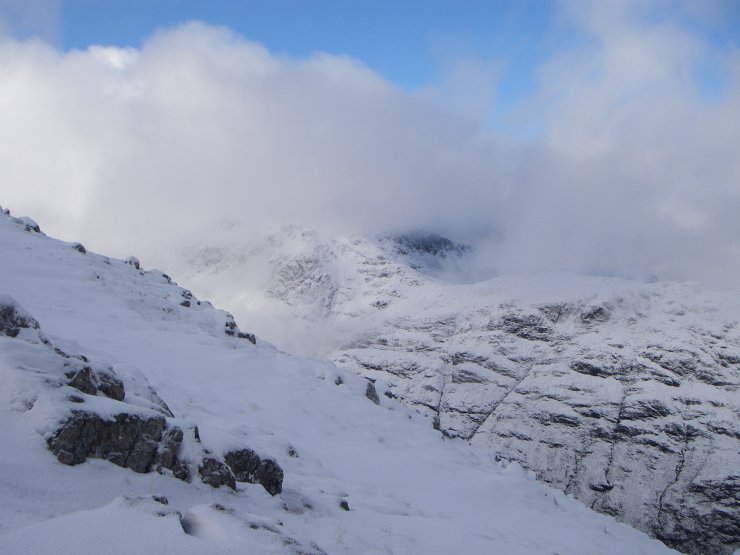 Looking over to Stob Coire nan Lochan. I thought it was going to clear, but it never quite managed it. 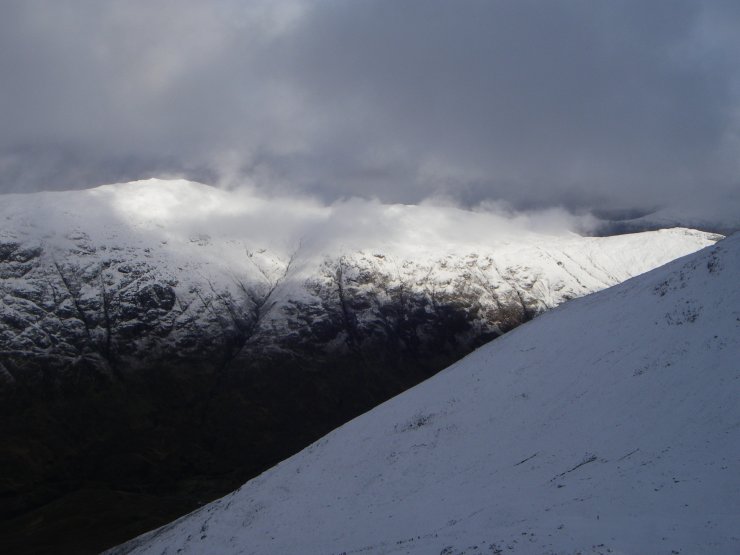 The hills at the East end of the Aonach Eagach catching some sunshine. 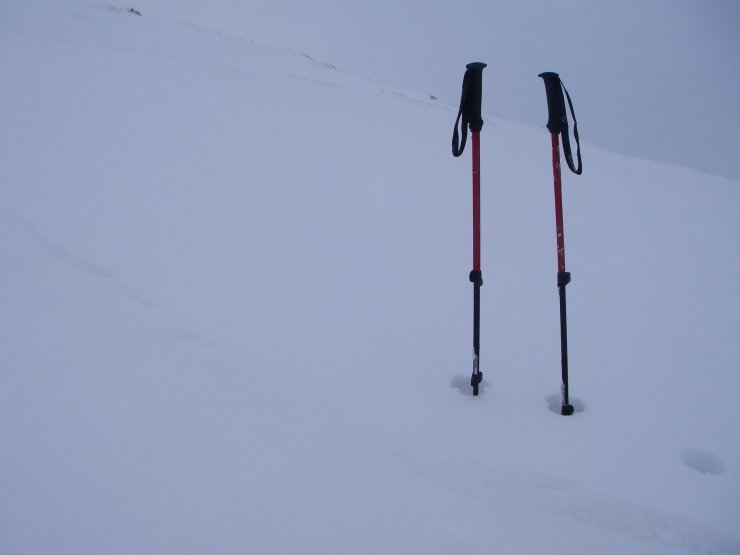 Fresh drifts at higher levels. Here the was about 40cm of fresh snow sitting on top of old hard icy snow. 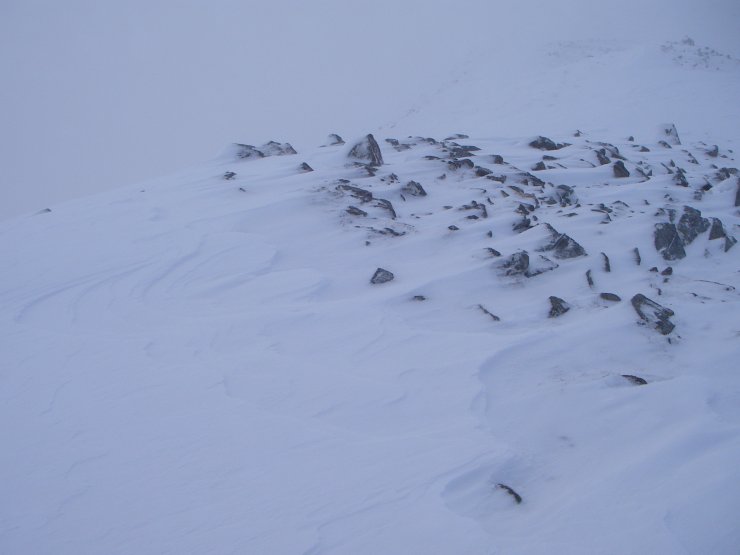 More evidence of drifting at higher levels. The winds had been blowing from the right, scouring the rocks and then depositing the snow as very soft windslab on the left. These areas of windslab generally quite small and isolated.