There was an impressive cloud inversion in Glen Coe today. There were some good optics going on as I emerged from the gloom into the sunshine at an altitude of around 750 meters. Despite the warm summit temperatures, the snowpack was generally hard and icy above the cloud. Looks like tomorrow could be similar although perhaps a bit colder.

A 360 degree view from the summit of Meall a Bhuiridh. 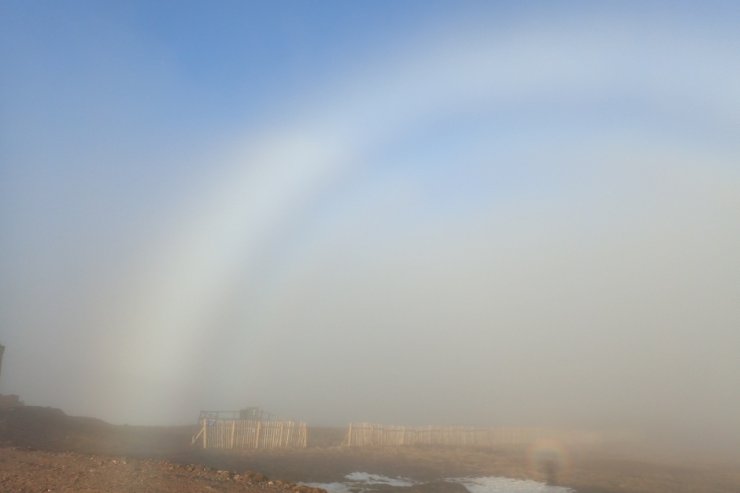 Impressive optical effect near the top of the cloud layer. The out ring(s) is a fog bow, also sometimes called a white rainbow. These are formed in the same way that a rainbow (by the refraction, reflection and dispersion of light) but forms in fog instead of rain. Due to the small size of the water droplets what form fog/cloud (less than 0.05mm) a fogbow only has very weak colours. Â The much smaller inner ring of light (by the snow patch) is a glory. This is formed by a different process to the fog bow, and the exact mechanics of it are still a matter of debate. They are often associated with Brocken Spectres, and one can just above be seen in the middle of the glory. 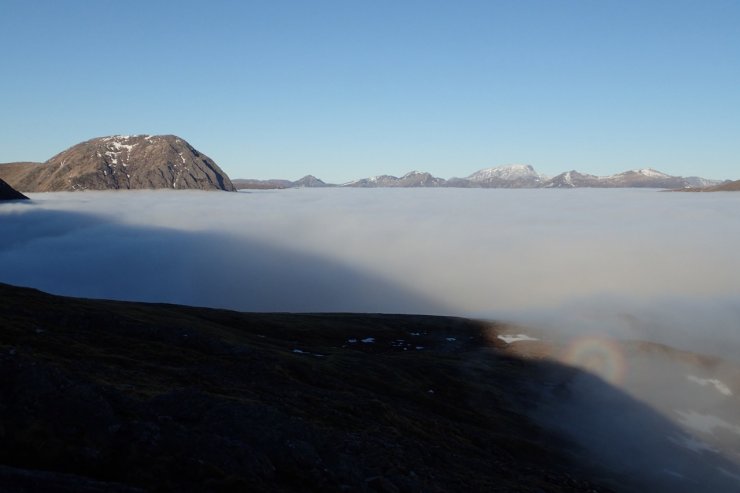 Looking North towards Ben Nevis with a glory in the bottom right of the shot.Â 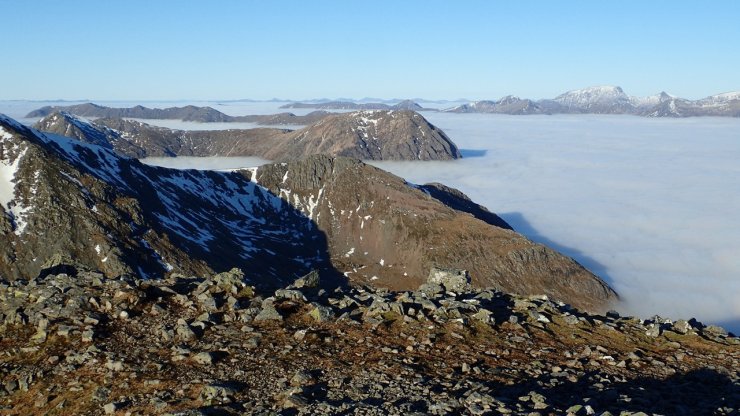 The View North West from the Summit of Meall a Bhuiridh.Â 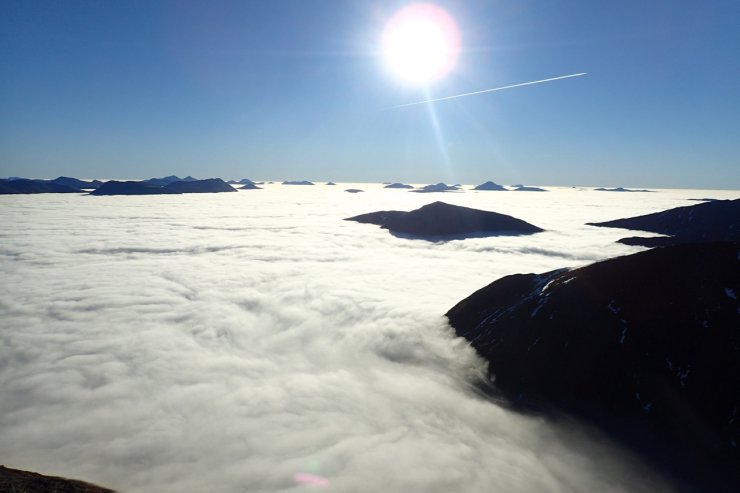 The view South from the summit. 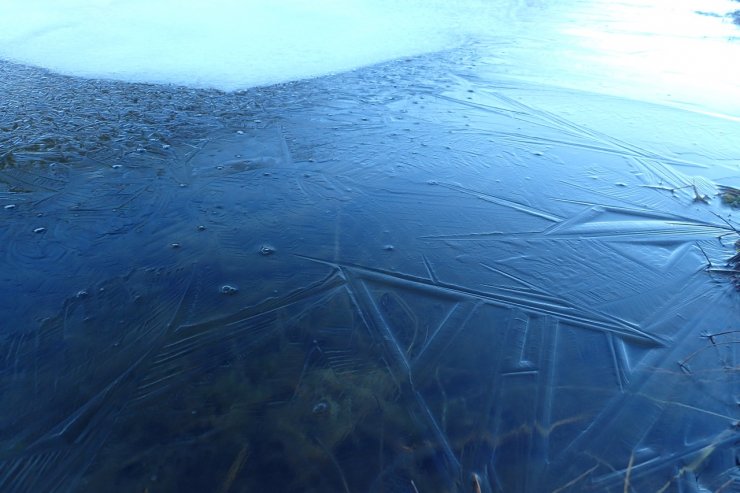 Despite the warm summit temperatures (+6C) the snow was mostly frozen hard and there was ice on the puddles.Â