Hopefully the falling temperatures will put the brakes on the thaw of the remaining snow, even if there’s no immediate prospect of much fresh snow coming in. Â It was a misty start to the day but it was beginning to clear by early afternoon. 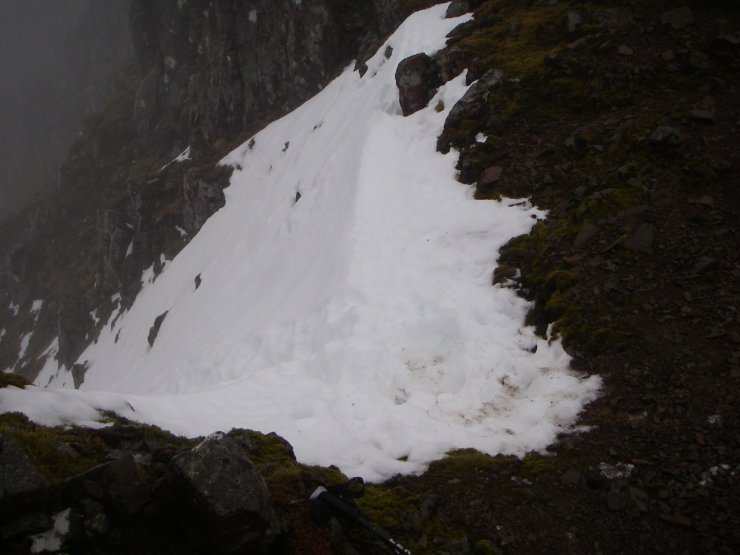 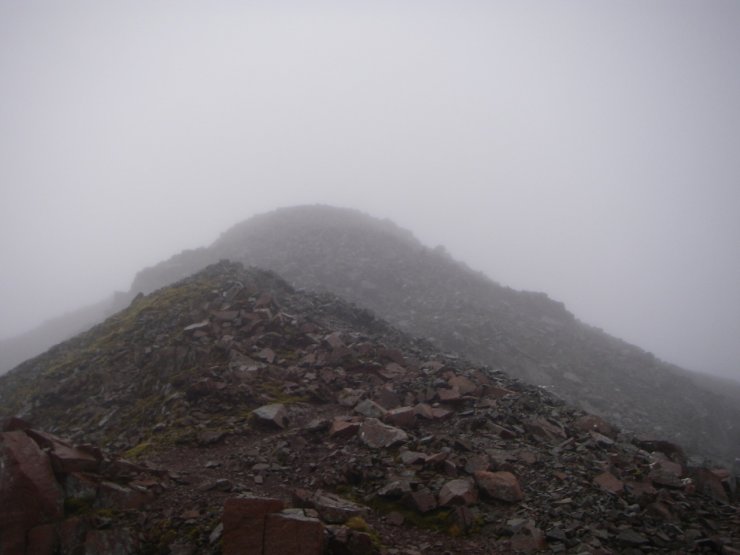 Again from yesterday, looking up at the NW aspect of the summit of Stob Coire nan Lochan – no snow to be seen 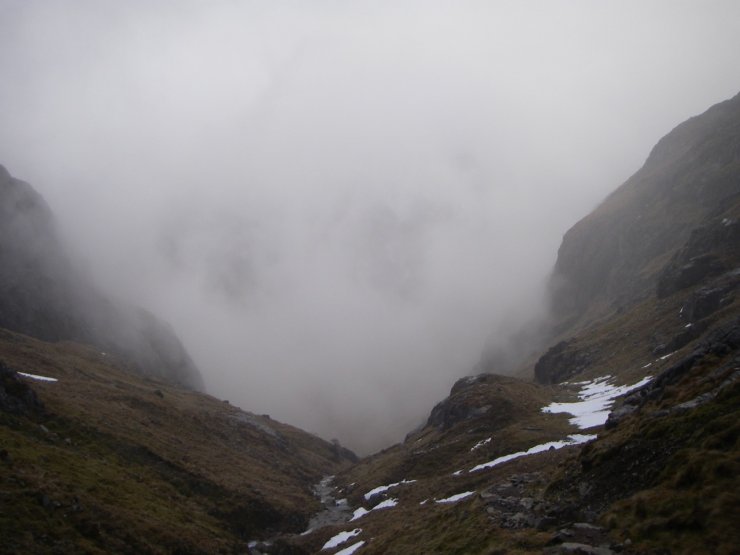 Today, a broth of mist enticed us up into Coire nan Lochan 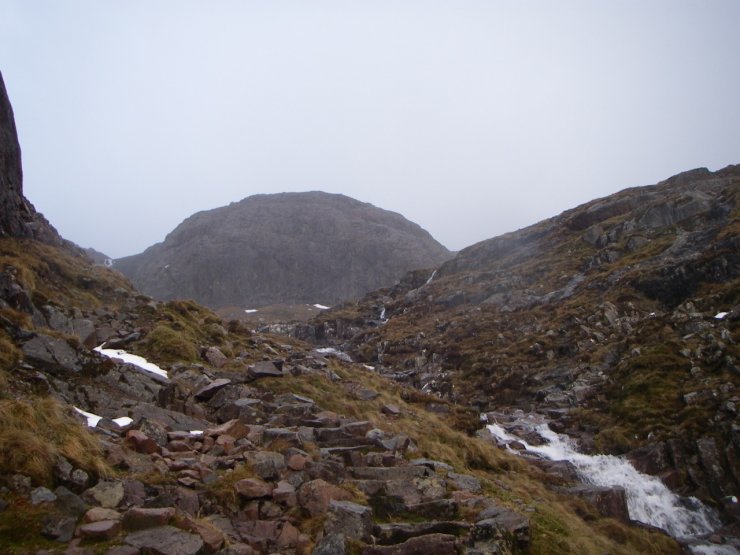 Clearer by the time it came to walk down 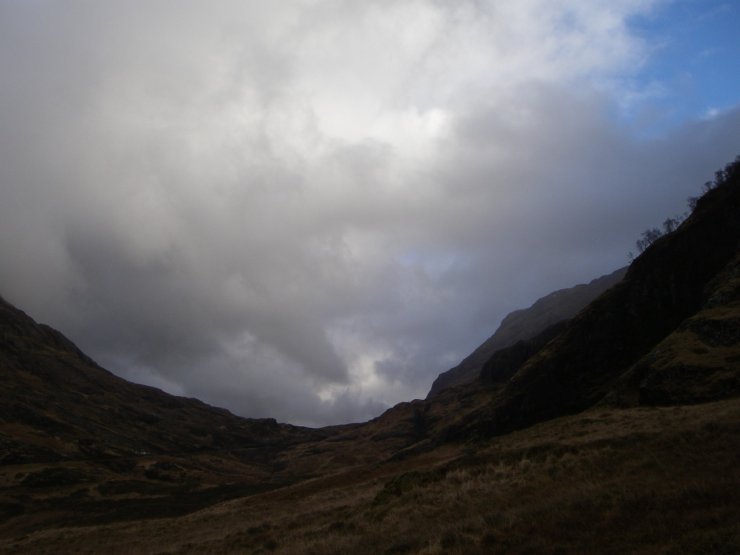 A hint of blue sky looking East in the early afternoon