Parking was at a premium in the Coire nan Lochan lay-by! Â Lots of people up Broad Gully and Dorsal Arete and on the steeper routes too. Â Pretty windy with some snow being transported by the wind out of the corrie onto the West facing slopes above the West face of Aonach Dubh. 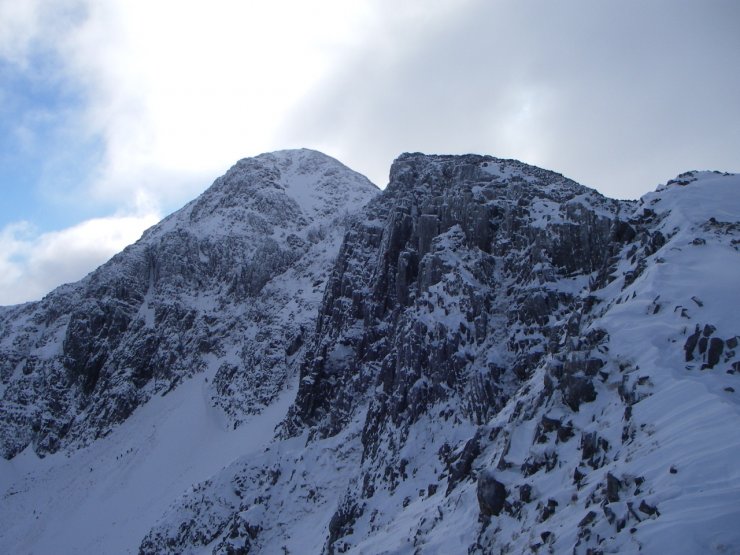 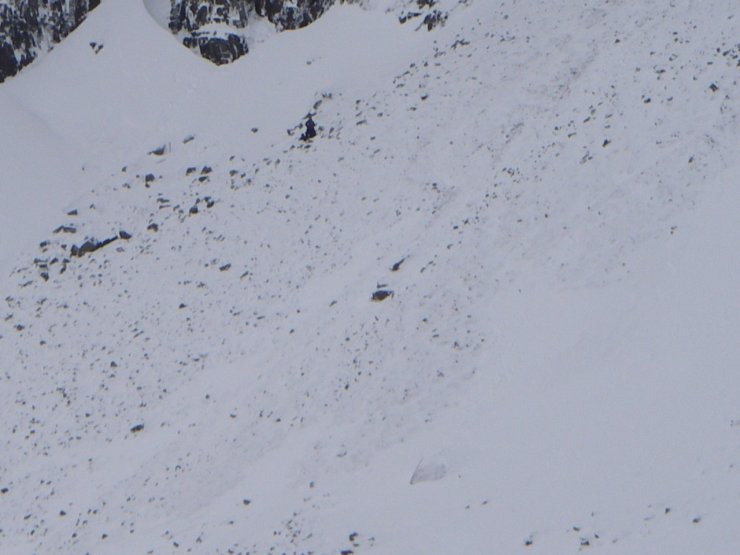 This skier had just emerged from Broad Gully 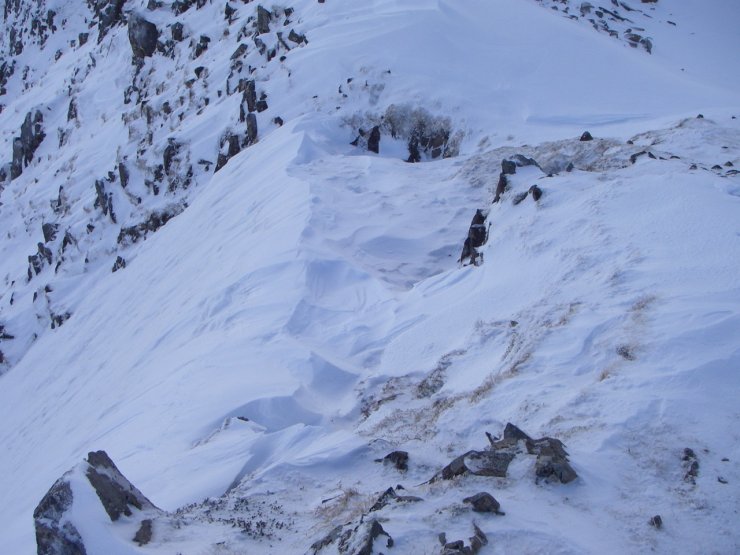 Strange ‘inverted’ cornices where the snow has been blasted up the gully and formed a lip facing up the hill. 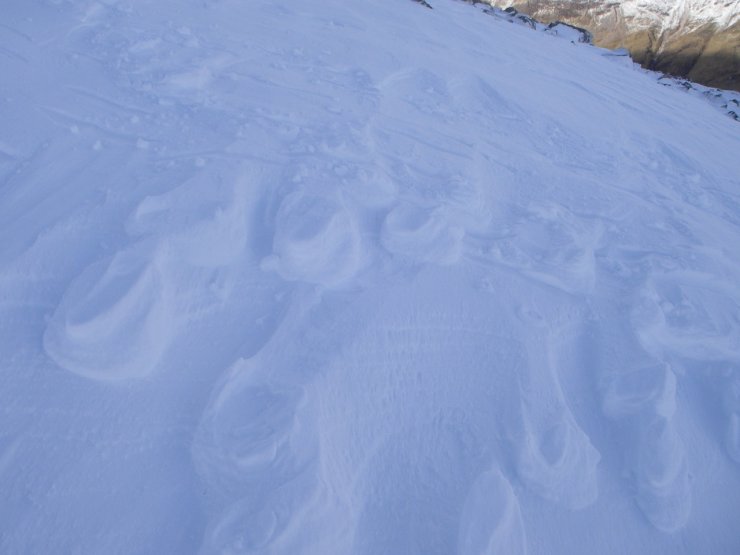