The morning started well enough with cloud just level with the tops and at mid-day the cloud cover was still 80 per cent. Â However it cleared Â quite quickly and gave sunny spells within an hour. Â The snowpack was firming up in the colder conditions, although it was still possible to step through into deep ‘glaur’ at lower altitudes. Â The patches of fresh windslab were localised but unstable due to the presence of graupel through the drifts. Â Though conditions were dry there was still some wind transport of snow going on in the easing wind. 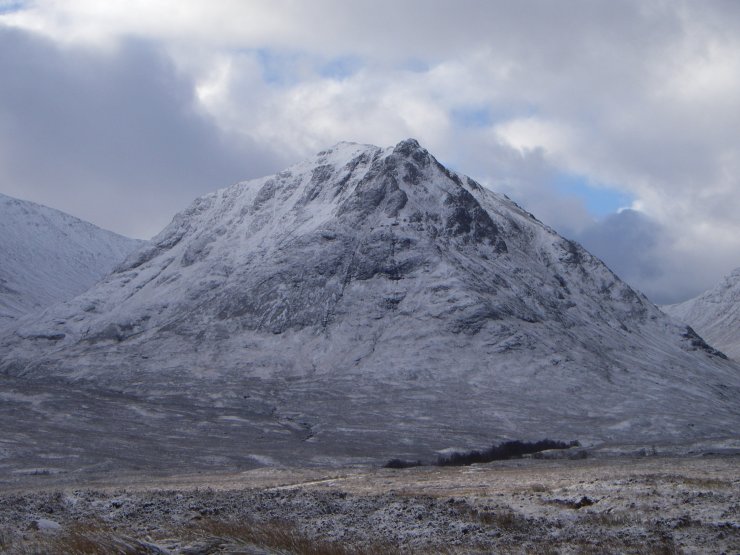 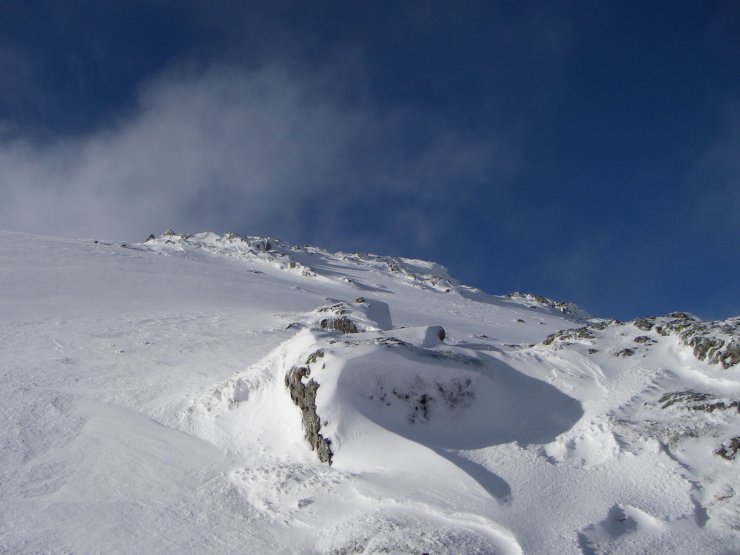 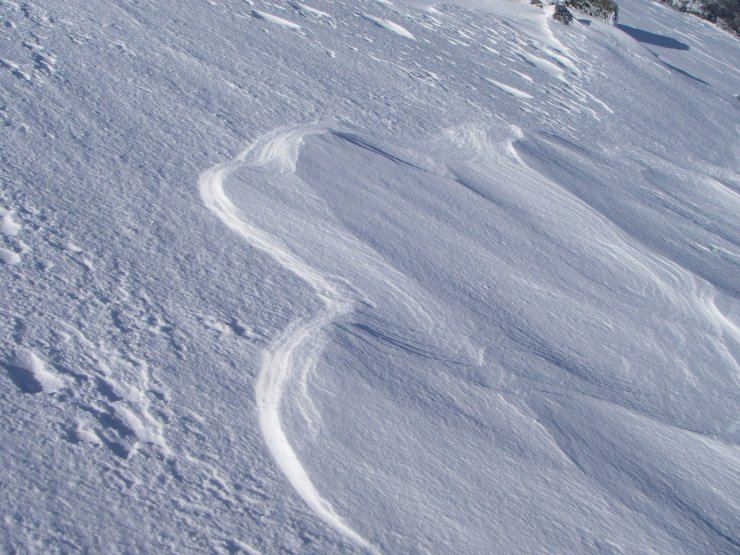 Evidence of wind transport of the snow from the scoured L.H. area to the R.H. drifts 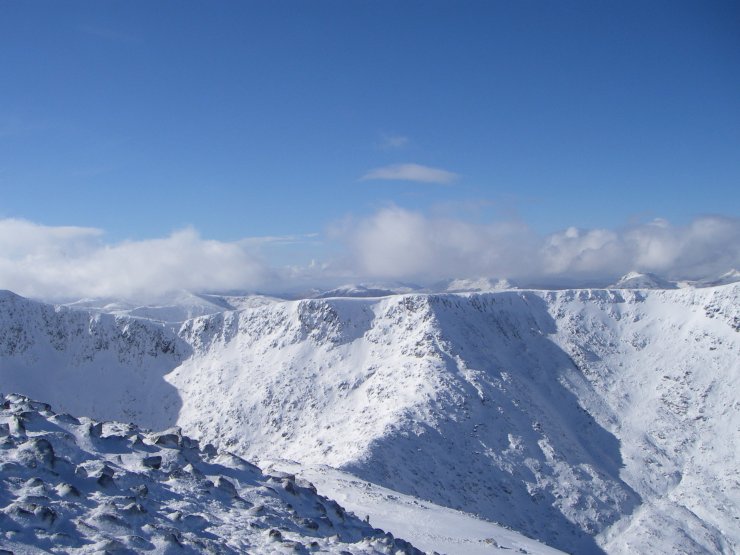