Although it was cloudier at the Eastern end of the glen first thing it soon cleared and turned into a fine, crisp sunlit day. Â The old snowpack continues to firm up in the cold conditions and there was little evidence of fresh snow – just some very light redistribution by wind transport. Â The wind freshened through the morning and it was chilly on the summit of Meall a Bhuiridh by early afternoon. 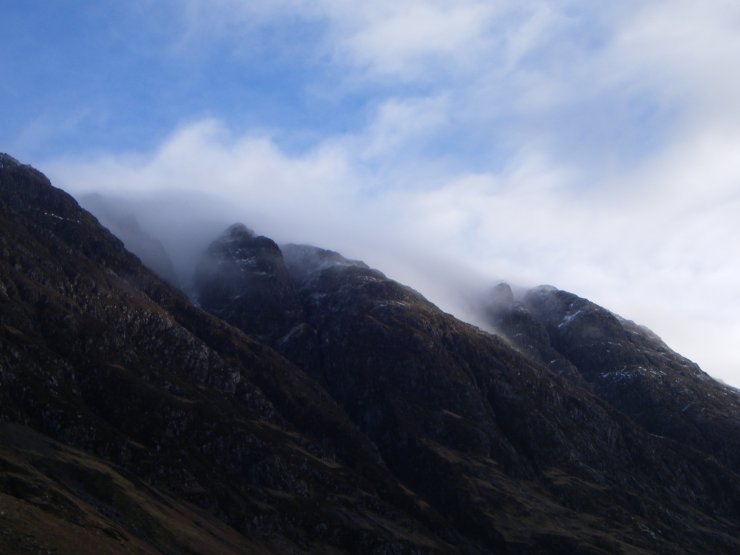 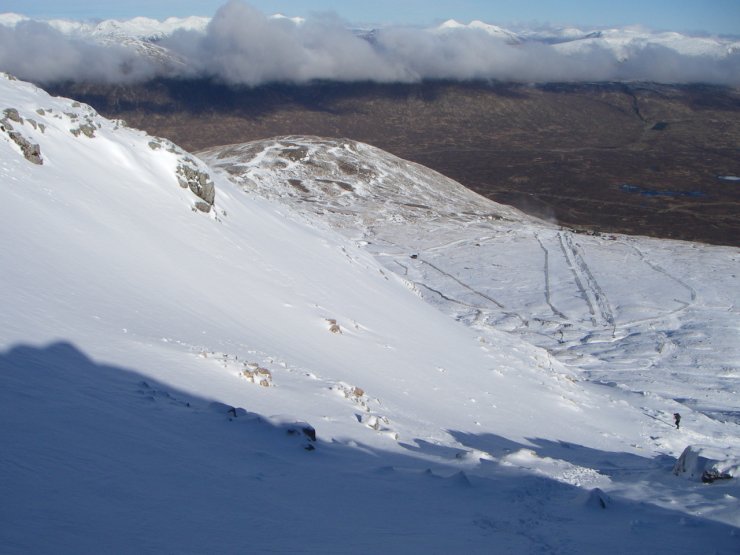 One of the larger sweeps of snow on Meall a Bhuiridh on the line of the ‘Spring Run’. The figure of a walker is just visible below the snow patch and further down the hill, the lower piste and lift on the plateau. 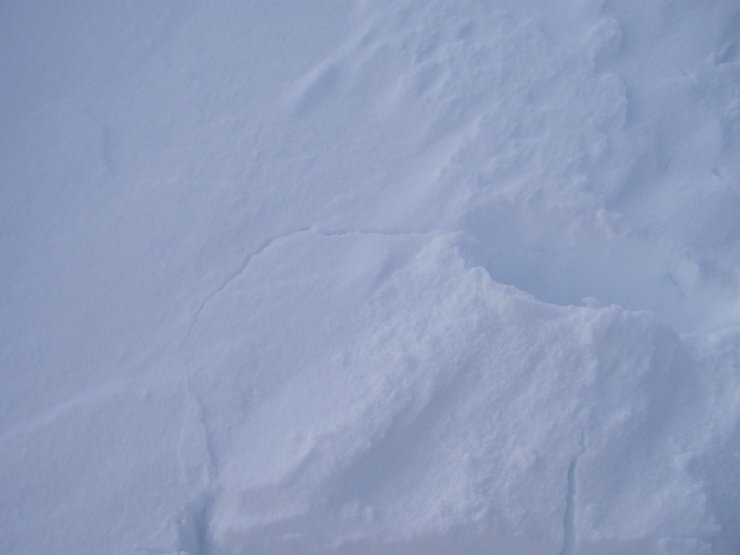 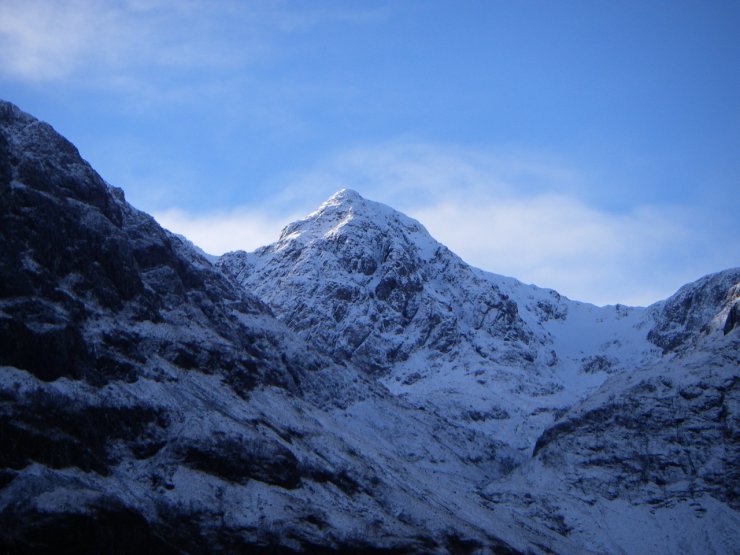