A cloudy start to the morning with very light snow showers. Â Upward progress still hard work in the deeper drifts of snow away from the well trodden paths. Â Much calmer than yesterday with little noticeable wind. 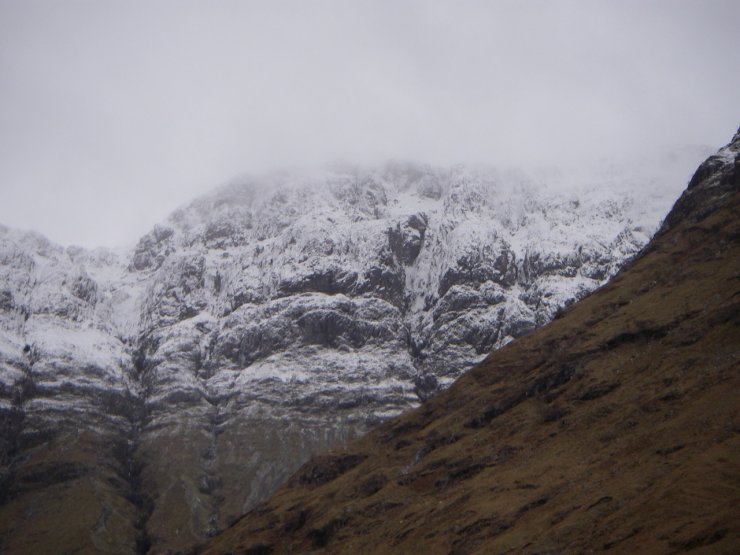 The West face of Aonach Dubh (North-West facing). The bottoms of the gullies look bare however the sheltered tops of the gullies will have deposits of windslab from the South-East winds. 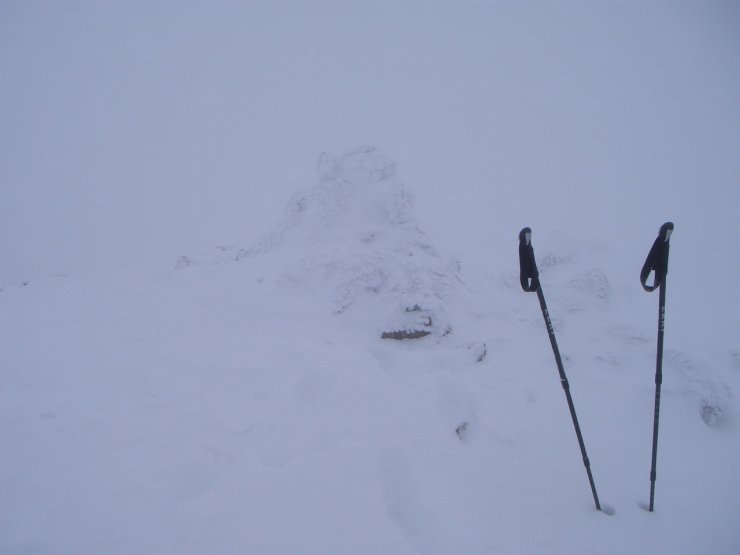 At least the summit cairn of Meall a Bhuiridh looks suitably wintry! 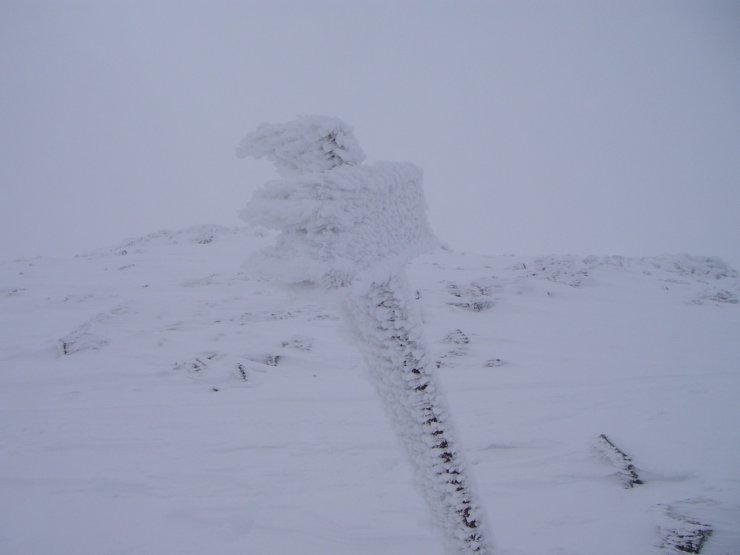 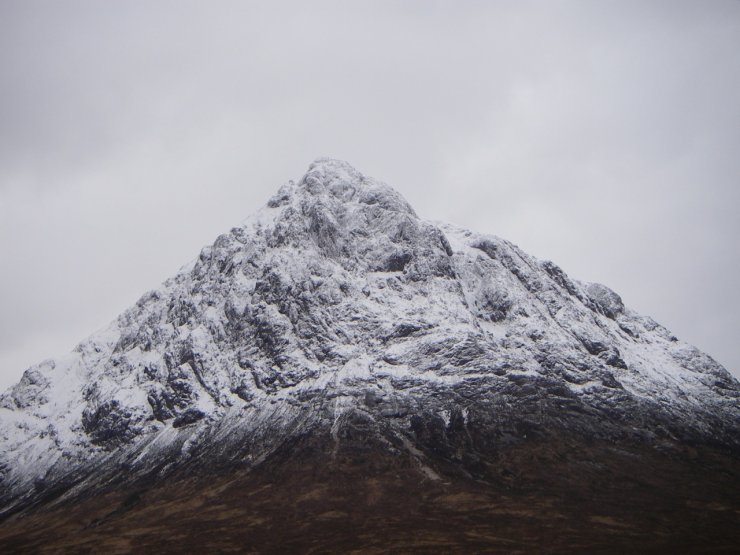