It has remained mild throughout the period with plus 3 degrees celsius at 1000 metres, these temperatures have been accompanied by rain and drizzle which in turn have depleted the snow cover. See photo’s below. 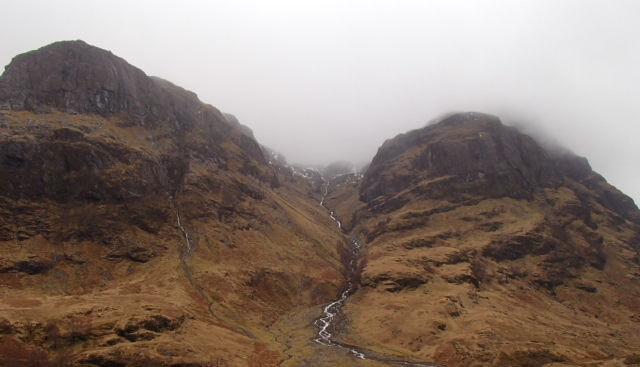 Gearr Aonach on the left, Stob Coire nan Lochan centre and Aonach Dubh on the right.

The rocks of Glen Coe are the eroded remains of an ancient volcanic ‘caldera’ the Spanish word for ‘cauldron’. Calderas form when the upper part of a volcano subsides along a roughly circular fault into a subterranean magma chamber.Â 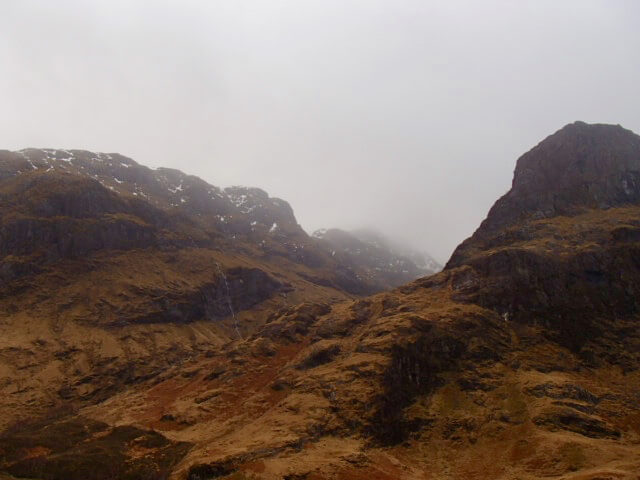 Beinn Fhada on the left and Gearr Aonach on the right Coire Gabhail in between them.

The Glen Coe caldera is oval, 14 by 8km. Calderas are common in modern volcanoes like Hawaii but the Glen Coe volcano was active 420 million years ago. 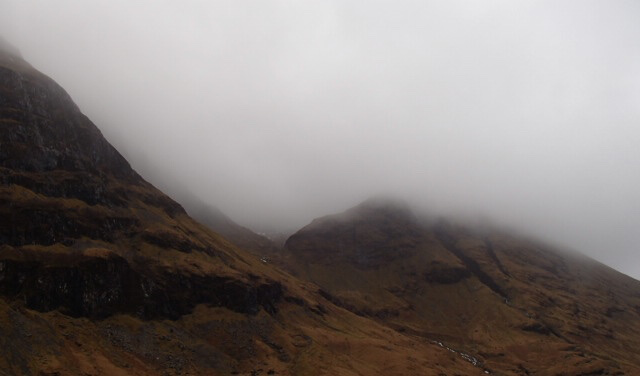 Stob Coire nam Beith in the centre An t Sron on the right.

Glen Coe is important because it was the first example of ‘cauldron subsidence’, identified in ancient rocks anywhere in the world, by members of the British Geological Survey in 1909. 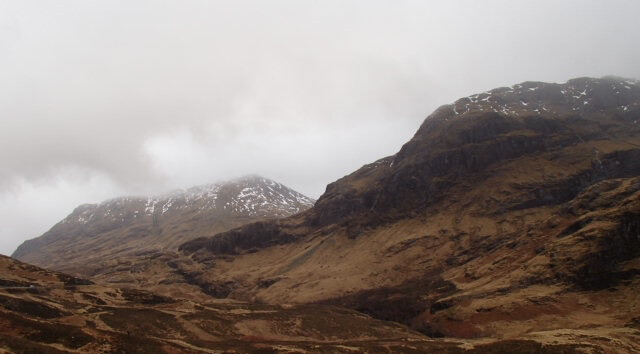 Stob Coire Raineach on the left and Beinn Fhada on the right.

Glen Coe was deeply eroded by glaciation, which ended 11,500 years ago, so that the outlines of the original volcanoes have been lost but as you can see from the pictures evidence remains. 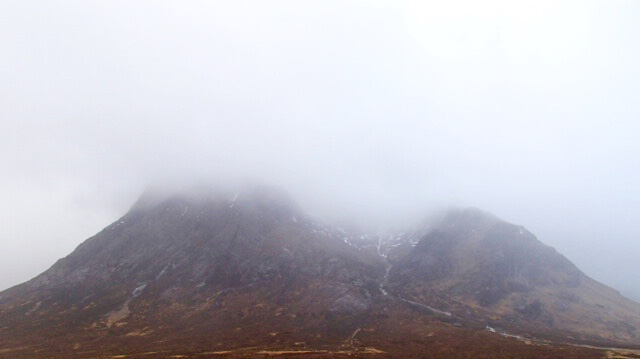 The last of the volcanoes Buachaille Etive Mor.