Windy in Glen Coe, but Calm in Lochaber.

Sometimes there is a surprisingly large difference between mountain ranges which are relatively close together. Today was just just a day. According to the weather station the average windspeed was less than 10mph on Aonach Mor, while on Glen Coe summits I reckon I was blowing a steady 50 to 60mph. At first plumes of spindrift could be seen coming on nearby hills, but these decreased, presumably because any loose snow got removed from the mountain. The spindrift did not seem to be settling anywhere, it was just dissipating into the atmosphere. 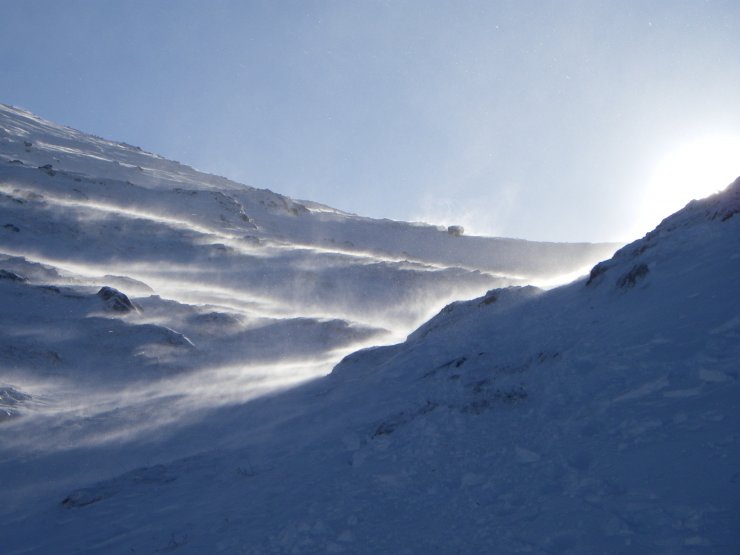 Spindrift just below the Buachaille Etive Beag col. This was not settling anywhere, it was disappearing off into the atmosphere. 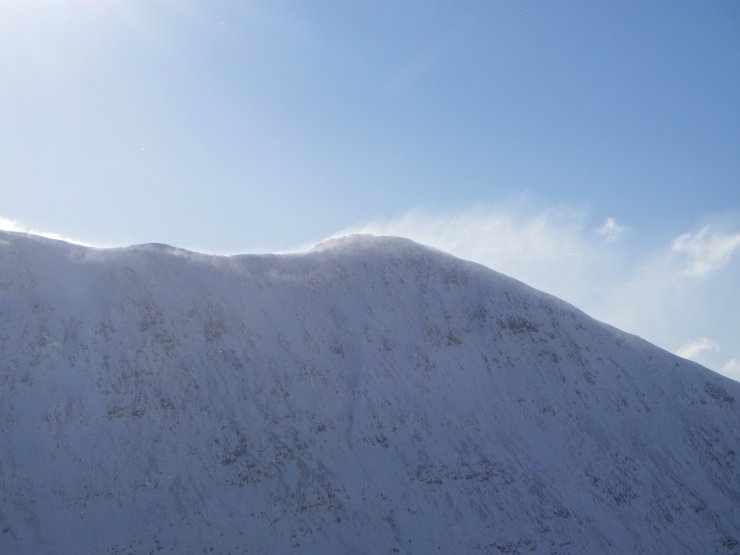 Plumes of spindrift of Stob na Broige. Certainly not shortage on wind up there. 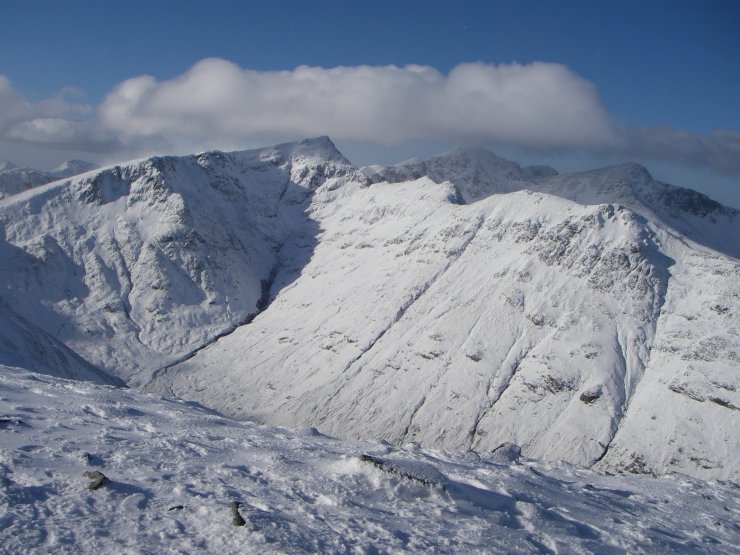 Looking over towards Bidean nam Bian. 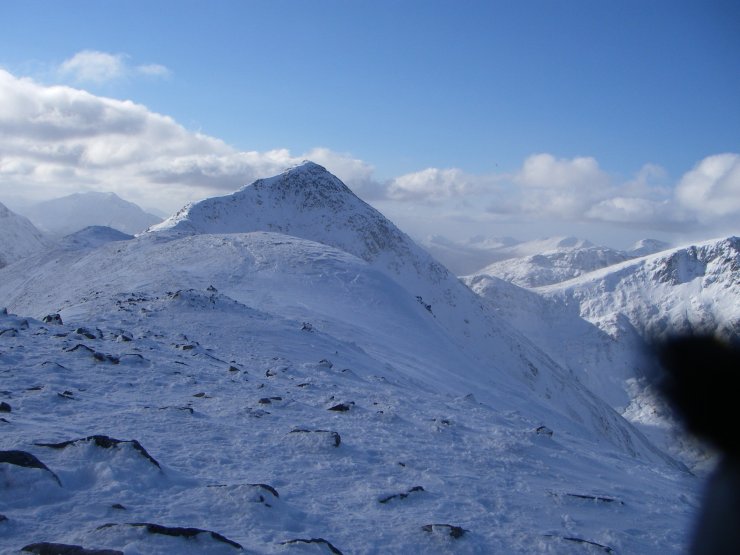 Stob Dubh. It looks quite pleasant, but the wind was really howling, and I had trouble standing upright at this point.Â