The wind strengthened considerably through the morning and it was particularly fierce up by the summit cairn of Meall a Bhuiridh, exposed to the full blast of the South-Westerly. Â Steady rain showers through the morning at all levels although there was a trace of residual fresh snow high up. 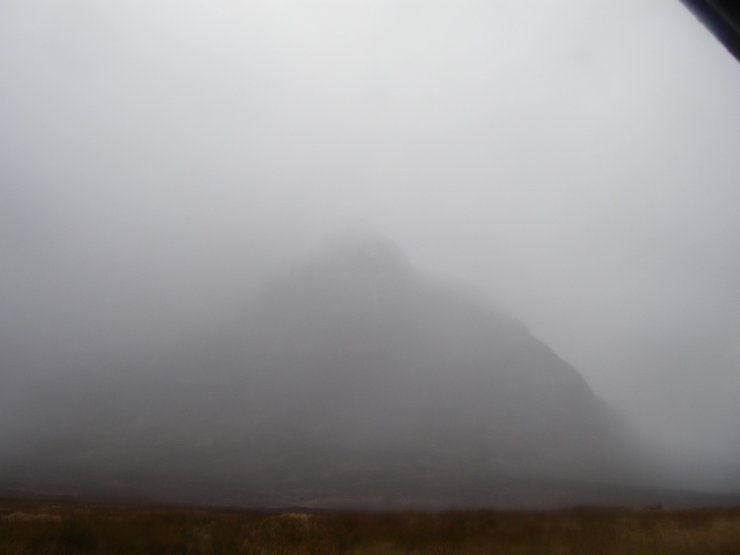 A ghostly Buachaille photographed from the car. 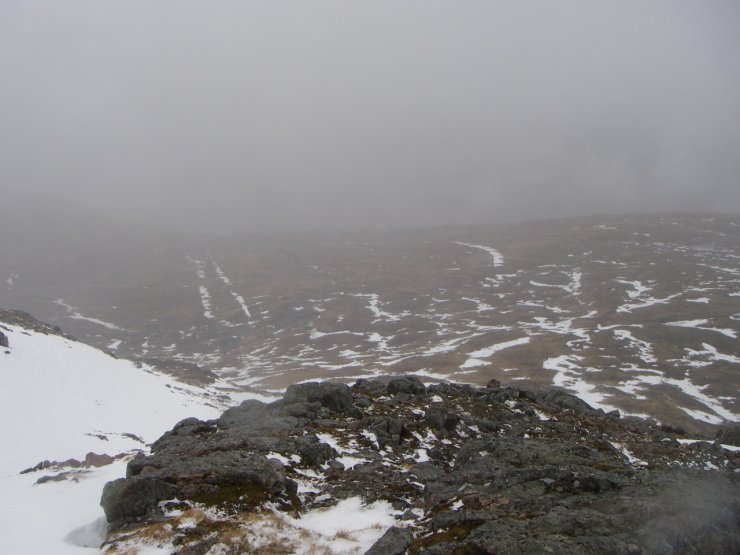 Looking back down into Coire Pollach from the North-East flank of Meall a Bhuiridh – little snow left on ‘the plateau’. 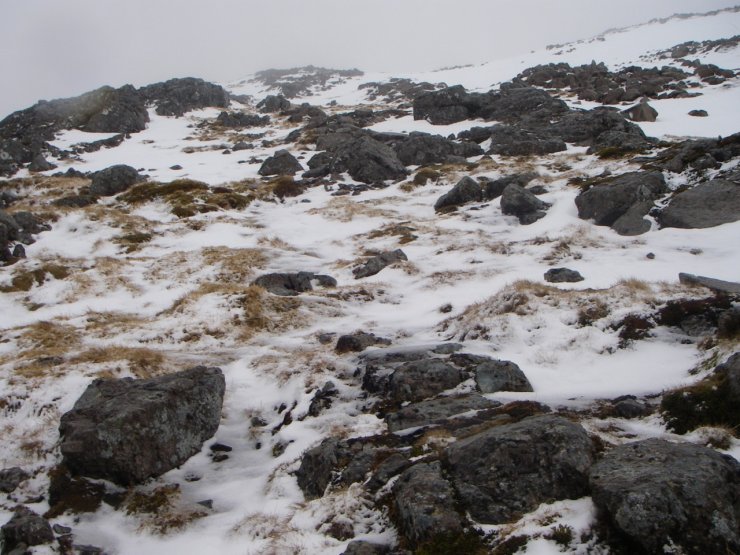 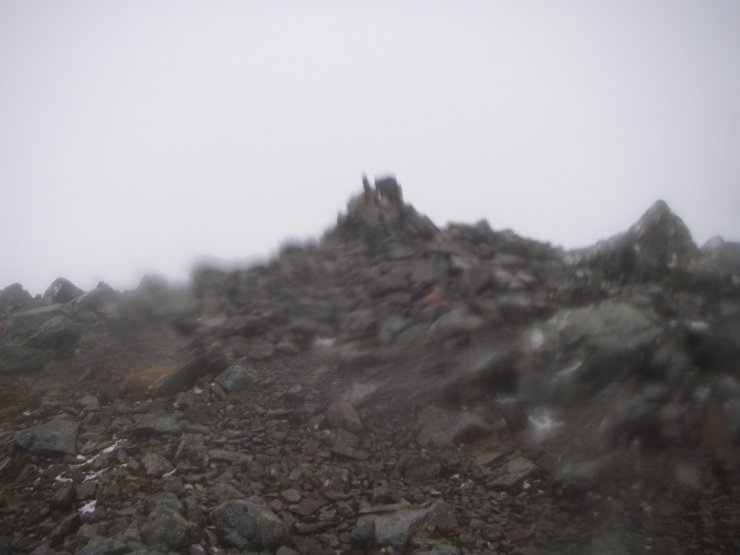 The windblown and bare summit area of Meall a Bhuiridh