Is Spring in the air? Â Ptarmigan starting to lose their winter plumage and indulging in a some half-hearted courtship – ‘whatever’, and a mountain hare streaking up the Spring Run (too quick to snap). Â Steady thaw has taken the snow level up to around 800 metres and most of the snow left is on North to East aspects above 900 metres. Â A windy day and due to get windier tomorrow. 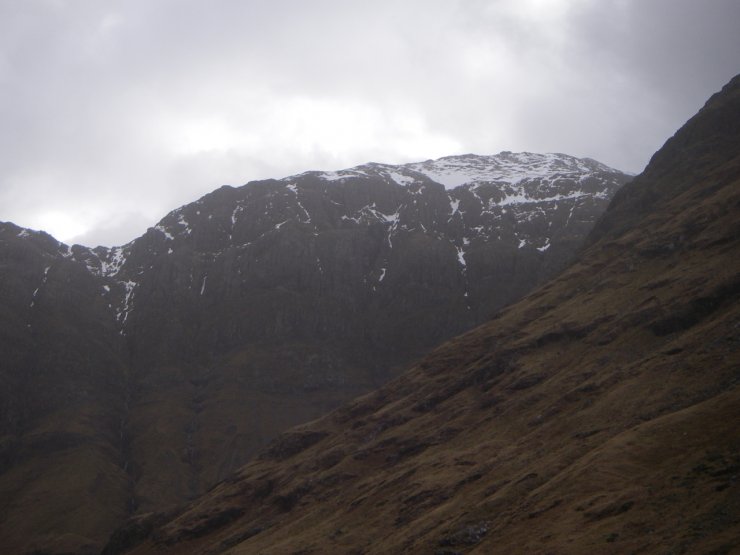 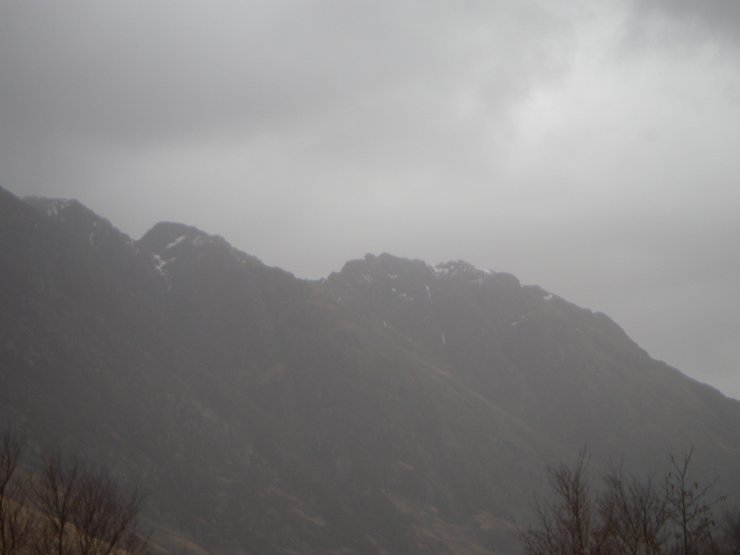 Little snow on the Southern flank of the Aonach Eagach ridge 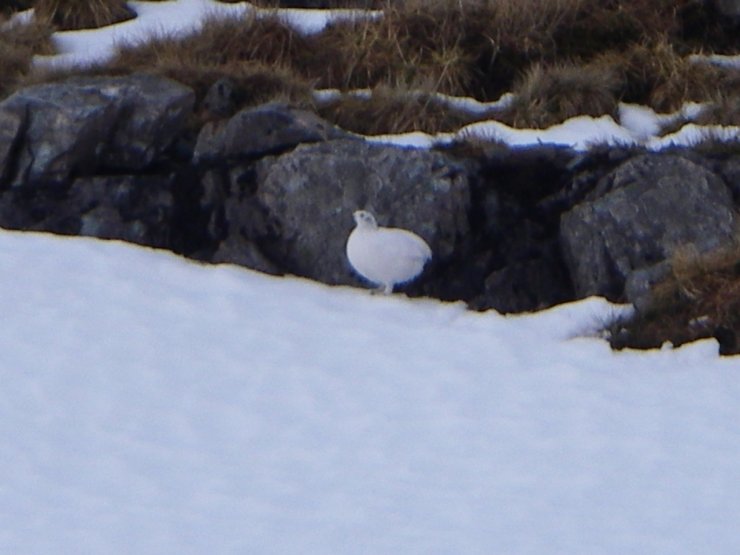 Half the pair of courting ptarmigans – she/he’s not really sure if she/he can be bothered. 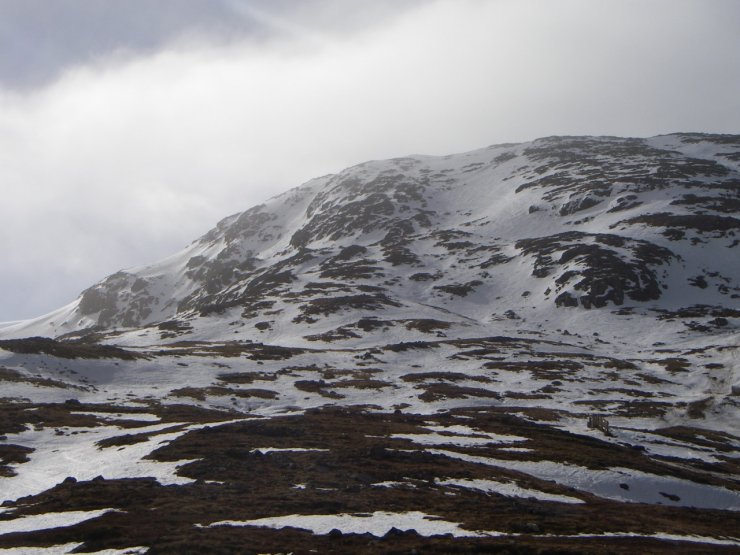