Strong Westerly winds gave very blustery snow showers many of which fell as hail above 600 metres. At higher elevations snow and hail were blown away to lower altitudes and did not accumulate. 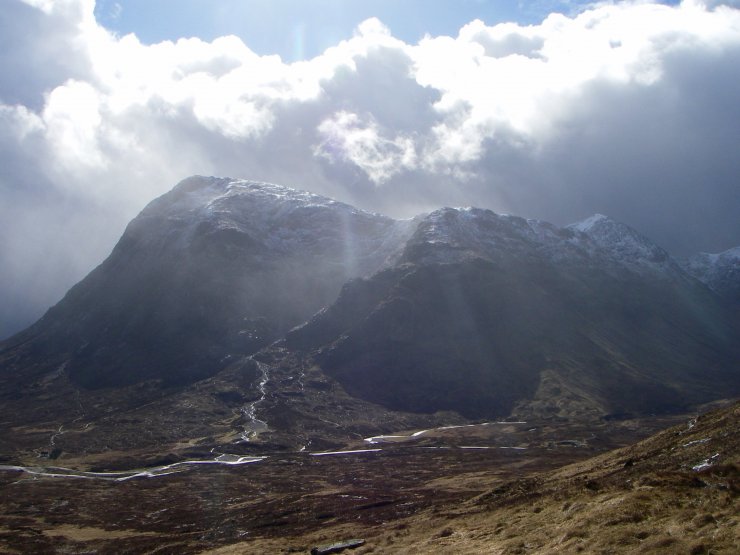 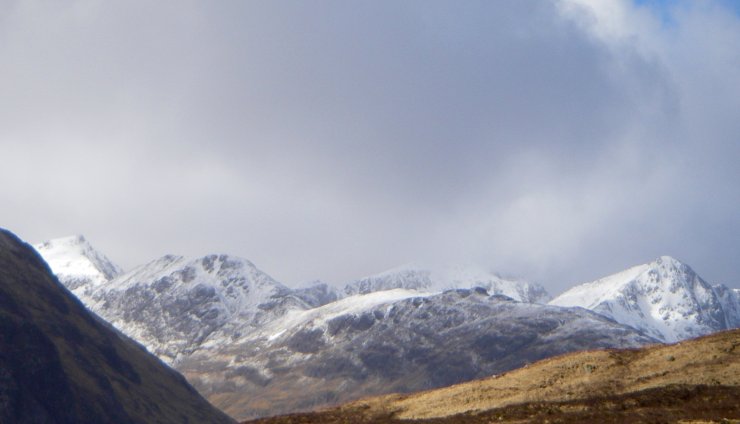 From left to right Stob Coire Sgreamhach, Bidean with cloud on the summit then Stob Coire nan Lochan. 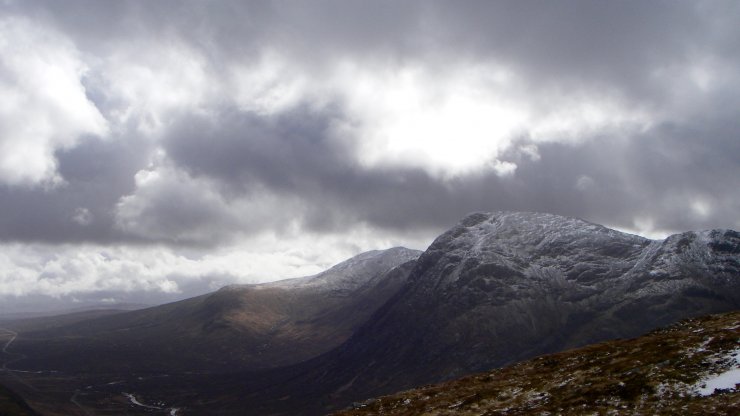 Meall a Bhuiridh in the distance with some sunshine with Buachaille Etive Mor on the right.