Snowfall in the last 24 hours has deposited some localised accumulations of moderately bonded windslab, mainly on North-East to East aspects above 950 metres. Â Generally easily avoidable, these might prove potentially hazardous within the confines of a gully and in the continuing cold weather with snow showers, which is forecast, will remain a consideration throughout Sunday. Â The wind will ease, becoming moderate from a generally North-West direction.

Exposed areas of the old snowpack will have a firm surface with the potential for serious run-outs onto rocks.

Overnight snow was lying to around 600 metres on the Southern flank of the Aonach Eagach. 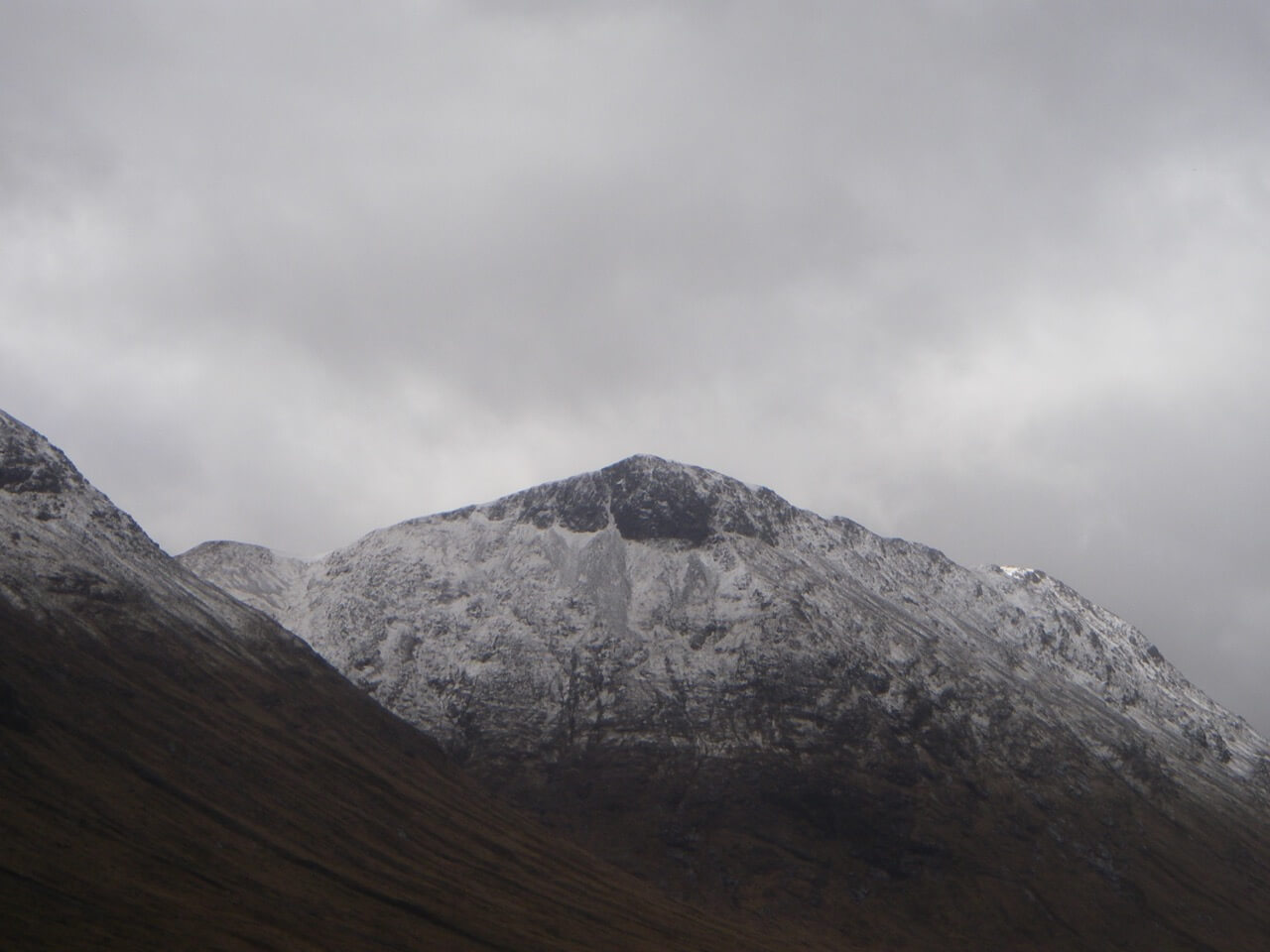 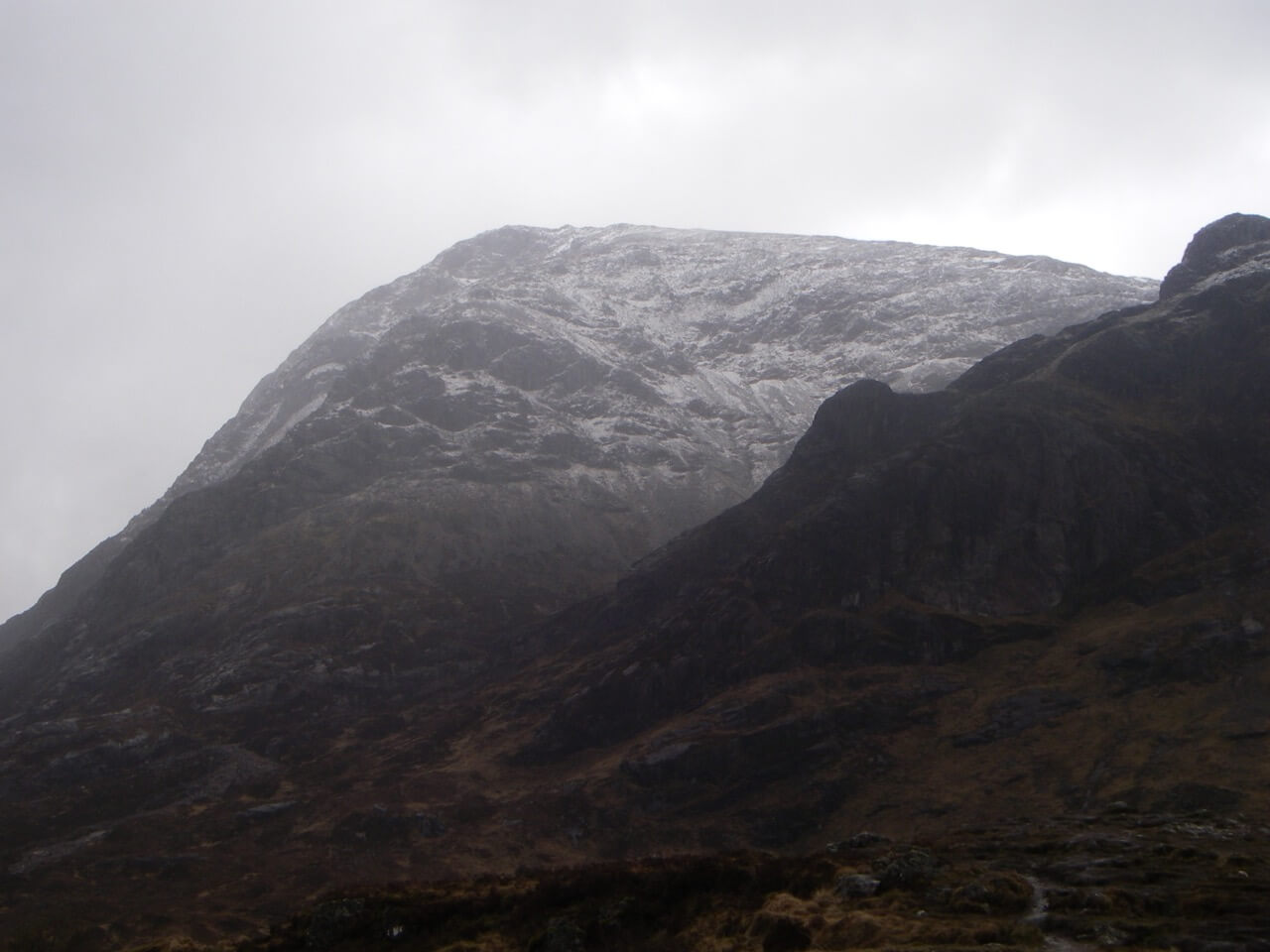 A light covering of snow on the Western aspect of Stob Dearg. 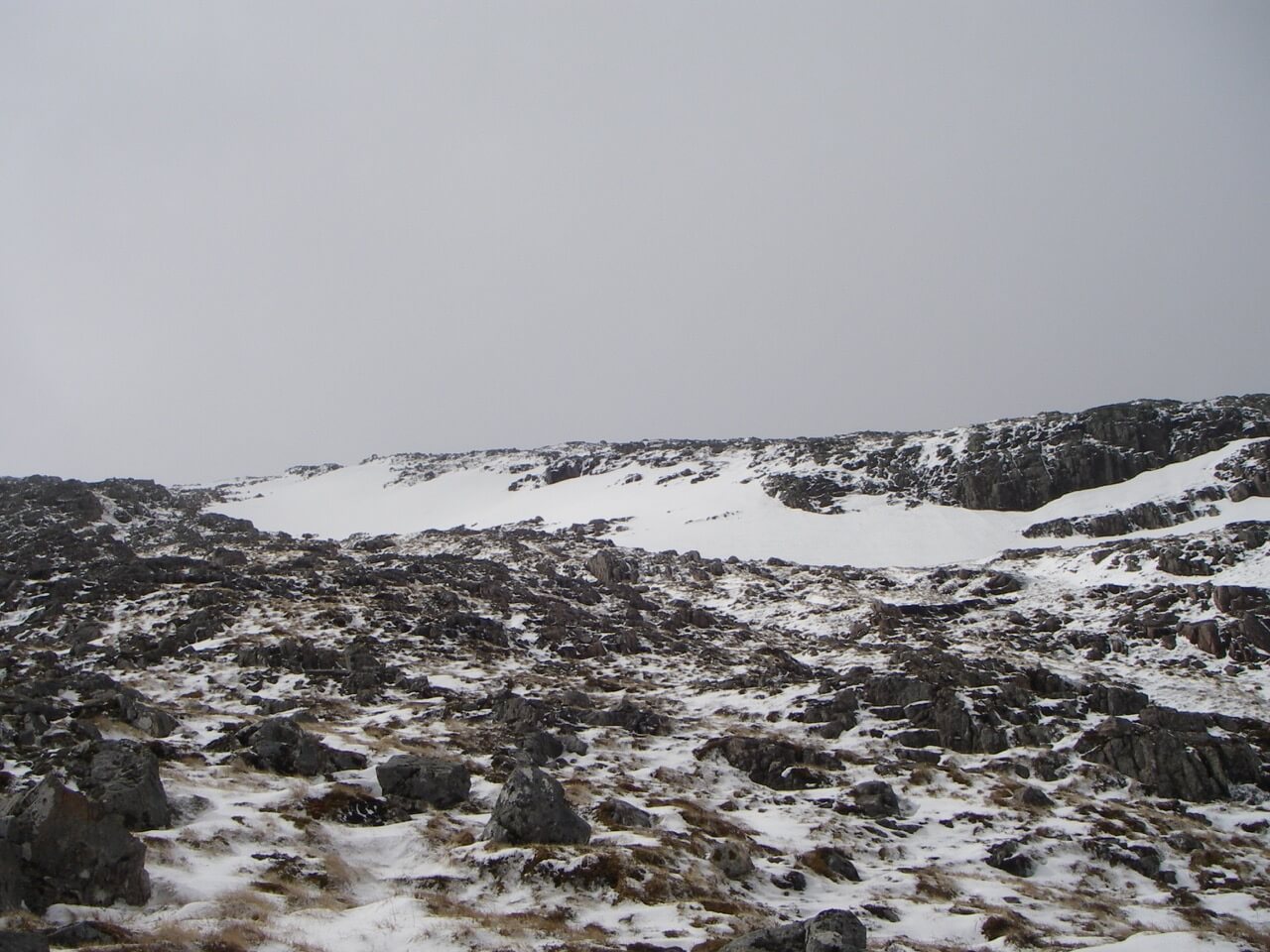 Old snow patches on the North-East aspect of Meall a Bhuiridh at 950 metres with fresh snow in the foreground. 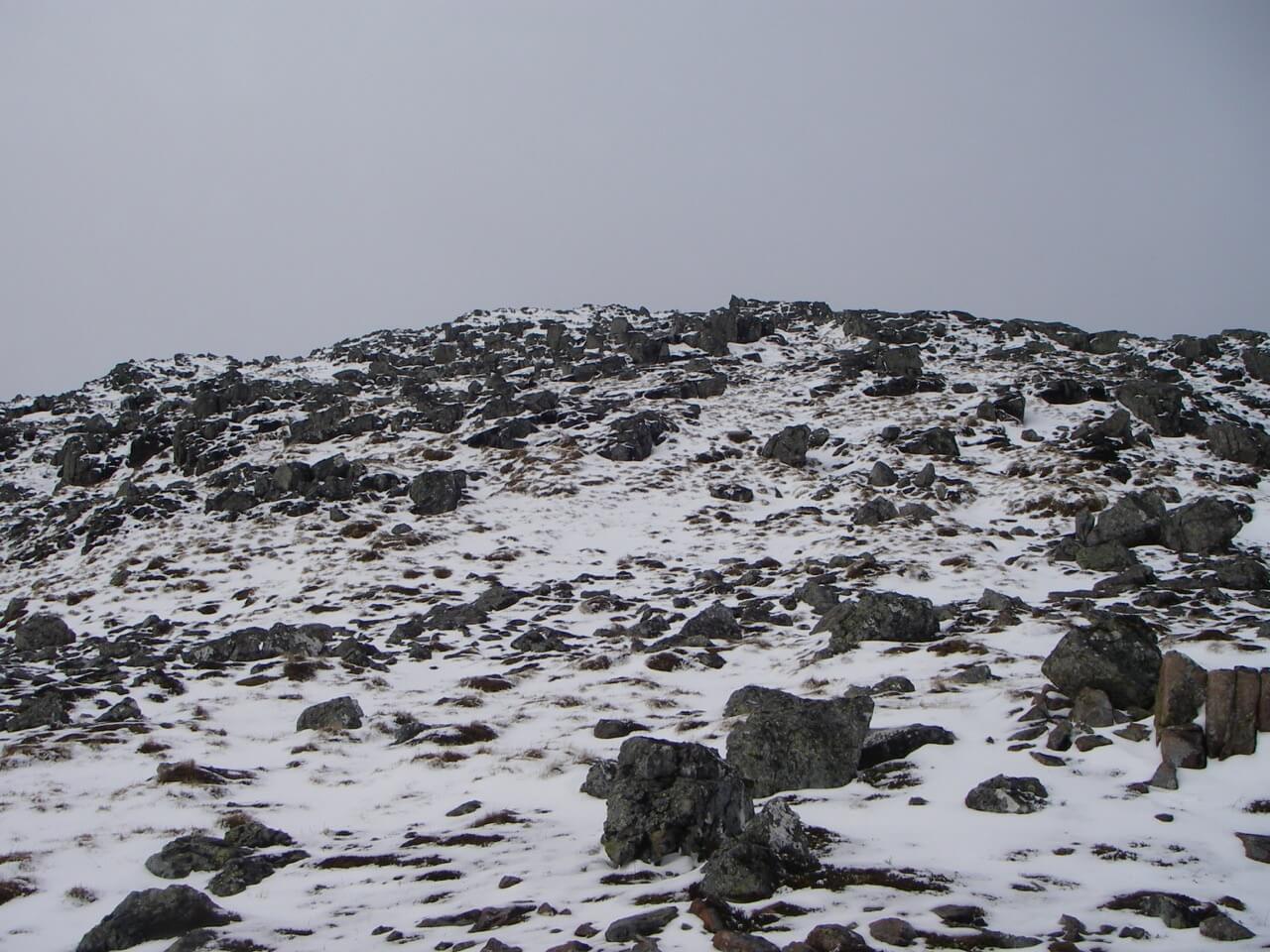 Fresh snow looking up the East Ridge of Meall a Bhuiridh at 1000 metres. 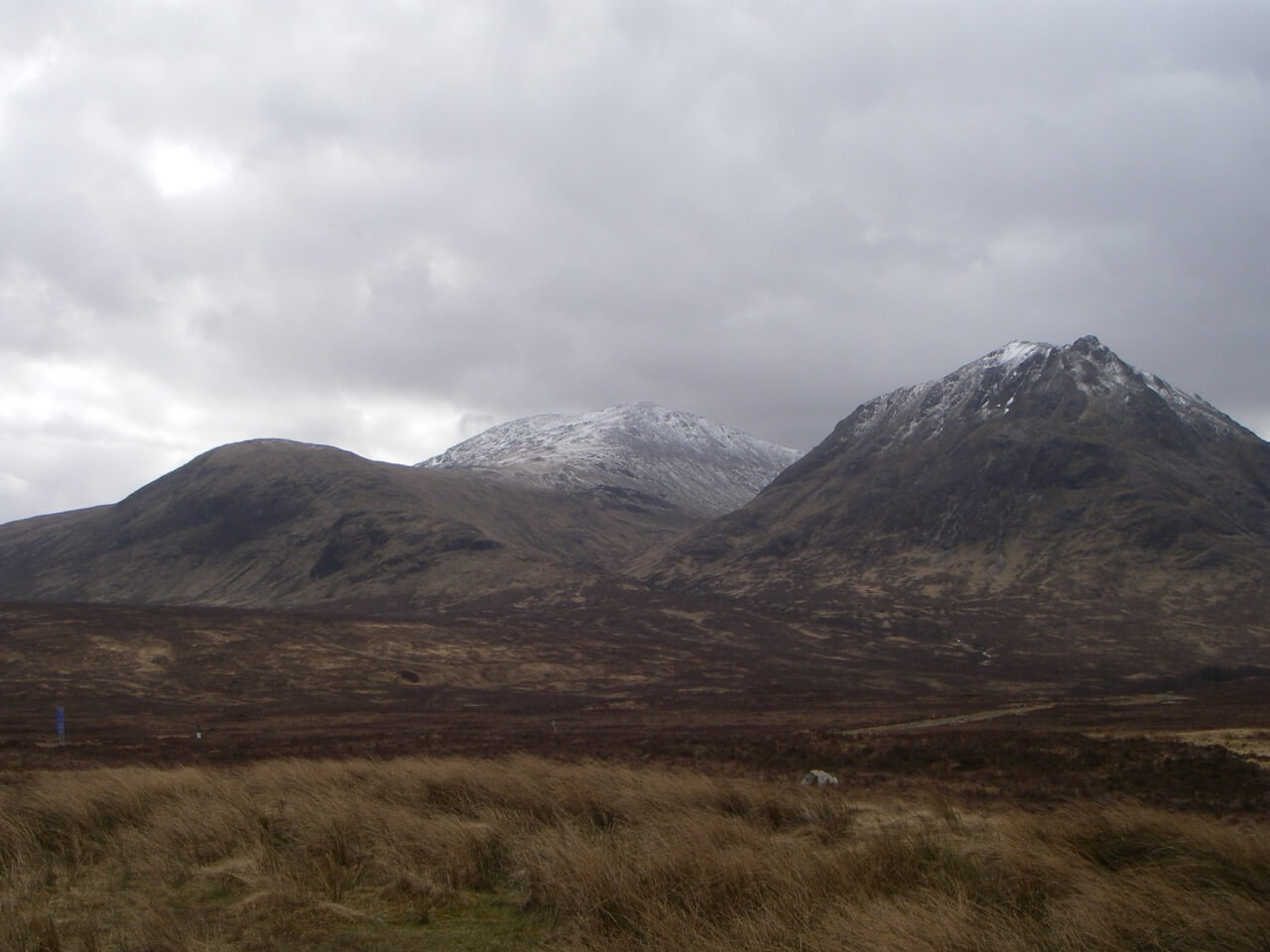