Overnight, there was a dusting of new snow above 1000 metres accumulations are not significant and really only amount to a slight dusting. Today was generally dry with the odd isolated period of drizzle the winds were fresh at summit level around 15-17 mph. At 650 metres plus 3.2 degrees celsius, at 900 metres zero and at 1100 metres minus 1.1 celsius was recorded and all with similar Westerly winds speeds around 17mph. 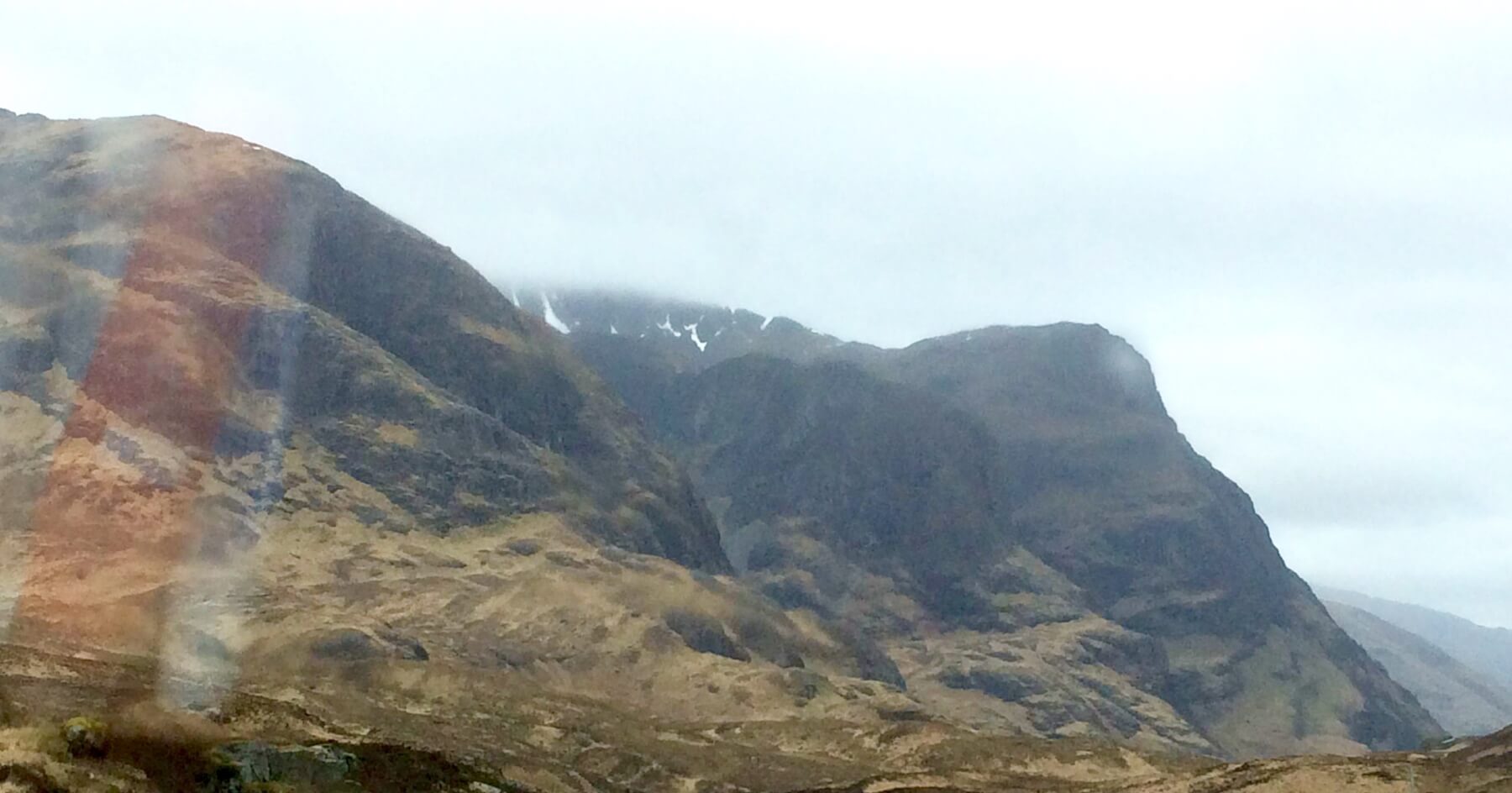 Looking at a distance towards the Glen Coe range with Buachaille Etive Mor on the left. In the centre the Aonach Eagach ridge in the clouds, the A82 road lower left side. 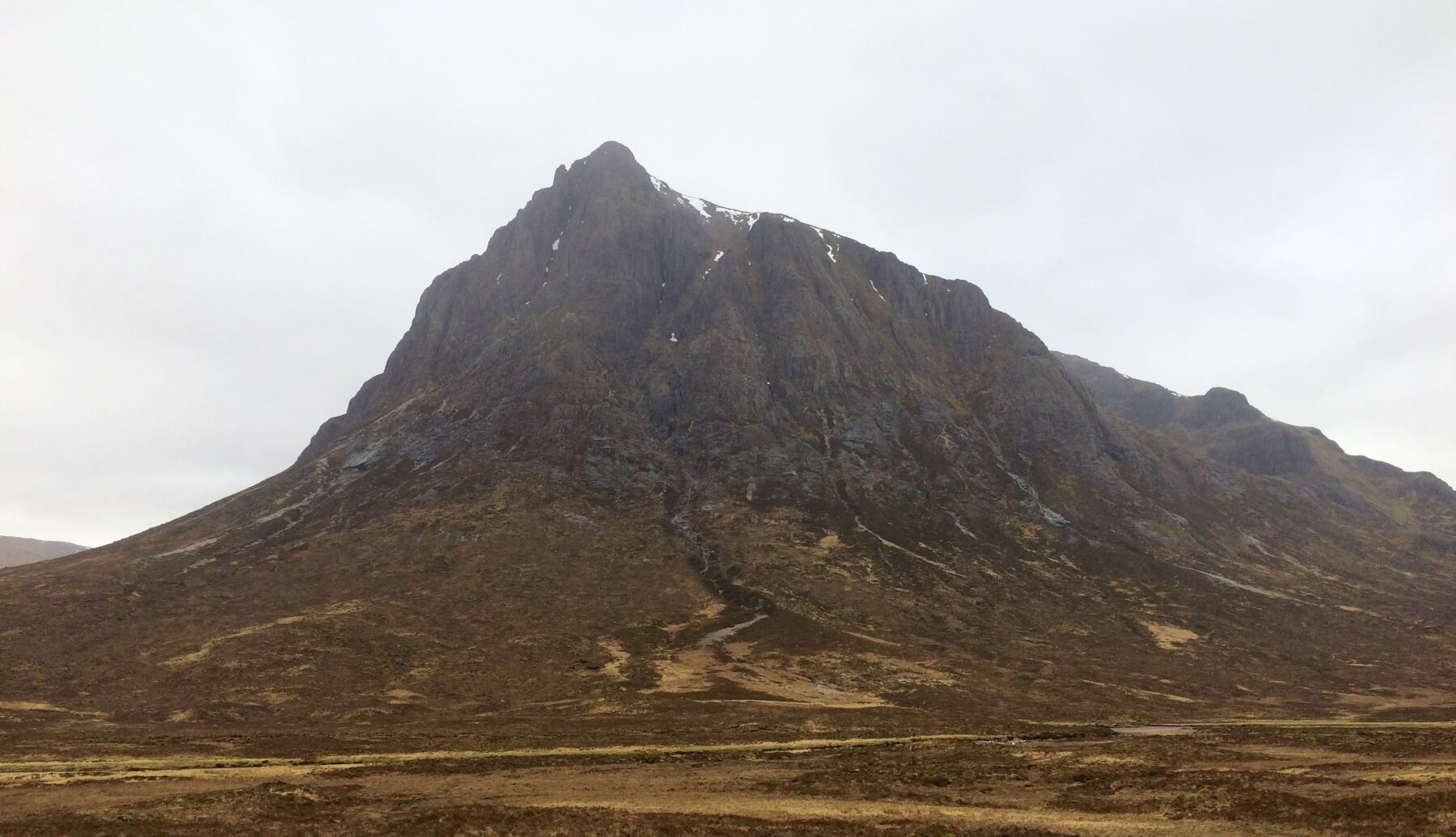 North-East side of Buachaille Etive Mor. 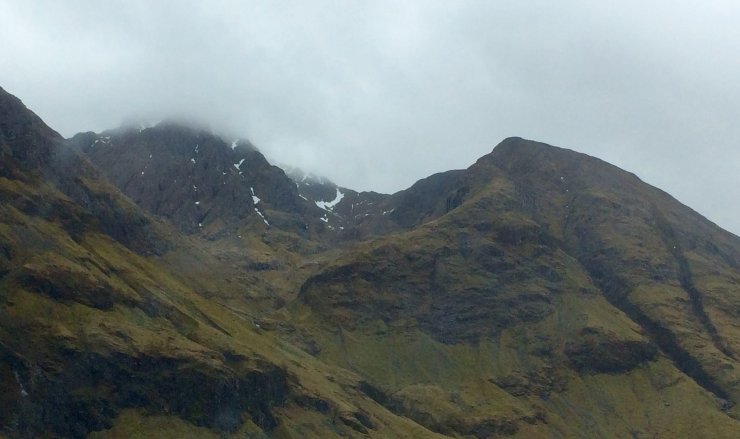 Looking into Coire an Easain with Clach Leathad on the left and Meall a Bhuiridh on the right note the dusting of new snow at summits level and the older snow patches on the East ridge of MaB the GlenCoe ski area . 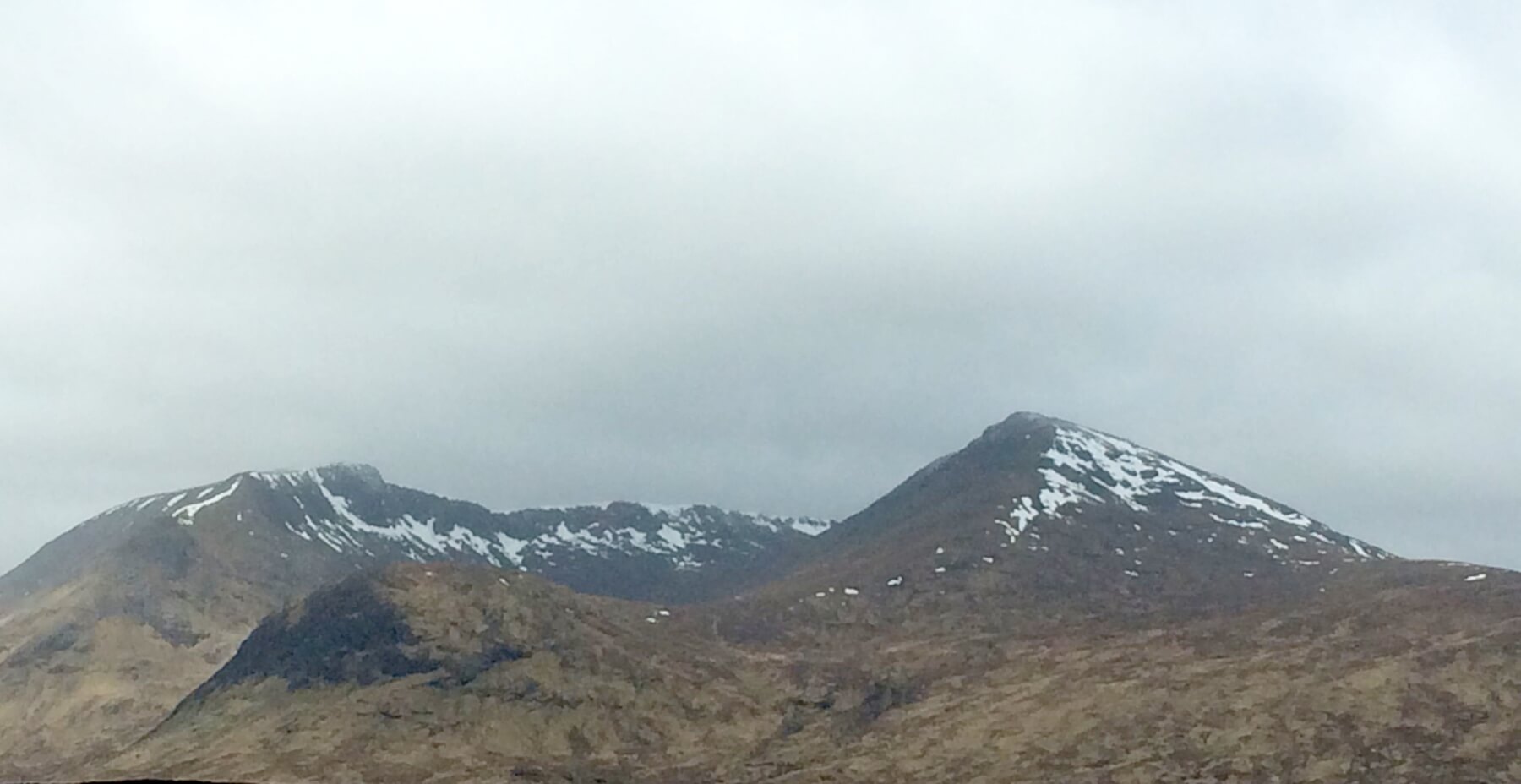 Clach Leathad 1099 metres and Meall a Bhuiridh 1108 metres from a different angle, shows the snow extent.

Weather forecast:- A relatively settled/dry spell,Â some light snow possible as the air temperature drops below summit level this evening otherwise only patchy drizzle or dry, the freezing level well above the summits at around 2700-3000 metres. Â Quite a lot of cloud pushing in to western ranges remaining windy with sustained strong West-South-Westerly winds, gusts often to gale force over exposed summits and ridges.