A wintry feel to the day during the showers which fell as sleety rain at lower levels and lay as a light covering of fresh snow around the level of the summits.

The old snow patches are largely confined to North to East aspects above 900 metres with some smaller areas in nooks and crannies (and gullies) on the same aspects at lower levels. Â These have a firm surface after another colder night, and the potential for serious run-outs onto rocks in the event of a slip.

Further showers, which will fall as snow above 600 metres, are forecast overnight and through tomorrow which will give an extremely slippy surface when they lie on areas of firm old snow. Â The wind will be strong, gusting gale force, from a Westerly direction. 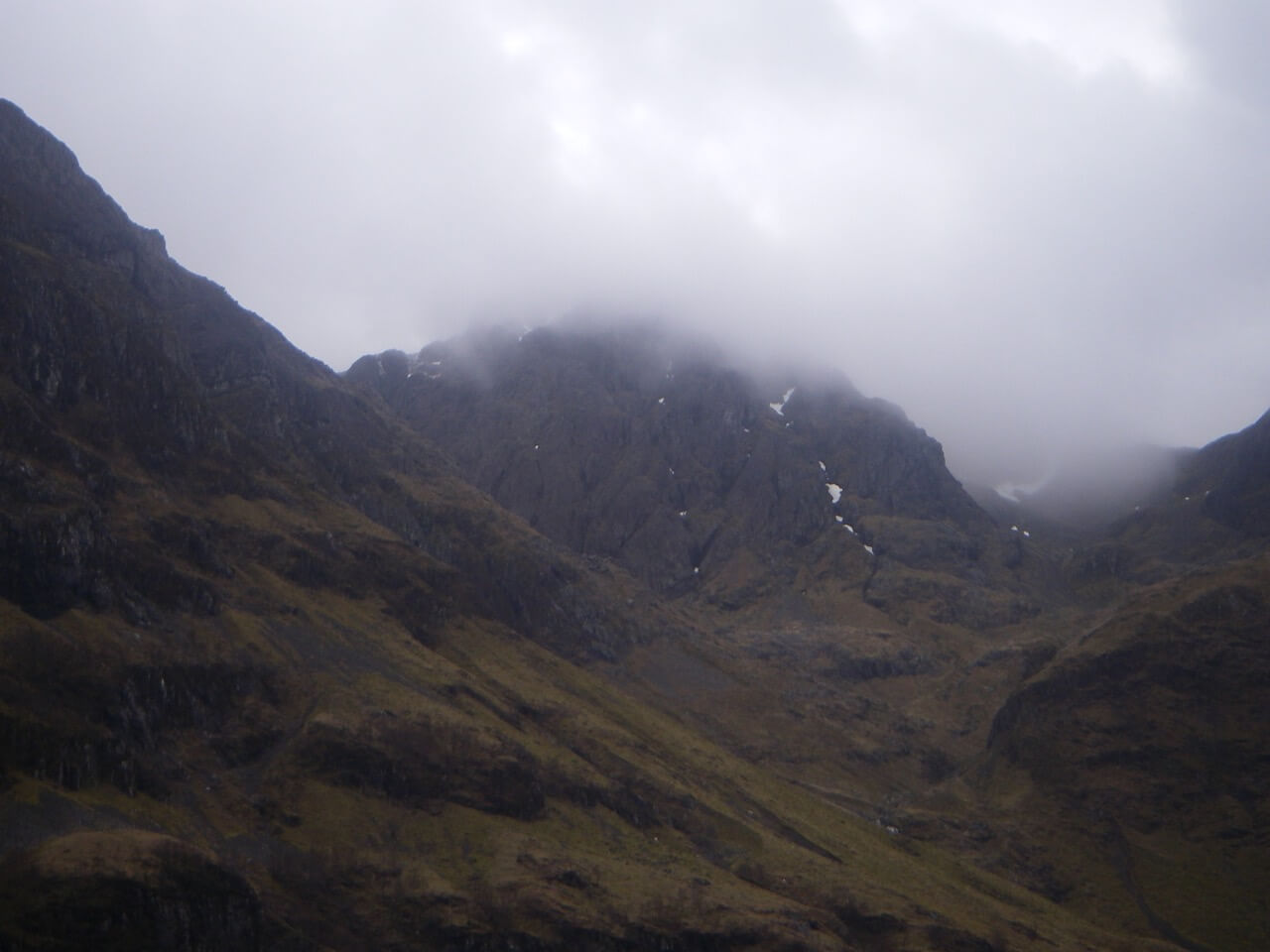 A ribbon of snow patches marks the line of Summit Gully on the Northern aspect of Stob Coire nam Beith. 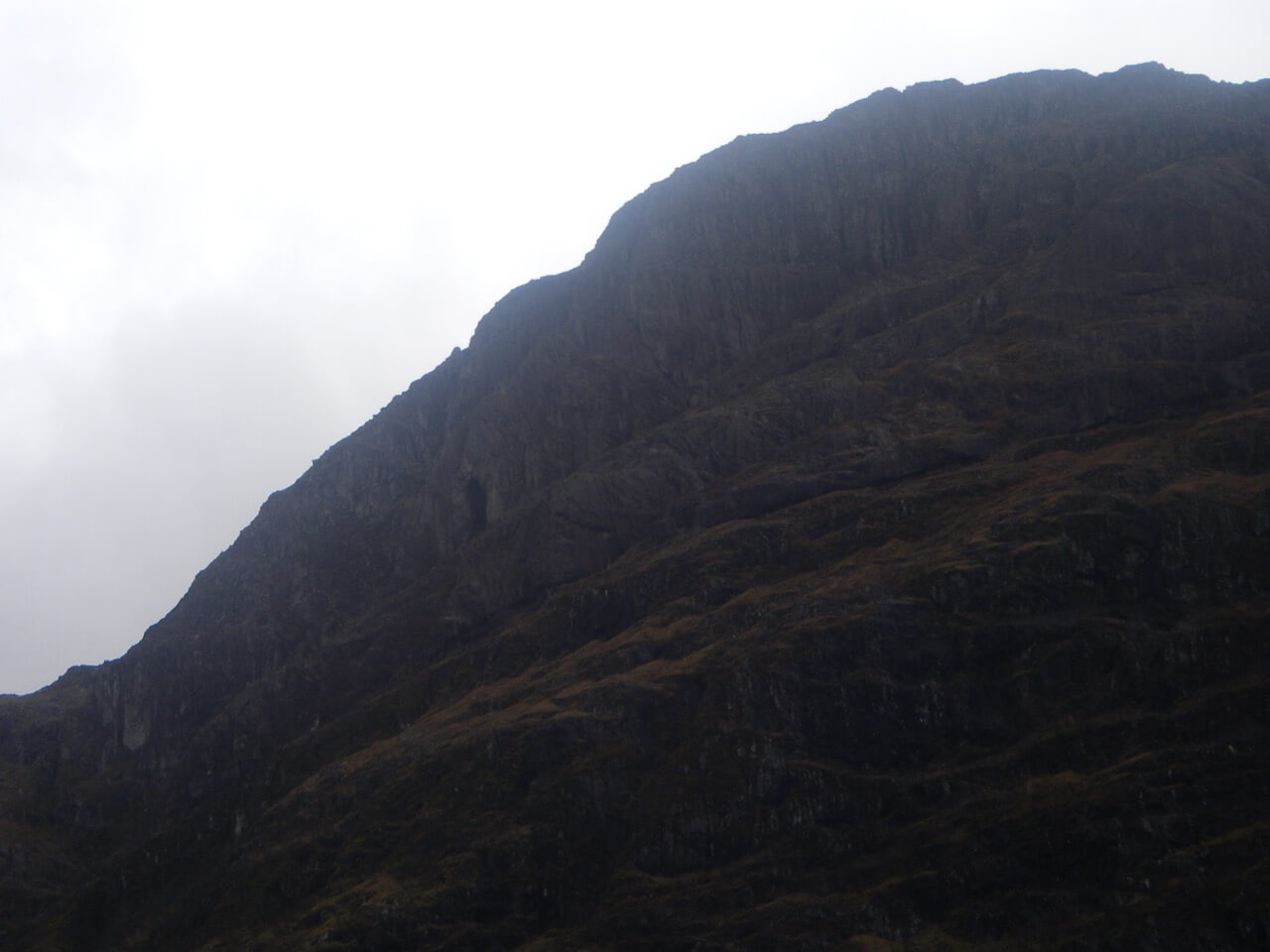 The dark gash of the mouth of Ossians Cave high on the Northern aspect of Aonach Dubh. 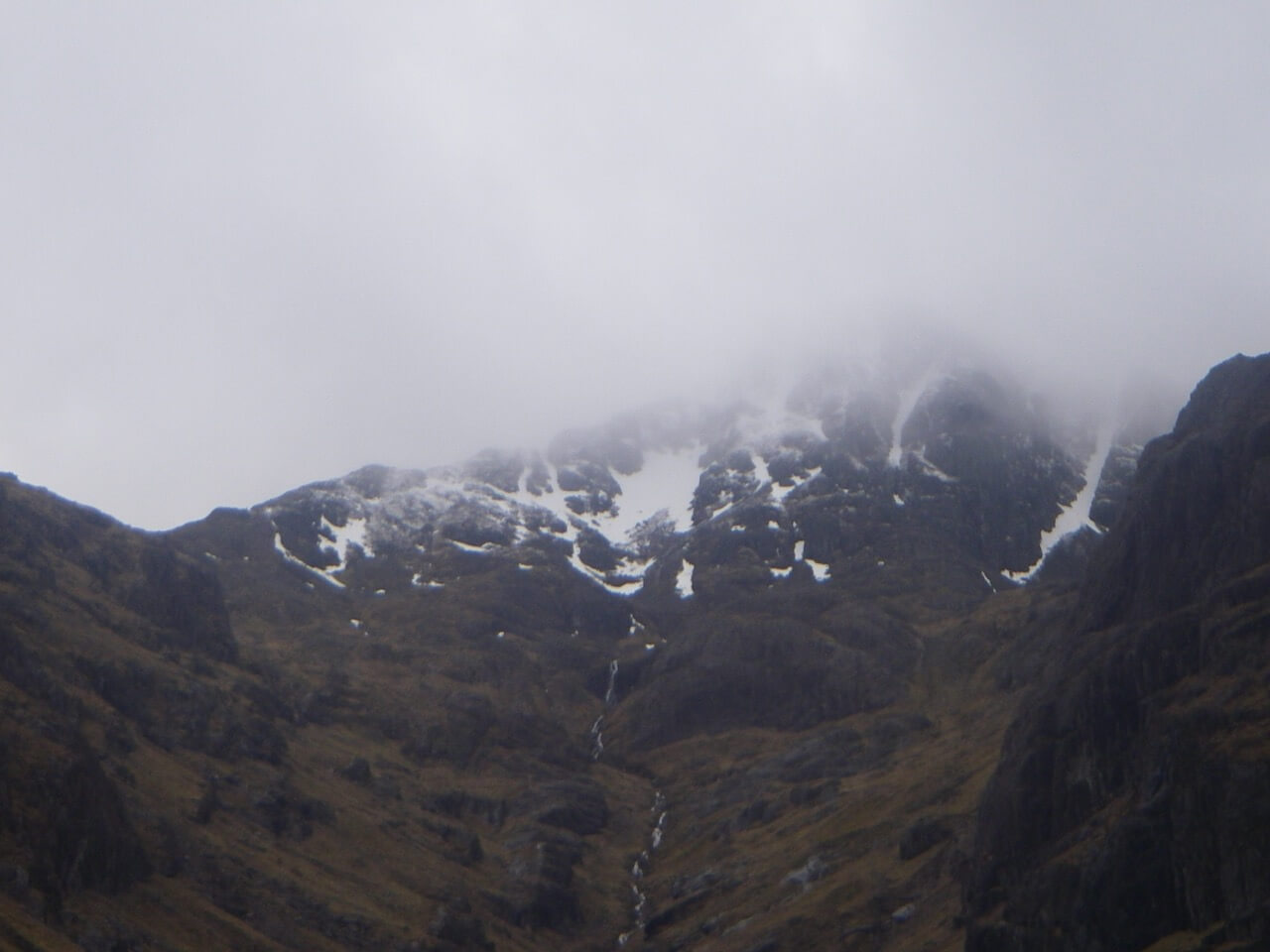 A ‘greying’ of fresh snow on the flank of the East-North-East ridge of Stob Coire nan Lochan. 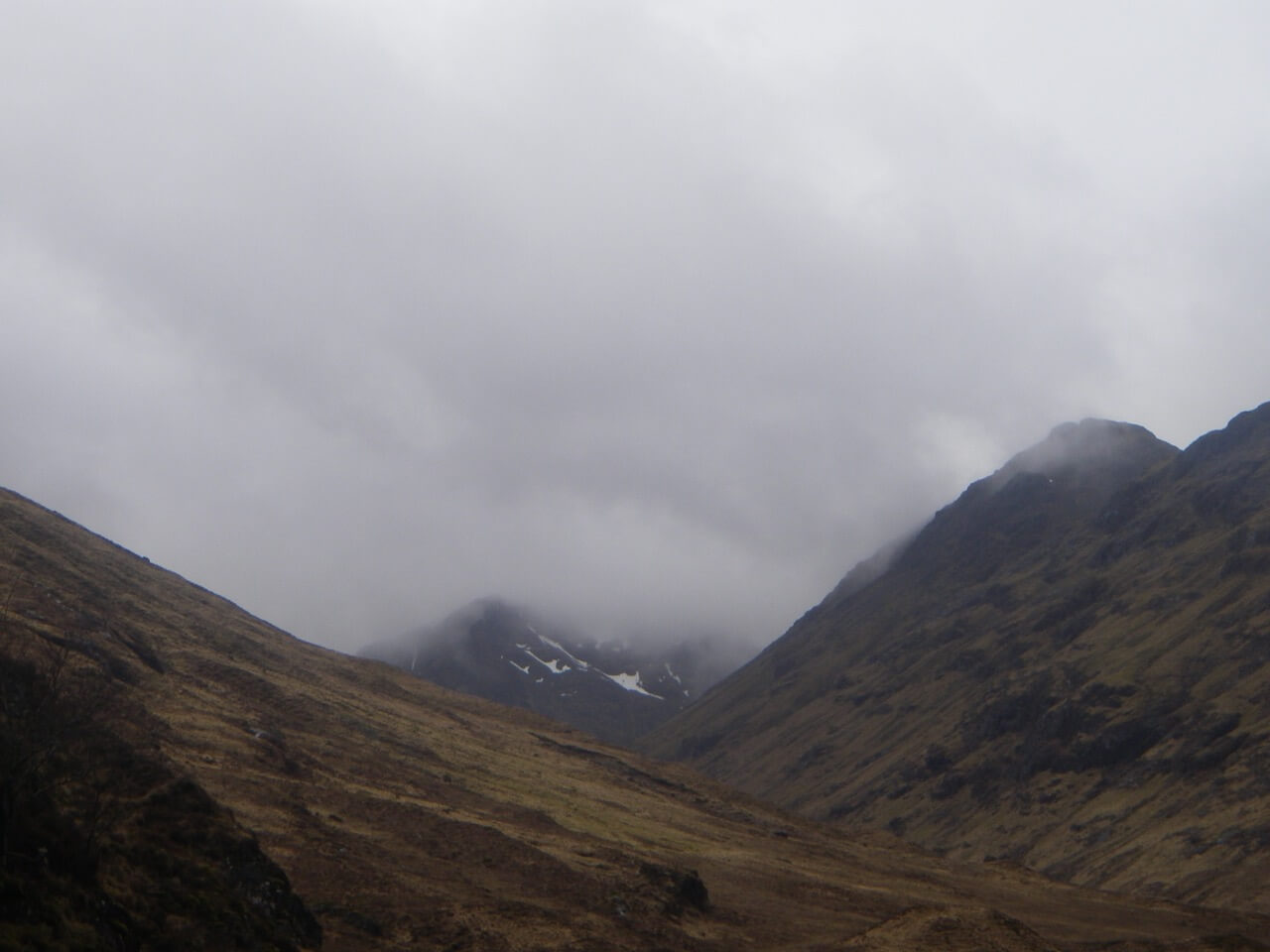 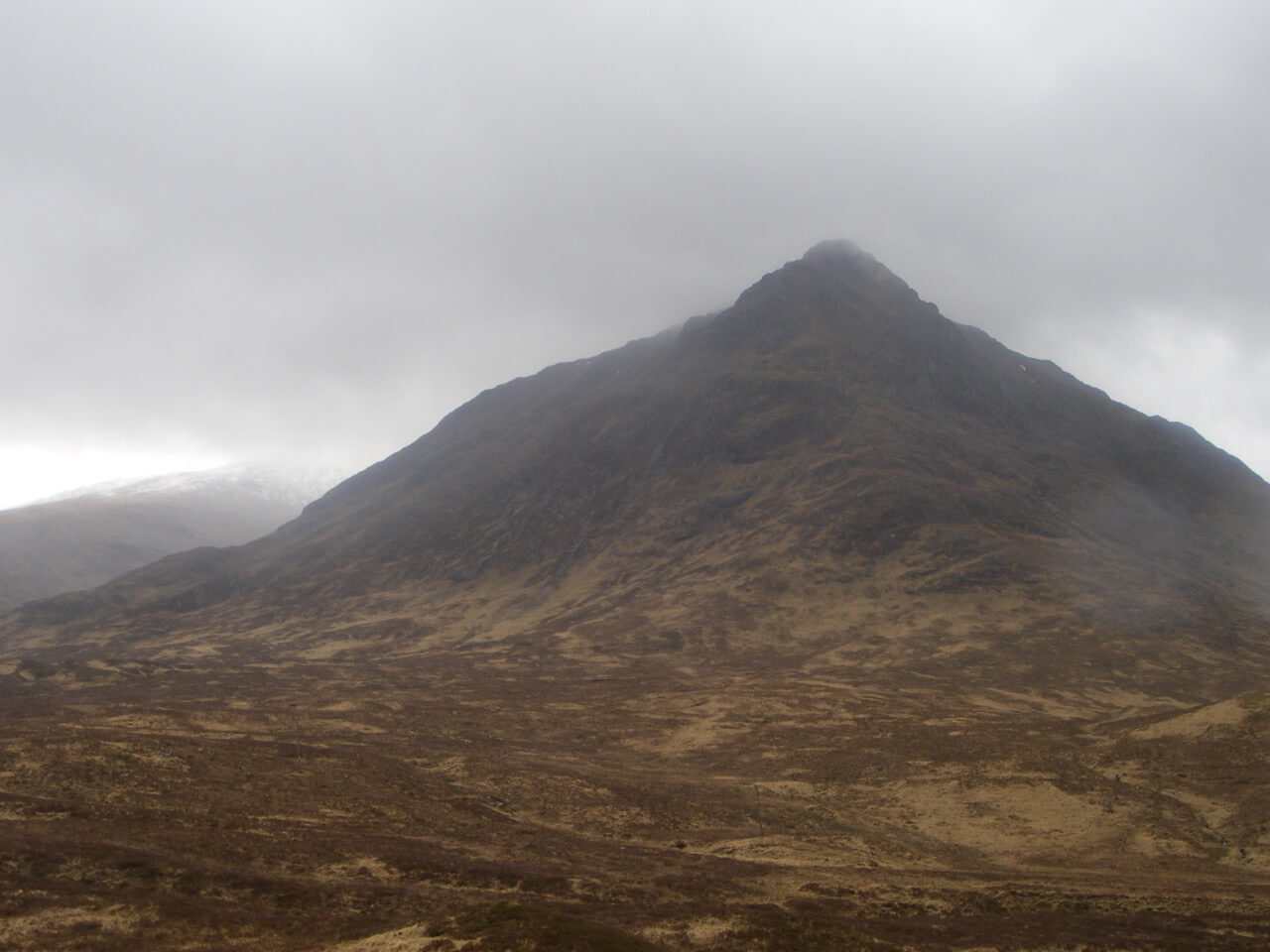 Sron na Creise with some fresh snow to be seen on Meall a Bhuiridh (behind). 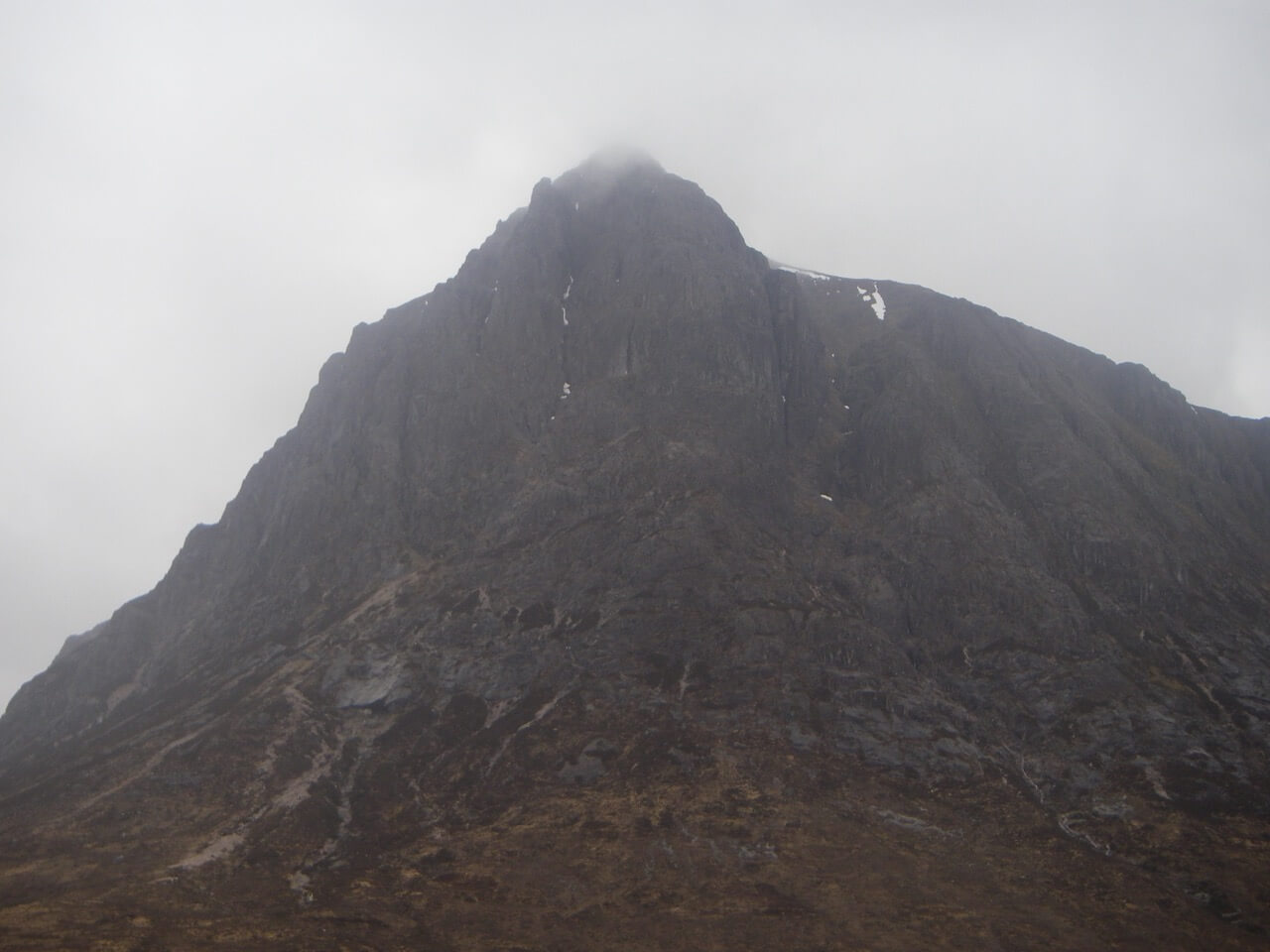 Stob Dearg (or ‘The Buachaille’) still with snow patches in Crowberry Gully.