There was bit more snow today, particularly during the afternoon. Due to light winds this was depositing a relatively uniform layer of snow snow in most locations. Winter conditions are still quite thin in Glen Coe but definitely improving with the snow. 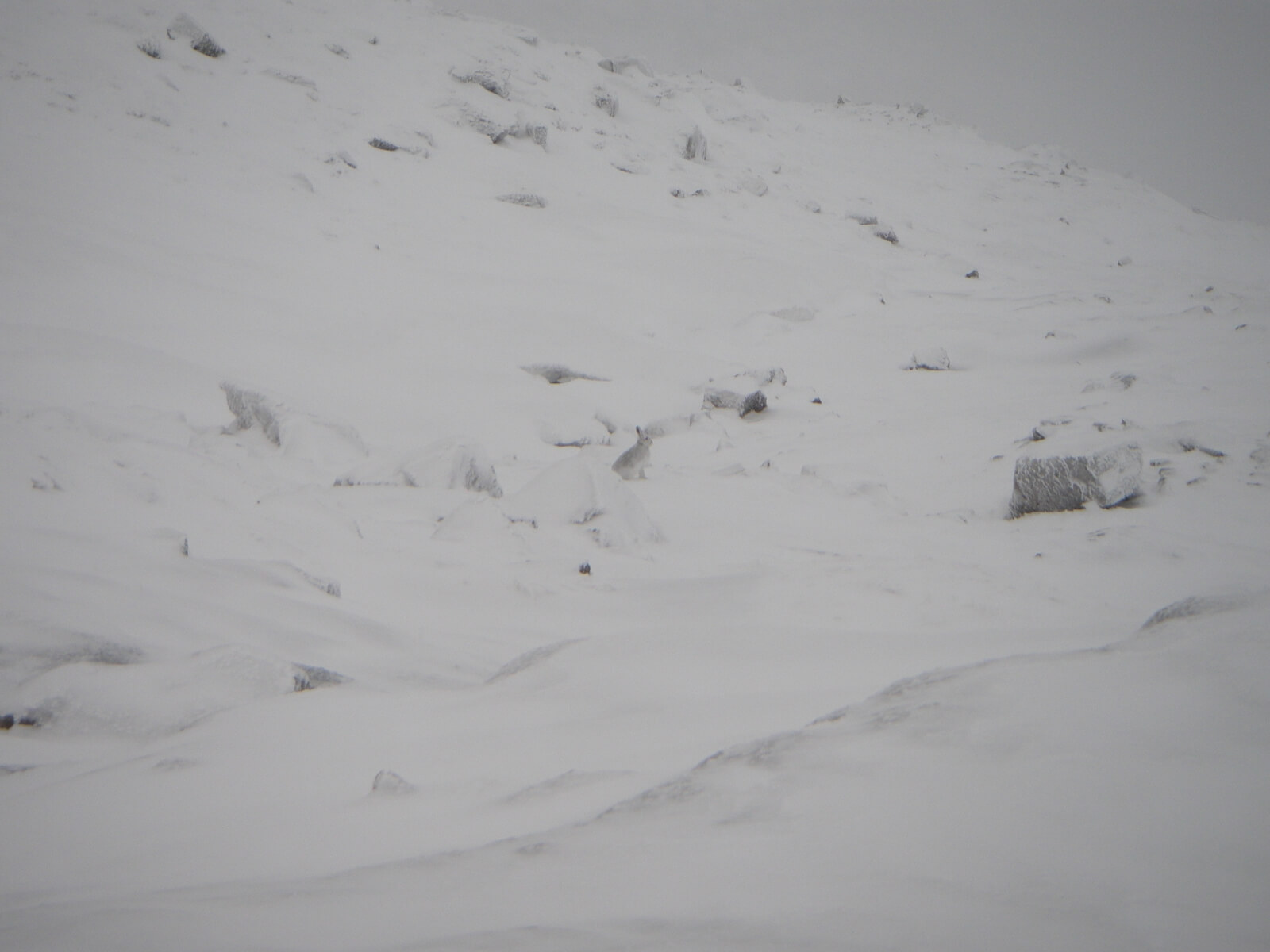 A mountain hare. Judging by the number tracks there had been a few of them out and about. 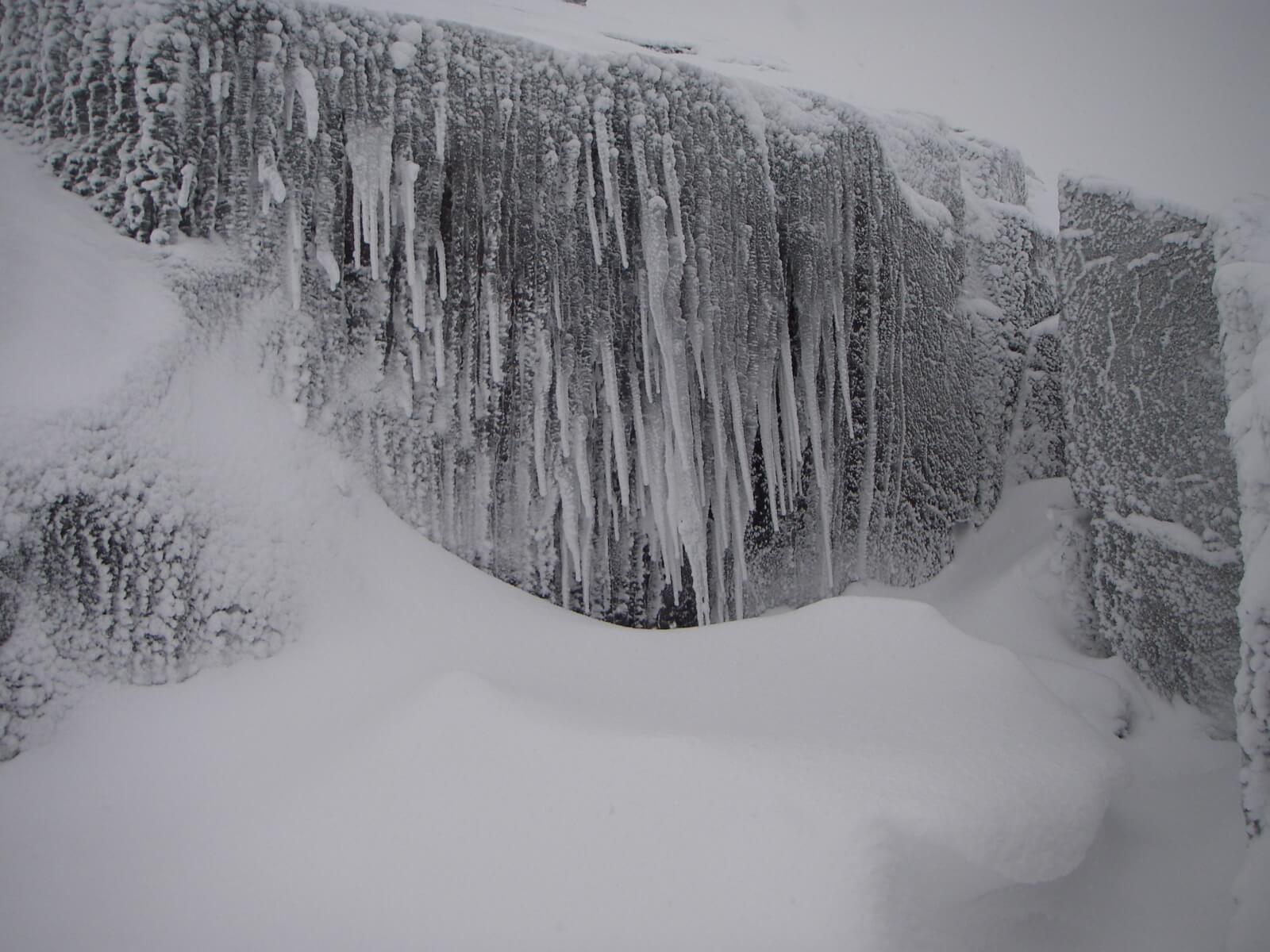 There has been a few bits and bobs of ice forming here and there over the past few days. 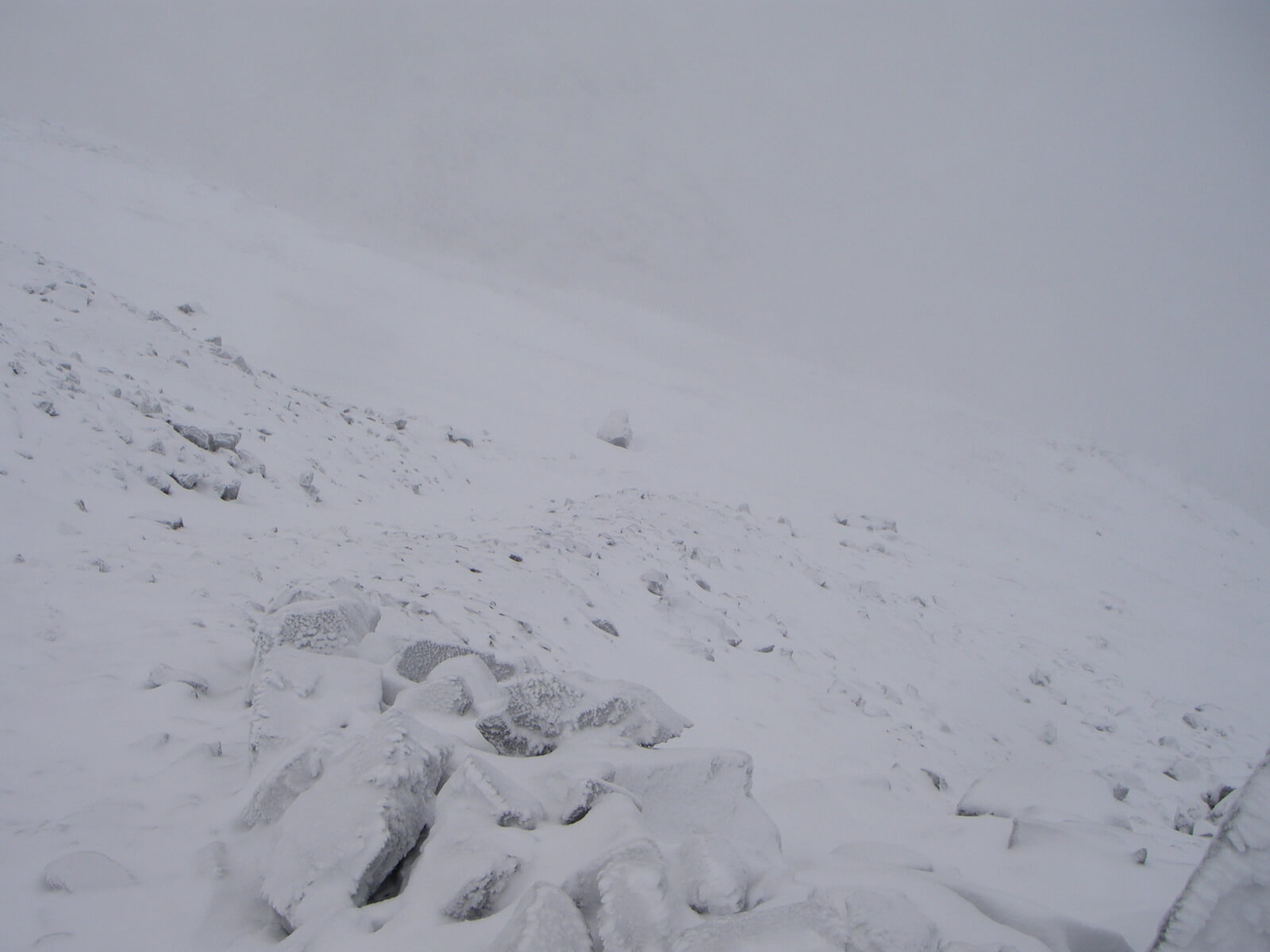 Not much of a view, the snow was falling quite heavily in the early afternoon.