Today was similar to yesterday that overnight and through the day snow showers were blown on by Westerly winds. However, there was more soft snow on the ground and less visibility between showers. Â It was also slightly milder with a freezing level of around 500 metres. All the soft snow makes for hard going on foot, skis make things a bit easier. 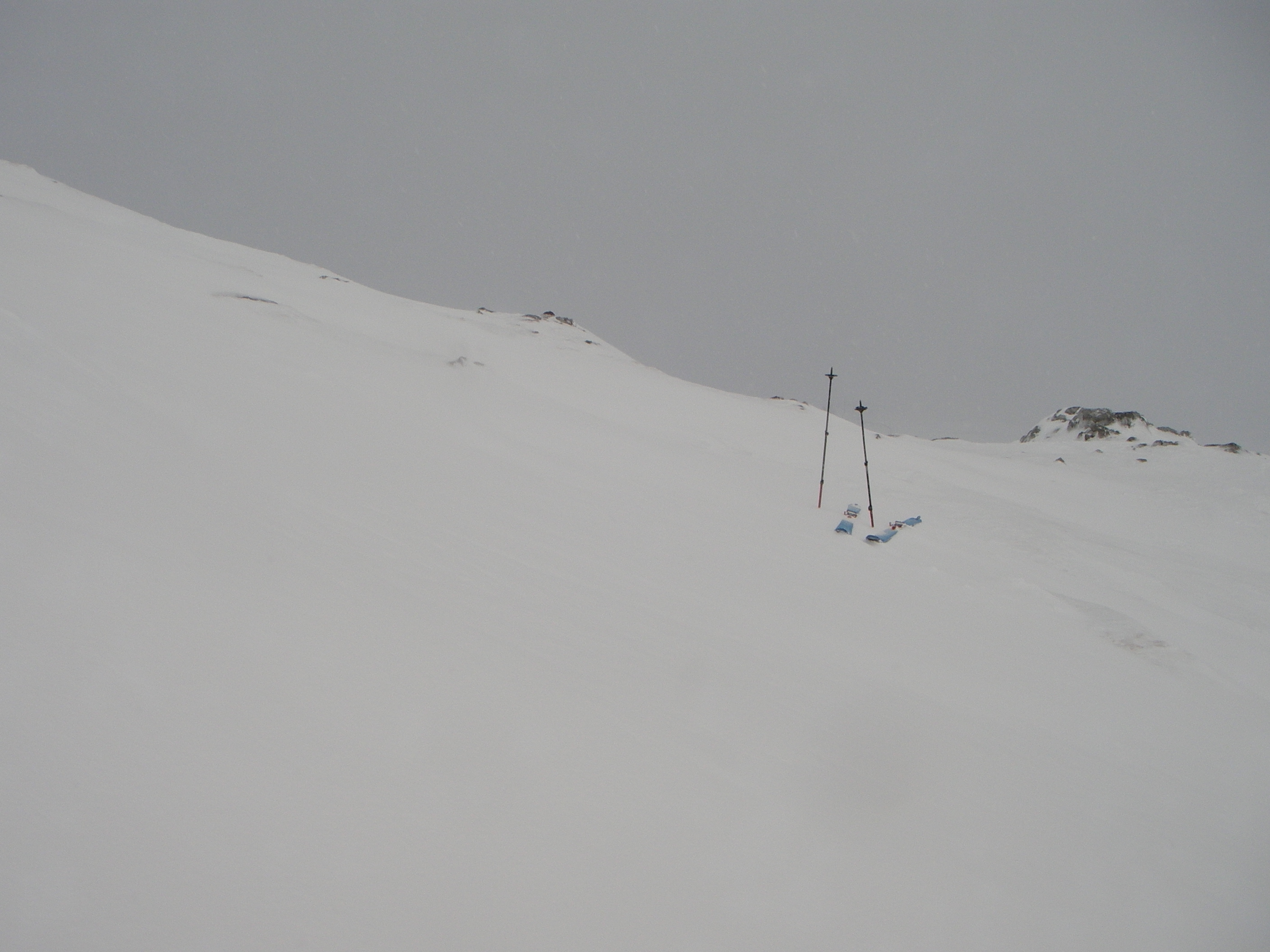 Skis helped with transportation today. Above about 600 metres the descent was quite pleasant despite the flat light. Below this level soft, variable snow sitting on heather made for more challenging skiing, it was more about survival than grace for myself. 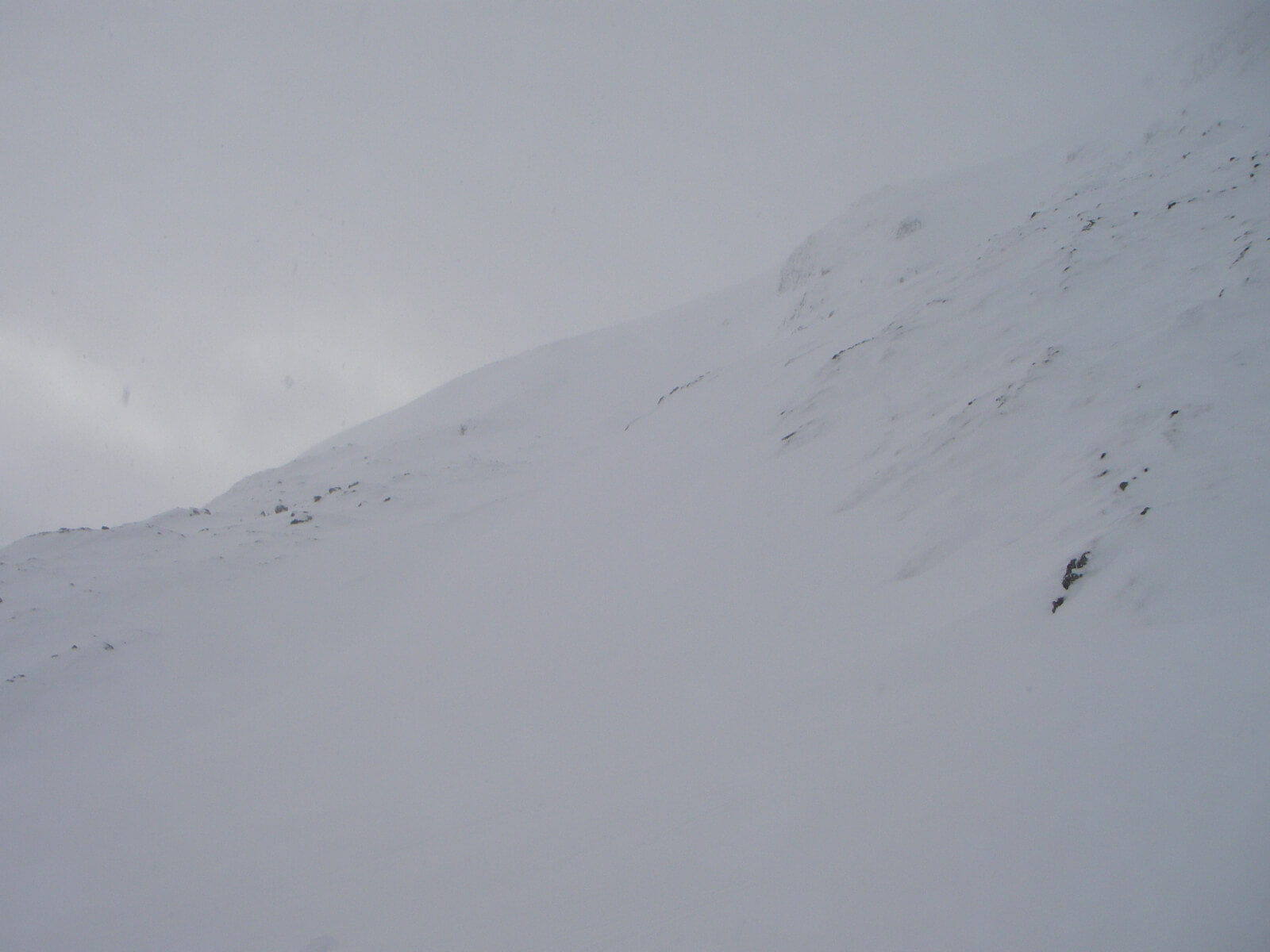 Conditions at about 830 metres. This was as good as visibility got. 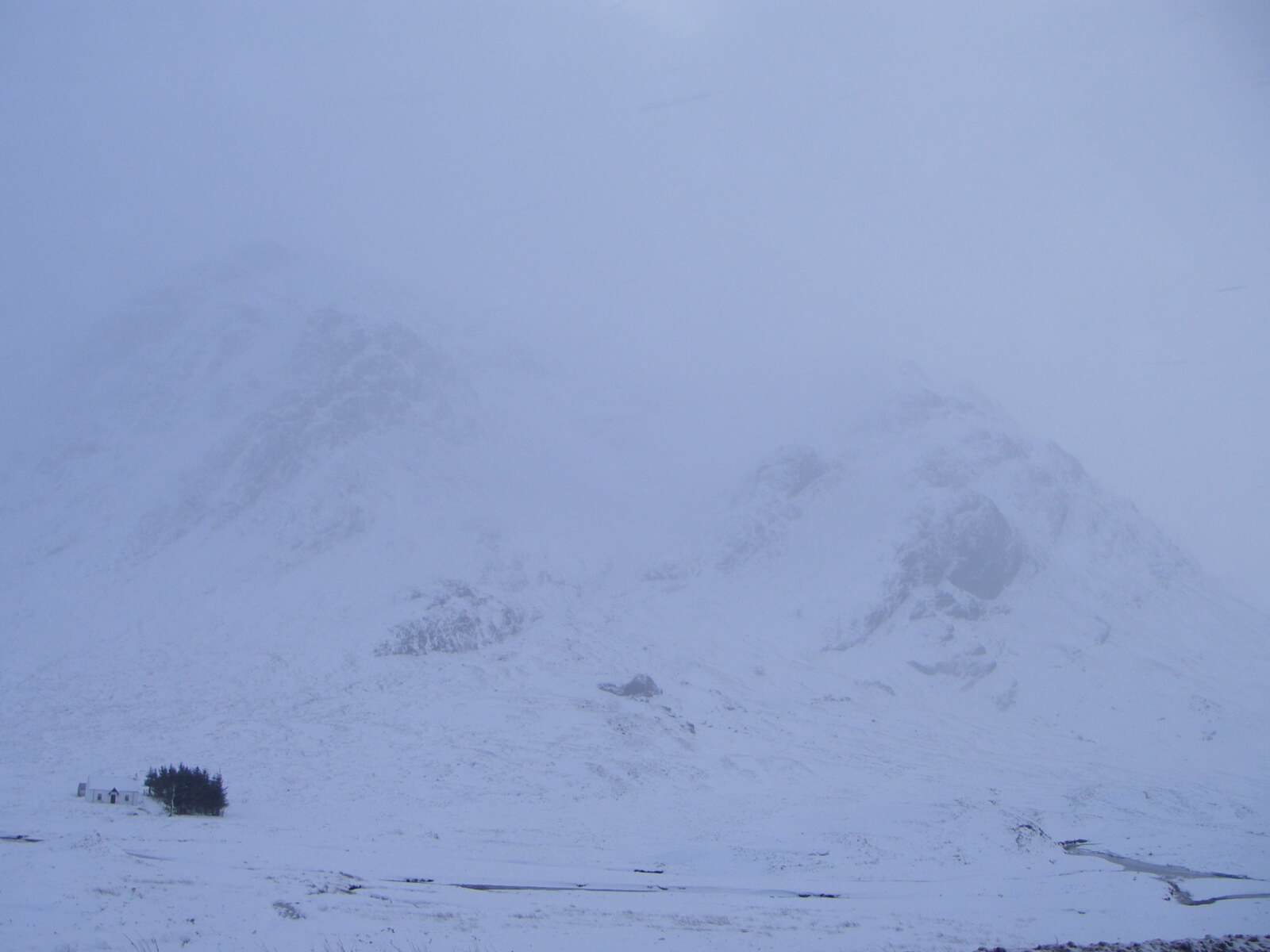 Lagangarbh hut with the Buachaille peaking out the cloud behind.