Some Visibility at Last.

In terms of visibility it was the best day for some time. Soft snow was making for hard going in most places, much easier if you have a set of Â tracks to follow. A complex pattern of distribution with many aspects being affected by areas of windslab, although these tend to be quite limited in extent. 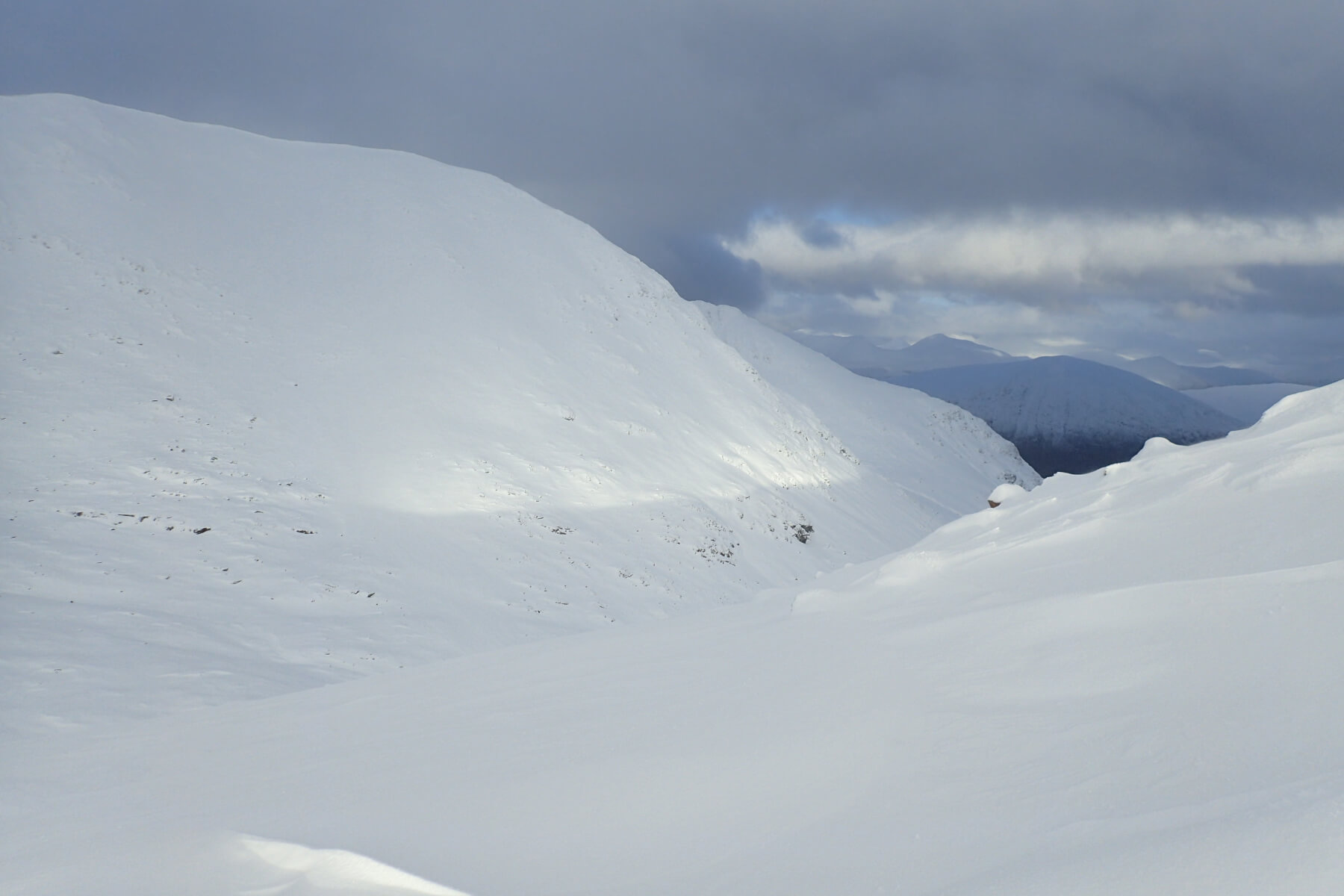 Looking North to the head of the Cam Ghlinne and Creise. 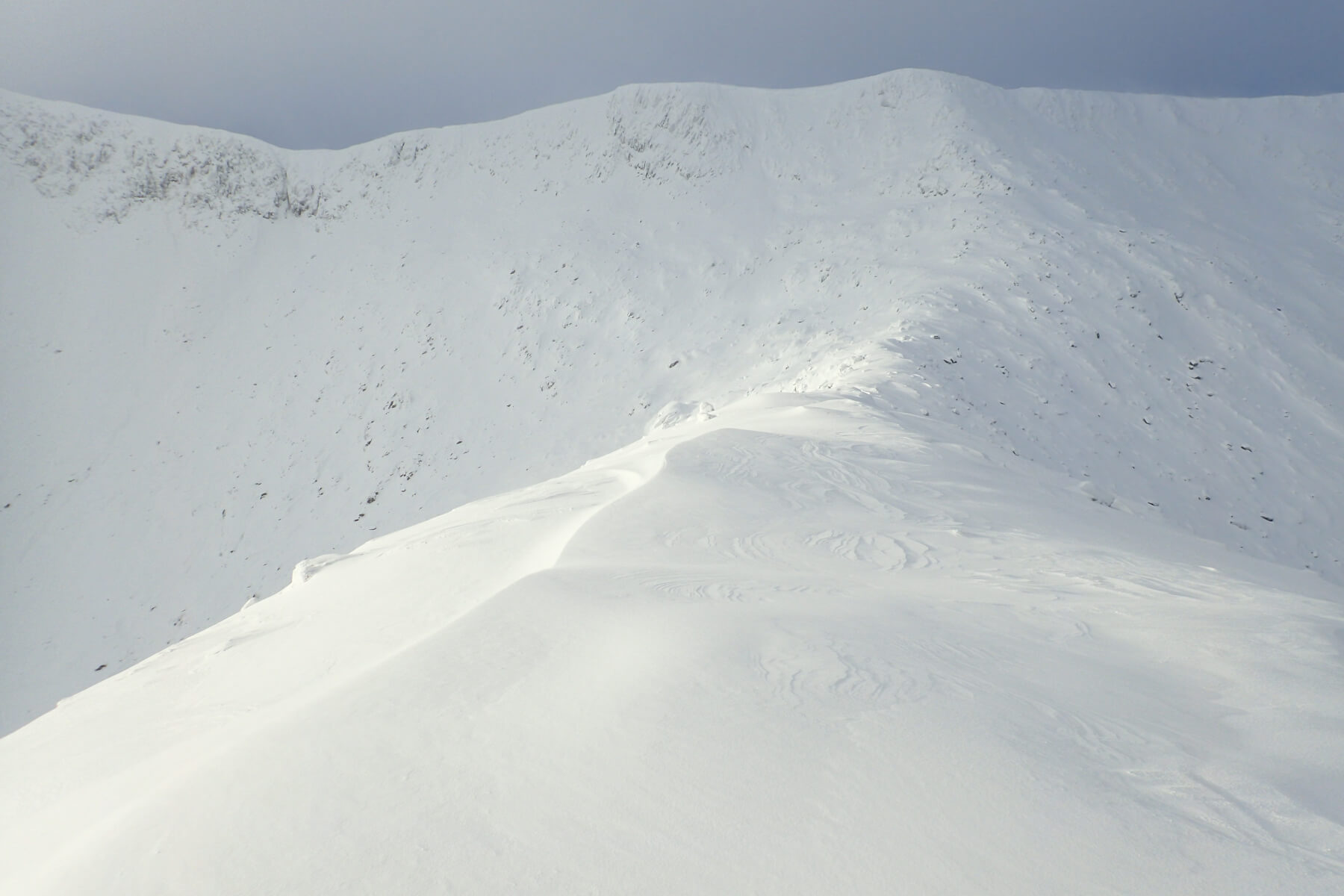 The ridge up Creise from the col. The snow in the foreground was generally being transported from the right (North aspect) to the left (South aspect). However, there was still plenty of patches of windslab remaining of the North side of the ridge.Â 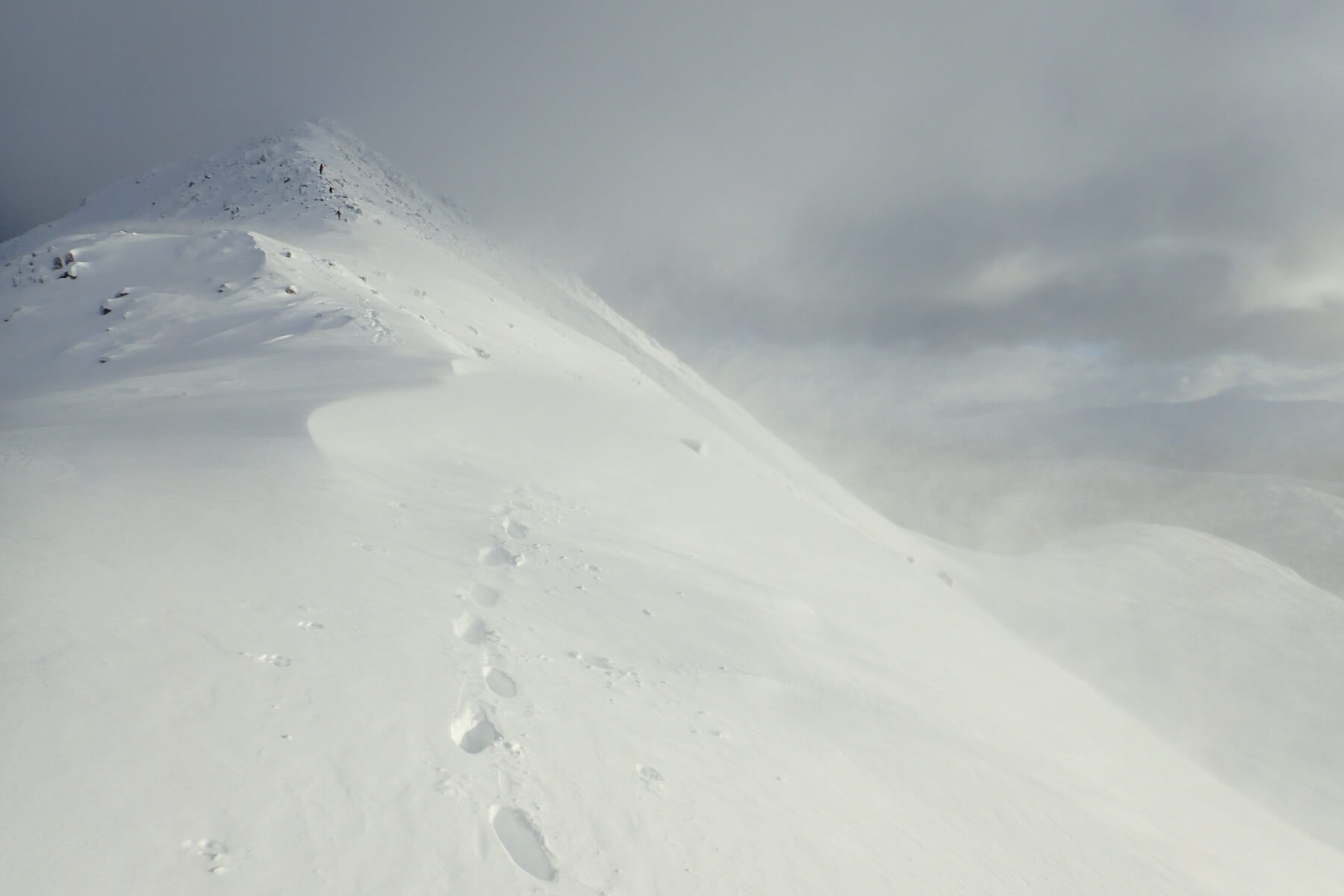 Looking back up to Meall a Bhuiridh, in some areas (such as the foreground) there was a fair depth of soft windslab.Â