It was a fantastic winter wonderland in Glen Coe today. Being the weekend day with a good weather forecast, I knew that it was going to be busy, and that an early start would be worth it. In addition to the number of people out, deep snow blocked some of the lay-bys. This all did lead to a bit of a traffic fangle. Once parked the deep snow made it pretty hard to get anywhere for those who weren’t on skis.

It was good to see lots of people out enjoying themselves in the snow. There is a bit of unstable snow about with evidence of a few avalanches recently. There are also a few unstable cornices. Looks like a bit of a change in the weather tomorrow with milder air off the Atlantic starting to push into the area. Avalanches and cornice collapse are likely as the freezing level rises. 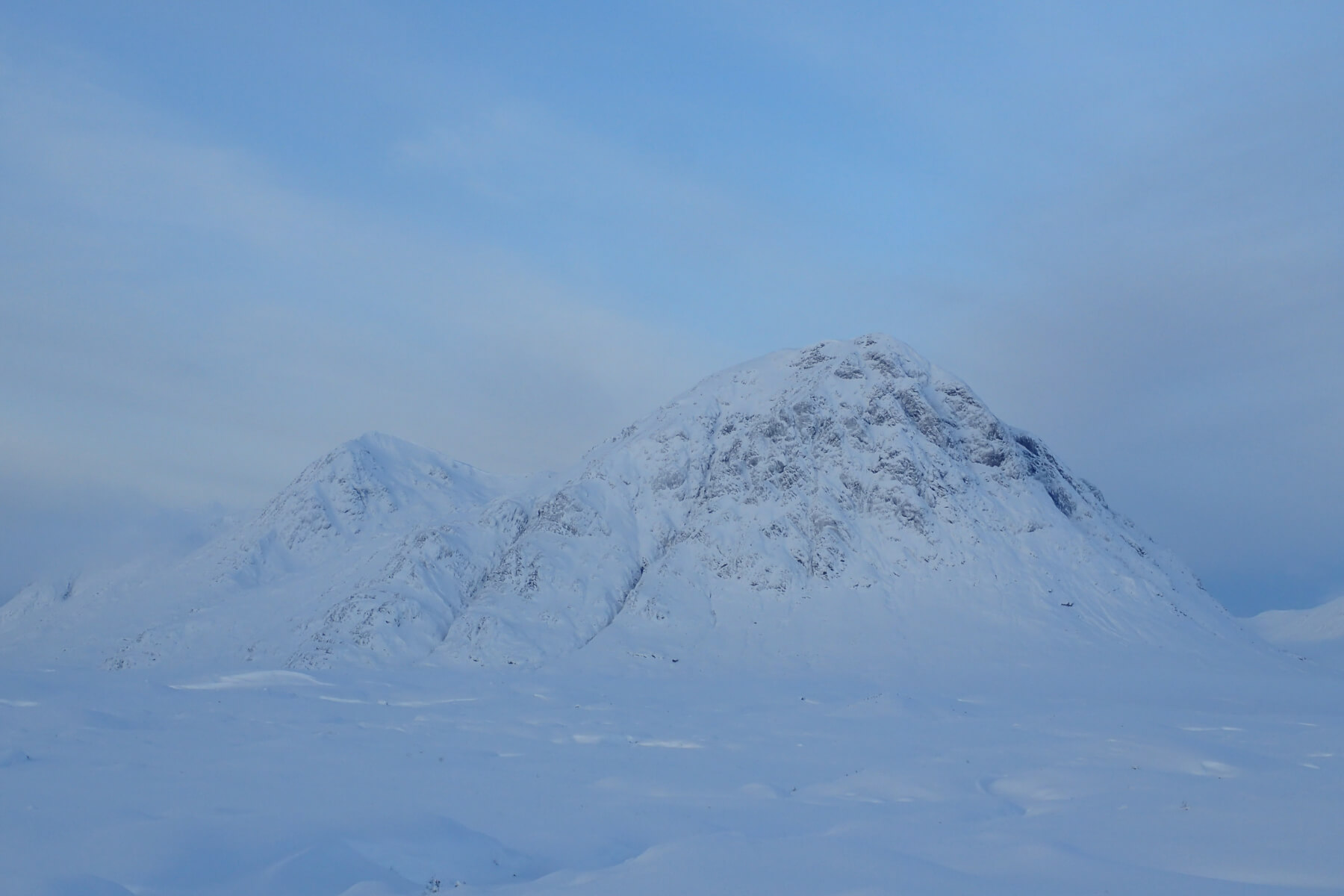 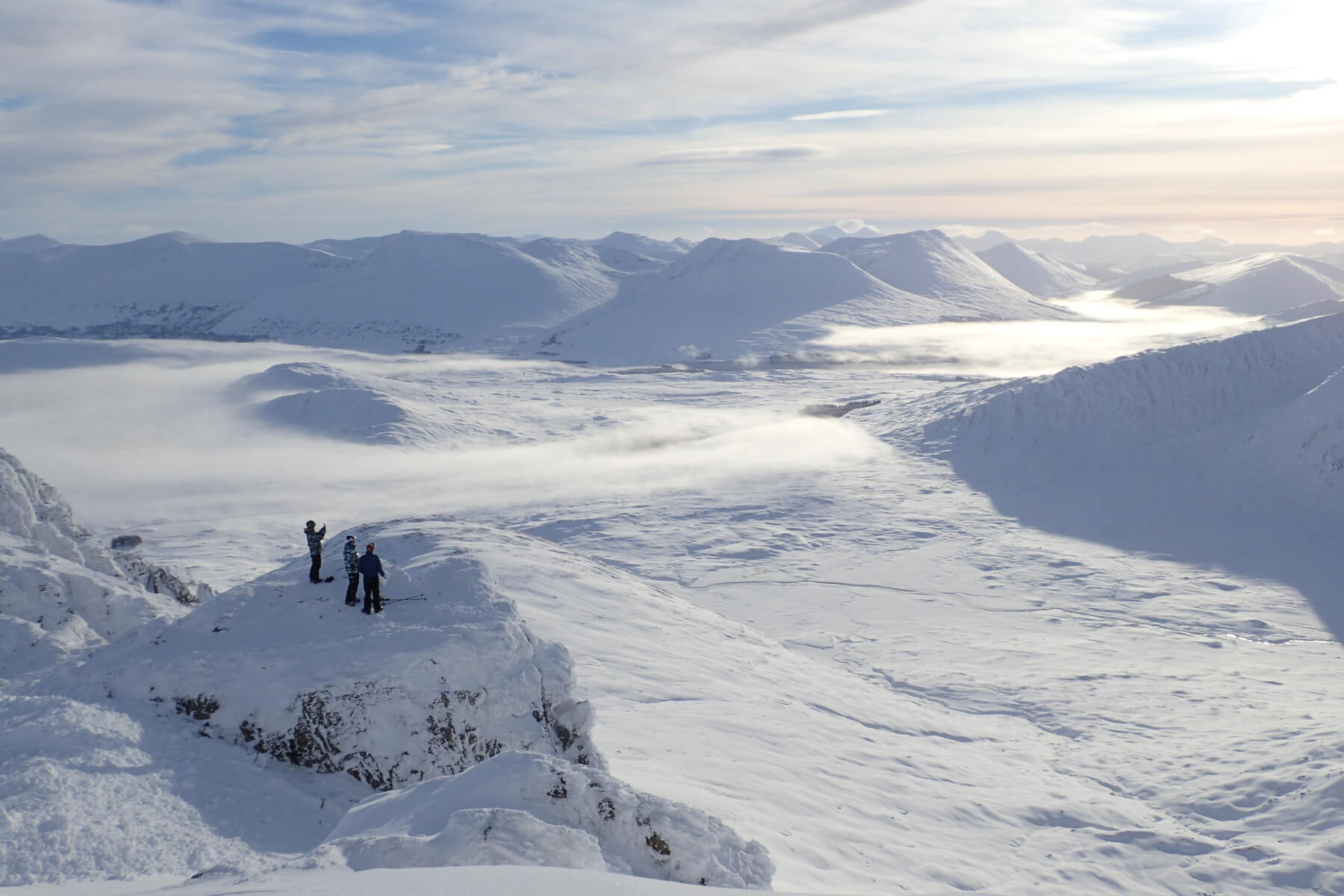 The view to the Bridge of Orchy hills from near the summit of Meall a Bhuiridh.Â 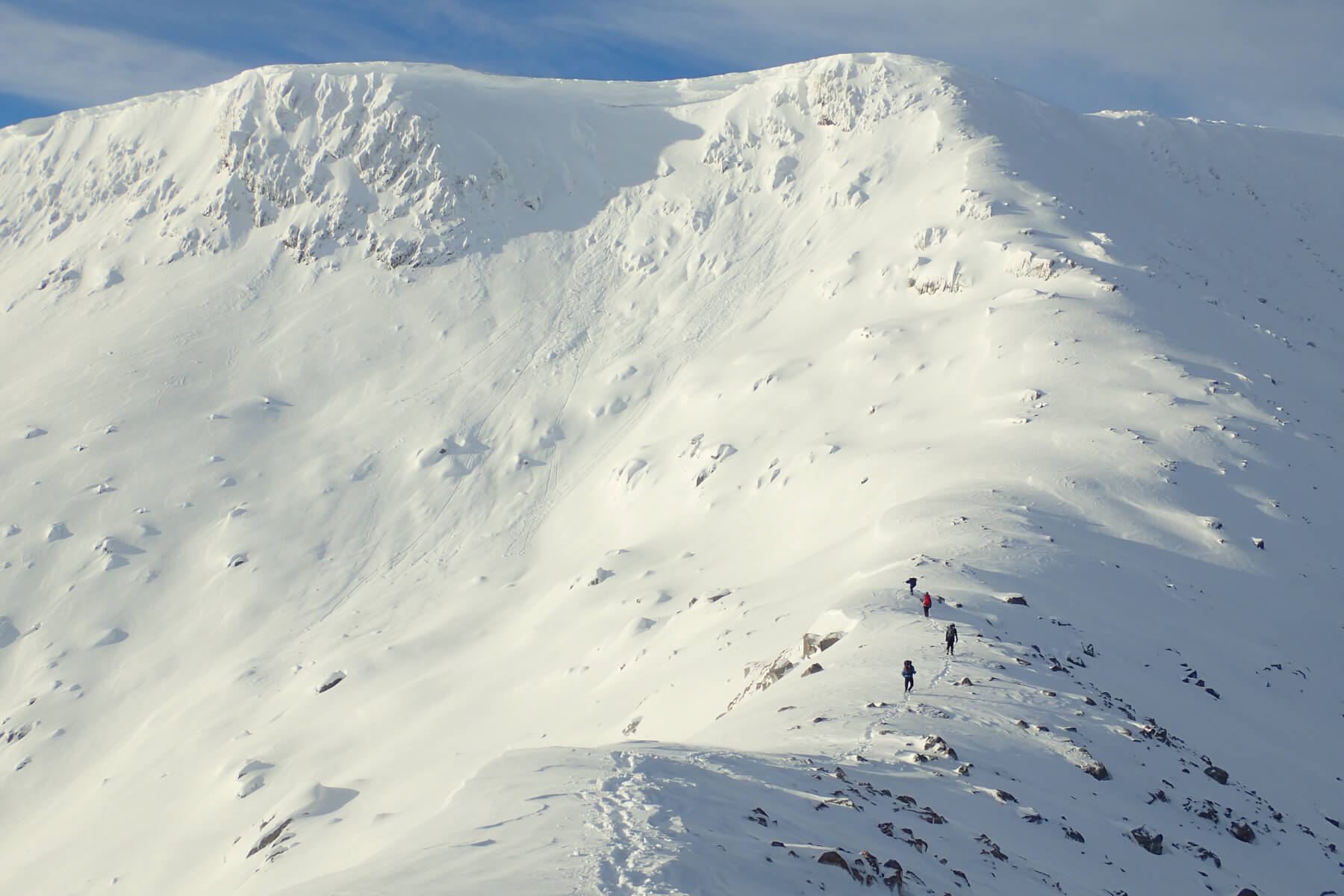 A team heading towards Creise/Clach Leathad. Notice the debris from broken sections of cornice in the bowl to the left.Â 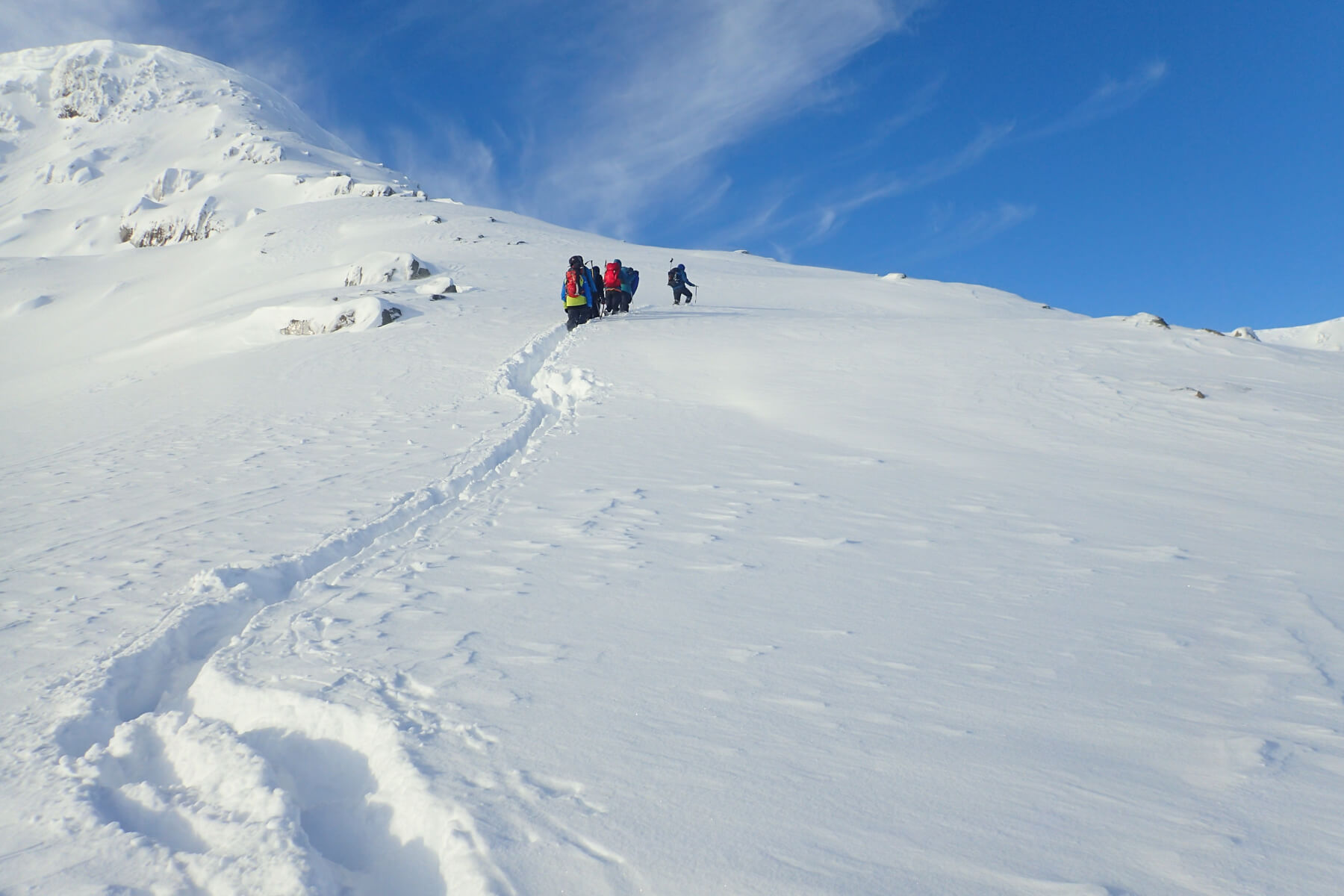 It was pretty hard going at times in the deep snow. Thinks to this team from breaking trail (and yes I did take my fair share of trail breaking). 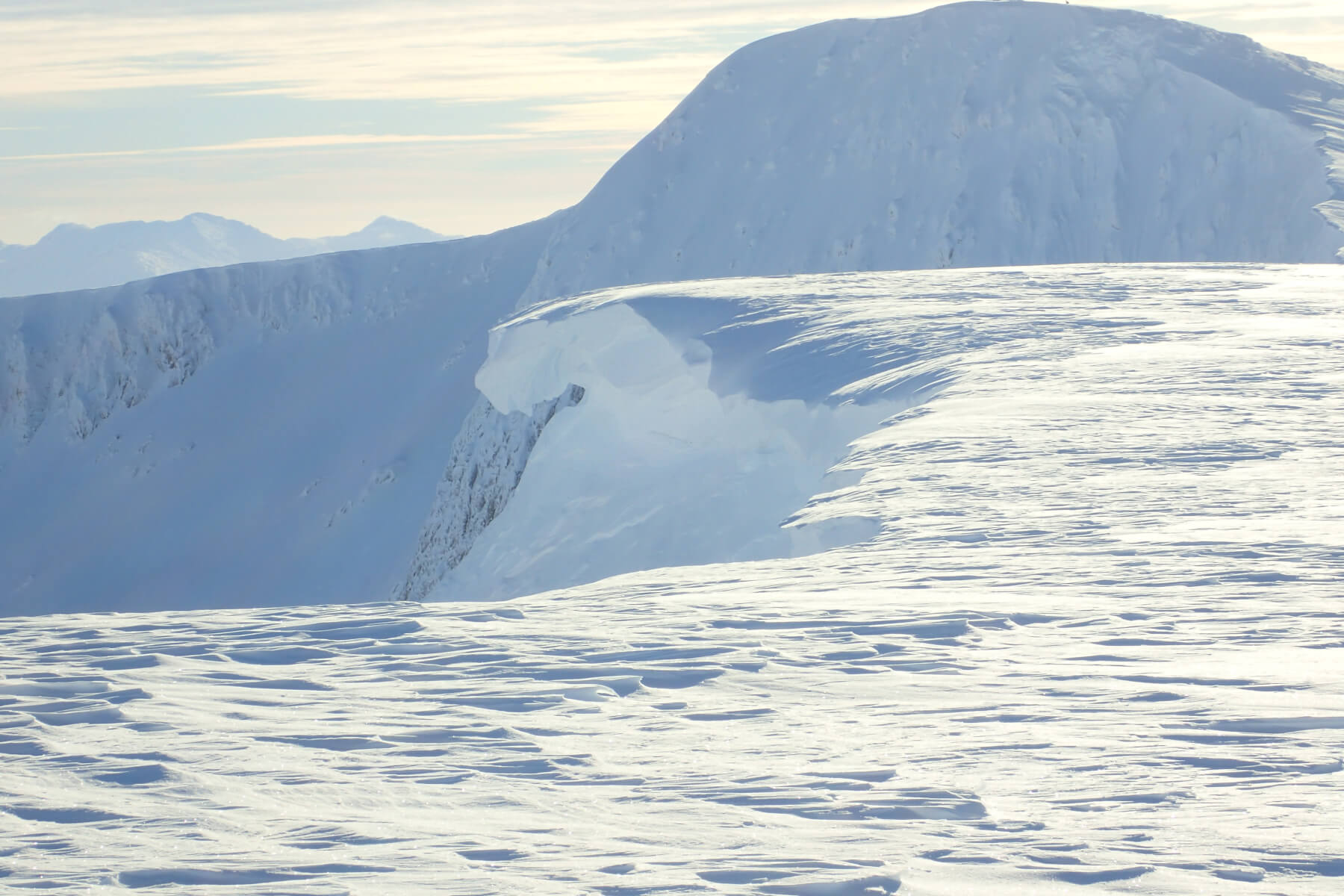 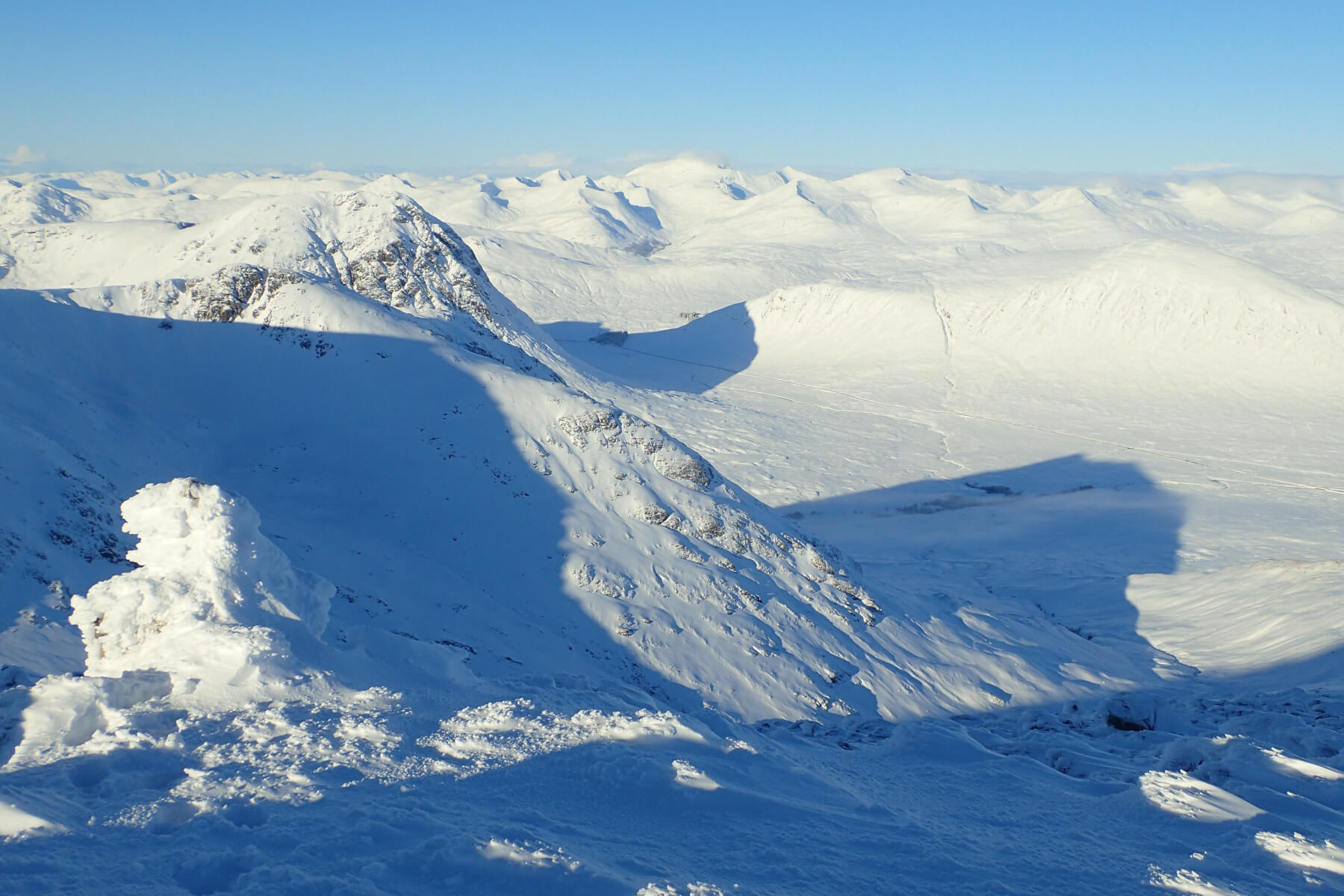 The view to the North. Winter wonderland!