It was a pleasant day in Glen Coe today. At higher levels the snowpack has generally set up firm in the cooler overnight conditions. There are areas where the snowpack supported my weight, in other areas a breakable crust makes things a bit harder going. The temperature rose a bit through the day, softening the snow pack, particularly on slopes exposed to the strong sunlight. Plenty of evidence of avalanche activity during the thaw was noted. Looks like being another lovely spring day in Glen Coe tomorrow. 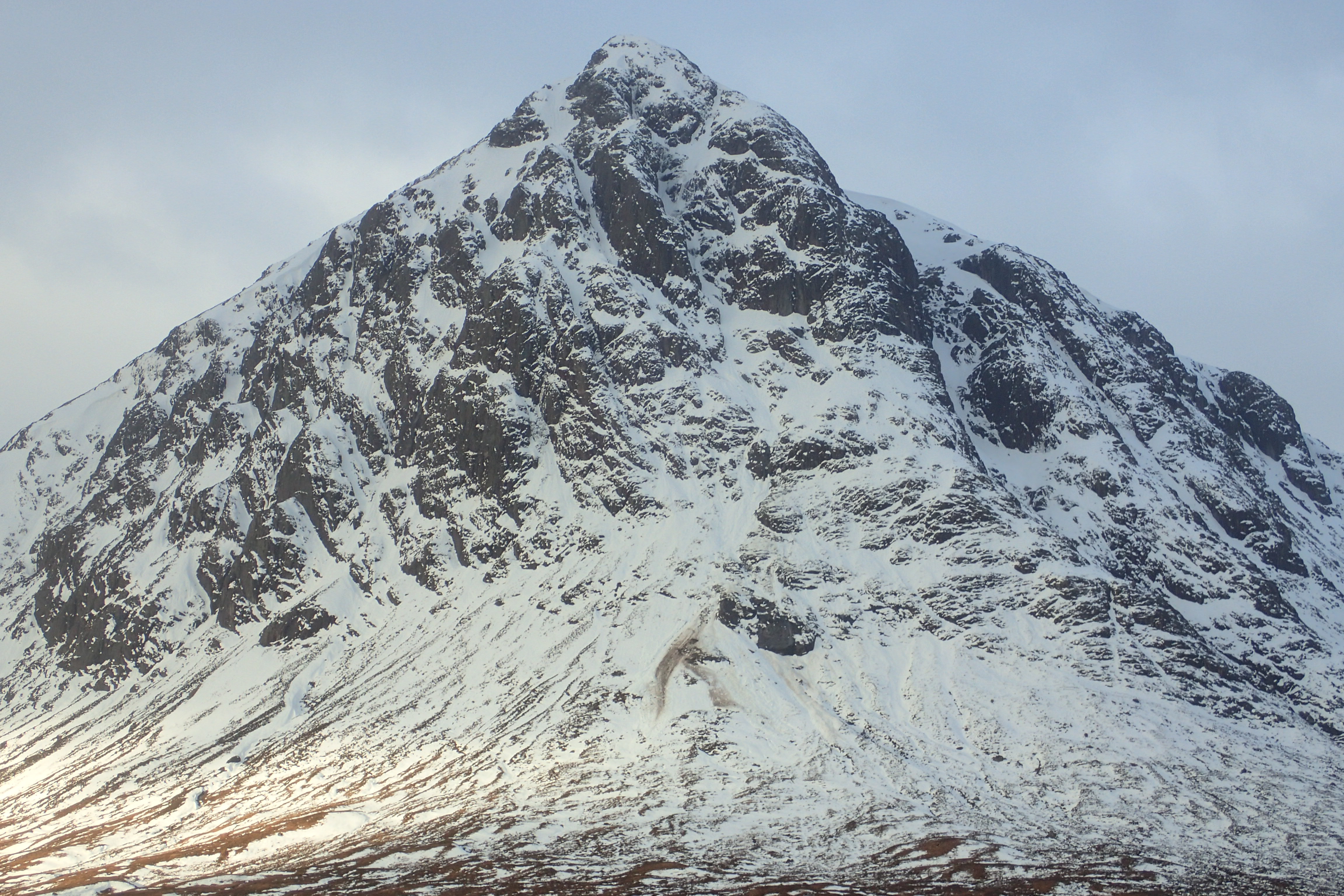 Buachaille Etive Mor. Some dirty debris from yesterday’s avalanche can be seen in the lower centre of the picture. 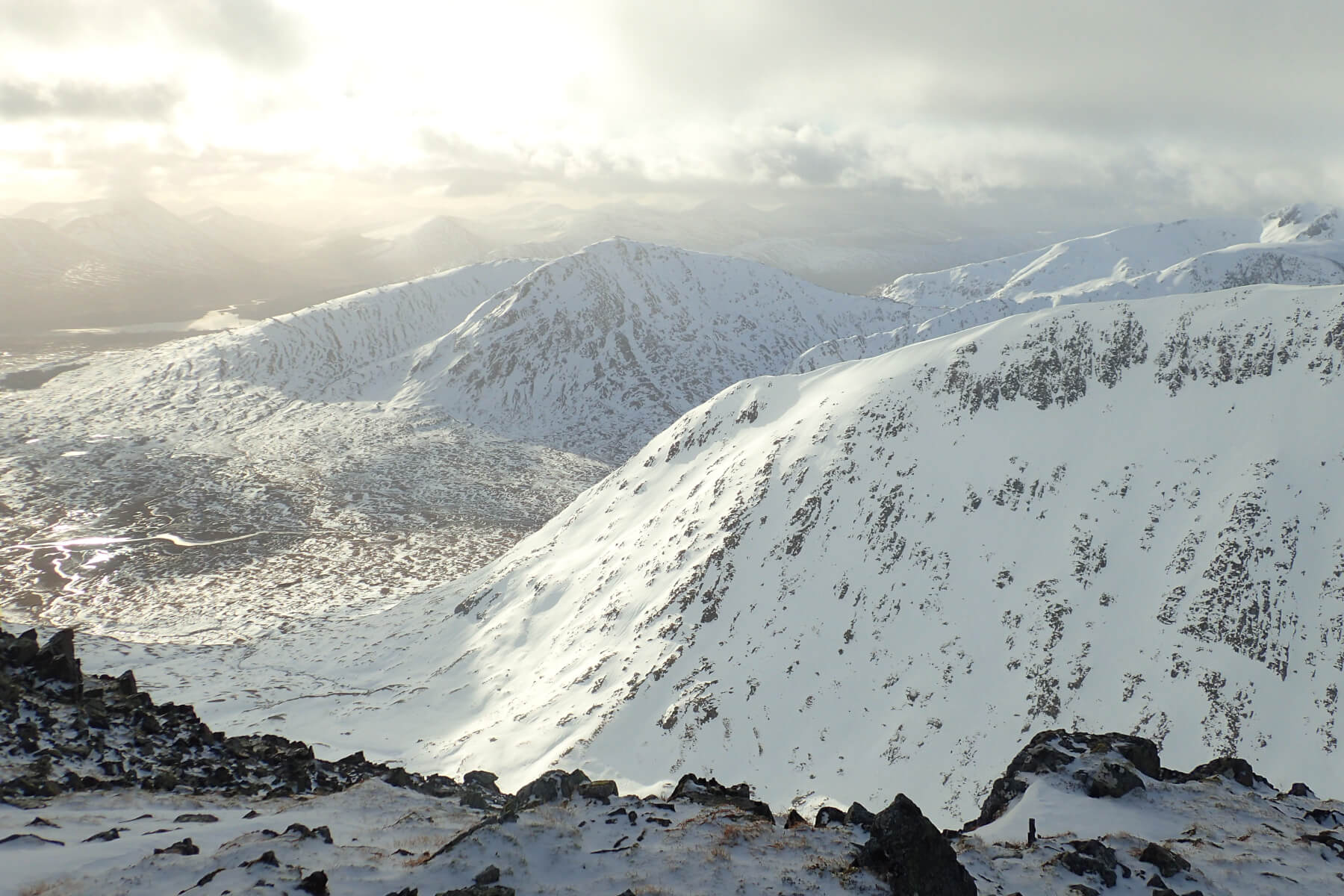 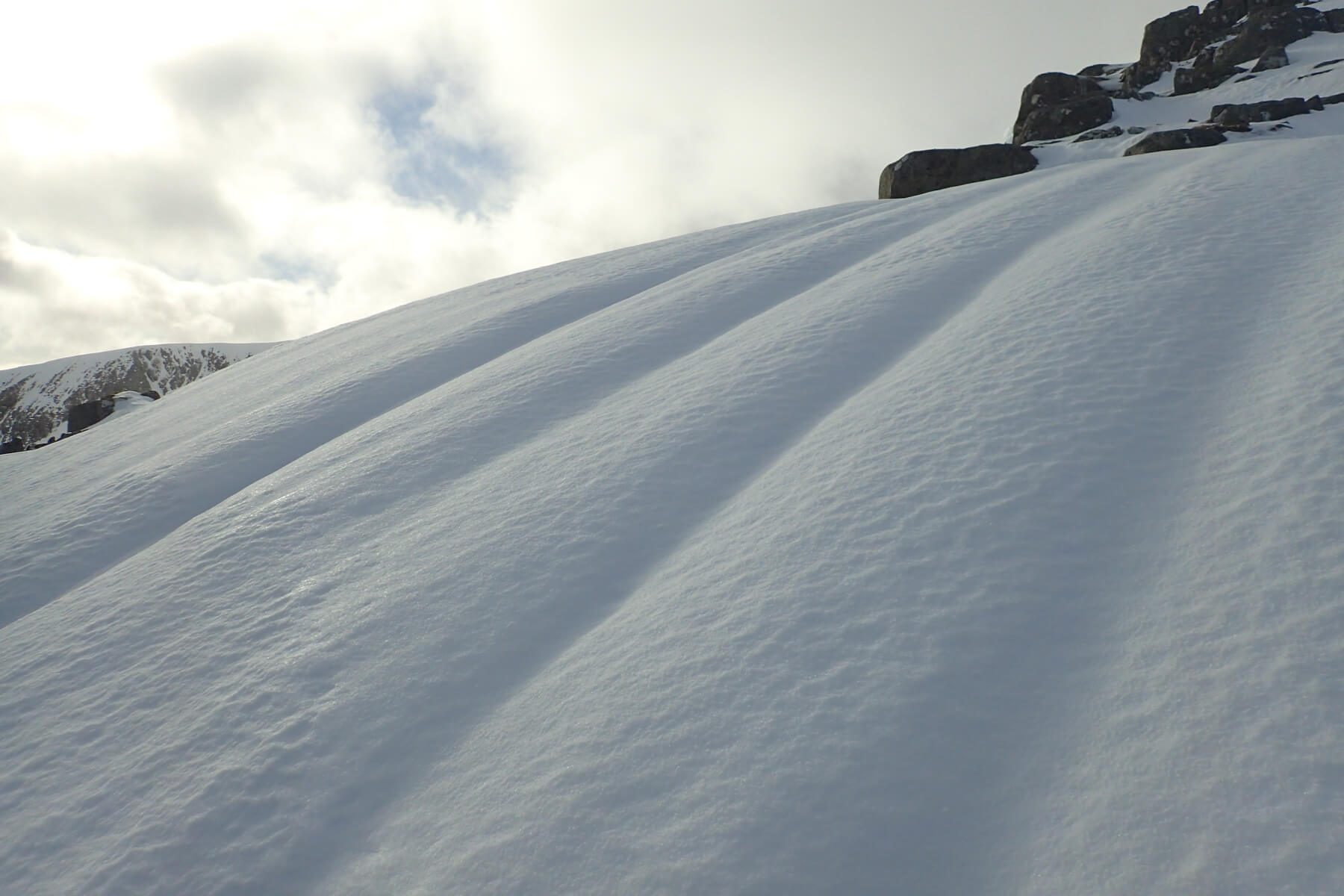 Runnels in the snowpack caused by yesterday’s rain and mild temperatures.Â 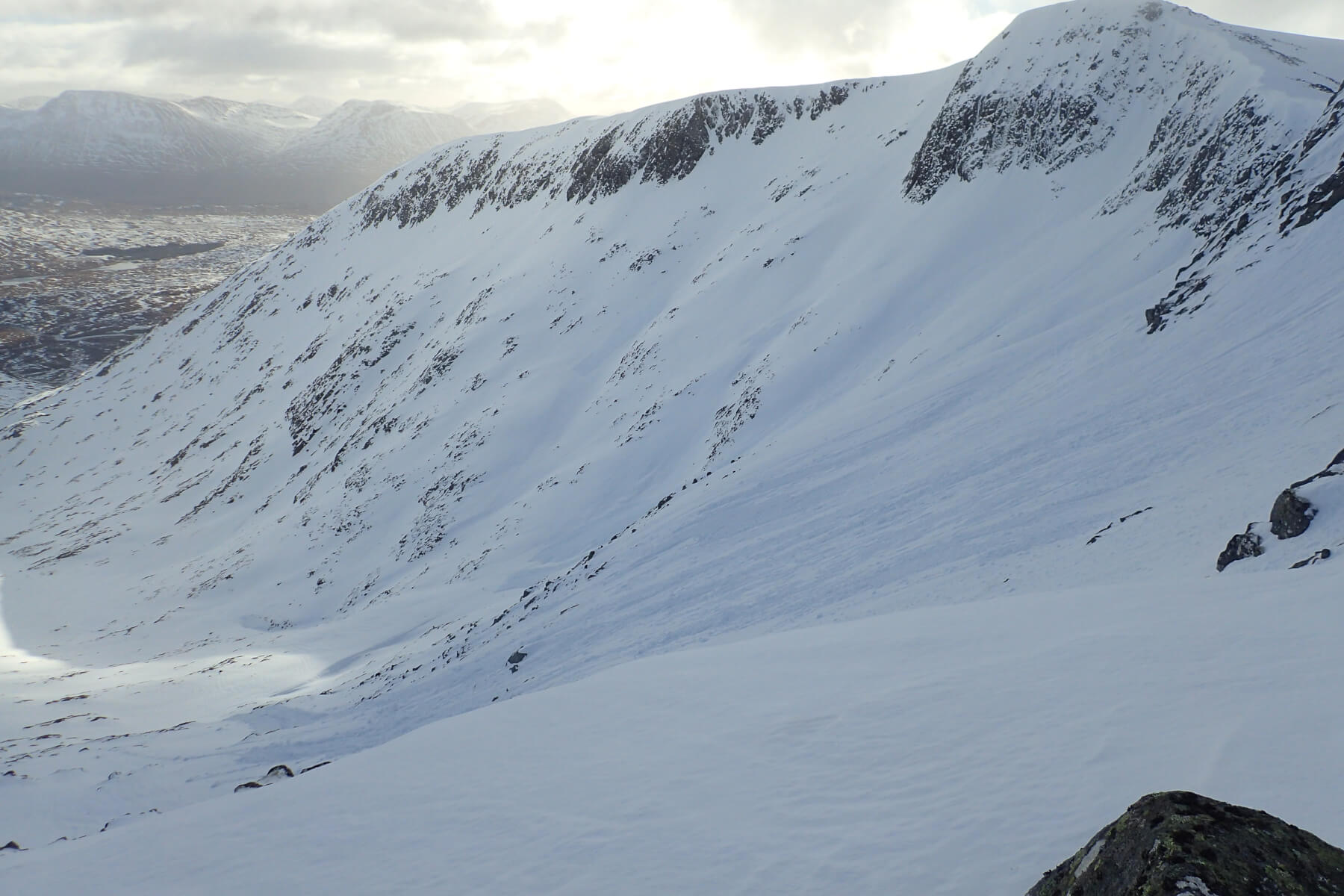 Plenty of debris coming of Clach Leather. Most of this was caused by cornices collapsing in the mild conditions on Sunday night and Monday.Â 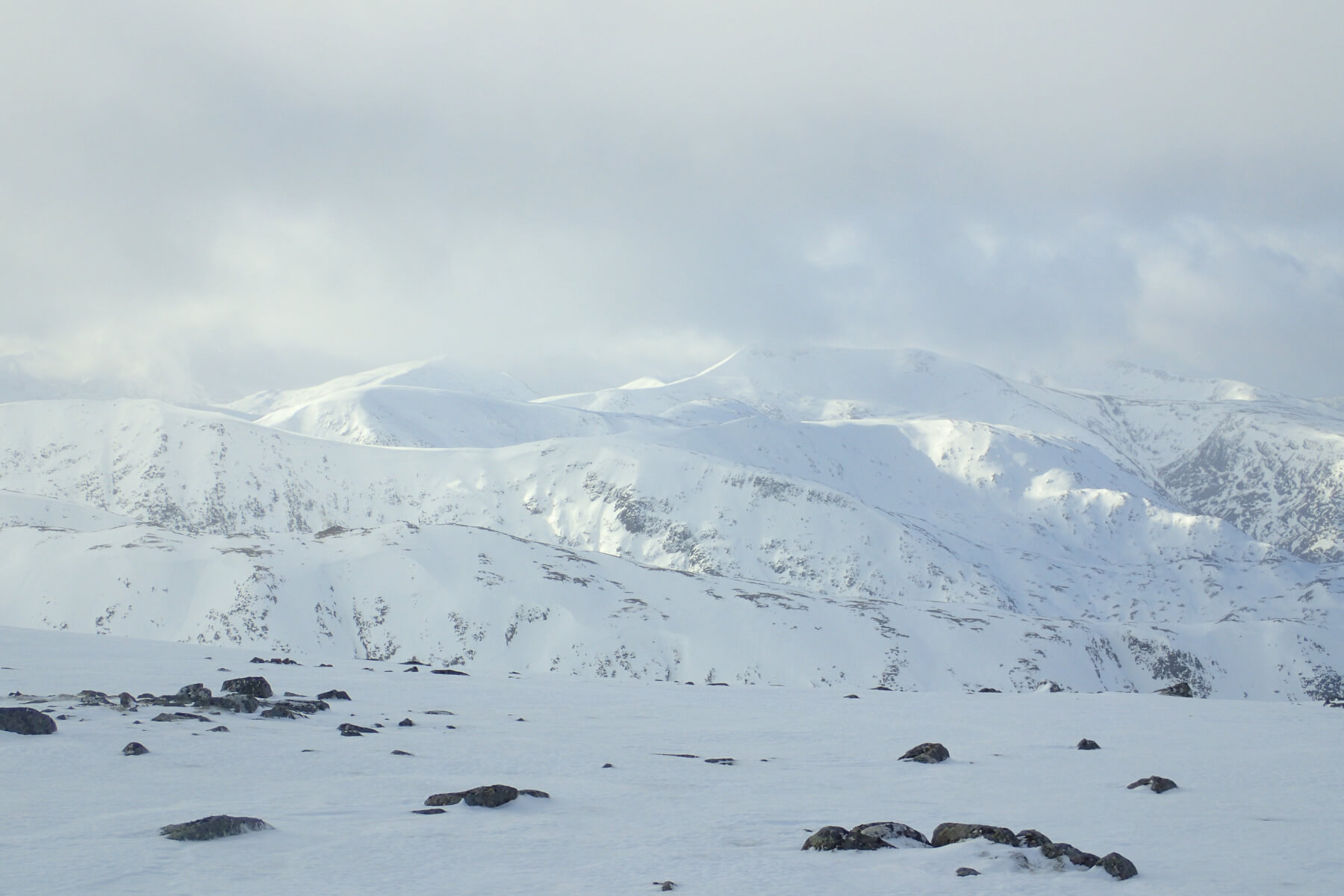 Plenty of snow left in the Black Mount hills.Â 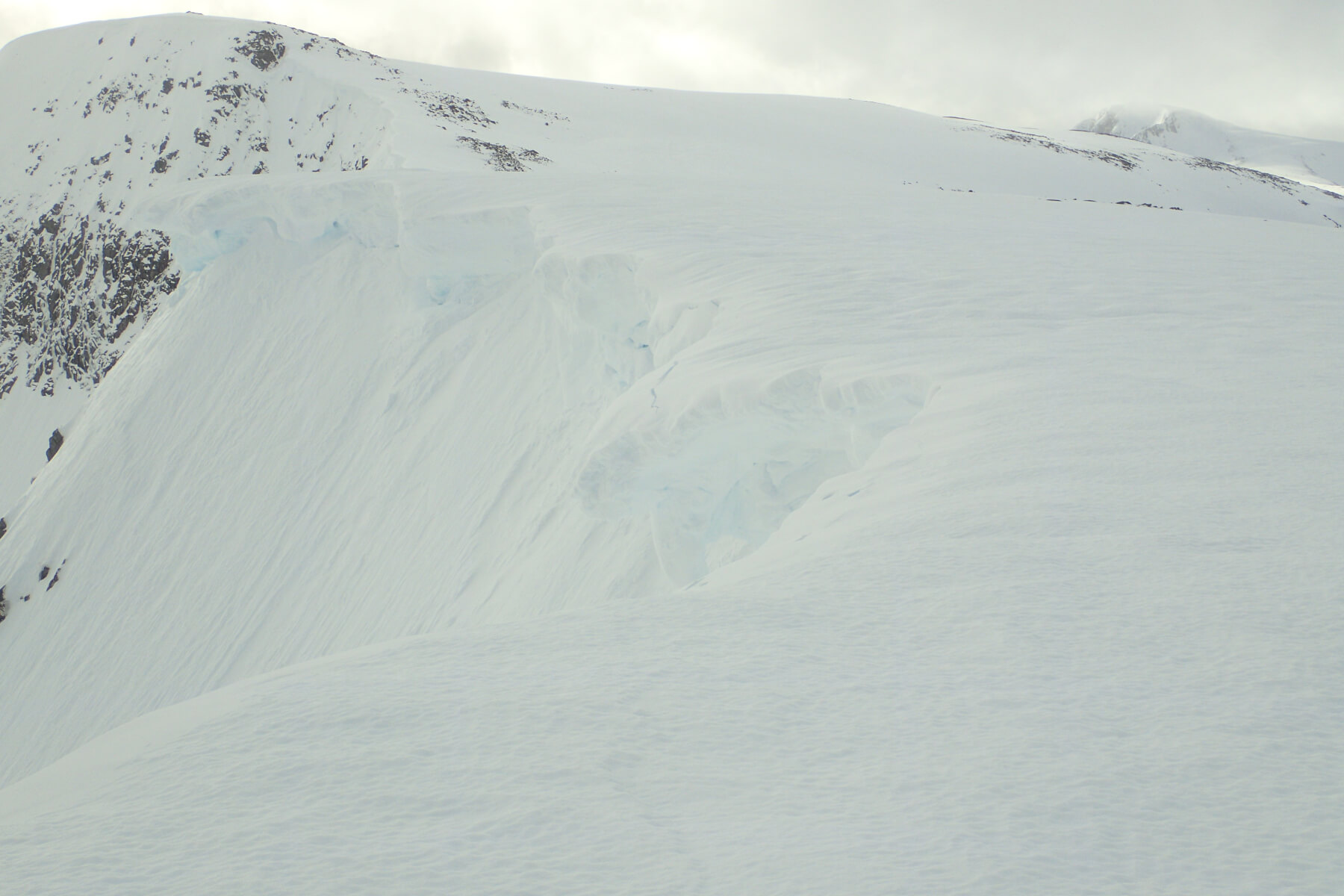 Although some cornices have collapsed, other sections hang on precariously (note the crack in the section in the middle).Â 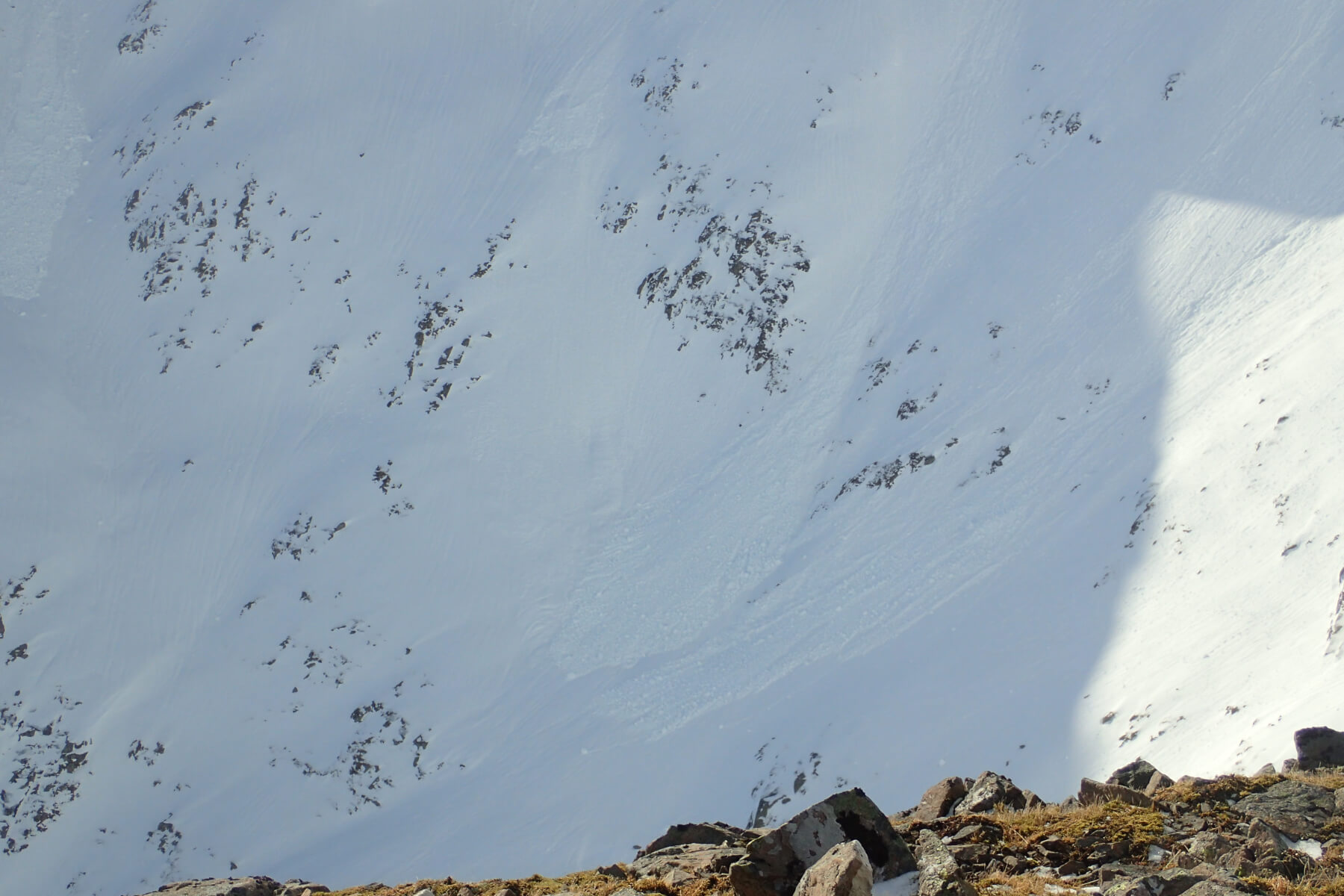