It was a cold and generally dry day in Glen Coe today. The temperature at 750 meter was around minus eight degrees celsius. It looked like the top of the glen had caught a couple of light snow showers overnight. The snowpack is generally frozen and icy, and ice is forming where water is present (sometimes on paths lines), means that slips and falls are probably the most significant mountain hazard in Glen Coe at the moment. Similar conditions are expected tomorrow, although perhaps with the odd snow shower 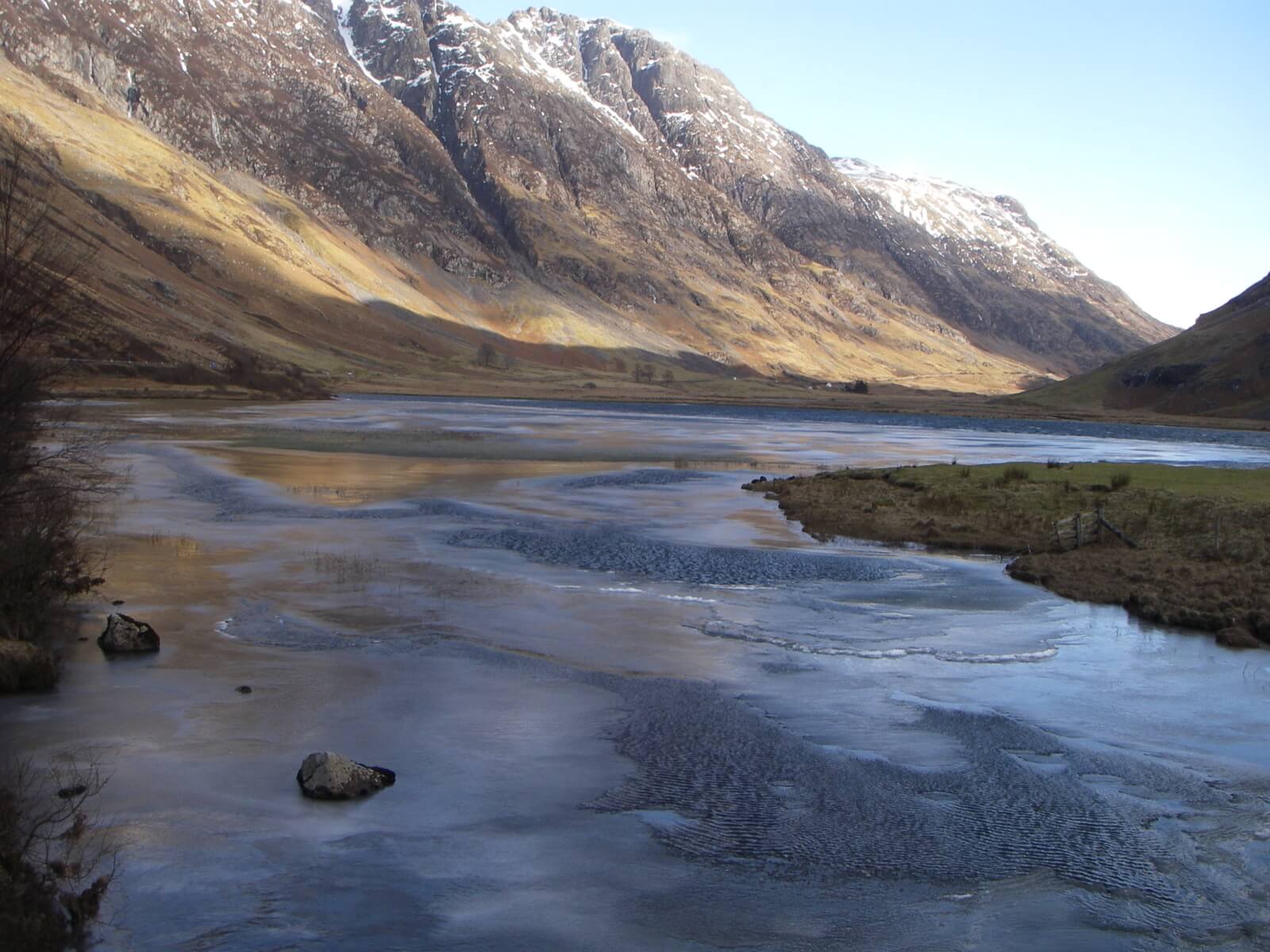 Loch Achtriochtan starting to freeze in the chilly conditions. There was a chilly breeze blowing down the glen shown by the ripples in areas of liquid water. 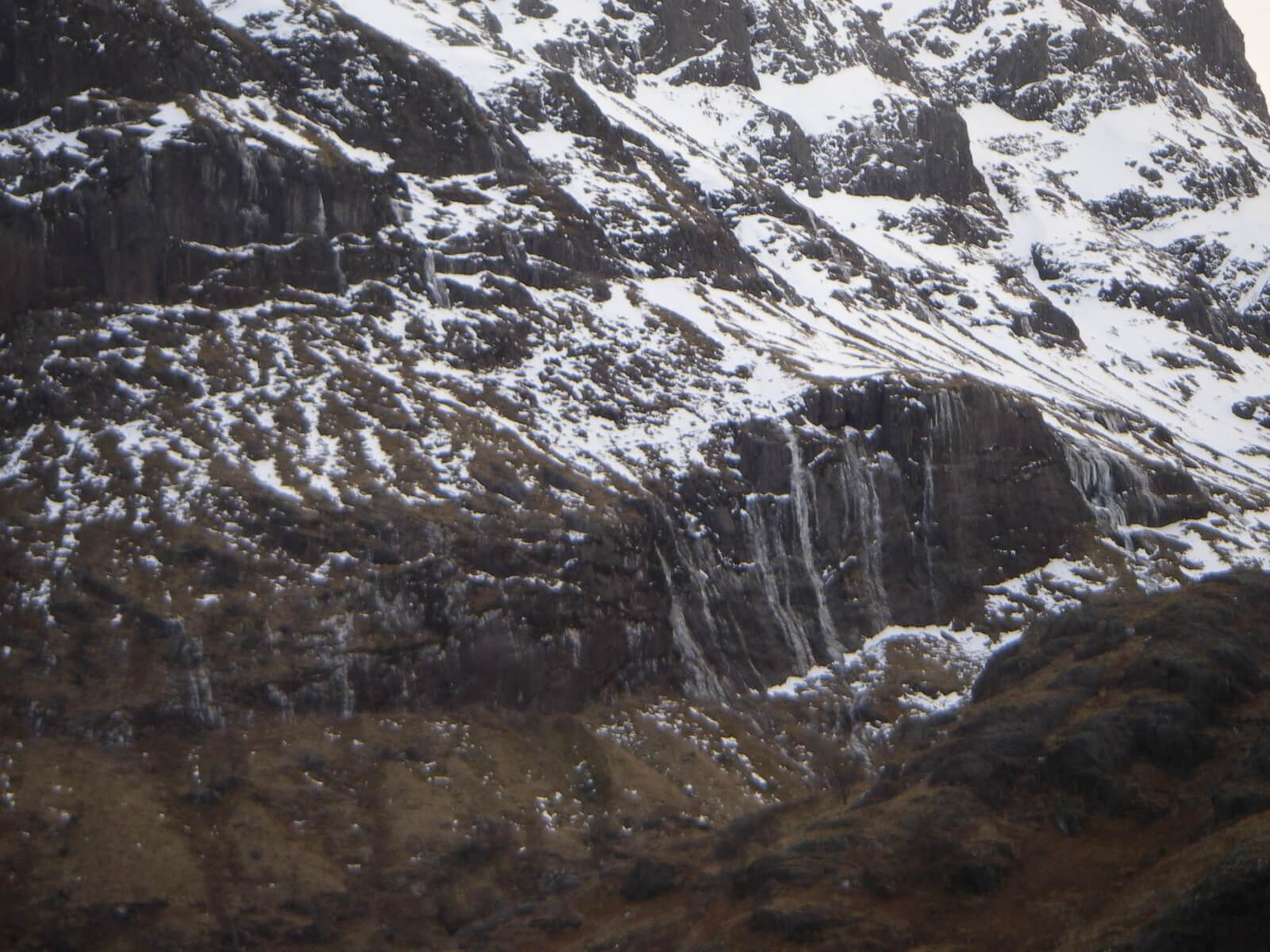 Ice starting to form in water courses and seepage lines. Slips and falls from water ice forming on paths a current hazard in Glen Coe. 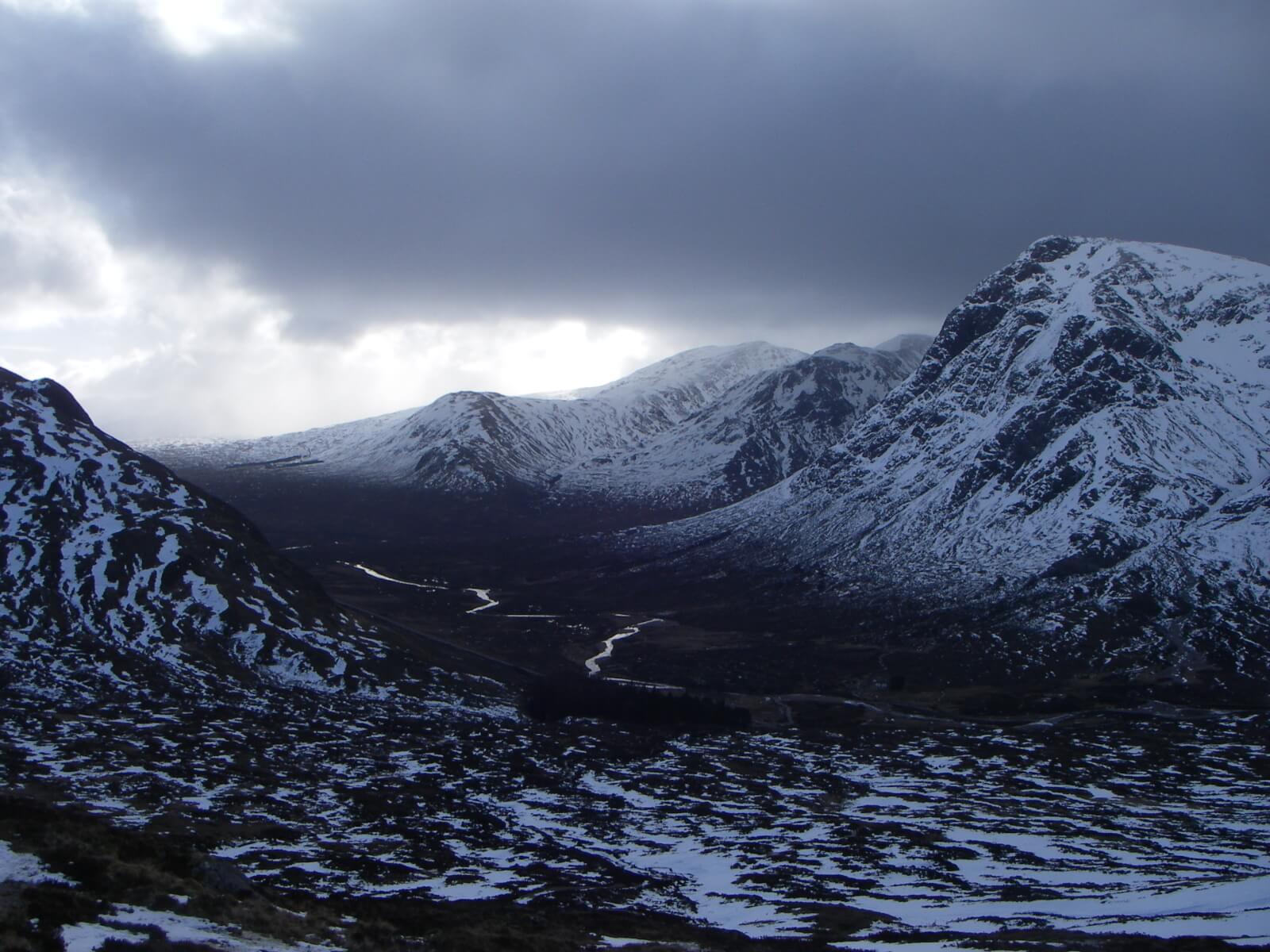 The top of the Glen looking moody this morning. There appeared to be some snow showers on the hills to the South, and it felt like the top of the glen had caught a couple of light showers overnight, it stayed dry through the day.Â 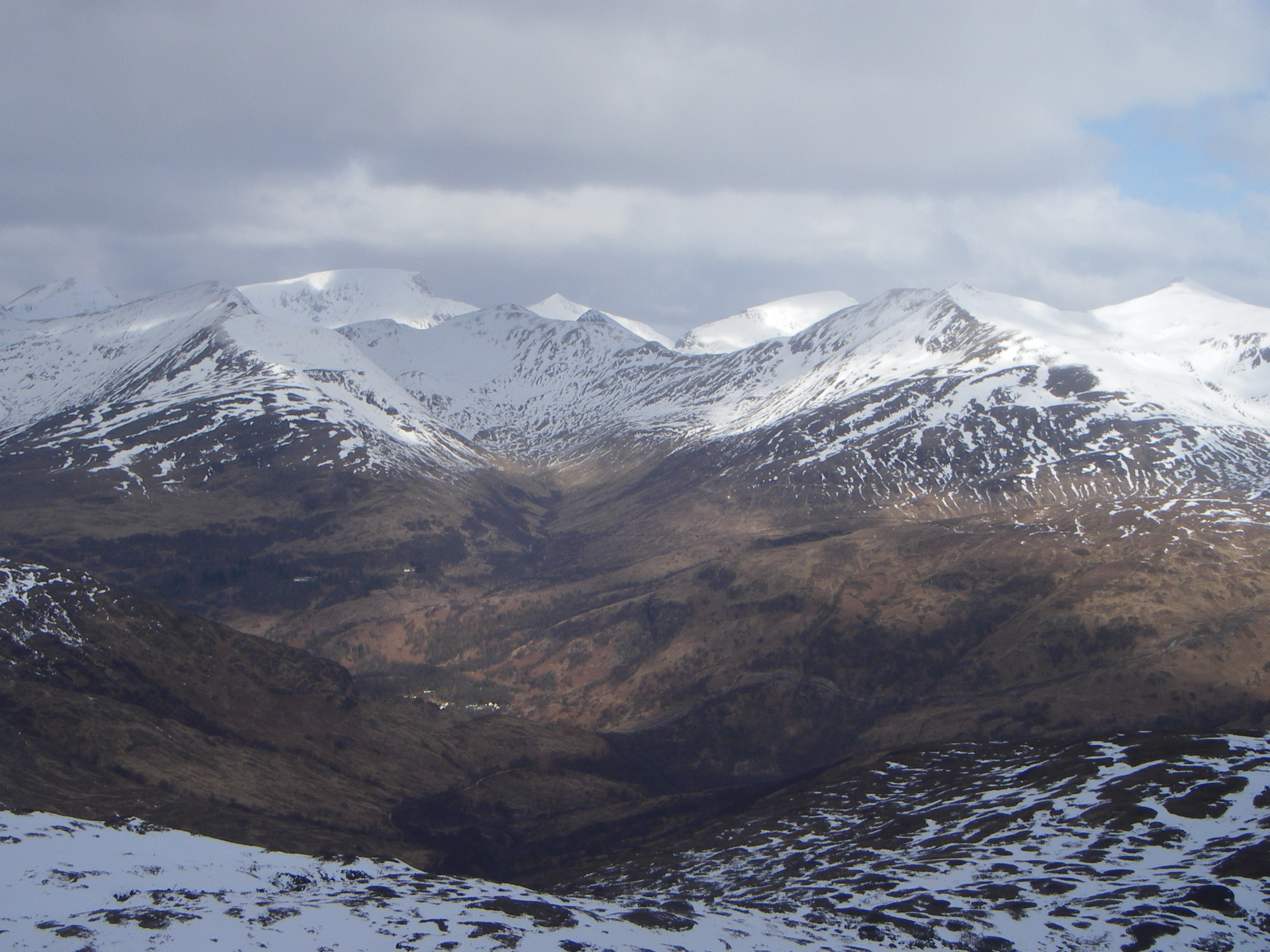 Looking North towards the Mamores and Ben Nevis beyond. 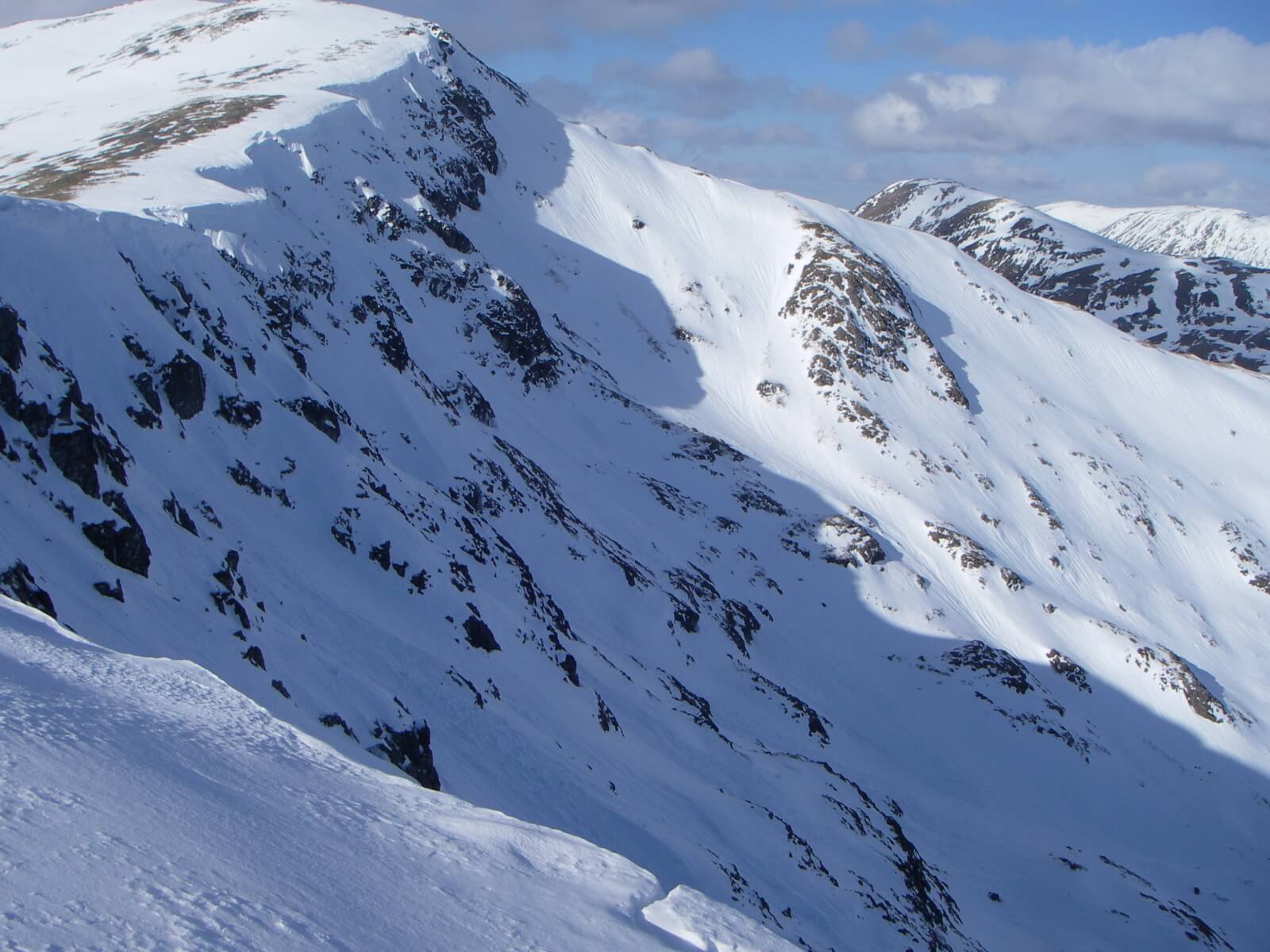 Coire Odhair Bhig catching a bit of sunshine. Some old cornice debris can be seen running down and out of sight behind the snow in the foreground. 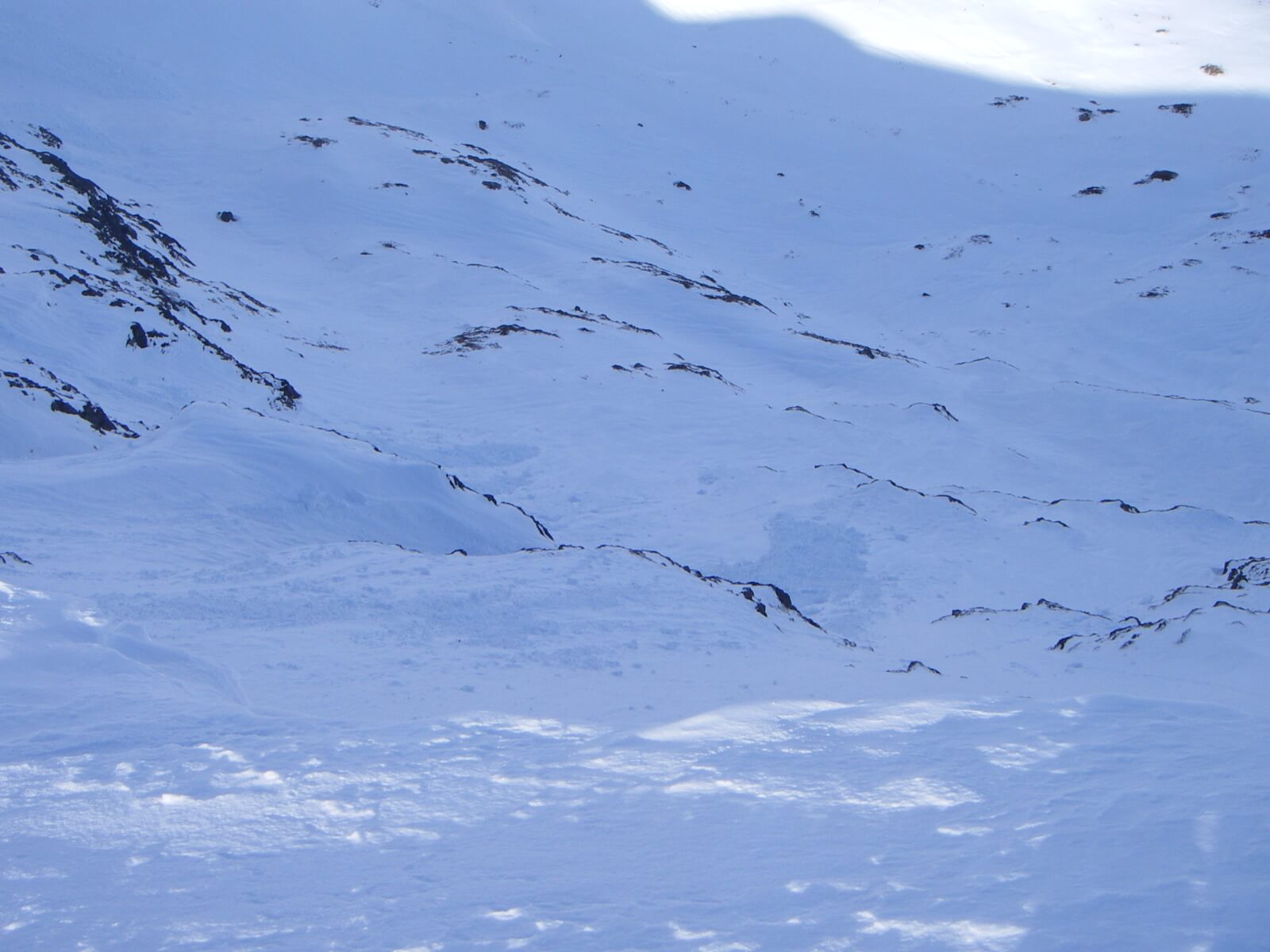 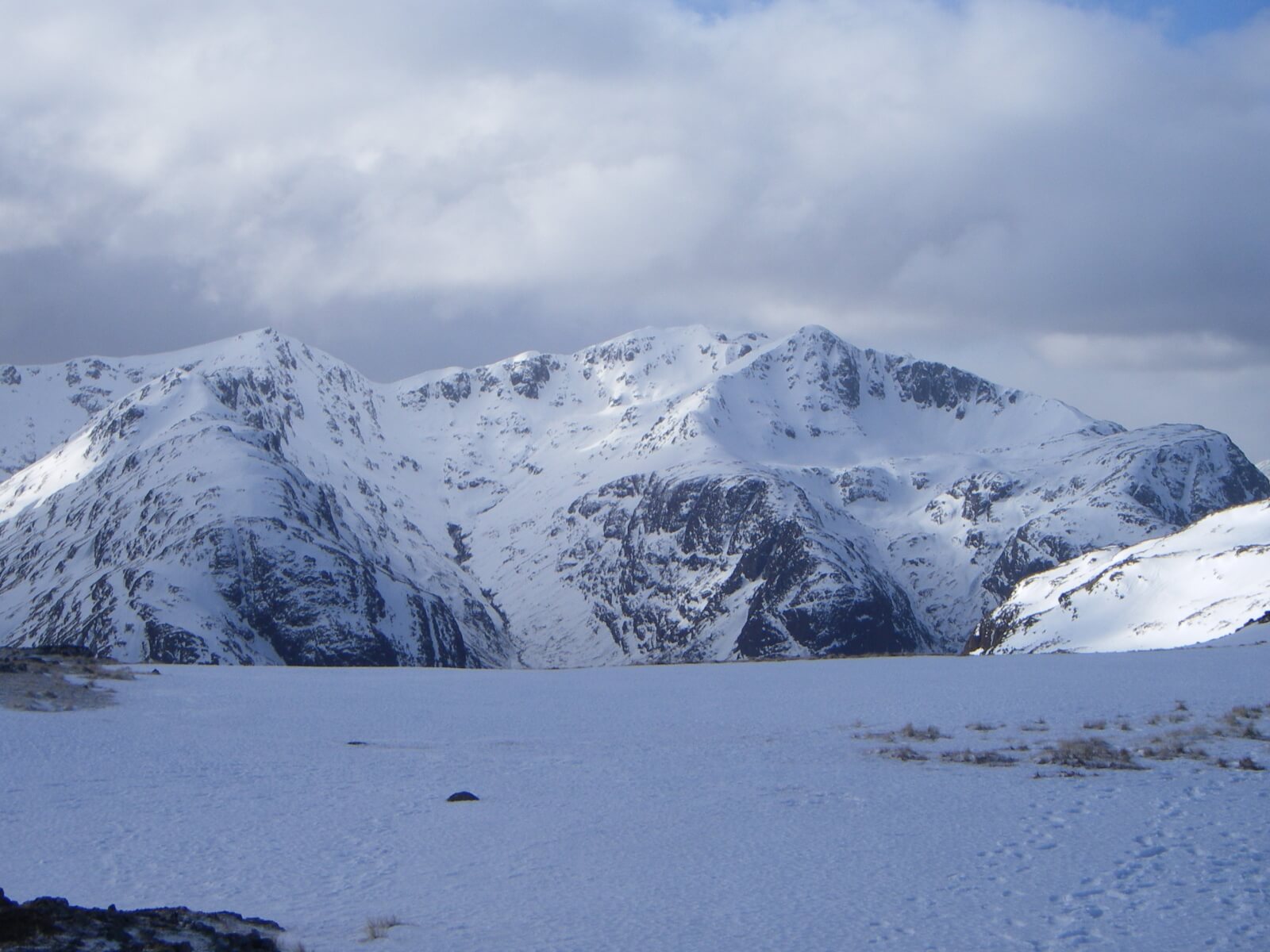 Looking across the Glen to Bidean nam Bian and Stob Coire Sgreamhach. This vantage point gives a very different perspective of these hills than is gained when driving through the glen.