It has continued to be cold, freezing at most levels along with cold winds from a North-Easterly direction. Light occasional snow showers fell during the day, these were not particularly extensive and did not reach any depth.Â The snowpack is still firm and very icy in many places with serious run-outs in the event of a slip or trip. Low mountain temperatures giving strong wind chill effect. New snow amounts light and dry. 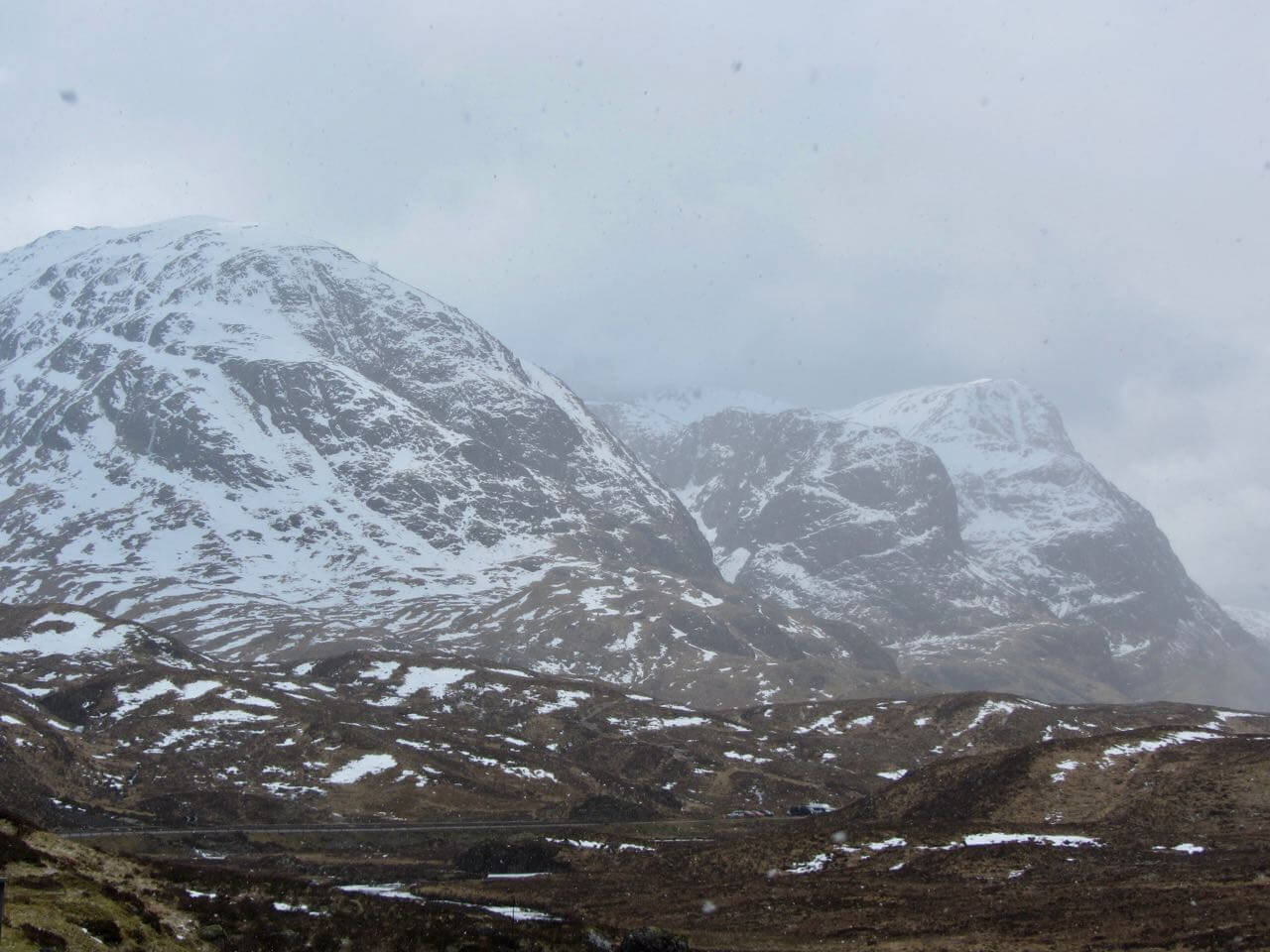 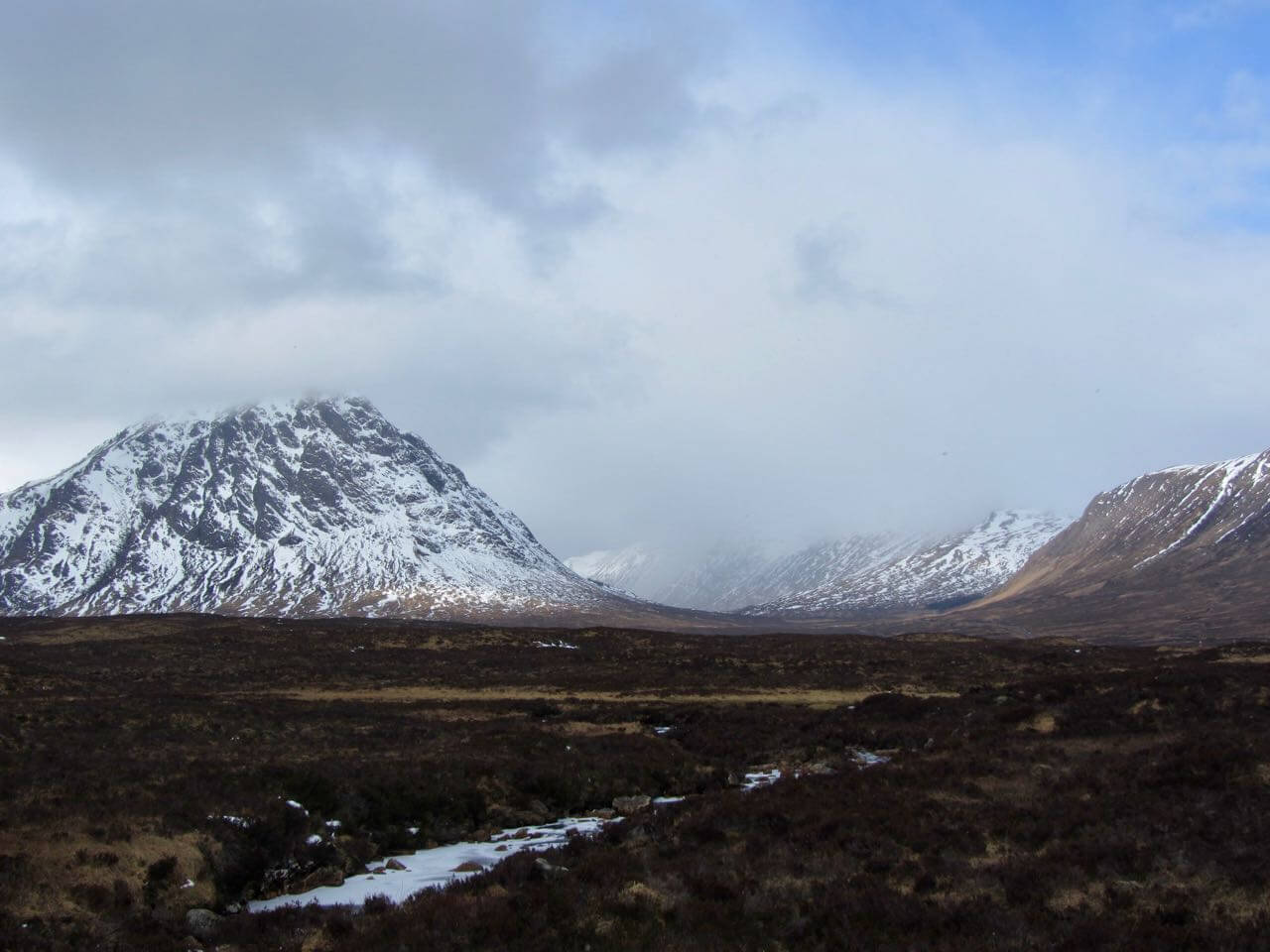 Another snow shower gives way to some sunshine. Buachaille Etive Mor seen on the left the shower passing over the Aonach Eagach ridge distant right. Note the frozen river 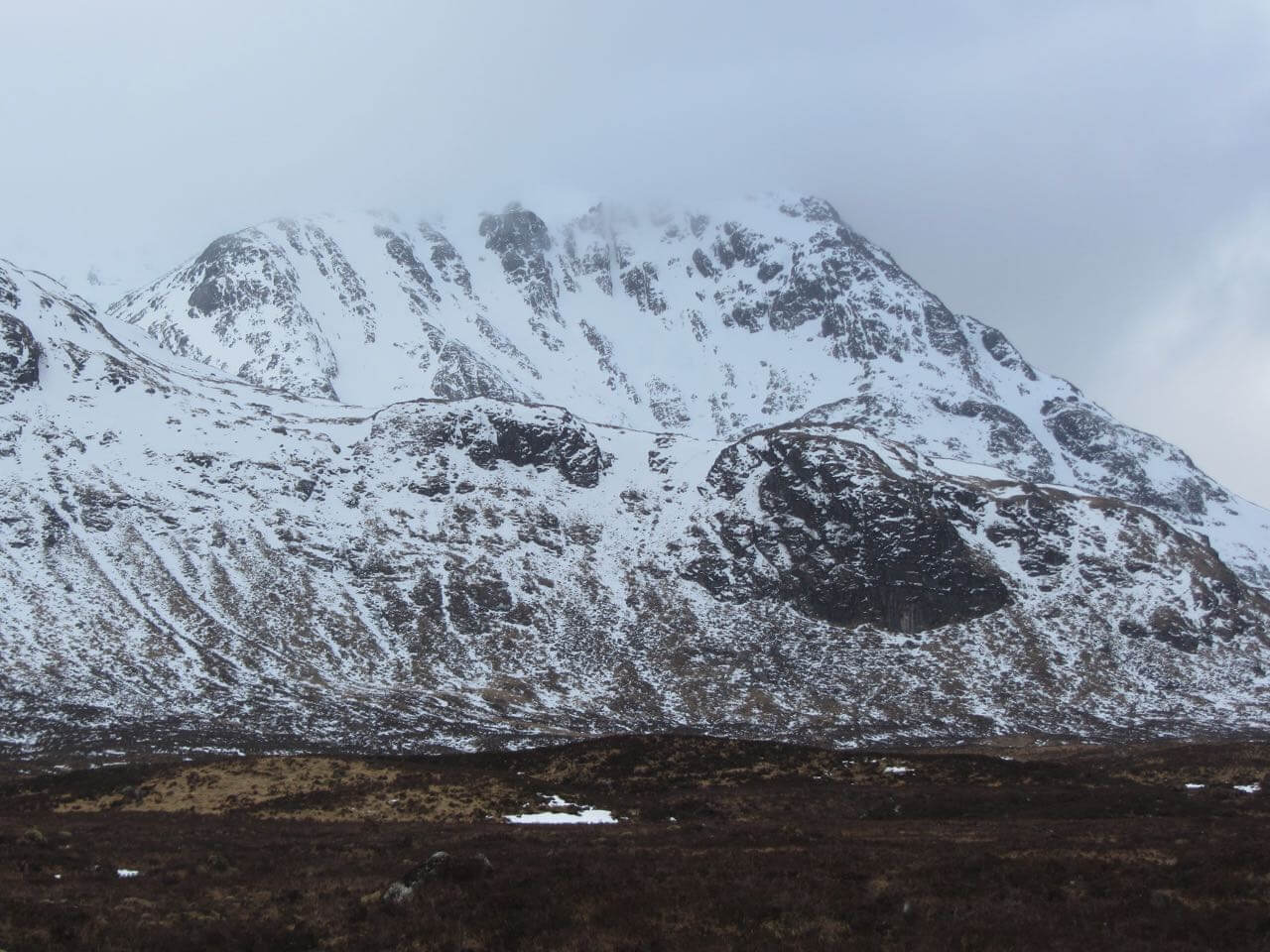 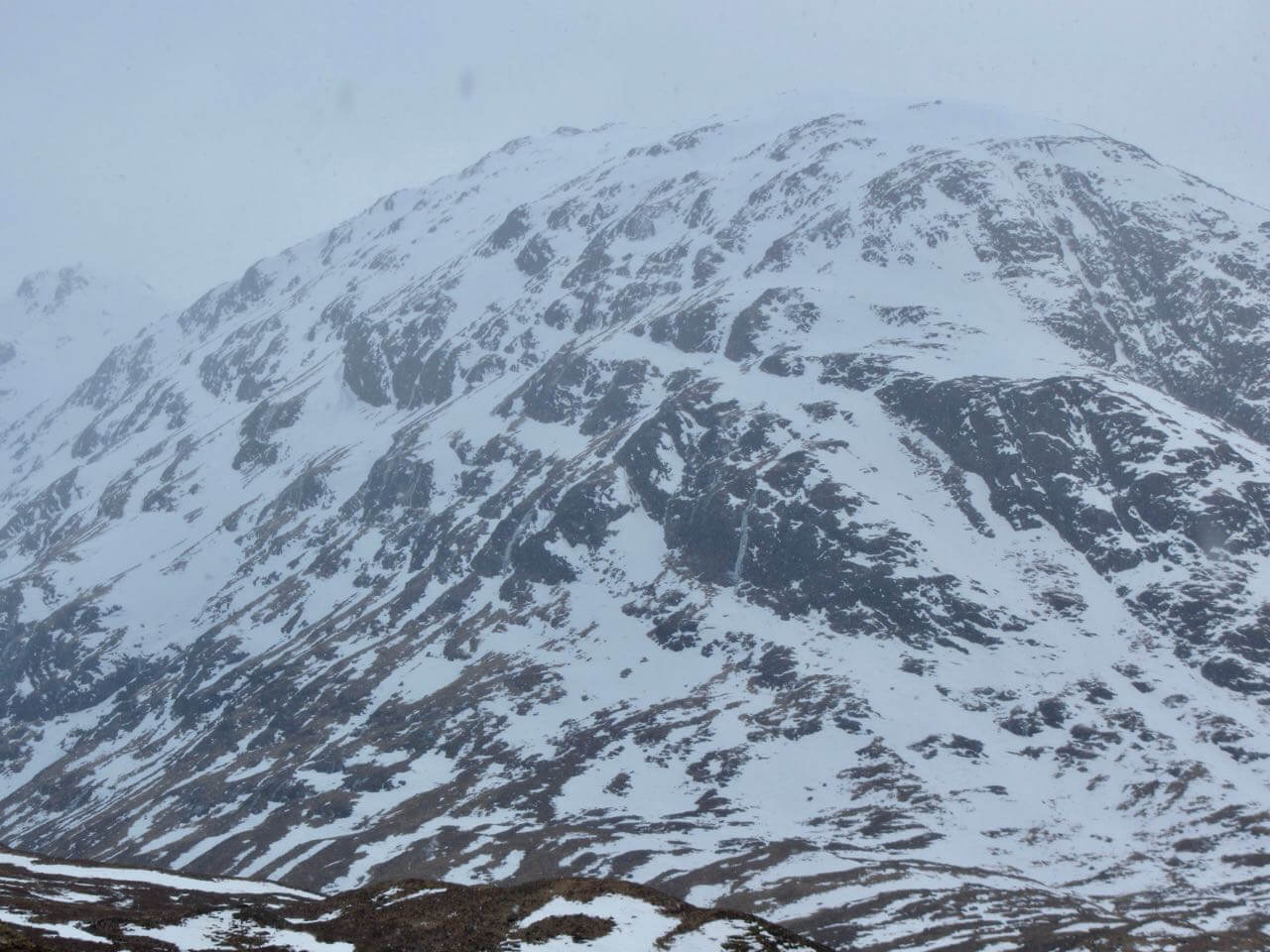 Beinn Fhada. The frozen waterfall, just about in the centre of the photo is the Bubble ice route 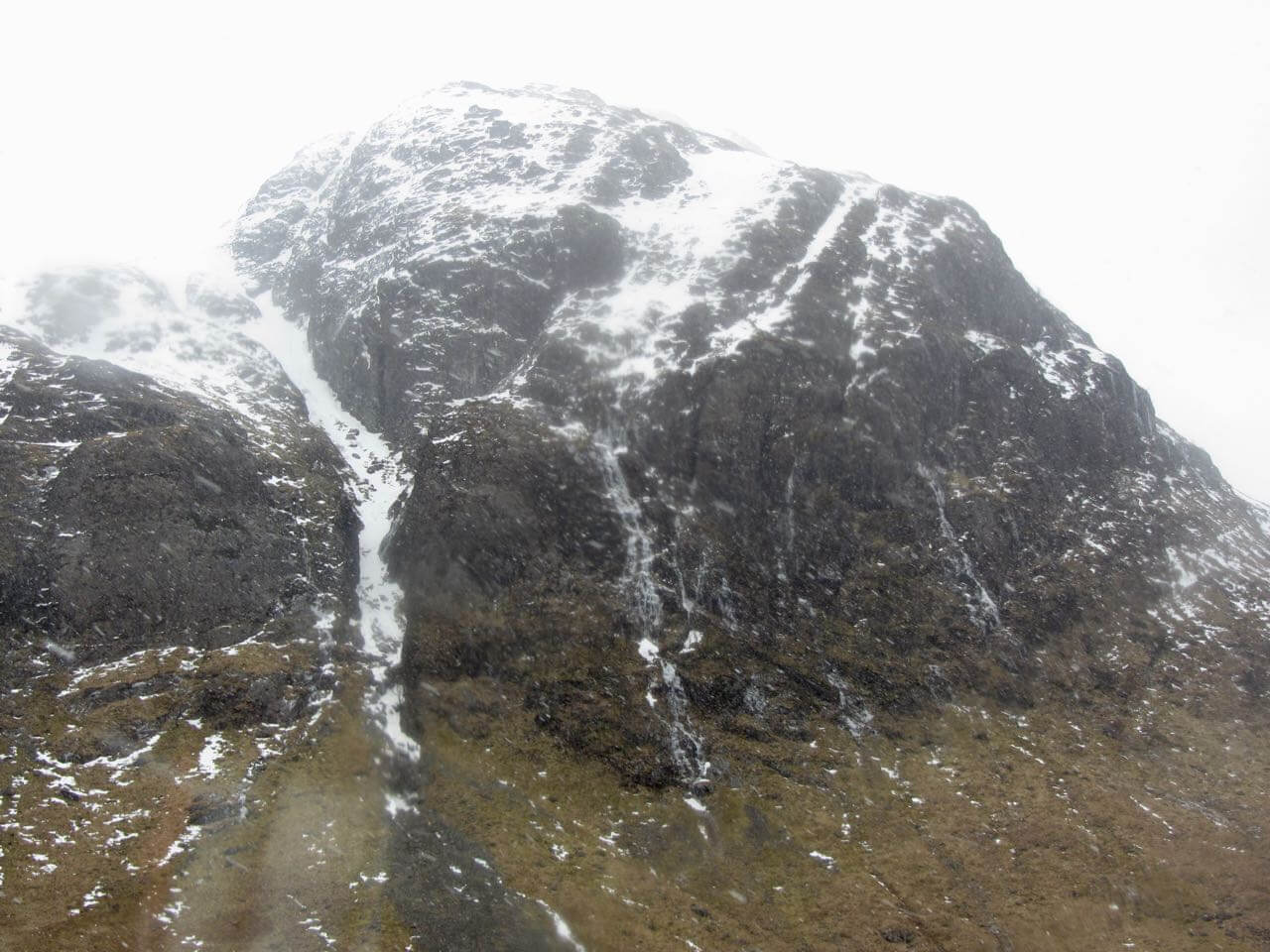