It was another lovely winter’s day in Glen Coe today. With the snowpack freezing overnight and generally stable, I decided to go somewhere a bit different, the Lost Valley. Being deep and shady the snowpack remained hard and icy, there was no softening where I was. However, it was good to get a closer look at a few avalanches that had occurred in this area in the past few days. 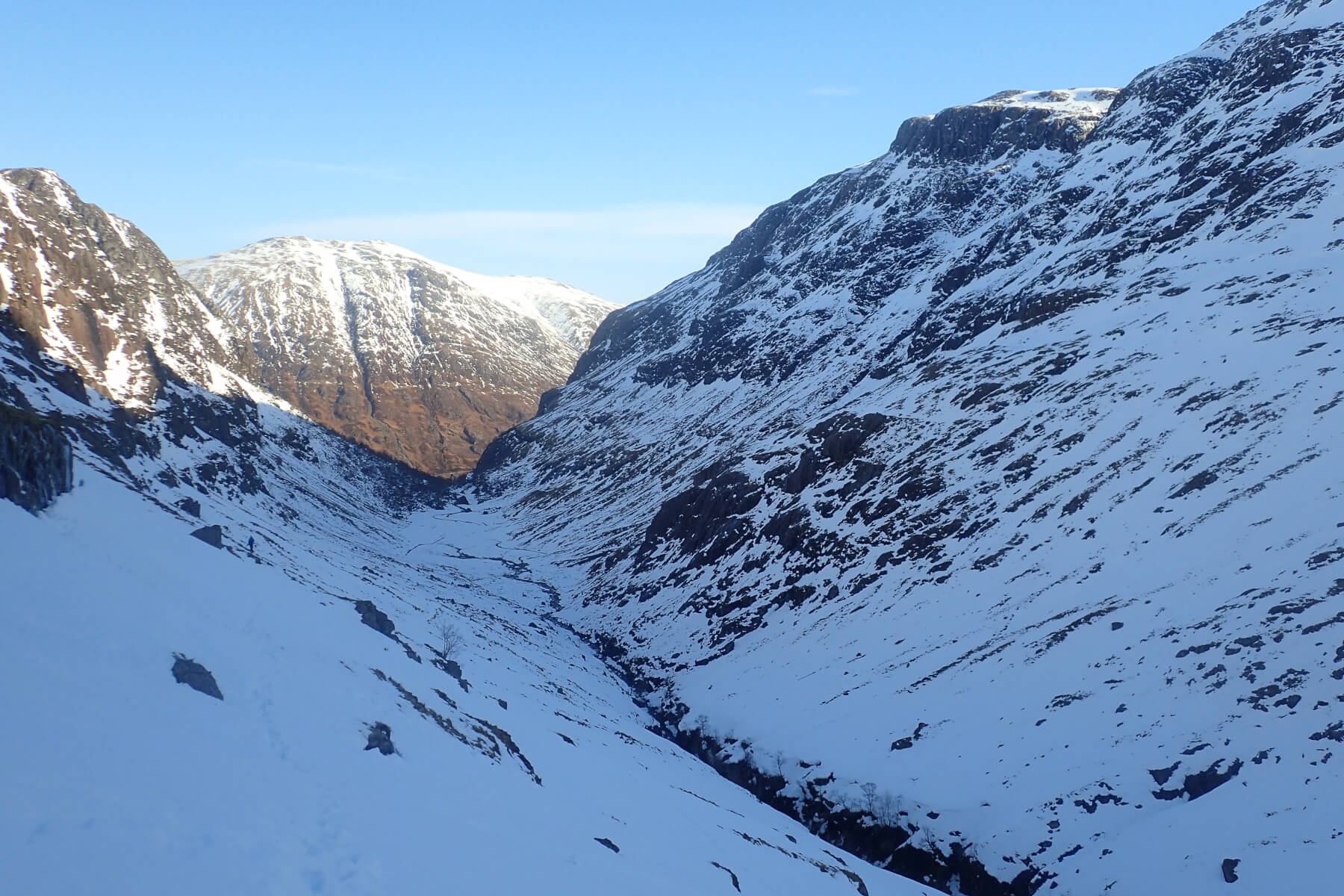 Looking back down the Lost Valley 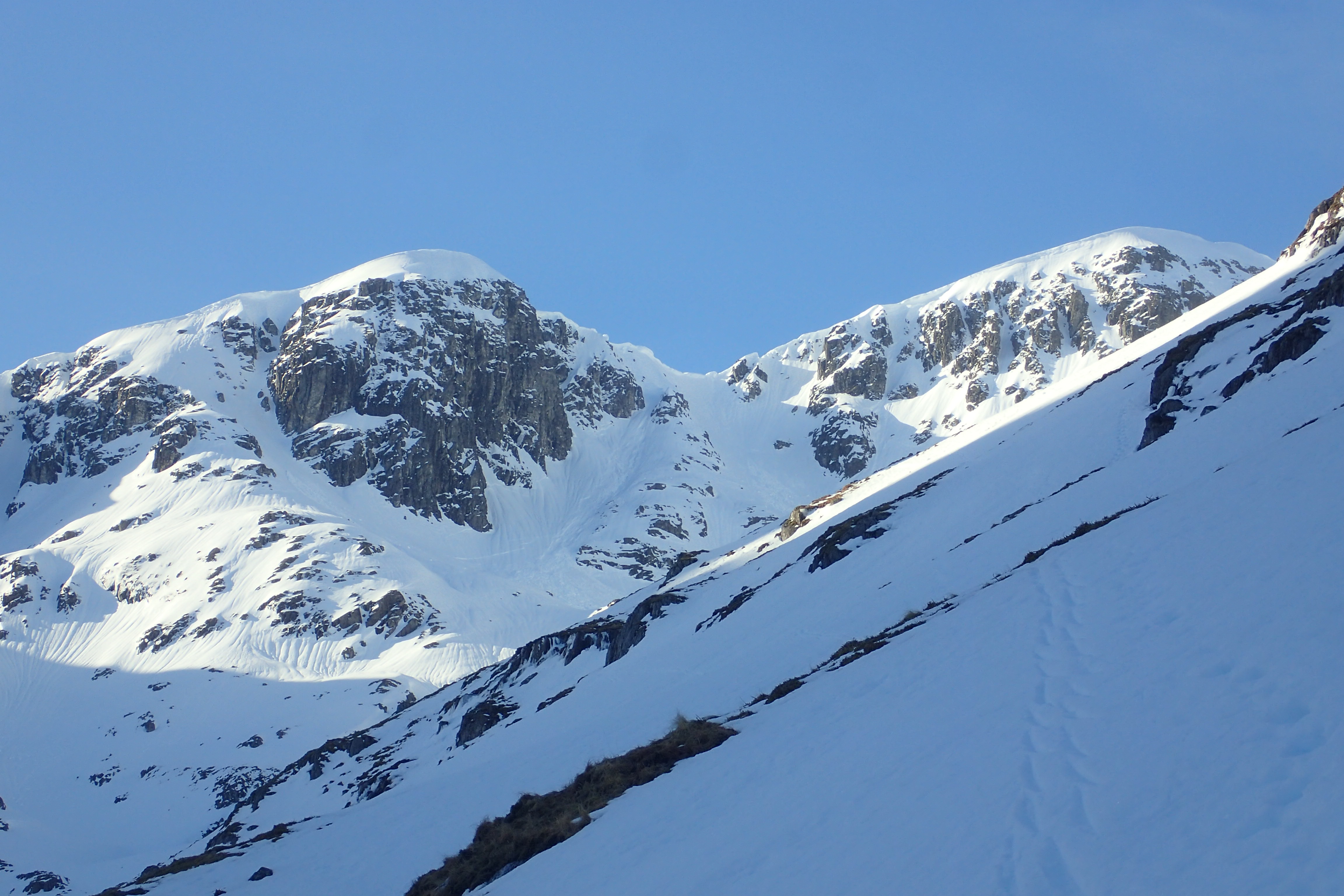 Lost Valley Buttress looking alpine today. There were even some ski touring tracks (not from today) heading up that way.Â 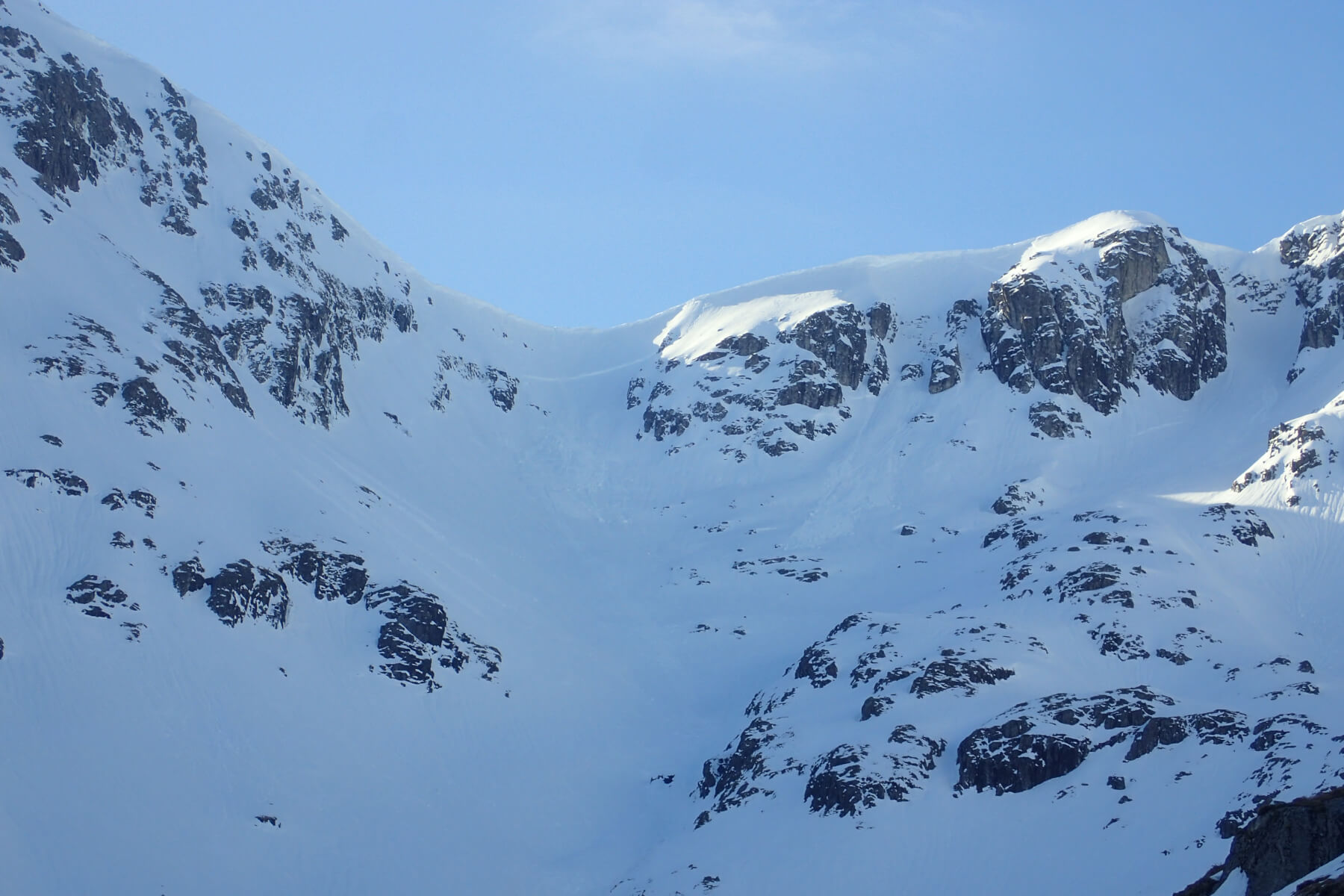 The col at the head of the Lost Valley. Notice the crown wall just below the col, and the debris below the next gully to the right. They most likely came down during the thaw on Sunday night/Monday.Â 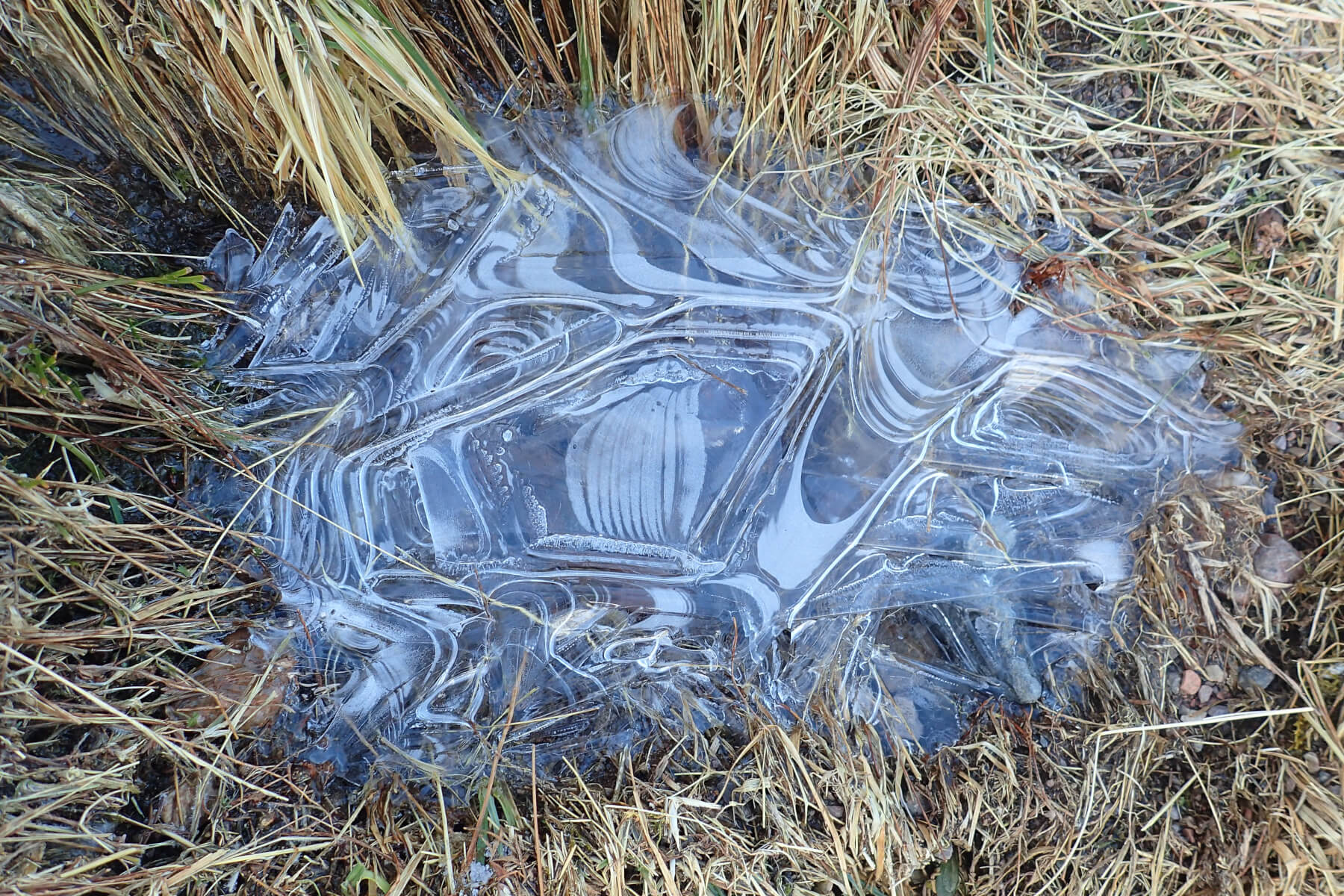 Nice patterns in the ice on a dried up puddle. 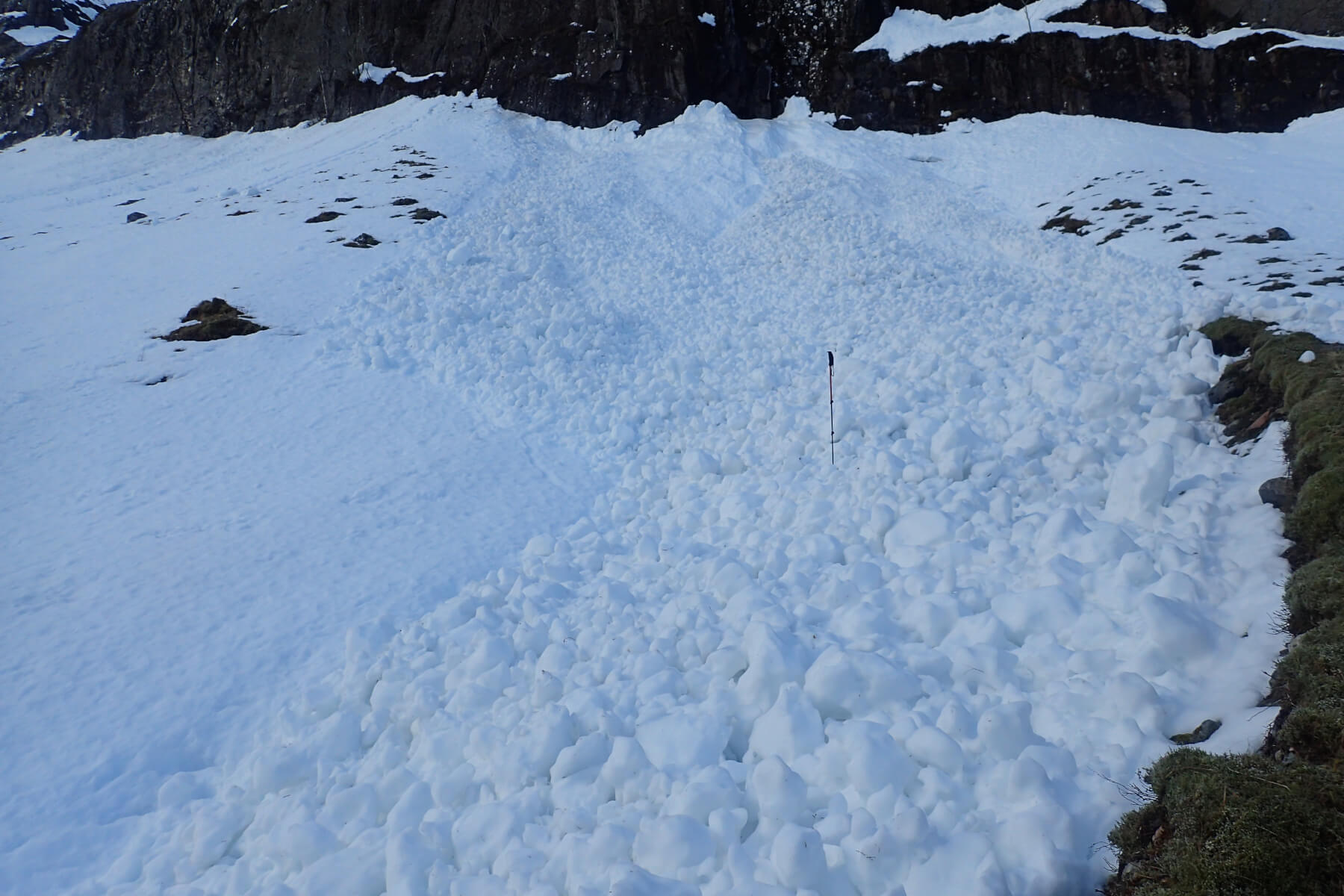 Avalanche debris below the South East face of Gearr Aonach.Â 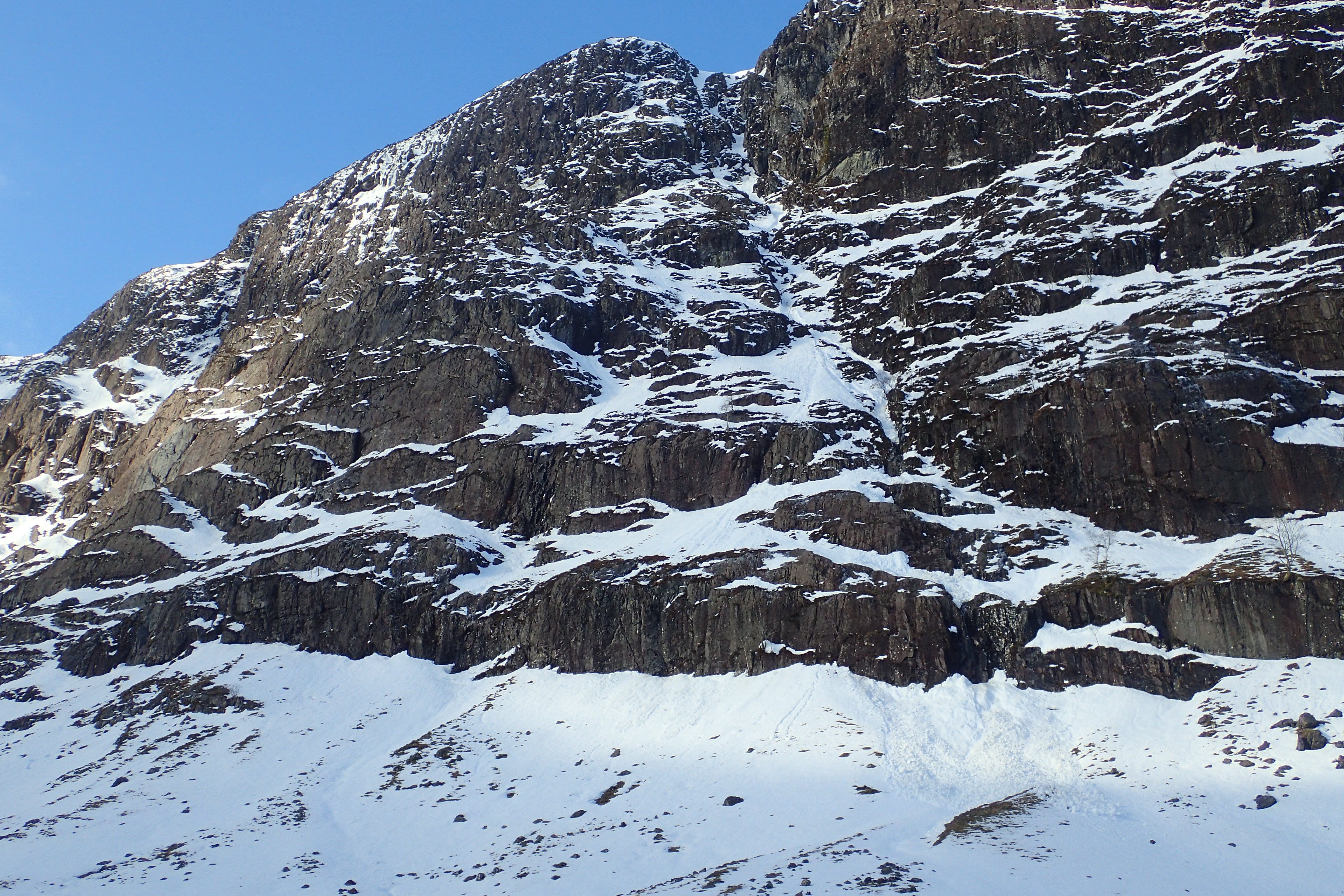 The South East face of Gearr Aonach. The avalanche debris which is shown in the previous picture is seen below the lowest band of crags towards the right of the shot. It likely released at the top of the gully and ran down over the crags and drops. This is one of the hazards of Glen Coe, the large amount of steep craggy terrain. Even a minor avalanche is likely to have very serious consequences if caught in terrain like this.Â