Overnight, snow showers fell to sea level. West-North-Westerly winds were fresh to strong above 800 metres. It was a dry bright morning followed by further snow showers often heavy at times in the afternoon. The freezing level was around 300 metres. This has led to the formation ofÂ new areas of windslab, mainly on East to South-East aspects above 800 metres. These deposits are unstable, field tests showed Touchy to Reactive shears on similar aspects, particularly where they overlay a melt freeze crust. North and North-East also aspects maintain older deposits of windslab. Cornices are soft and unstable. Exposed and windward aspects are firmer and often icy. The avalanche hazard is Considerable. 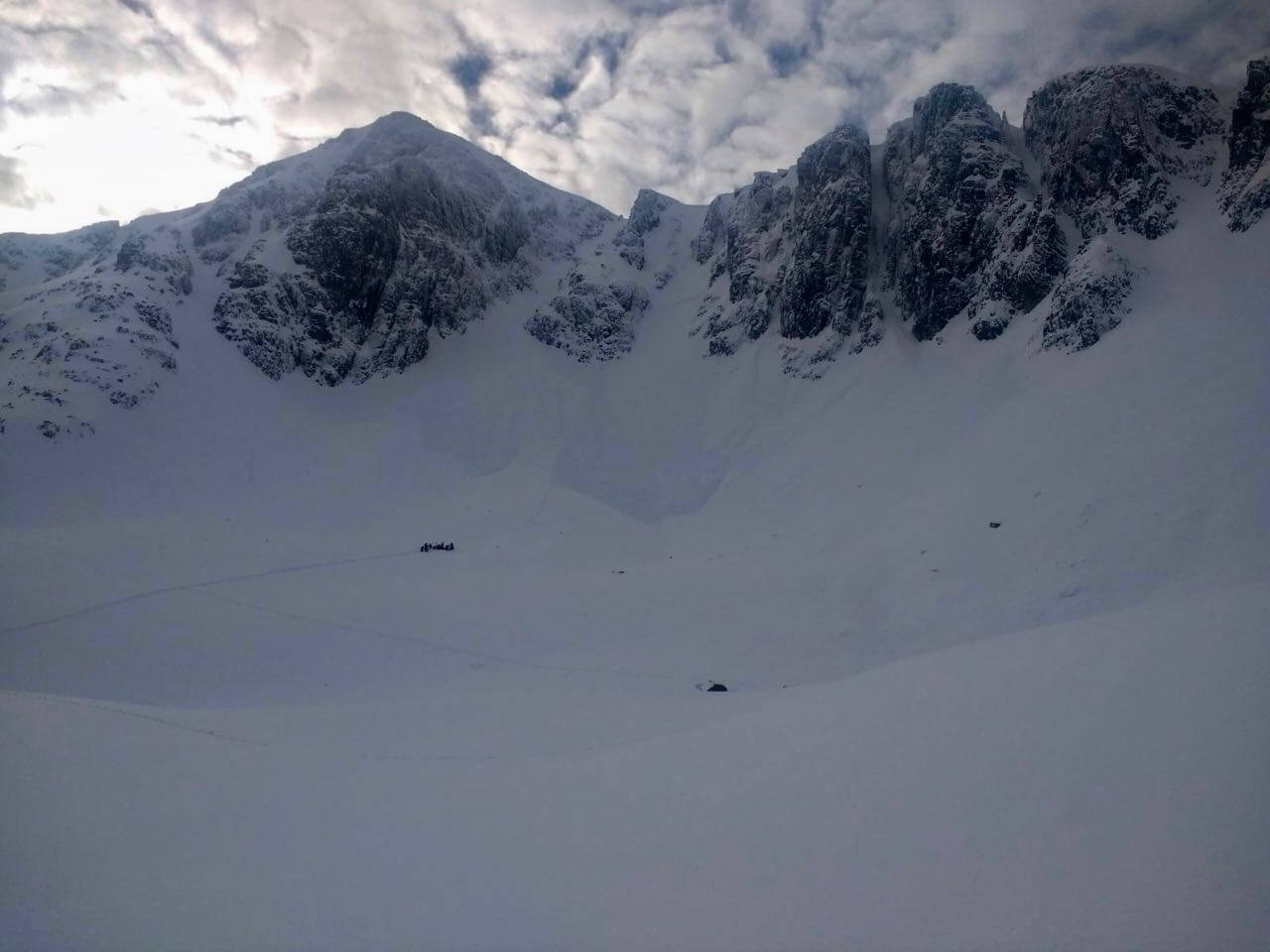 This photo was sent in by a climber who was in Stob Coire nan Lochan yesterday. It shows avalanche debris that most probably occurred earlier that morning mainly on a North-Easterly aspect. 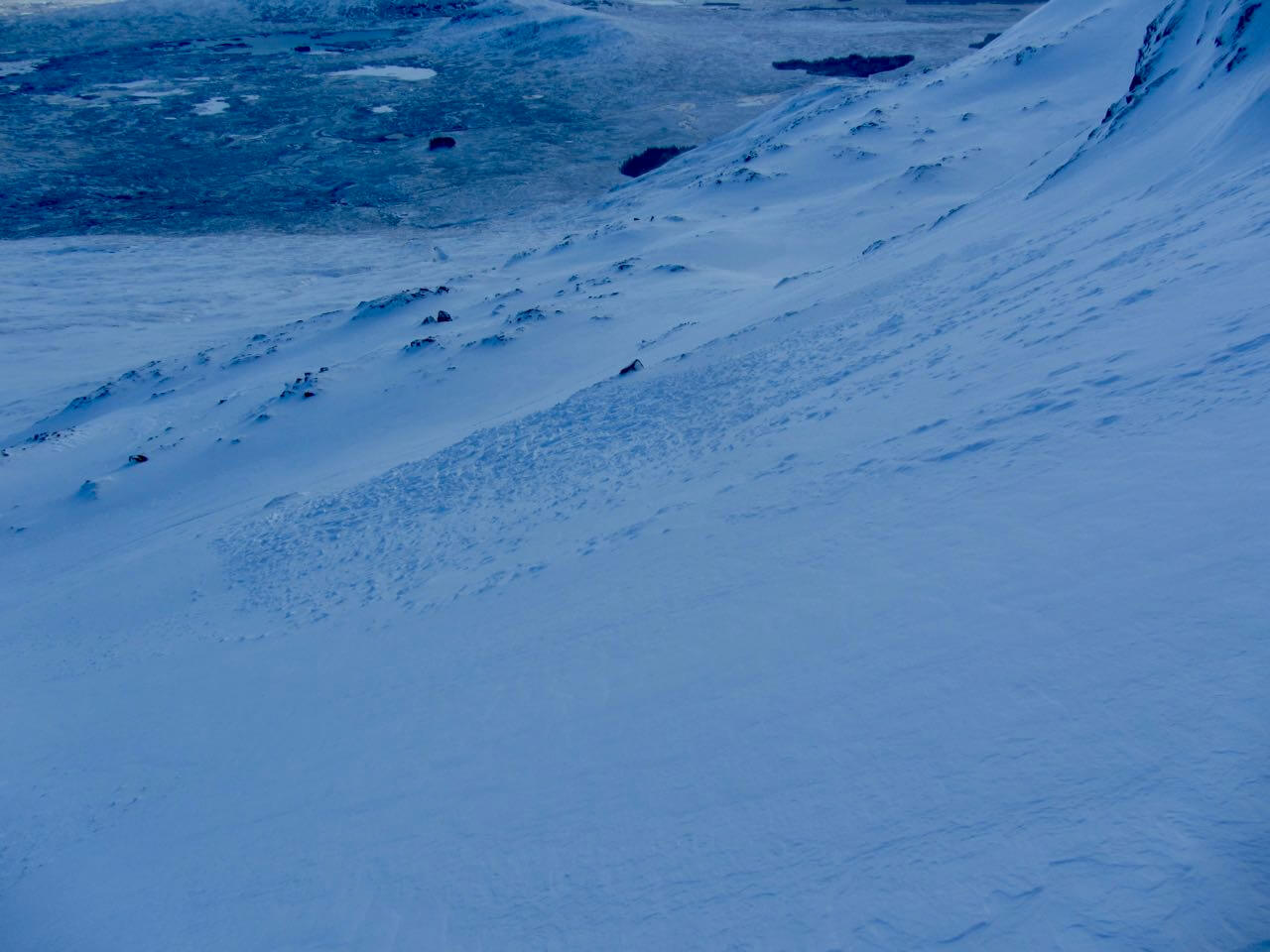 More evidence of Avalanche activity from yesterday on an Easterly aspect. Photo taken today so the debris is slightly covered in new snow. 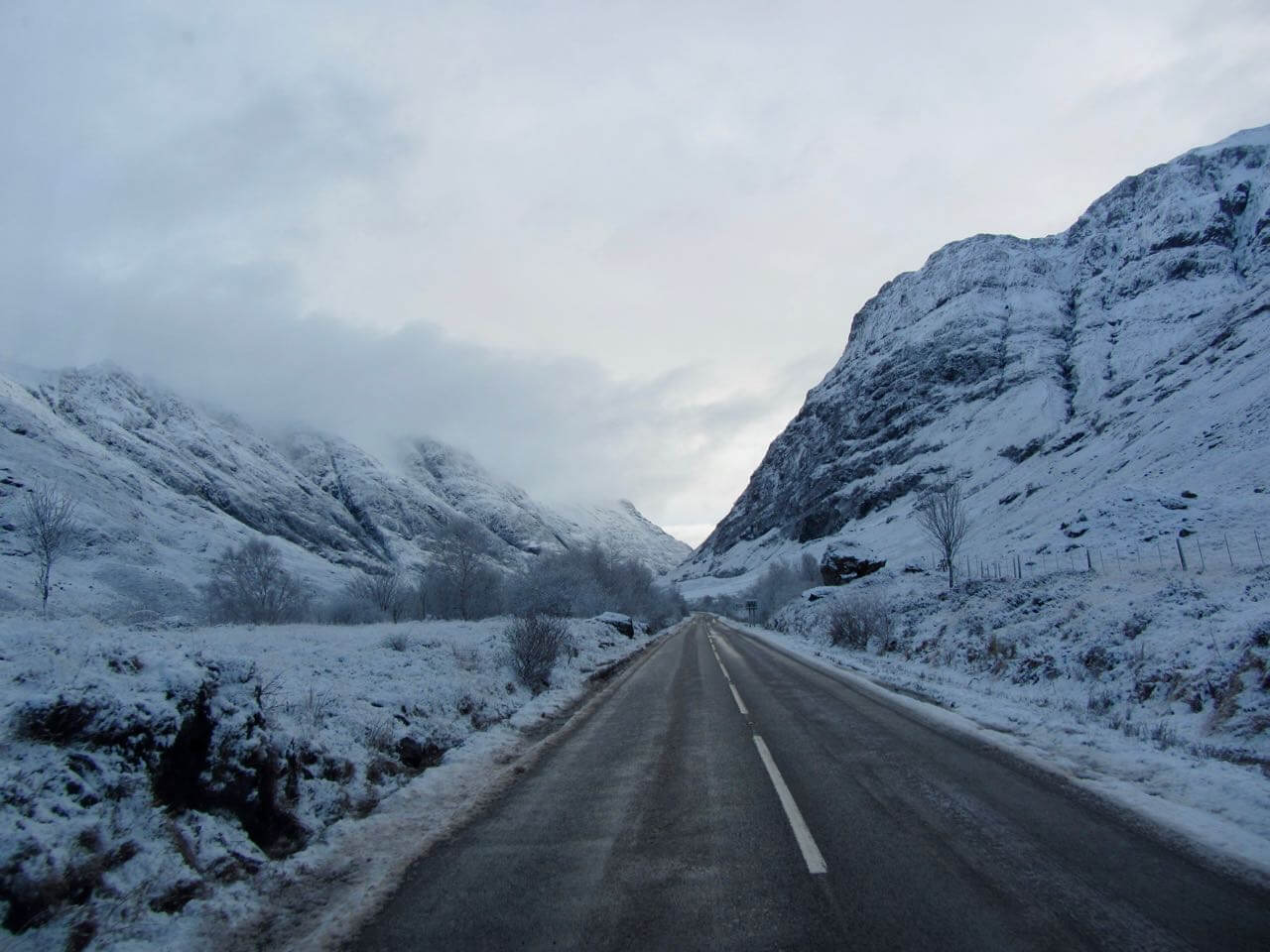 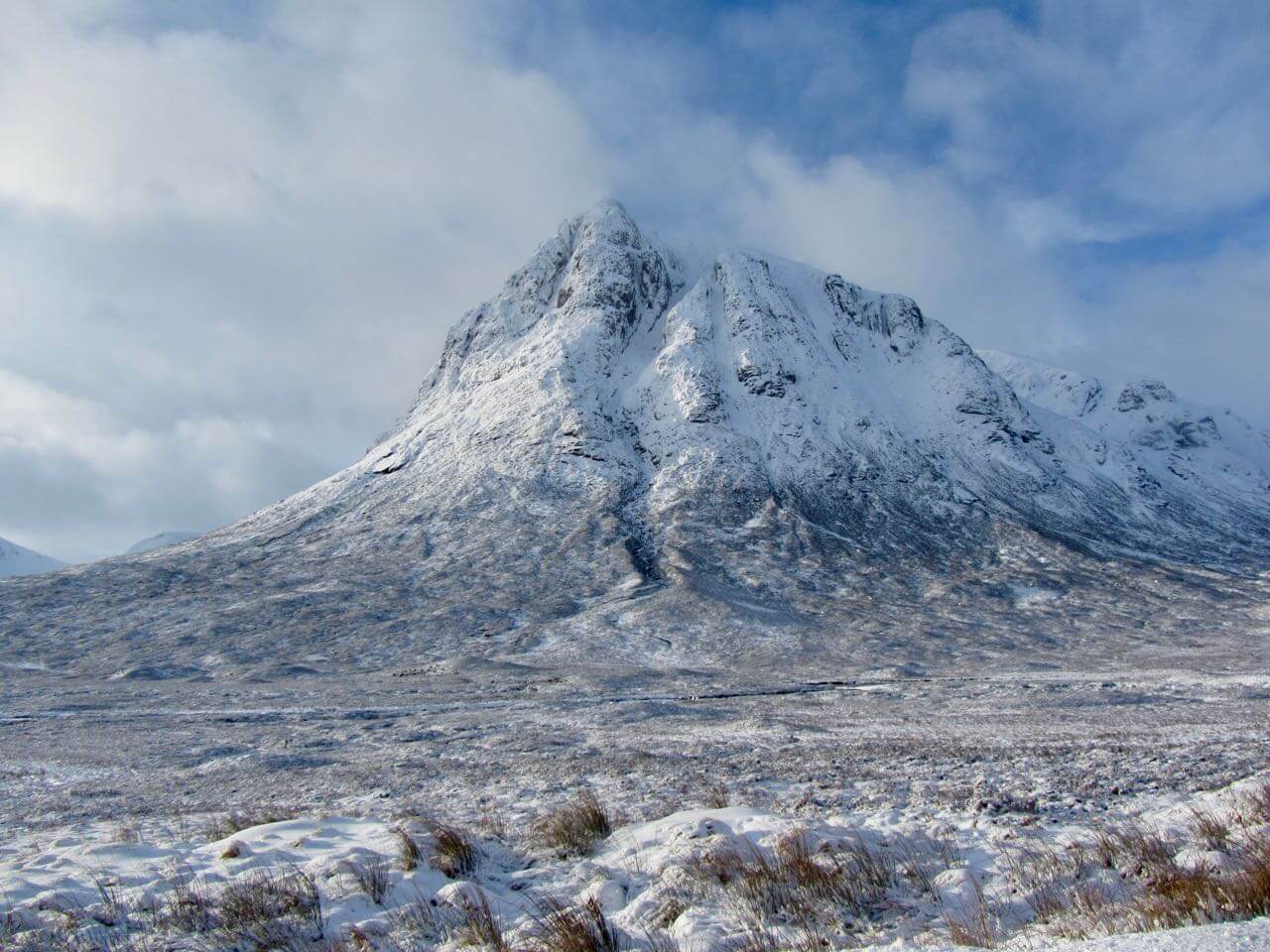 Buachaille Etive Mor from the road this morning 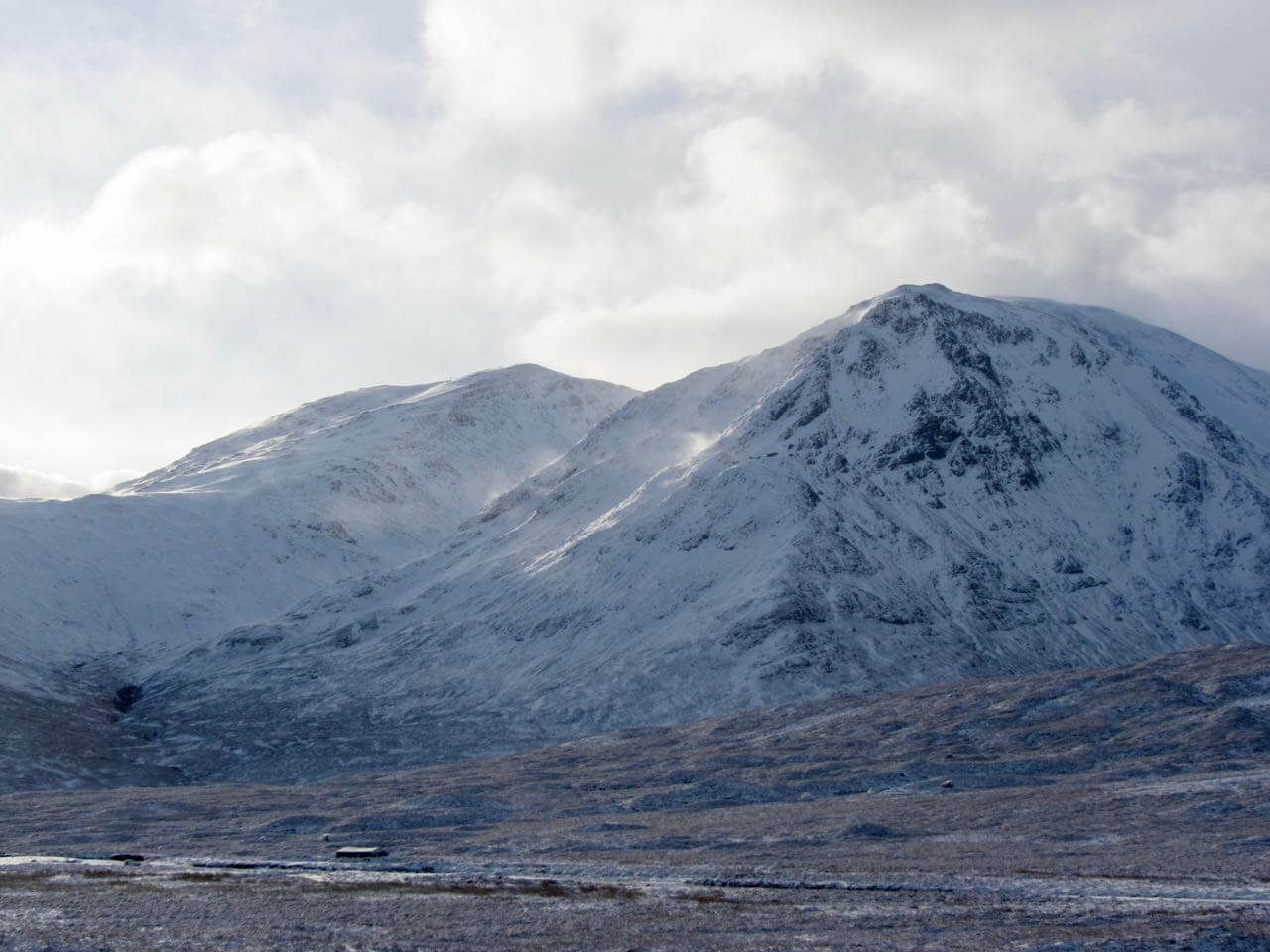 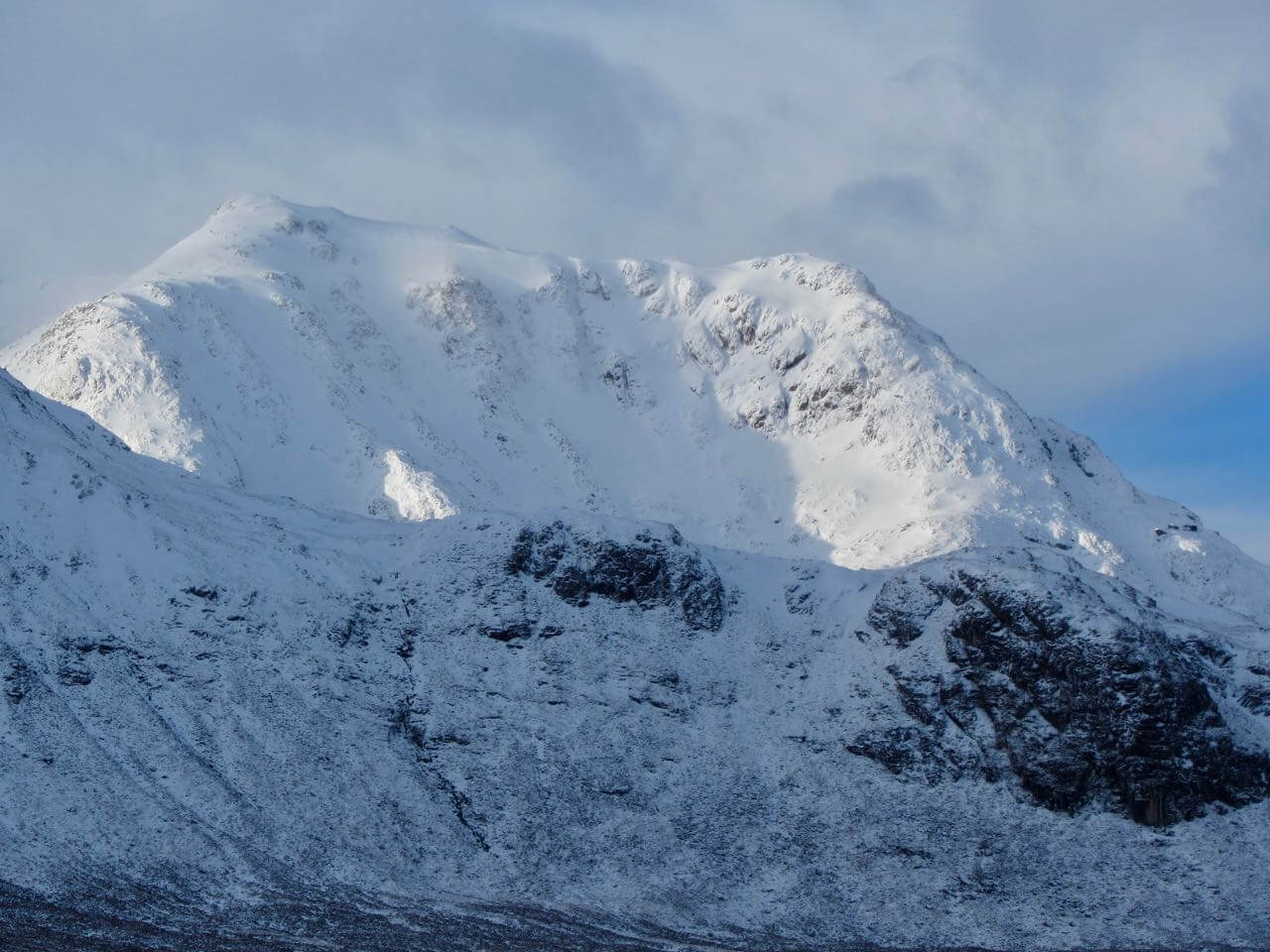 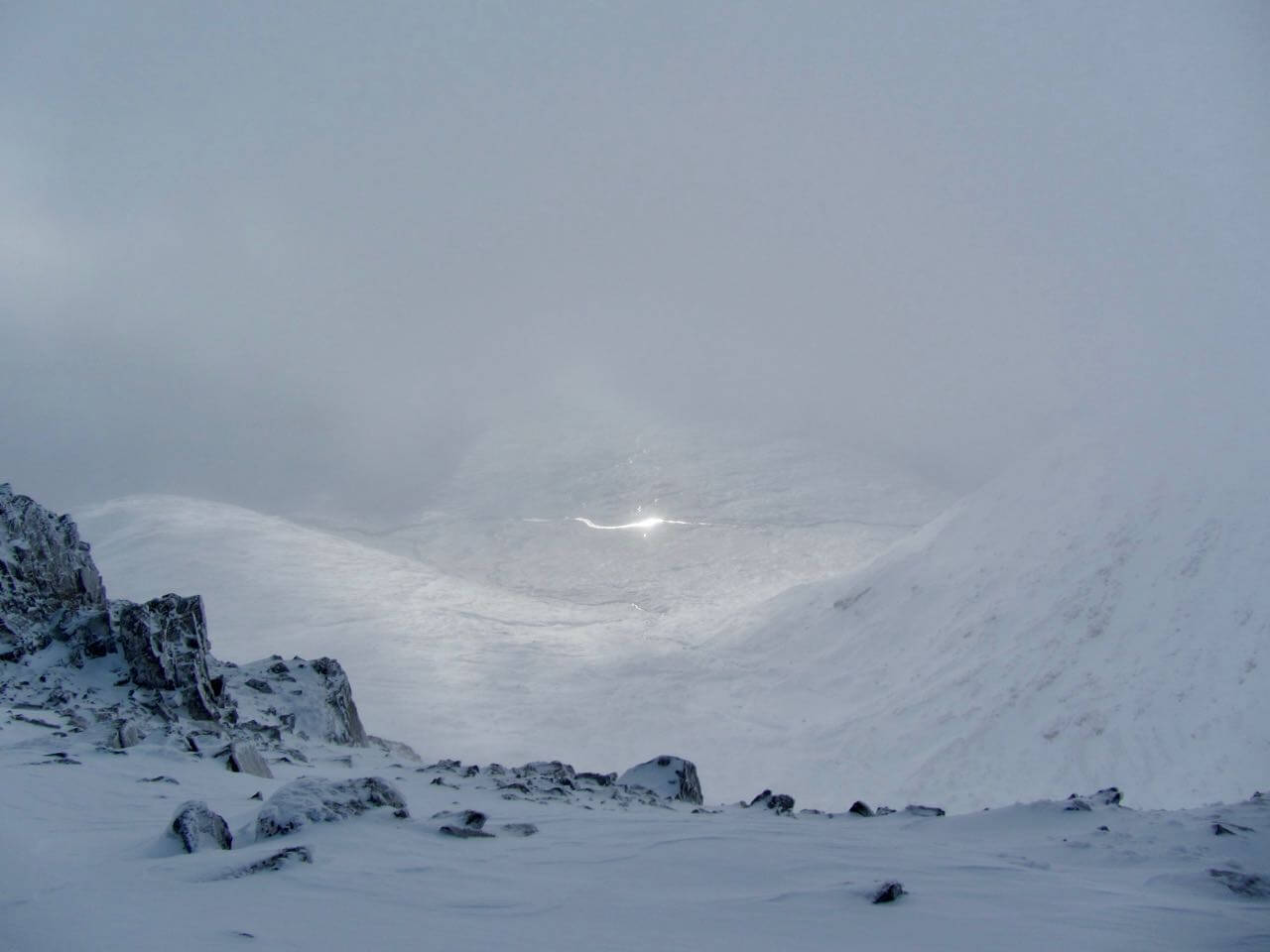 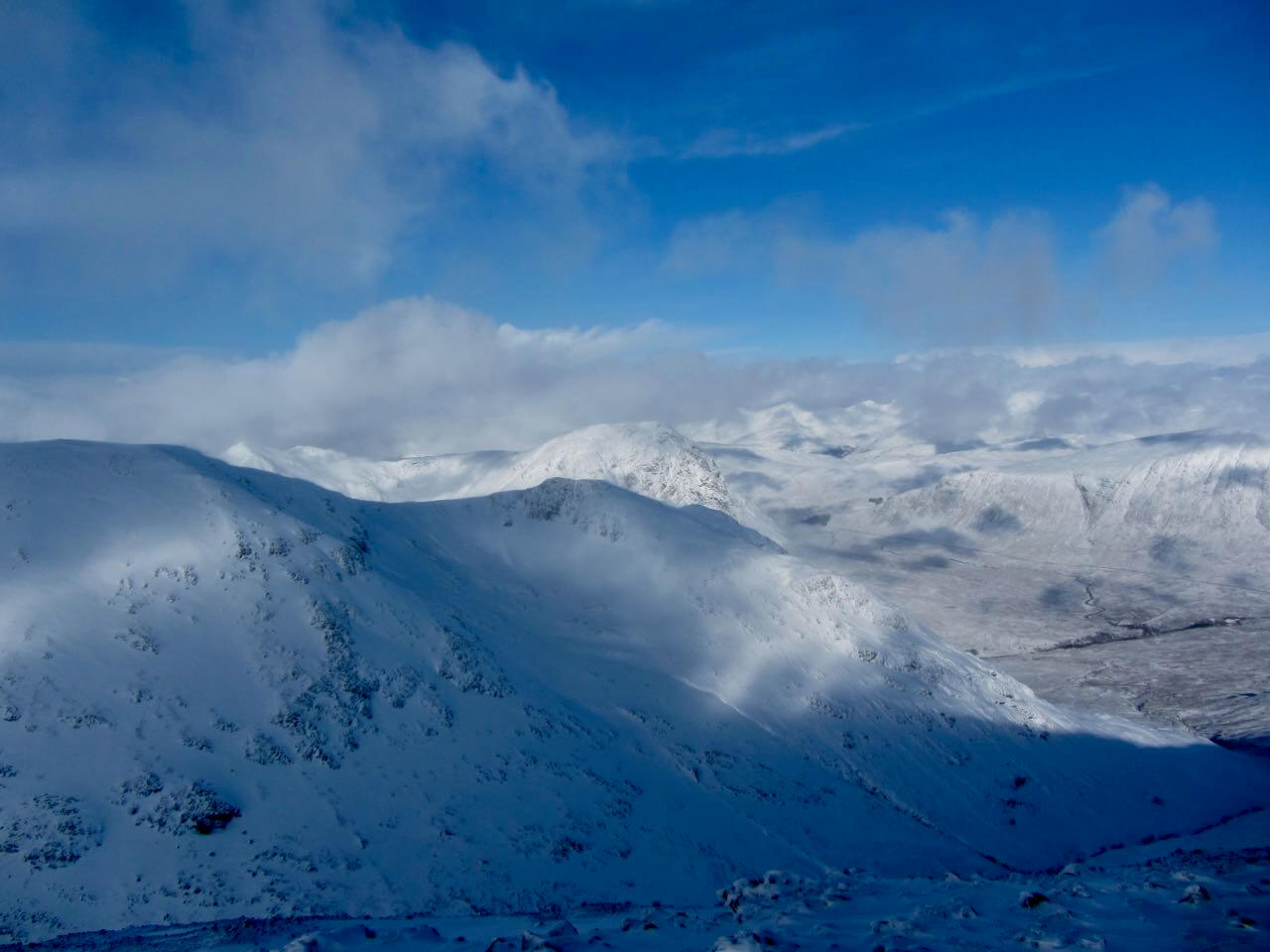 Looking North-West towards the Mamores, with Sron na Creise in the foreground then Buachaille Etive Mor 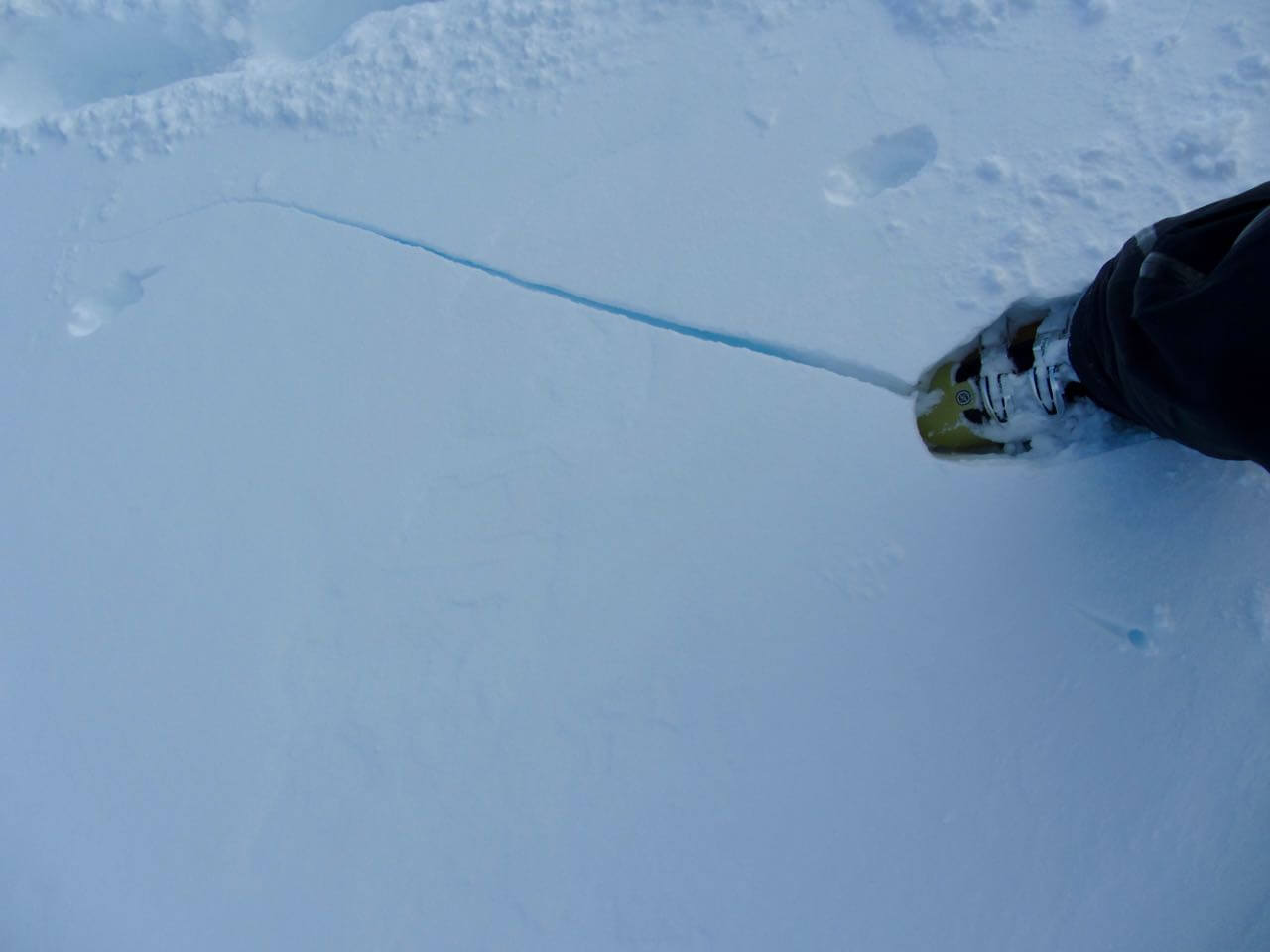 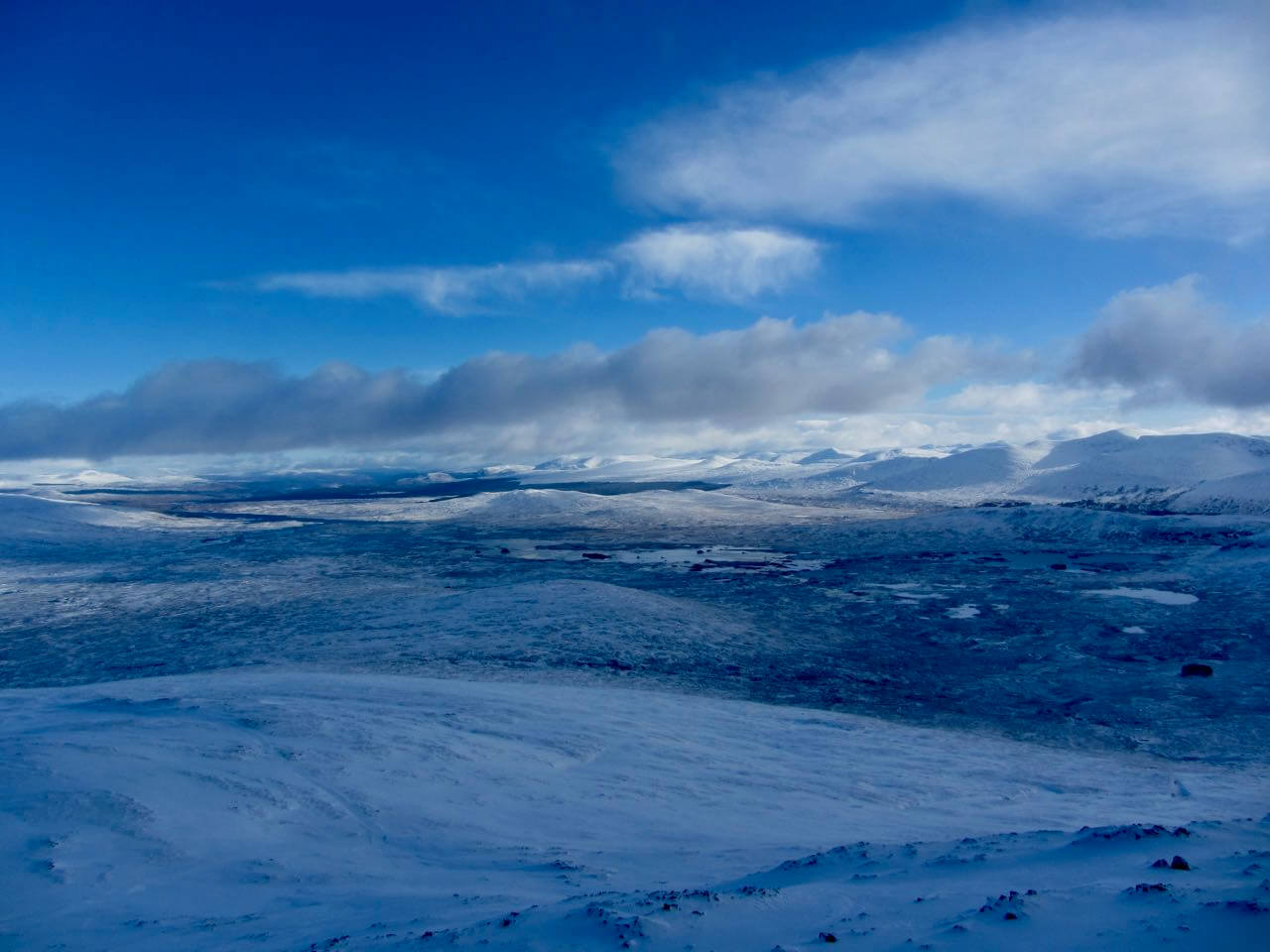 Looking across the Rannoch Mor towards the Perthshire hills