Tracks in the Snow.

It was another poor visibility day at high levels today. Despite slightly milder temperatures than last week (the freezing level was around 600m today), it is still felling very wintery in Glen Coe. The soft fresh snow is very slowly consolidating the relatively settled condition.

I decided it was worth taking the skis today, and was able to put them on after about a ten minute walk from the road. However, I discovered that although I was the first skier, various creatures had been up early to get the fresh tracks…. 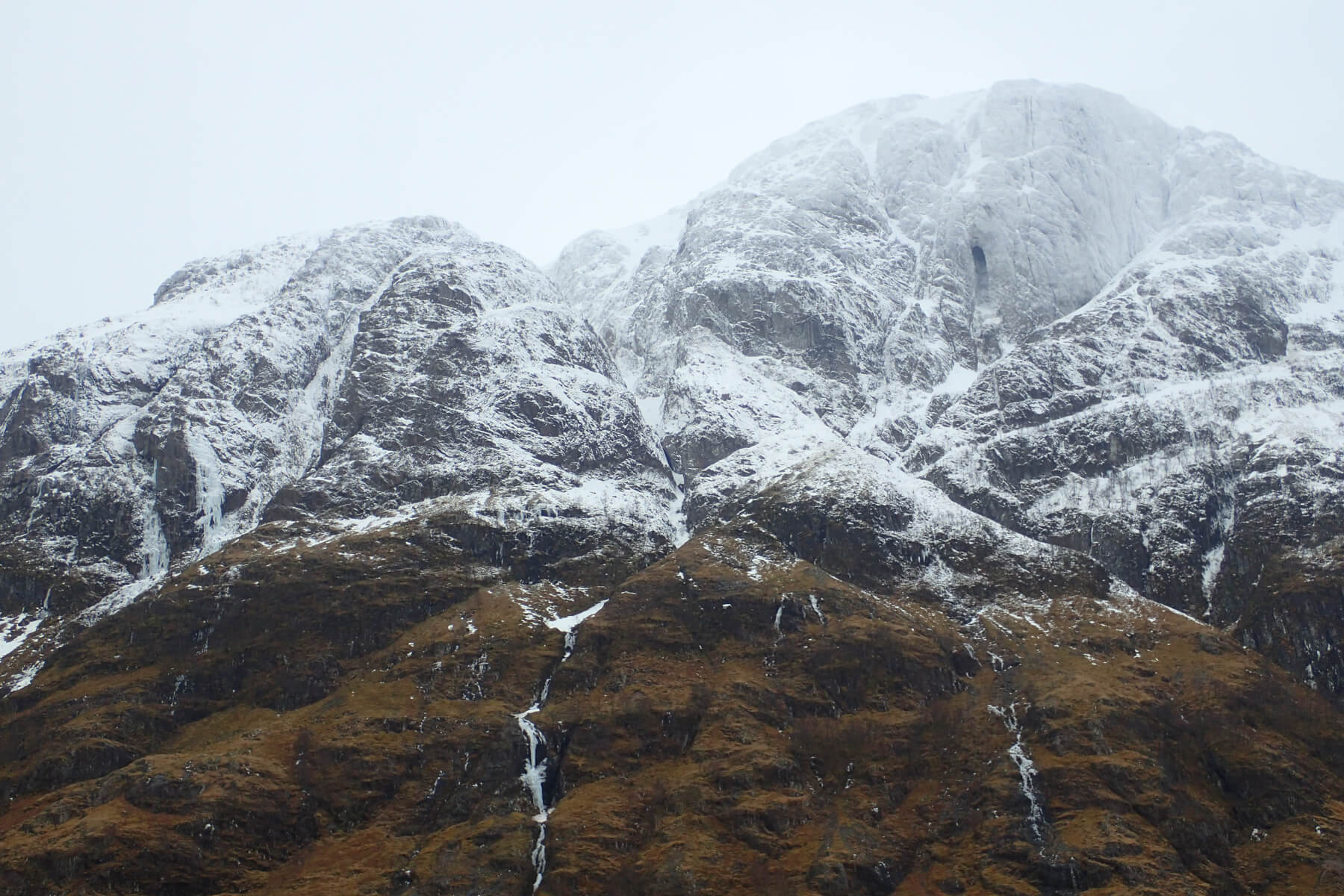 The North East Face of Aoanch Dubh. I don’t think I have seen the crags around Ossian’s cave look so white. This would have been due to a combination of the low clouds and Easterly winds of the past few days. 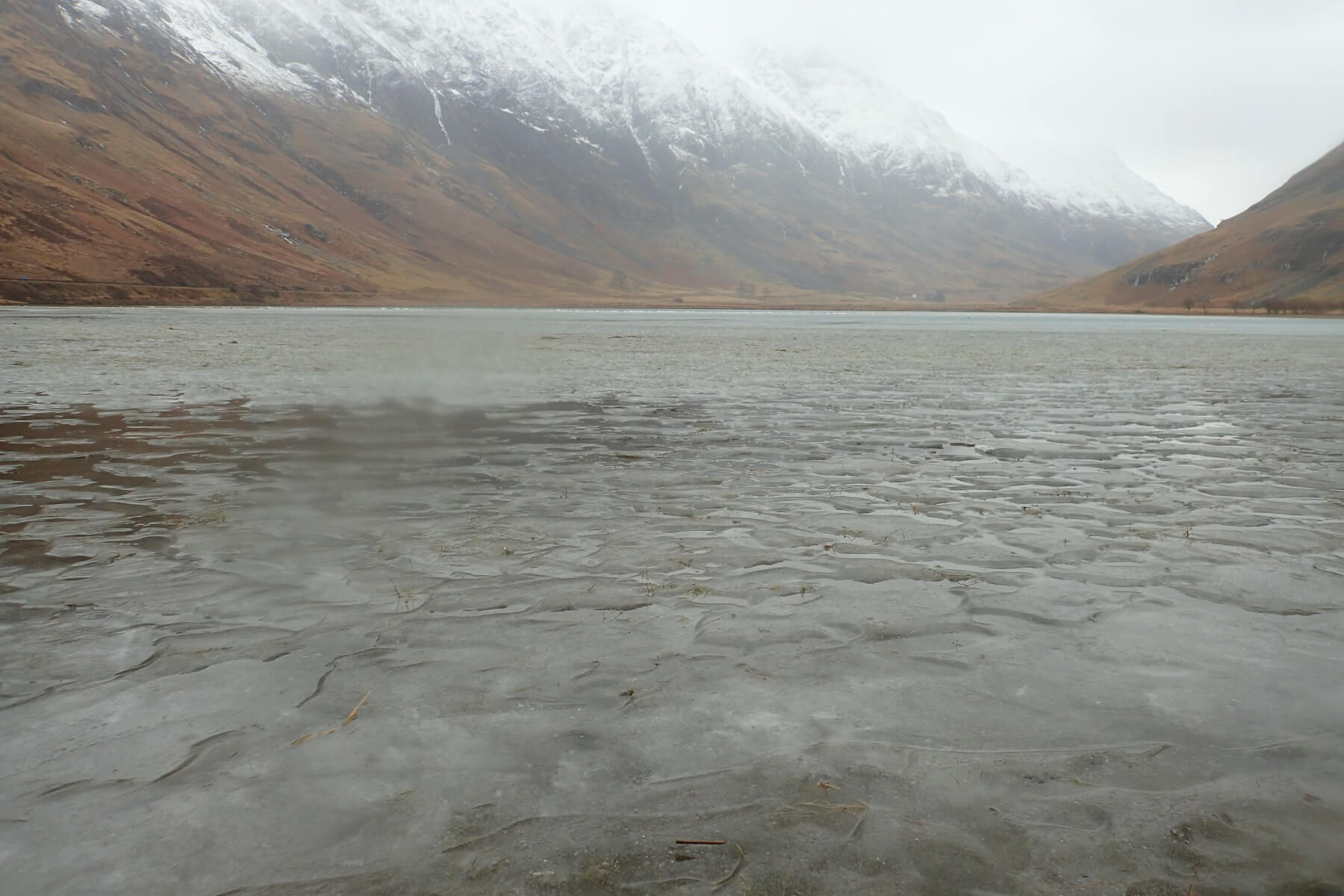 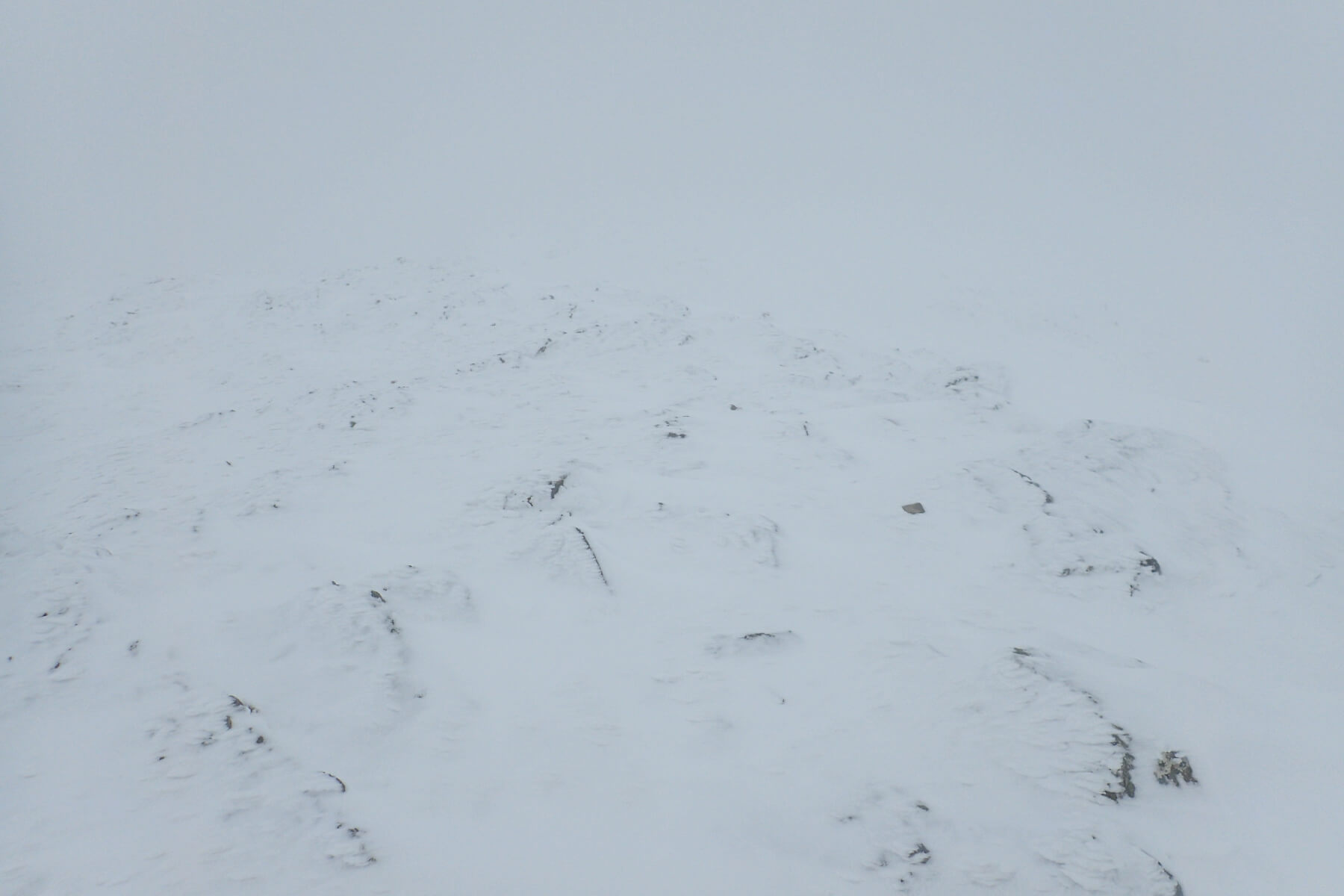 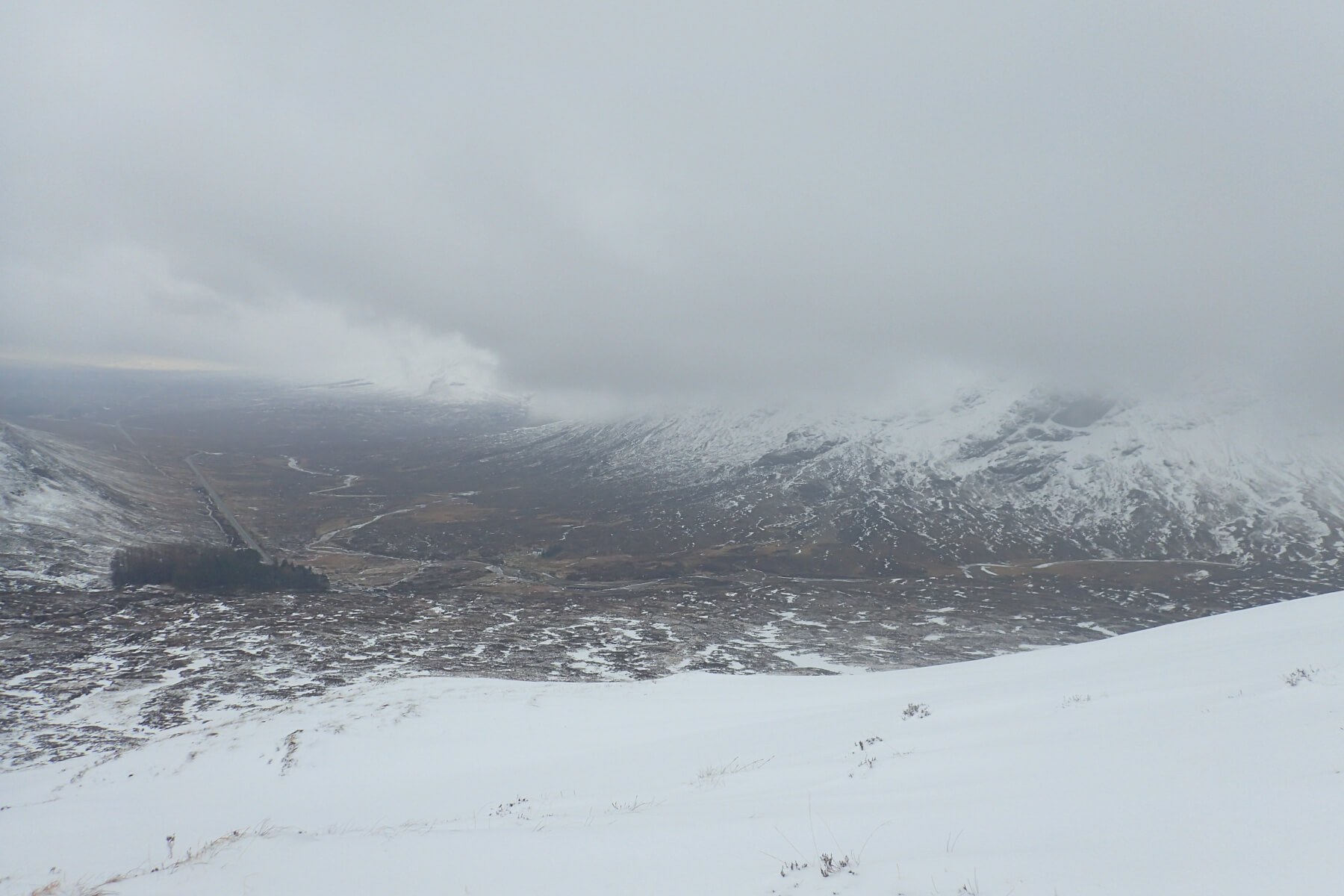 The cloud lifted slightly on my way down the hill, this is the best view I got.

On the way up the hill I came across a variety of animal tracks. How many you recognise? If you are feeling confident submit your answers by commenting on this post. All the pictures were on taken between an altitude of about 350 and 500 metres, and include my skis for sense of scale. Answers on tomorrow’s blog. 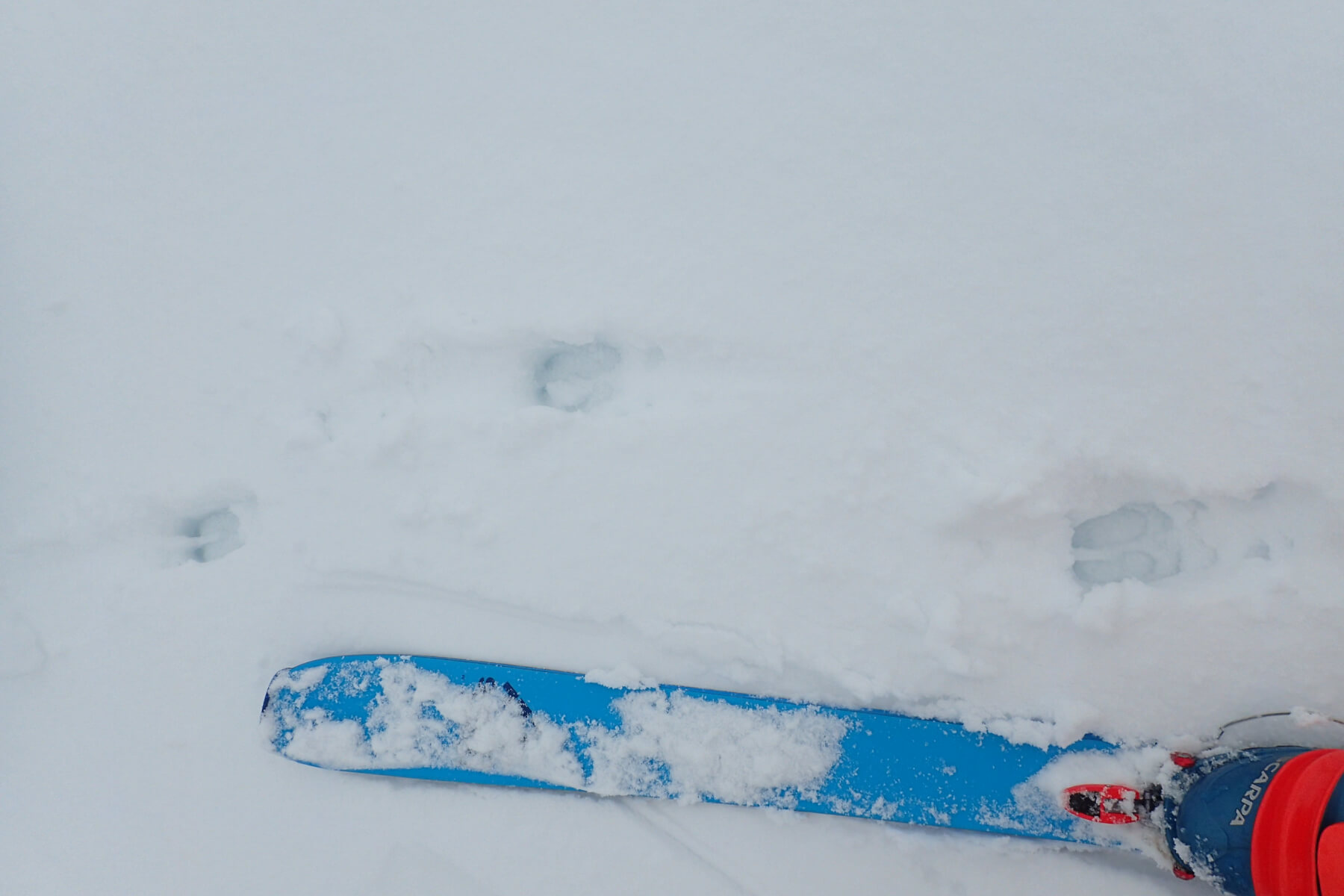 Will start with an easy one, what made set of tracks A. 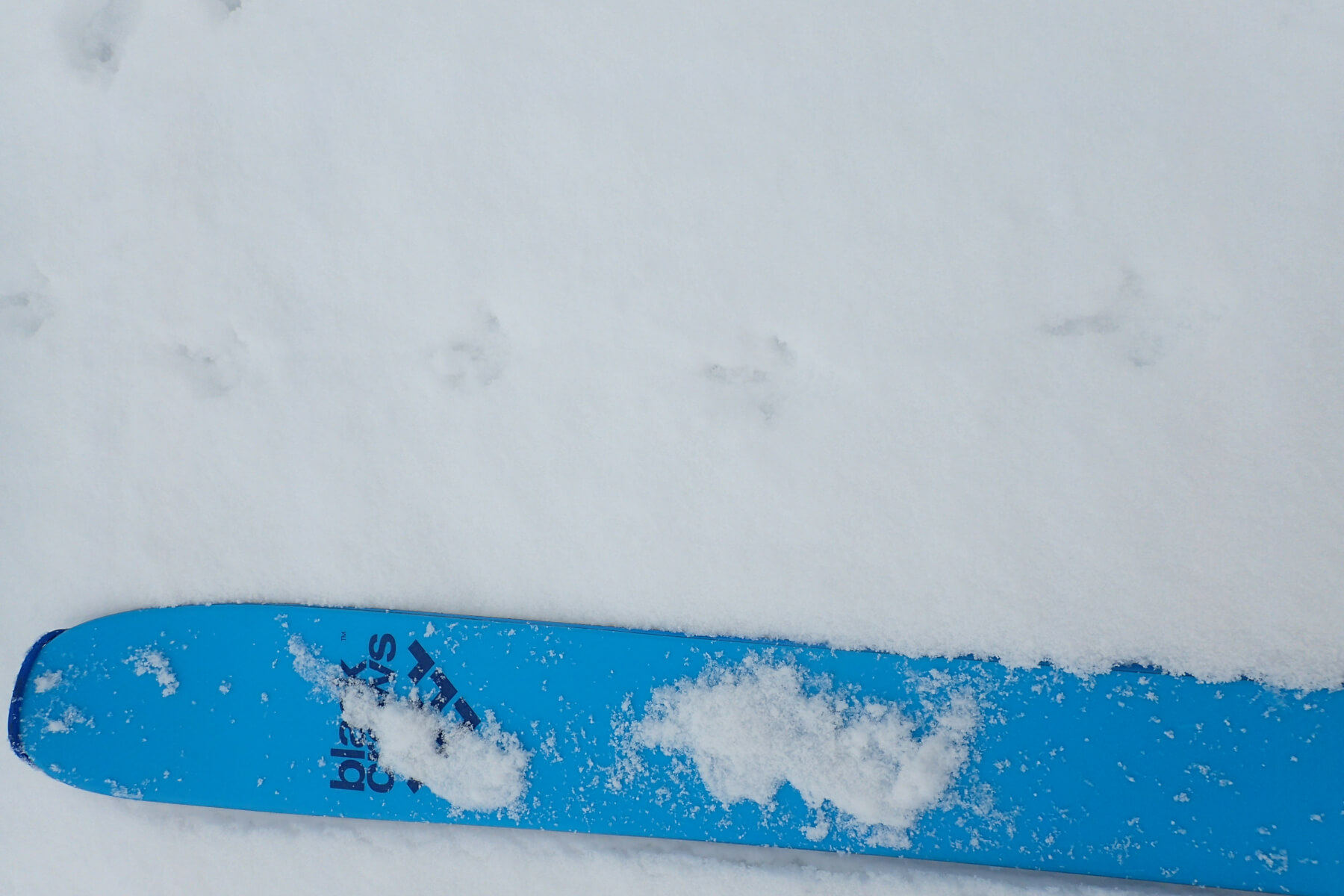 Smaller in size, but what made tracks B 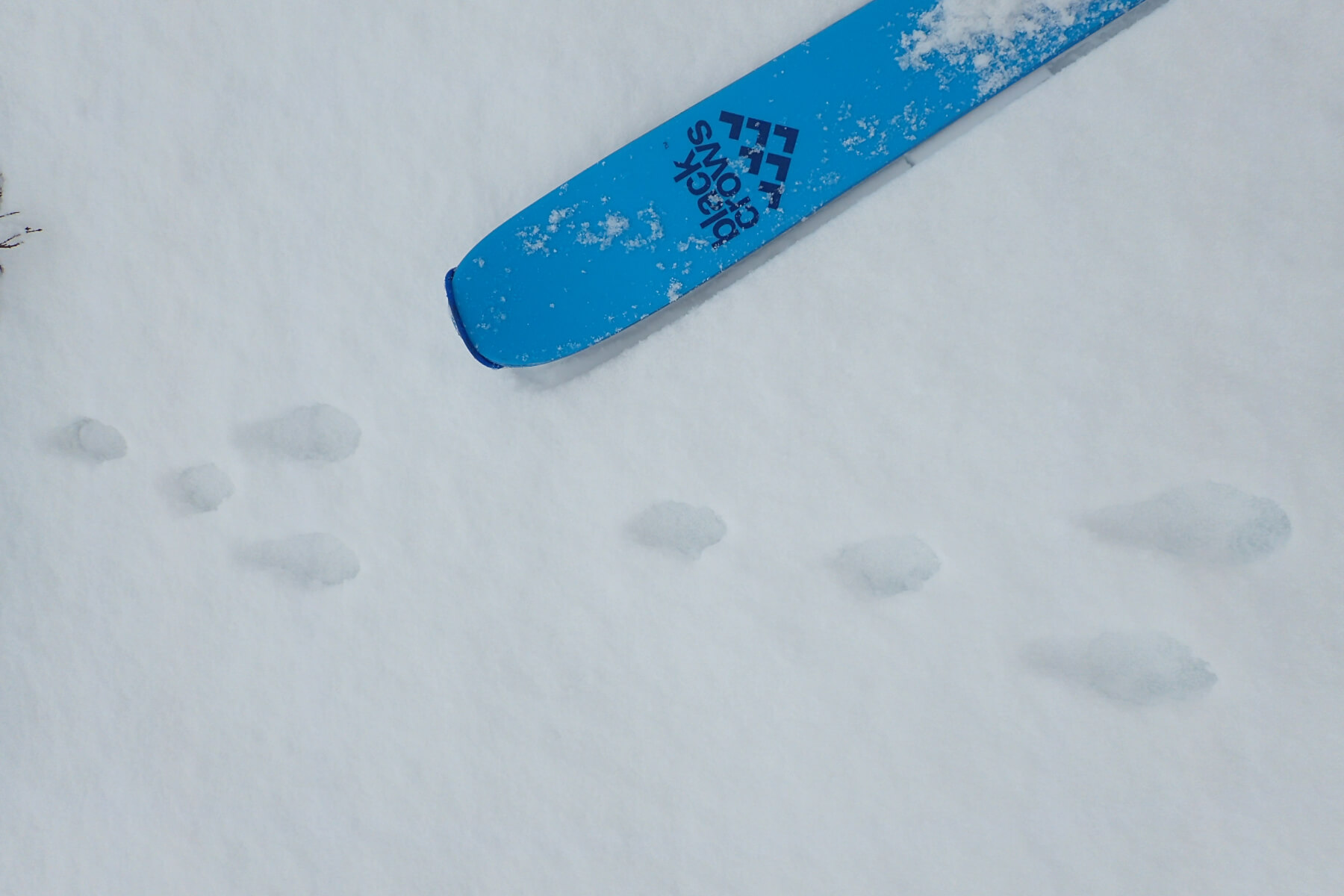 What about aesthetically pleasing set C.Â 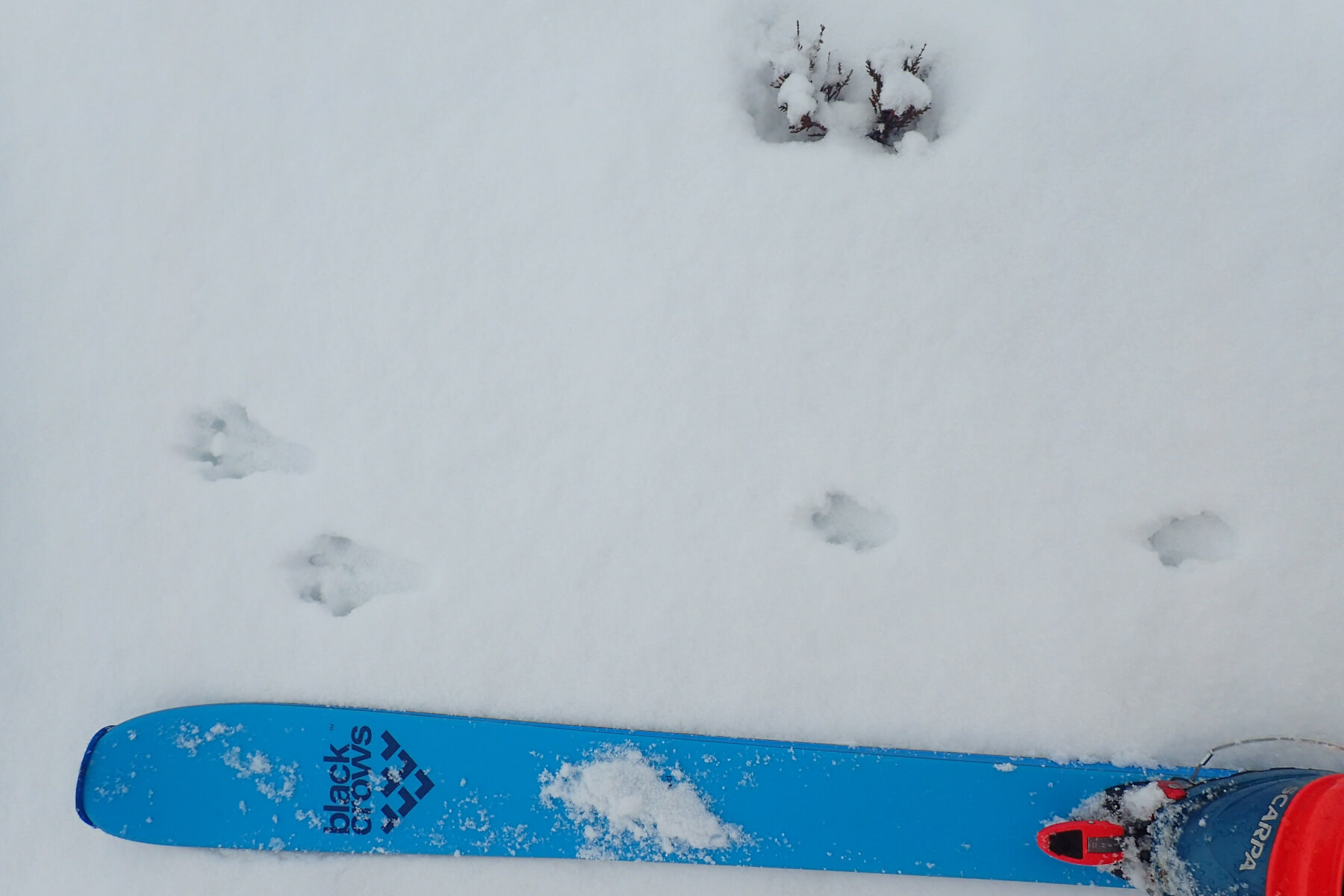