Fresh snow here, but not there!

It remains cold in Glen Coe with many of the water courses freezing over. Â Orographic snowfall has deposited fresh snow on the higher hills, particularly at the East end of the glen. At the floor of the glen it remained generally dry. Near the summit of Meall a Bhuiridh I found drifts of up to a meter of fresh snow (see the middle third, fourth and fifth picture below) while in the floor of the glen (the other pictures) there was no fresh snow. This fresh snow at higher level may not be apparent when driving through the glen, and is the reason why gave a moderate hazard for today and tomorrow. 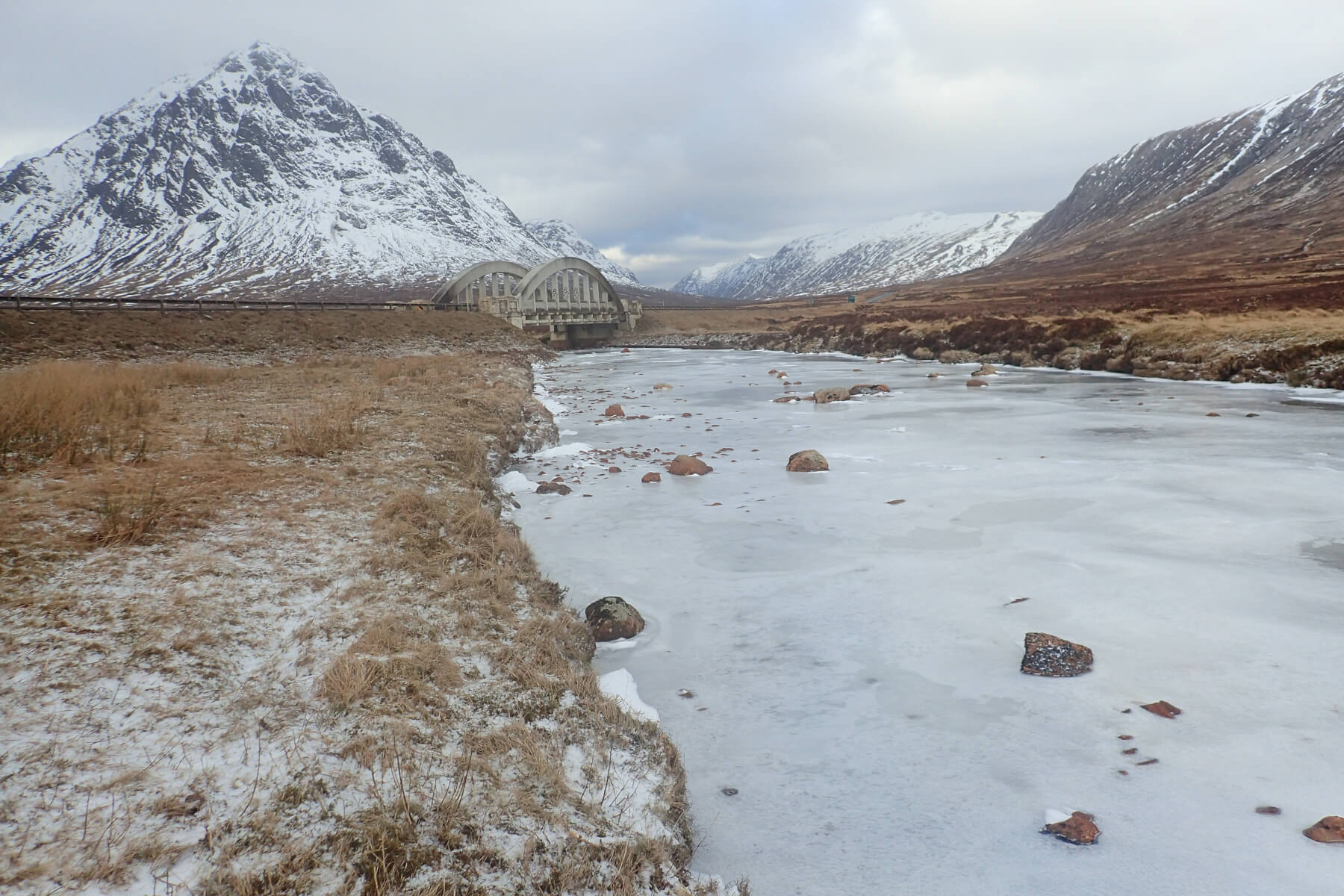 The River Etive looking pretty solid this morning. Only the slightest dusting of fresh snow here.Â 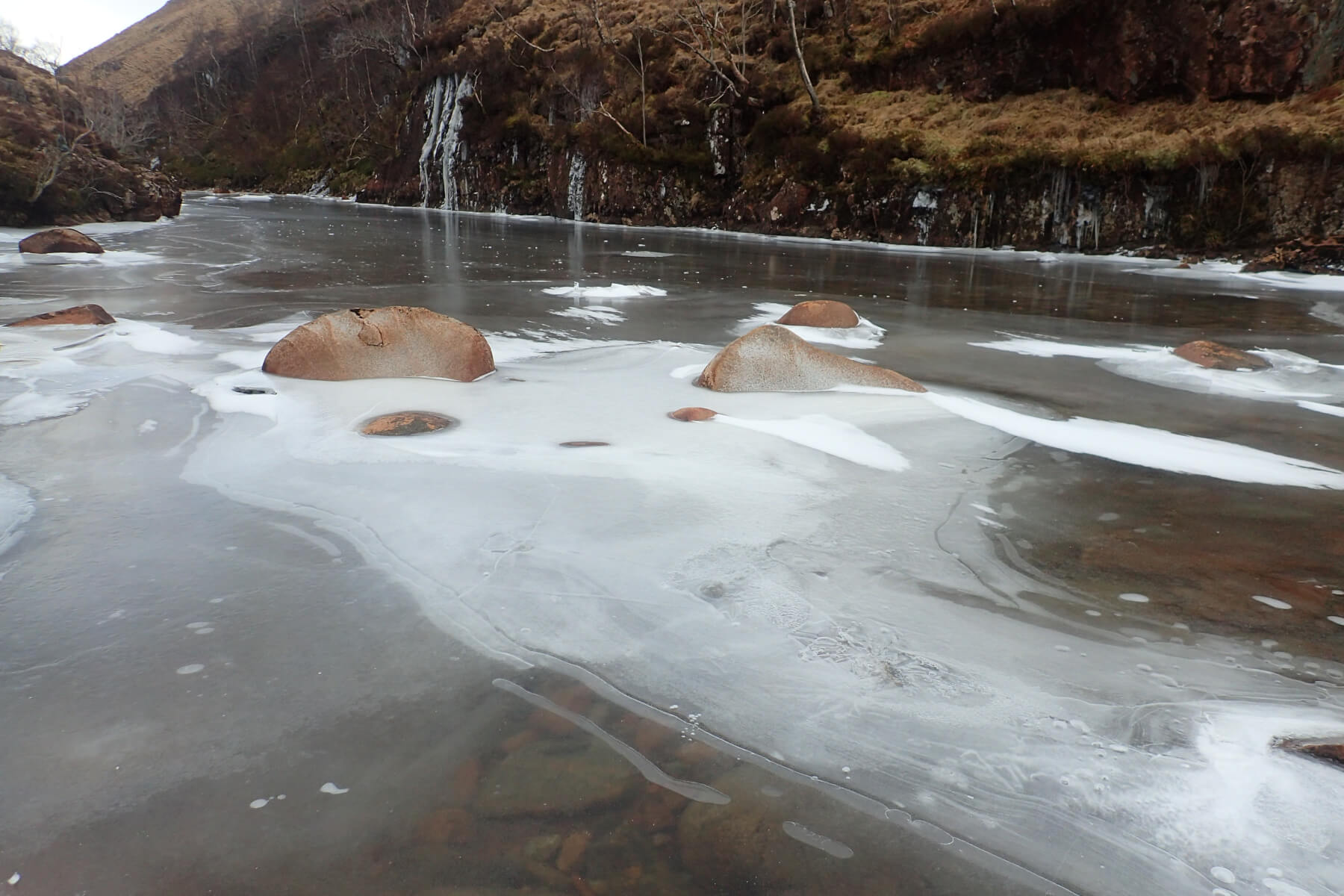 Further down stream, the river still looks rather on the solid side. However, no snow on the ground.Â 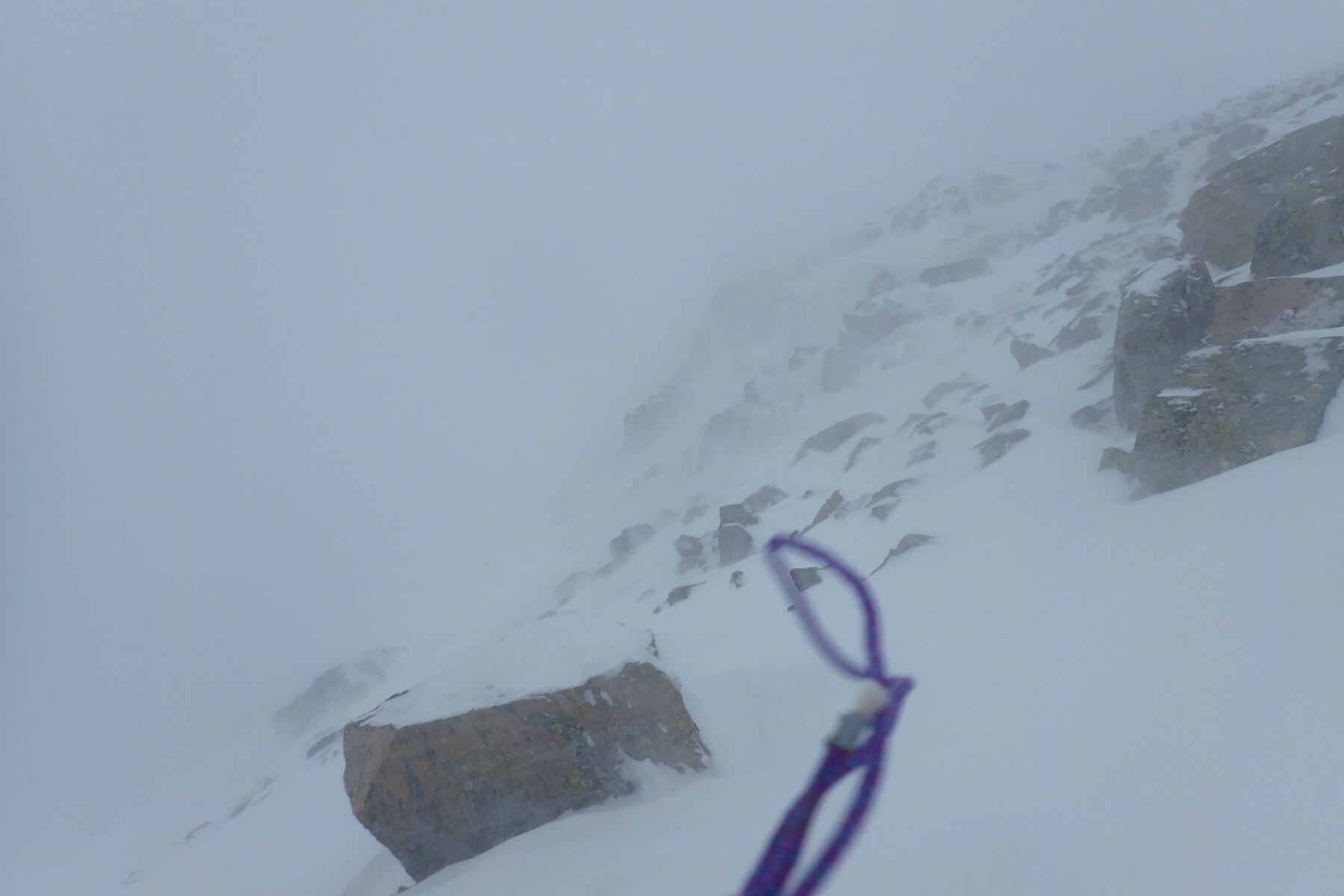 Conditions at 1100 metres. Blowing snow, strong winds and poor visibility. At first I was going to discard this picture as the camera strap can be seen blowing around, but then I thought it gives a good feeling for what conditions were like up there.Â 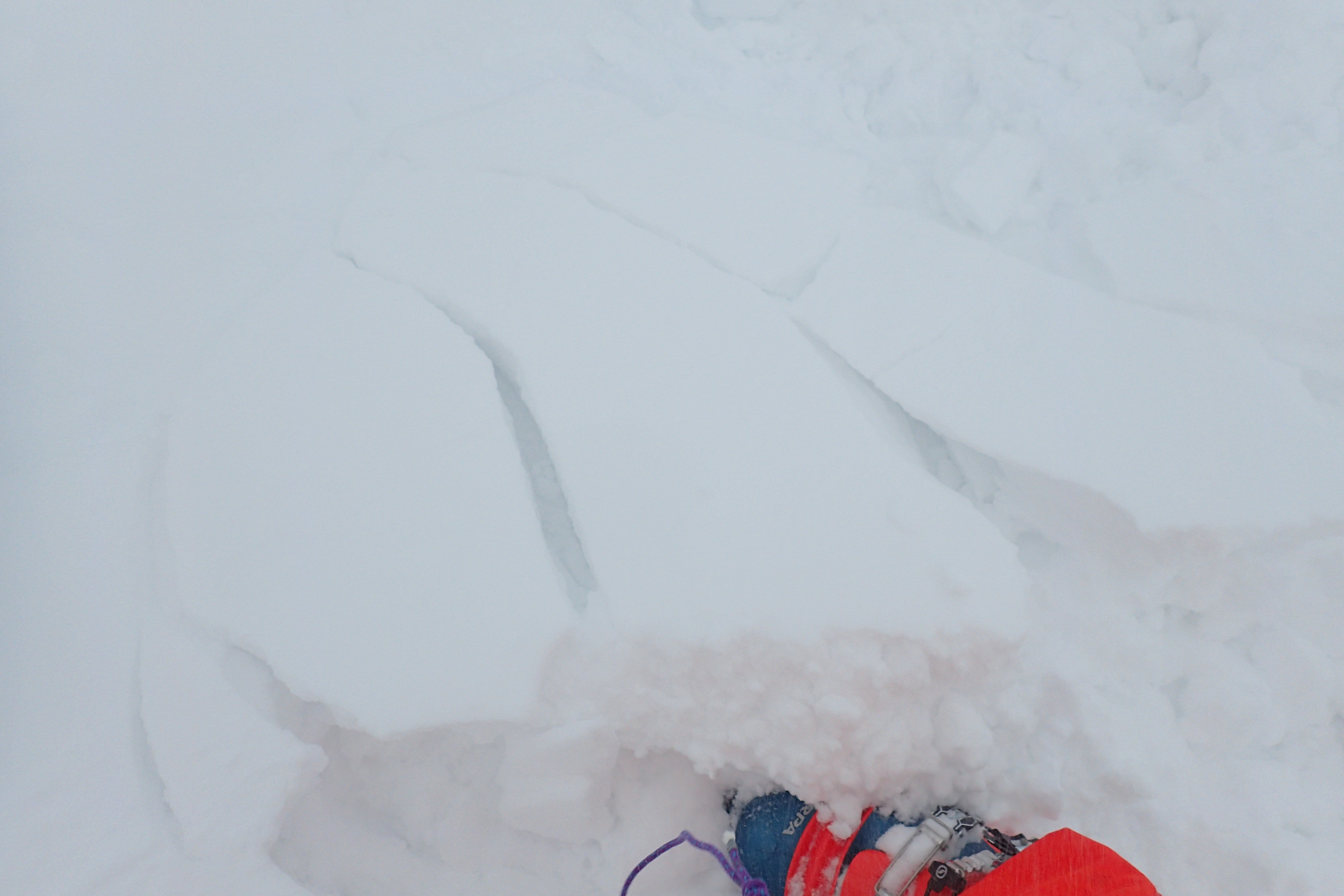 The fresh windslab cracking easily under my feet.Â 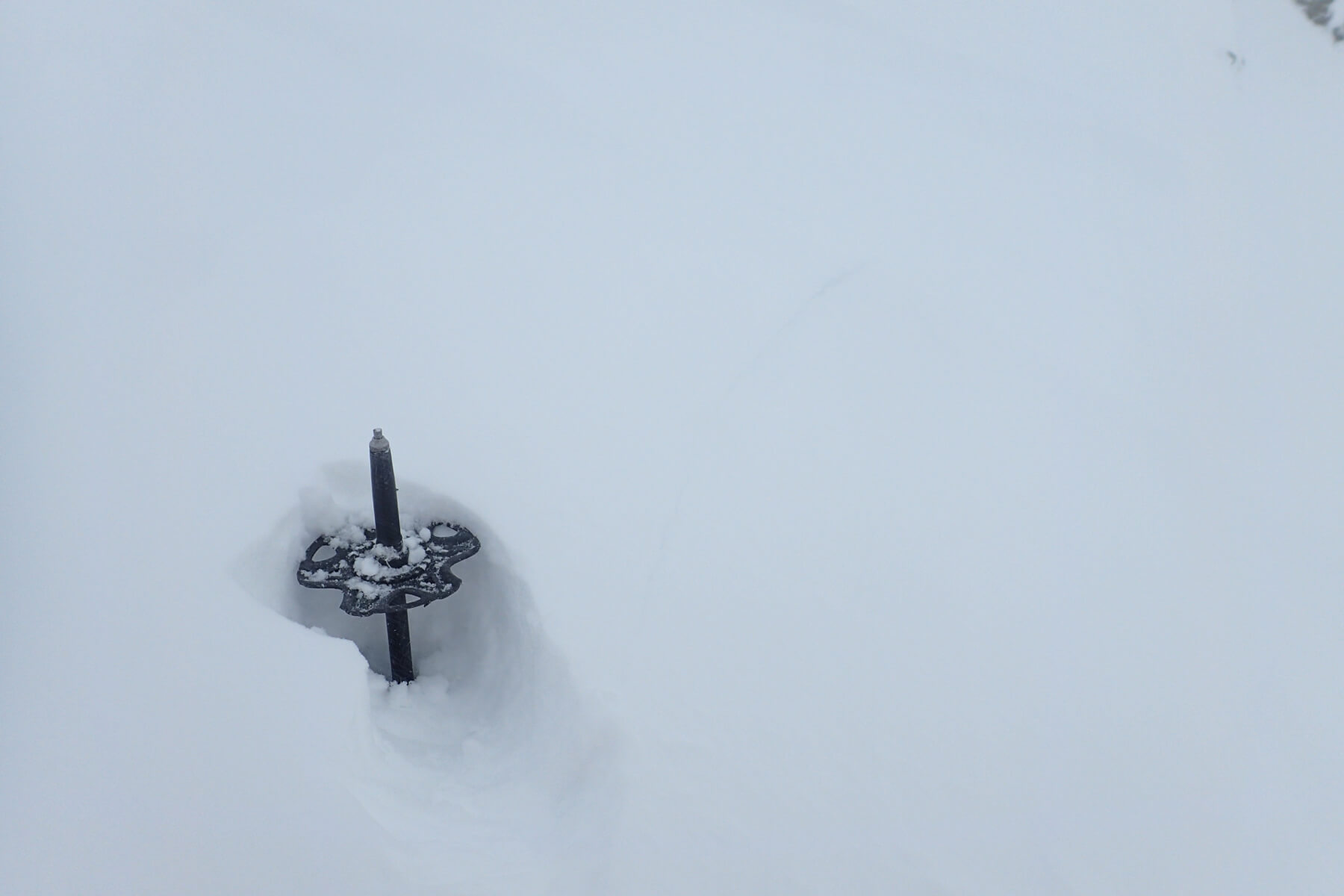 Although limited in extent there were some pretty deep deposits of the fresh snow. Here my ski pole is pushed into the soft snow, there was about a meter of fresh snow in this location.Â 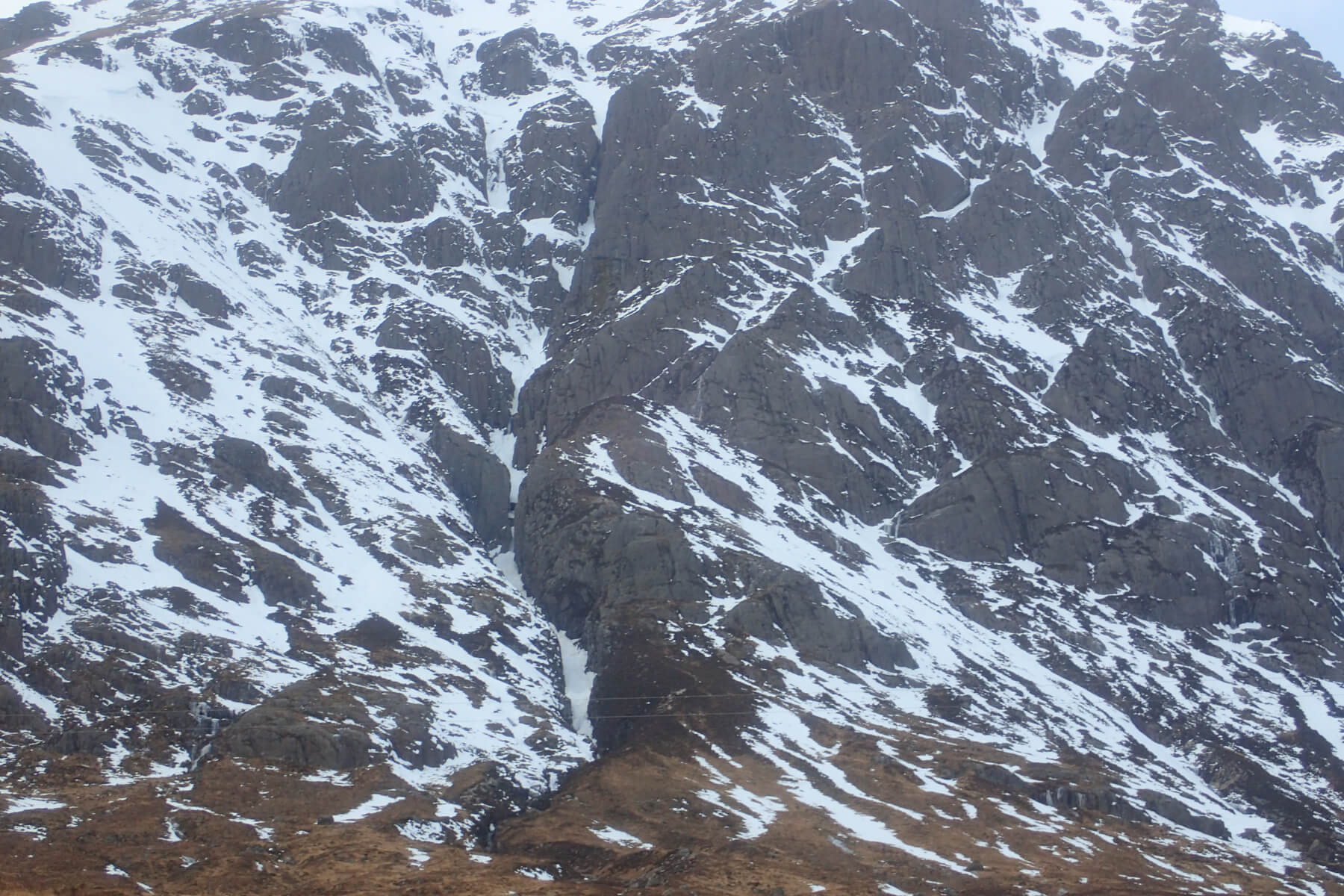 I decided to go for a little look down Glen Etive. The gully in the middle of the shot (the Chasm) looks like it has a fair depth of avalanche debris in it (the scale of the gully is much large than it looks). This might help a winter ascent, or could have other uses when the spring comes…. 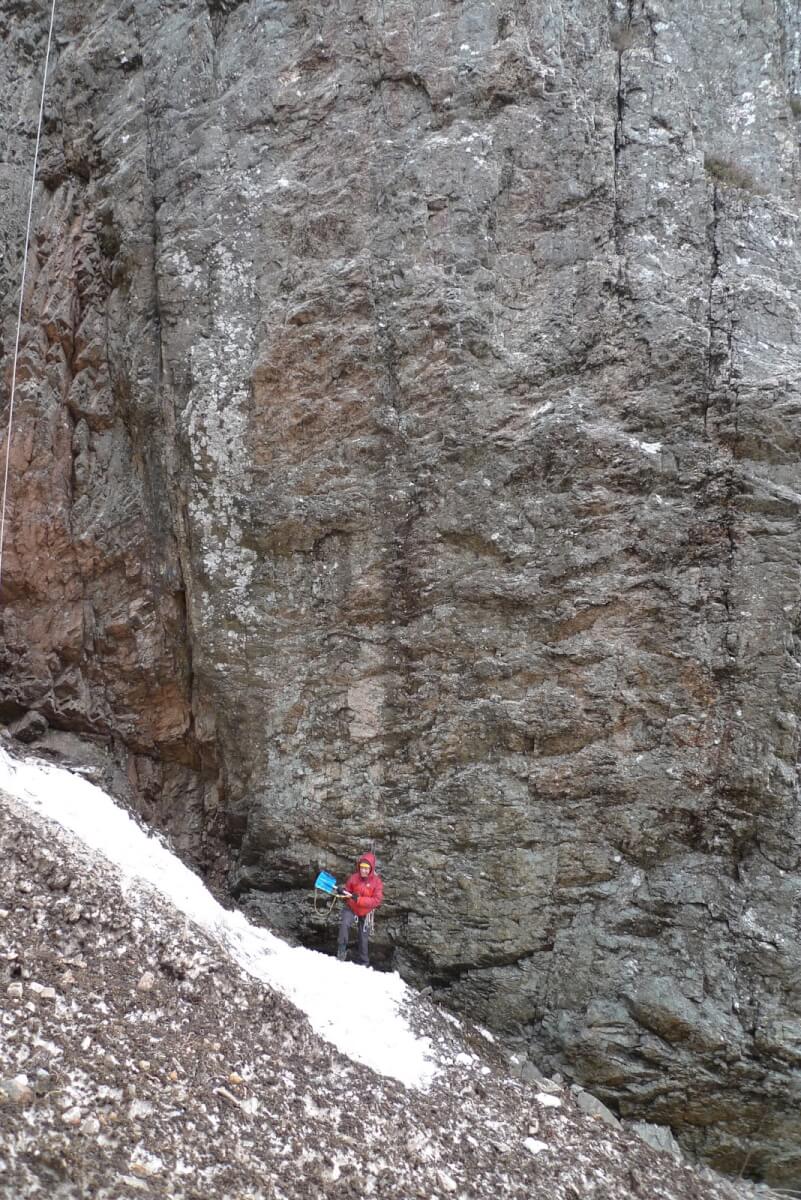 May 2015; Rock climbing on the side wall of the Chasm. About to do the first ascent of a hard (E7/8) bold new route up the wall above, a climber flattens out old avalanche debris in case he falls off (the unprotected 6b crux was at about 30 feet). Landing on the avalanche debris would be better than the boulder filled base of the gully which would be the landing later in the summer. All the earth and debris was brought down by this avalanche came to surface the snow had melted, covering the remaining debris in a layer of dirt. Currently there looks to be a greater depth of avalanche debris in this part the gully. Anybody fancy a wee rock climbing project when it warms up a bit?