It was a mainly dry day with a good bit of sunshine but there were a few snow showers which brought stronger winds and lower cloud levels with them. Some rapid changes from sunglasses to goggles and hoods were needed.

Significant amounts of fresh snow were hard to find. The older snow was frozen hard above around 1050 metres, breakable crust from 1050 down to around 800 metres and soft and wet below this. 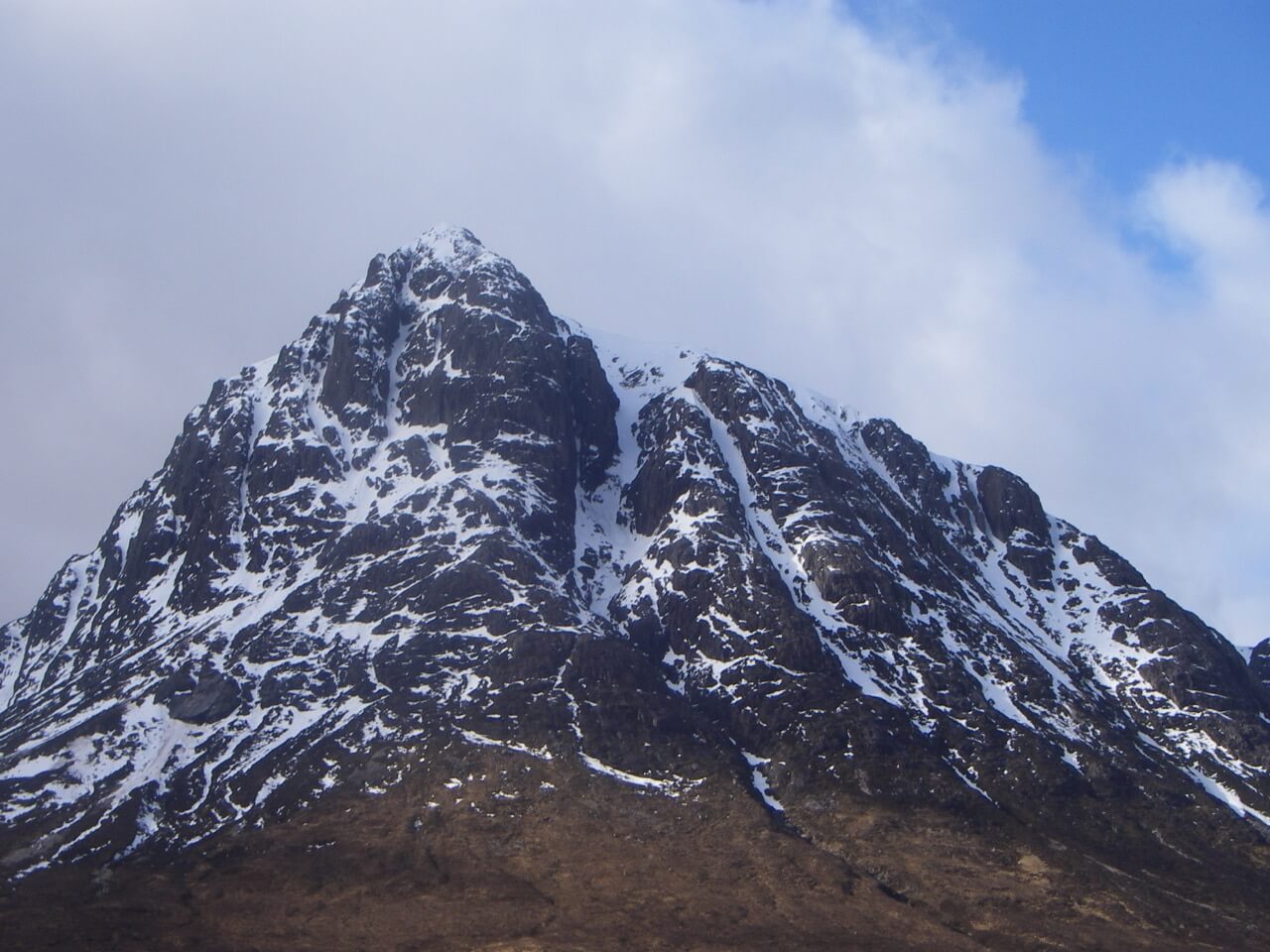 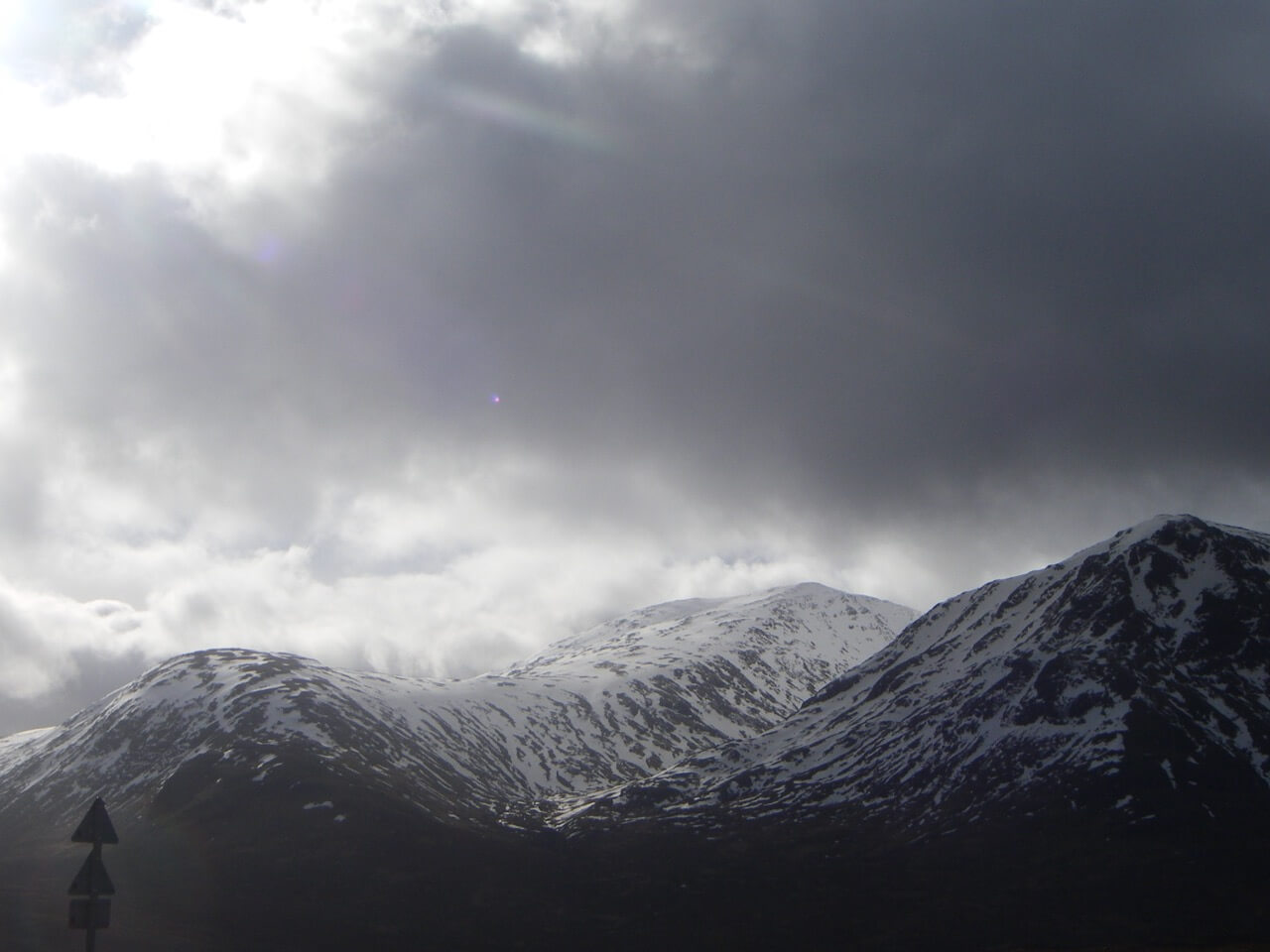 Meall a’ Bhuiridh, centre, with a dark cloud approaching. 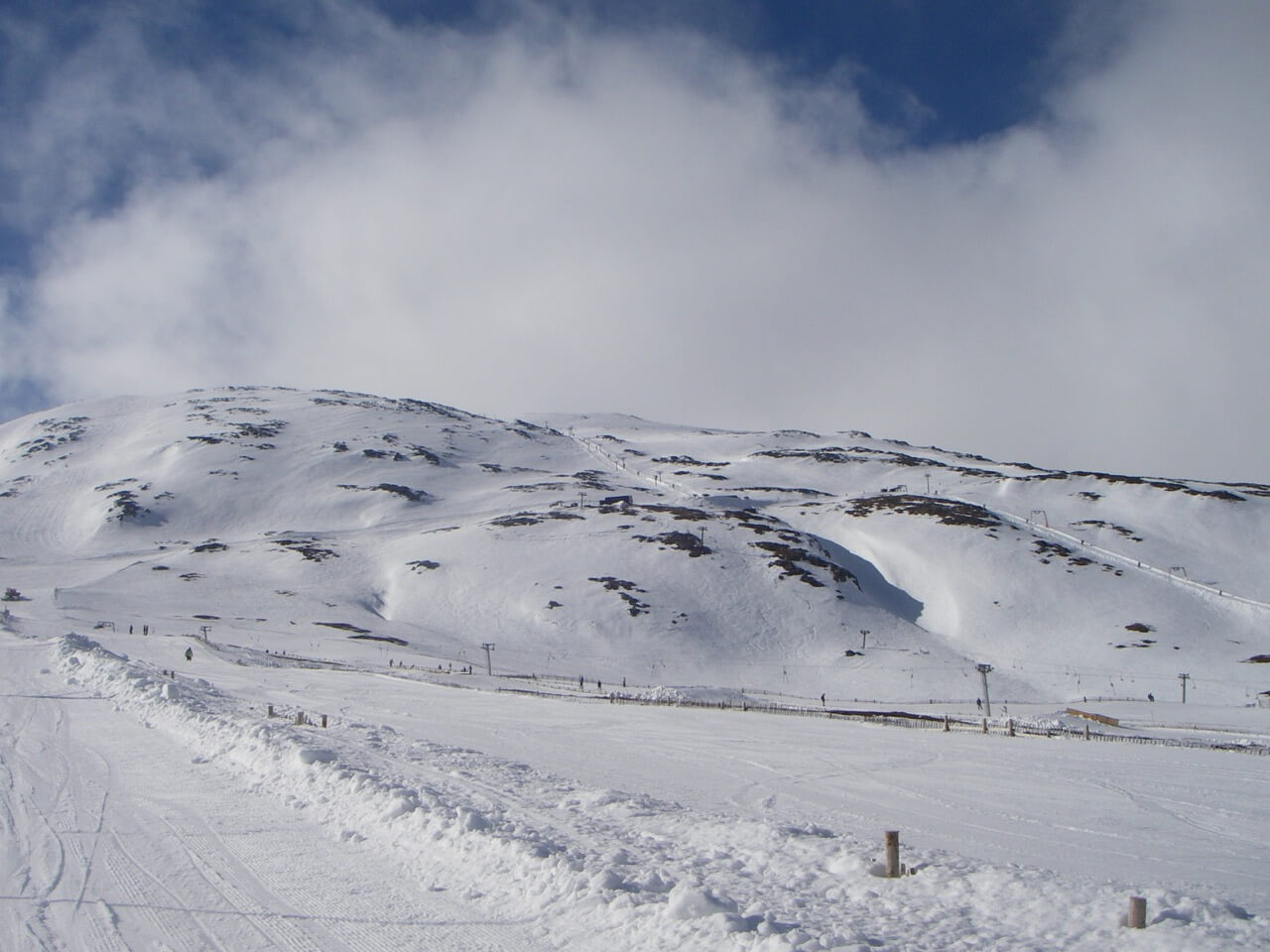 Glencoe ski area in the sunshine. 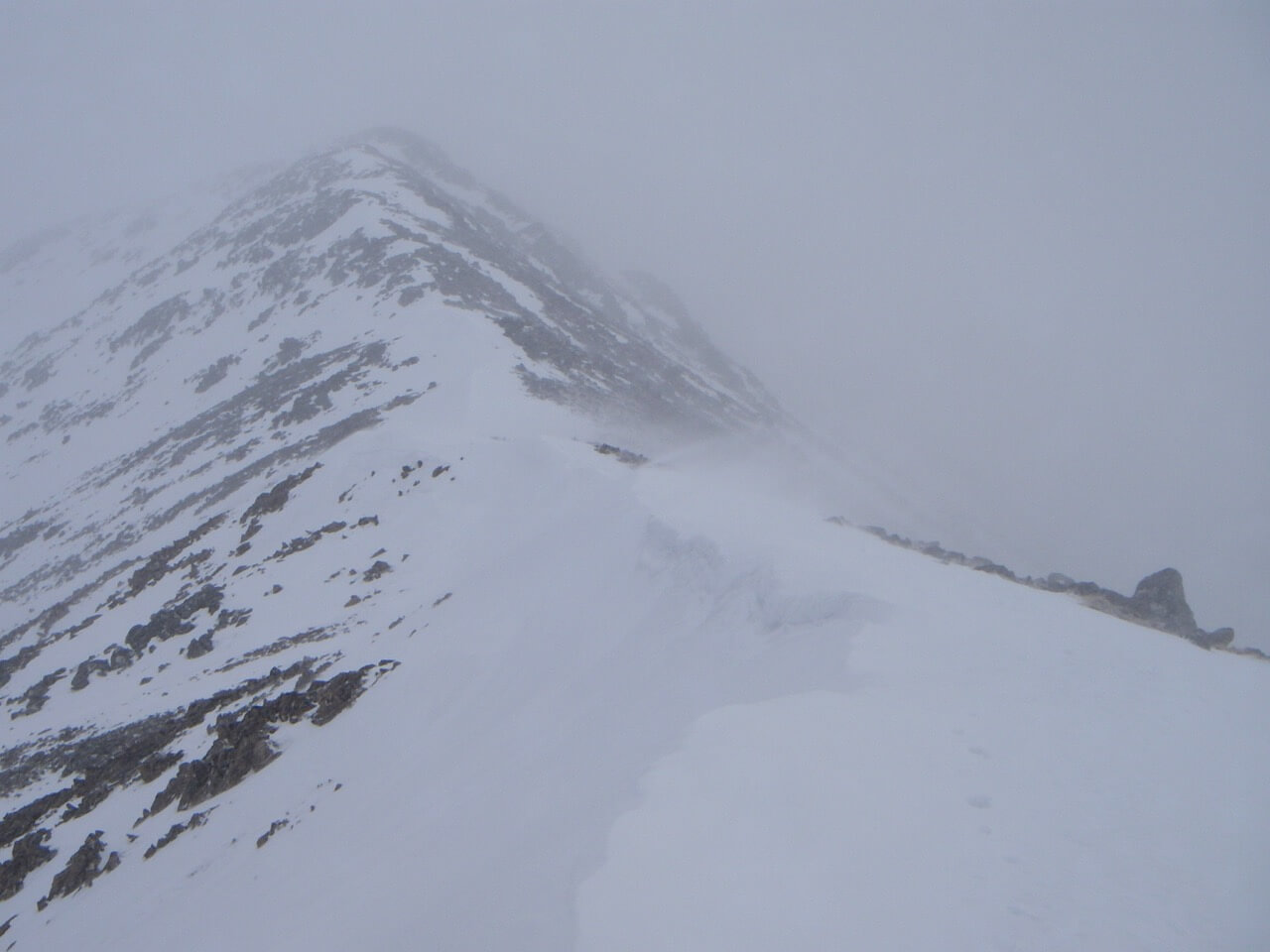 Snow redistribution in a windier moment. 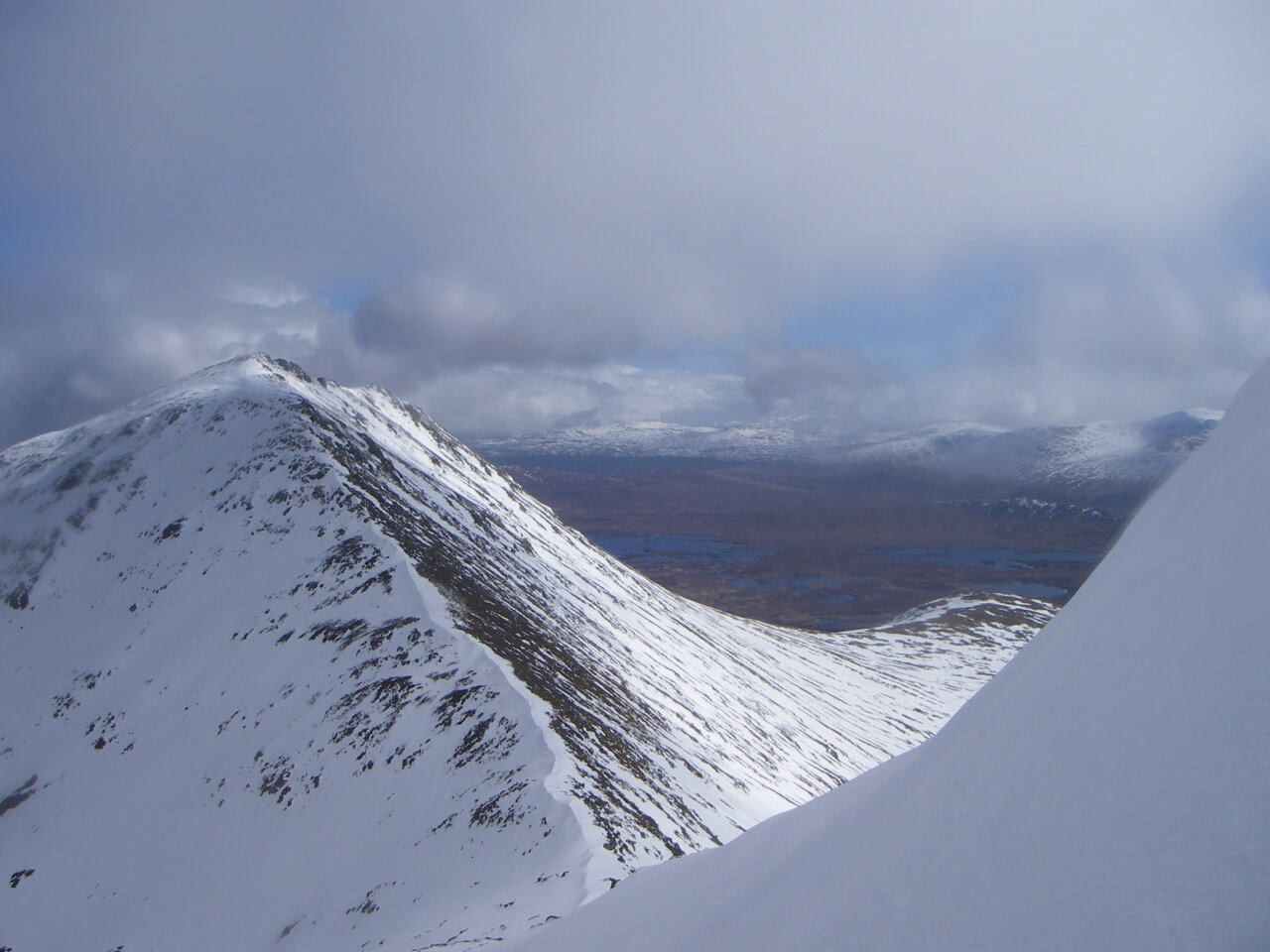 Meall a’ Bhuiridh and Rannoch Moor in the sunshine. 5 minutes before this there was snow, spindrift, and cloud with no view. 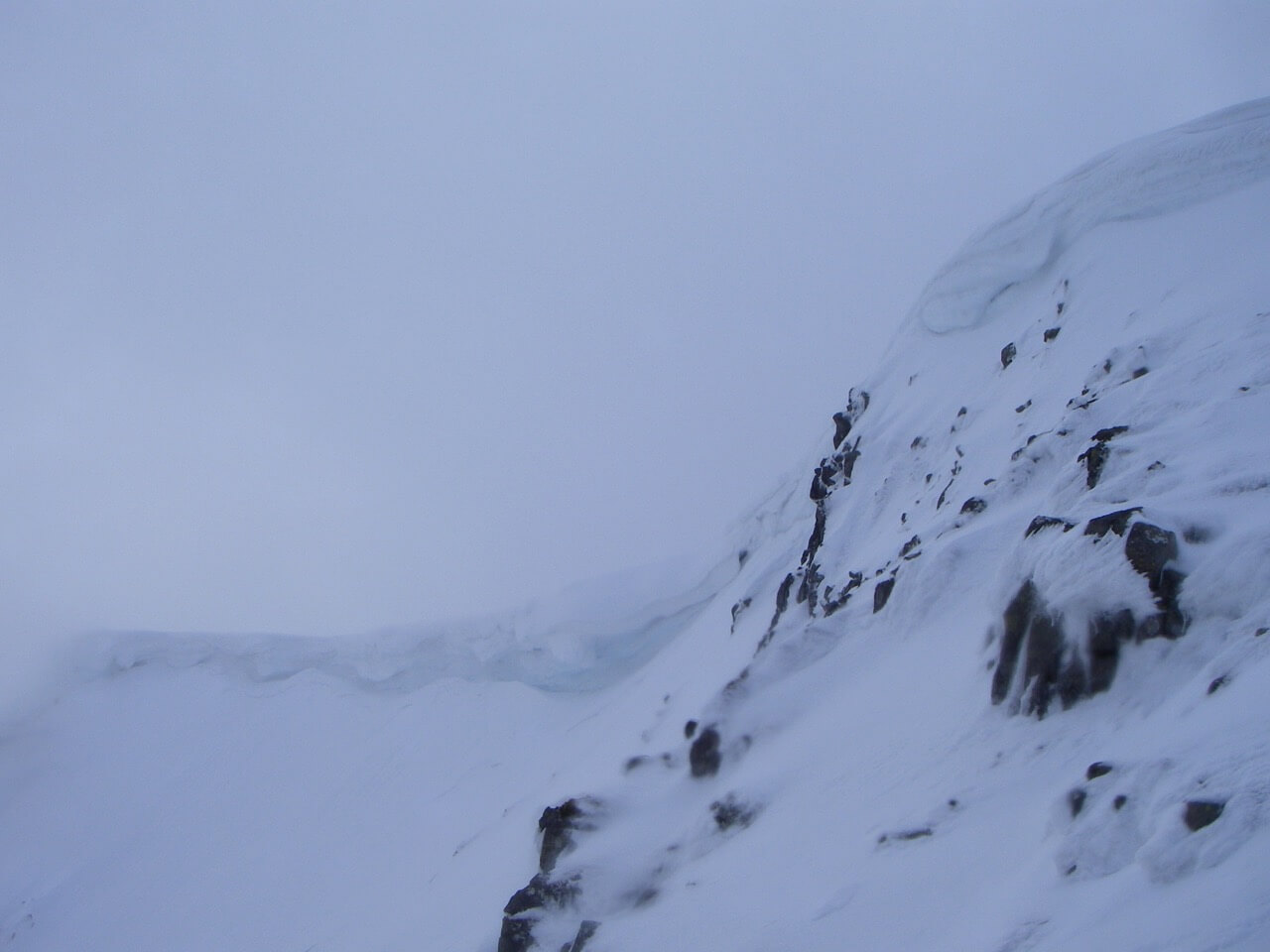 A large cornice above a West aspect at around 1080 metres. 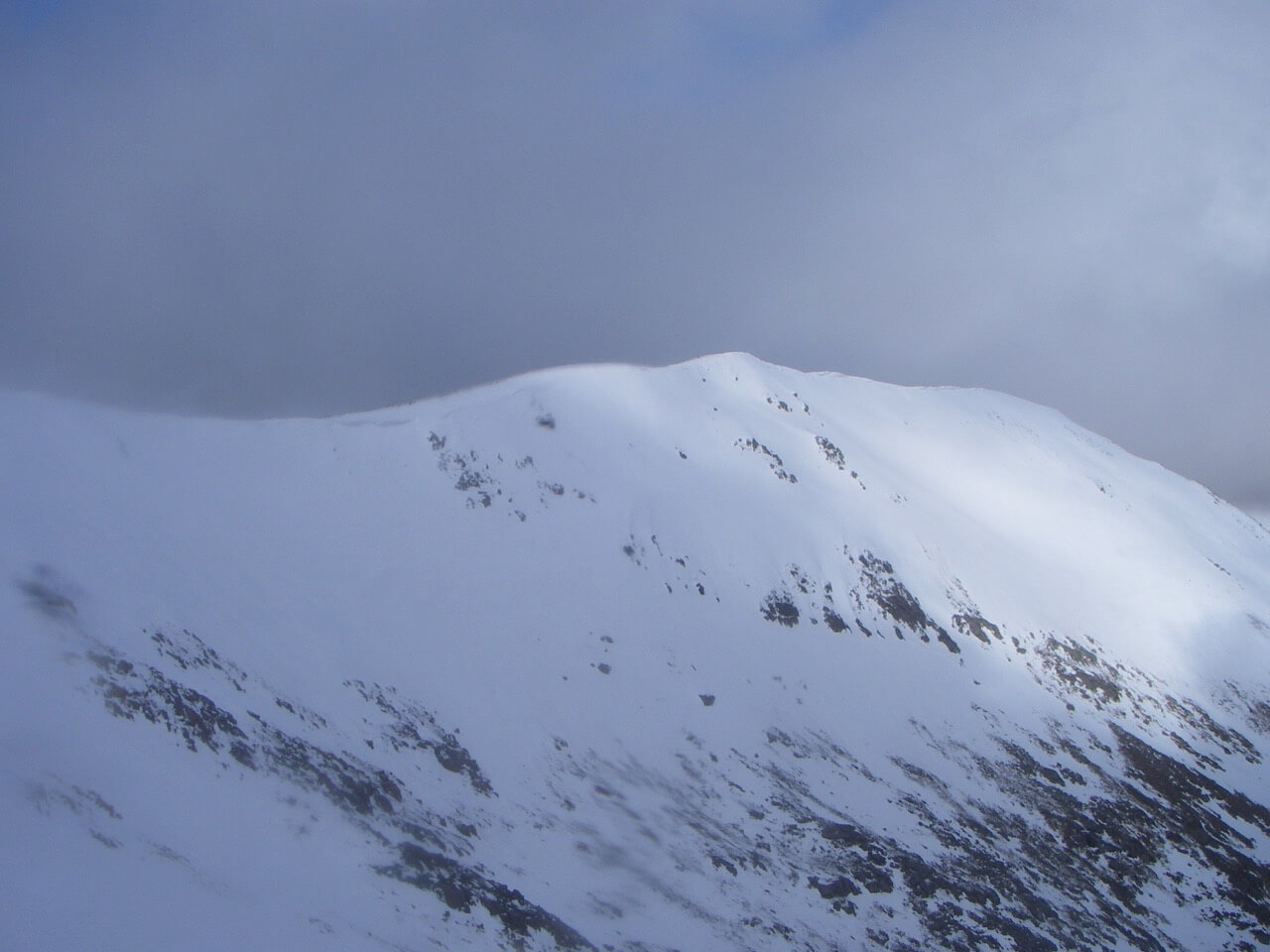 Creise showing good snow cover on a West aspect. The snow was firm at the top, breakable crust part way down and soft at the bottom. 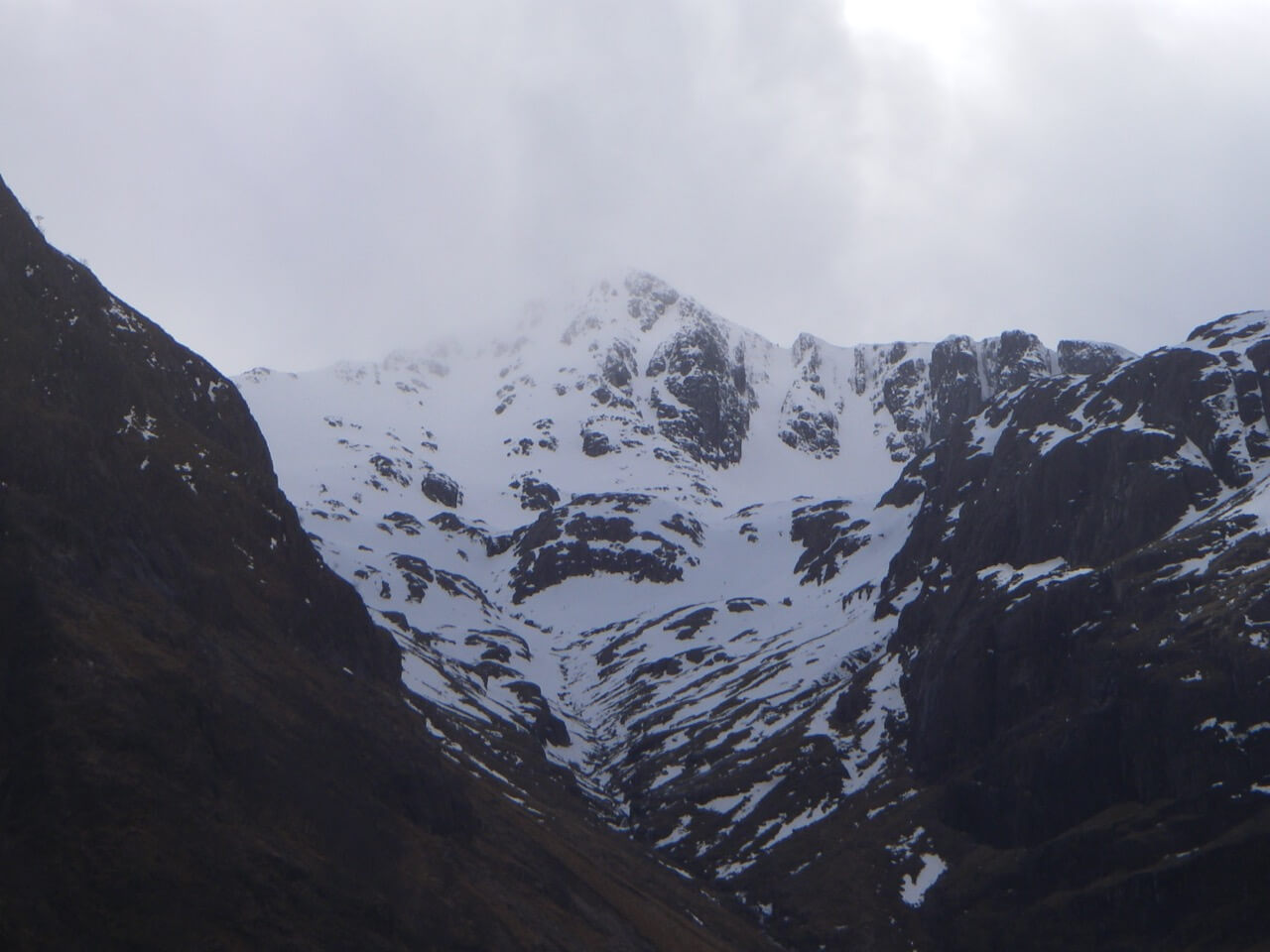 Stob Coire nan Lochan from the A82.