Another fine day in Glen Coe. It was sunny early on, but slowly a pretty uniform layer of cloud formed at around 900 metres. 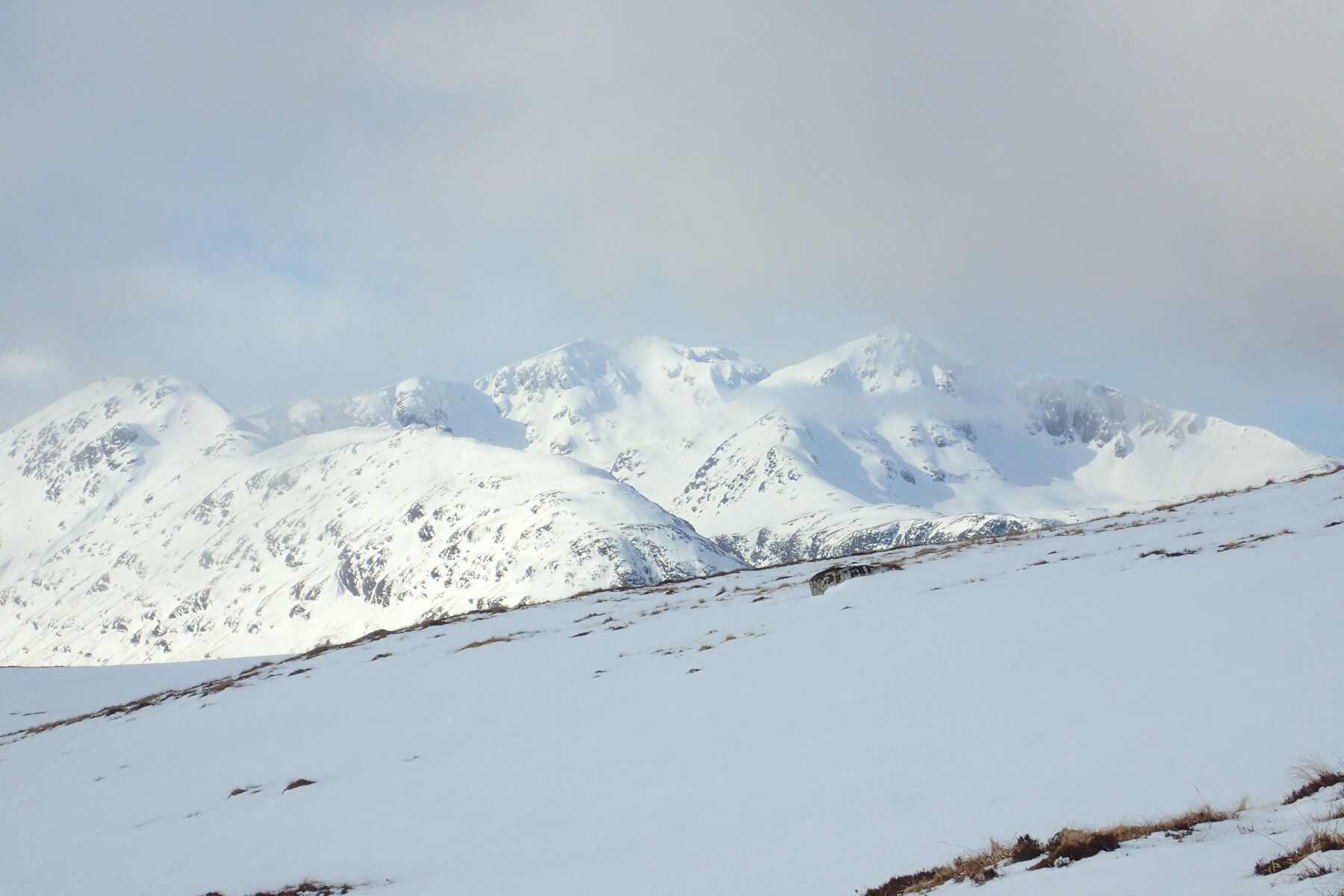 The hills of Glen Coe looking Alpine this morning. However, a layer of cloud was starting to build. 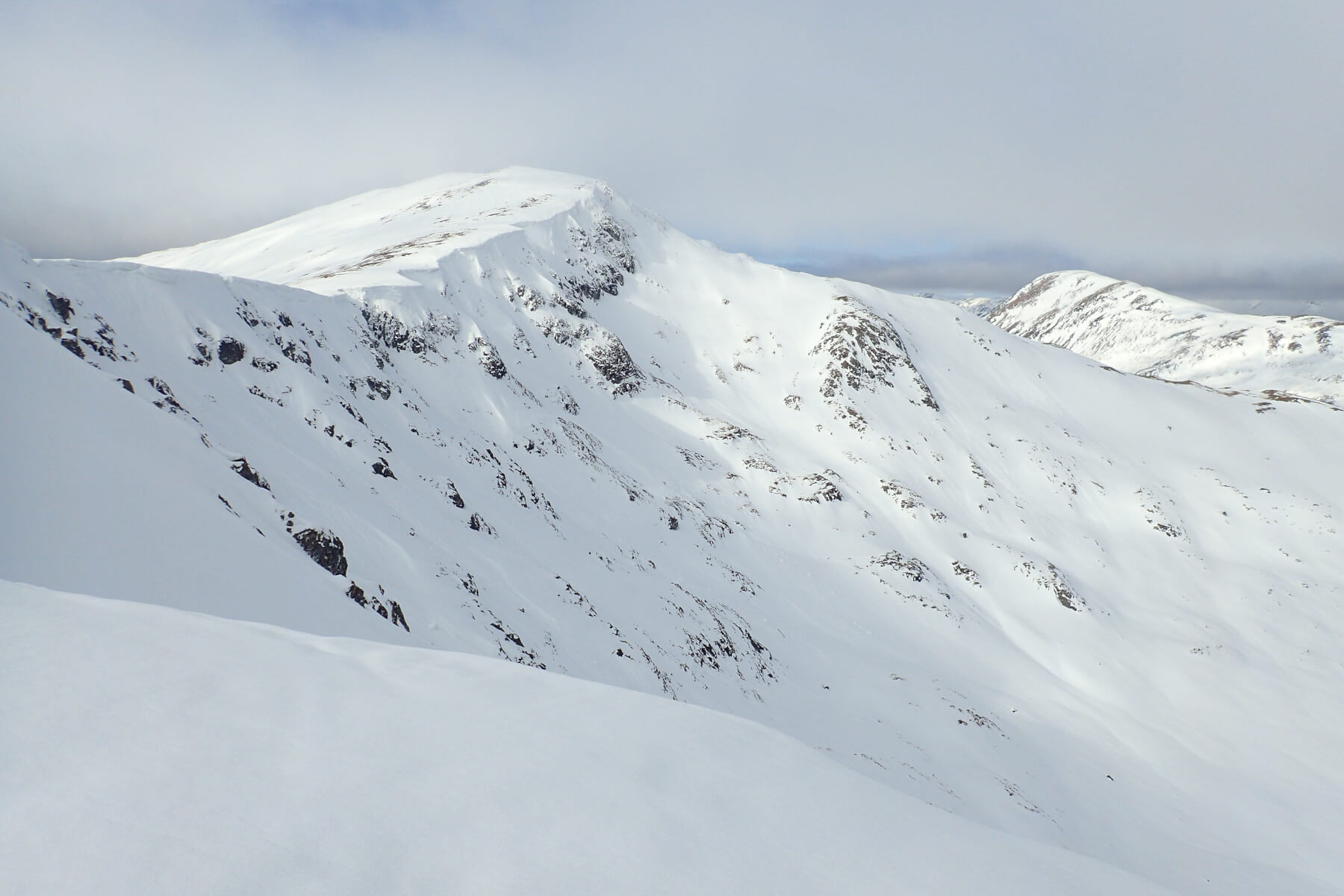 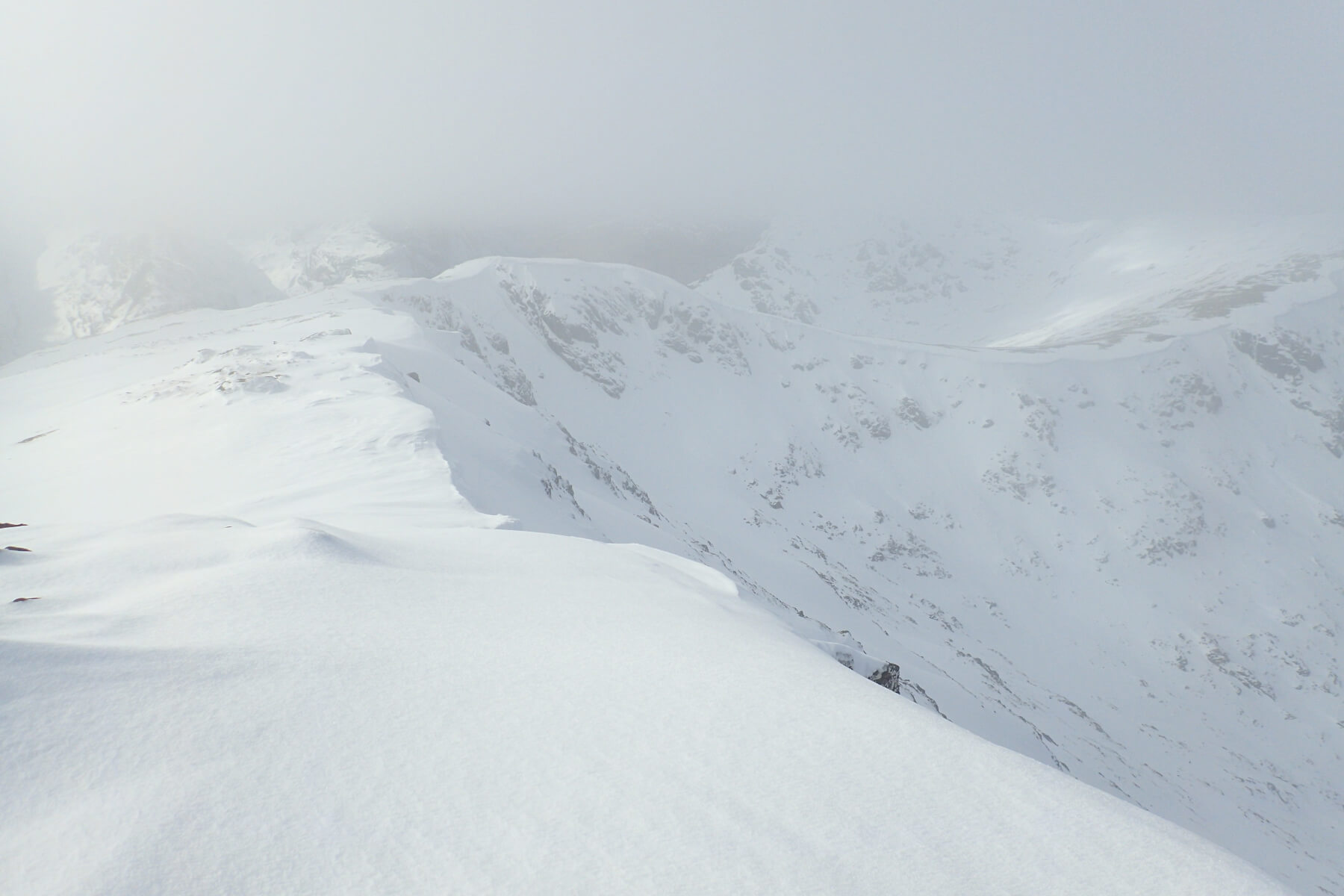 The view from point 903m, which is essentially the summit of Choire Odhair-bhig, just as the cloud was forming at that level.Â 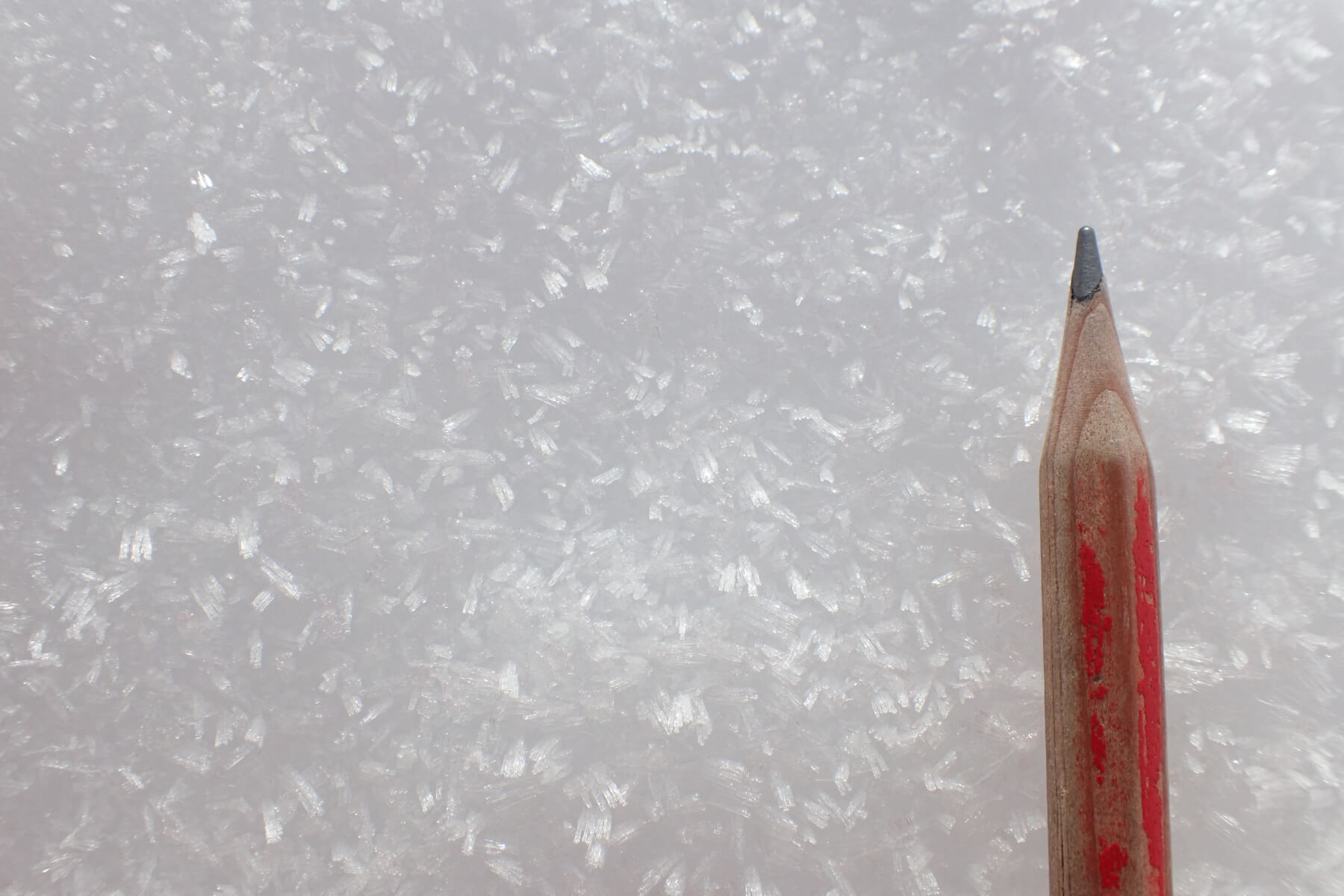 I found some surface hoar had formed above about 850 meters.Â 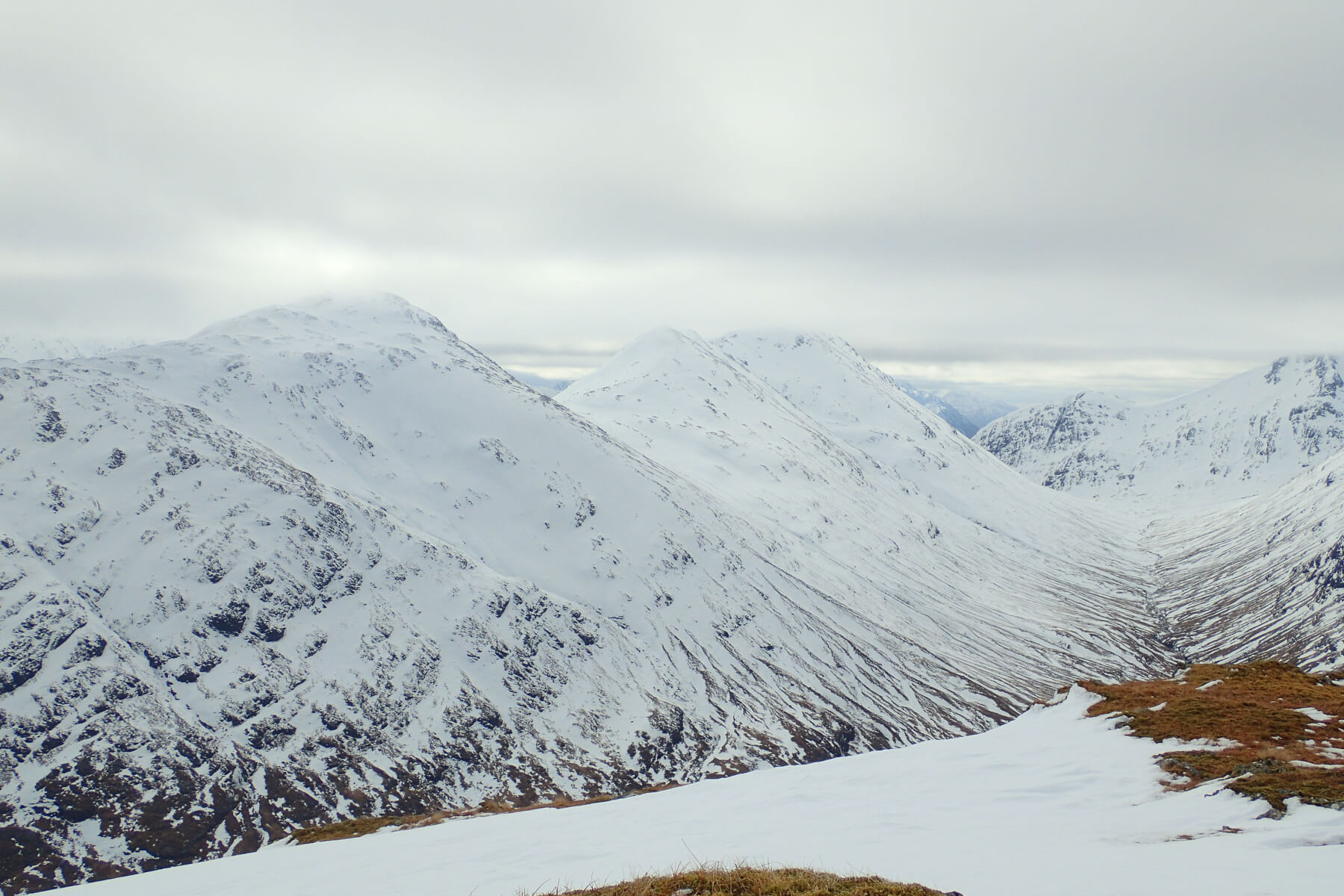 The view over to Buachaille Etive Beag just after midday. By that point there was quite a uniform layer of cloud at around 900 metres. Below this visibility was still pretty good.Â