It was quite a changeable day in Glen Coe today. There were some very sunny periods, there were some cloudy periods, and there was even a few light snow showers. The snow at lower levels, and on steeper southerly aspects was softening through the day, while it remained firmer on Northerly aspects with a thin crust. Turning windier tomorrow. 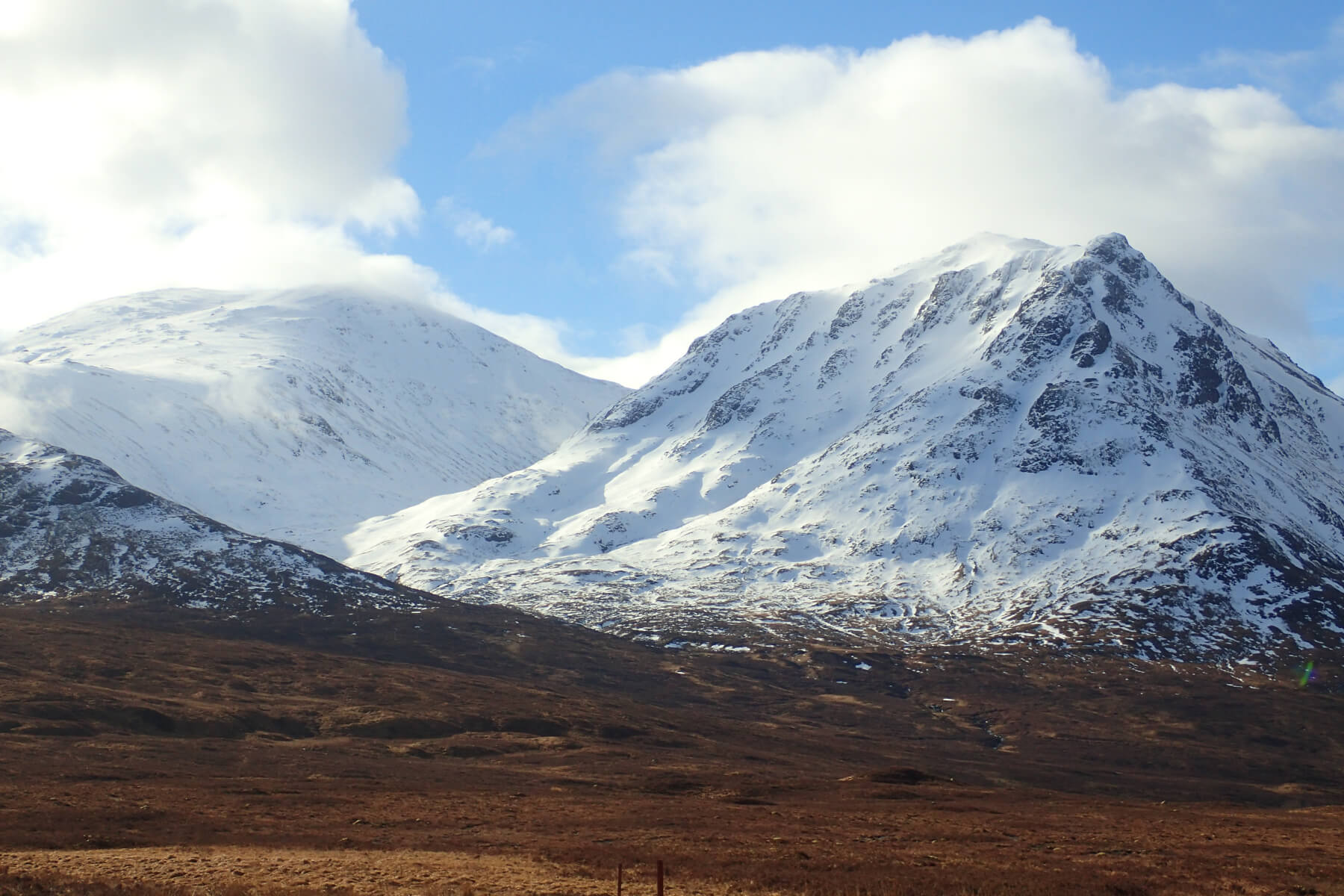 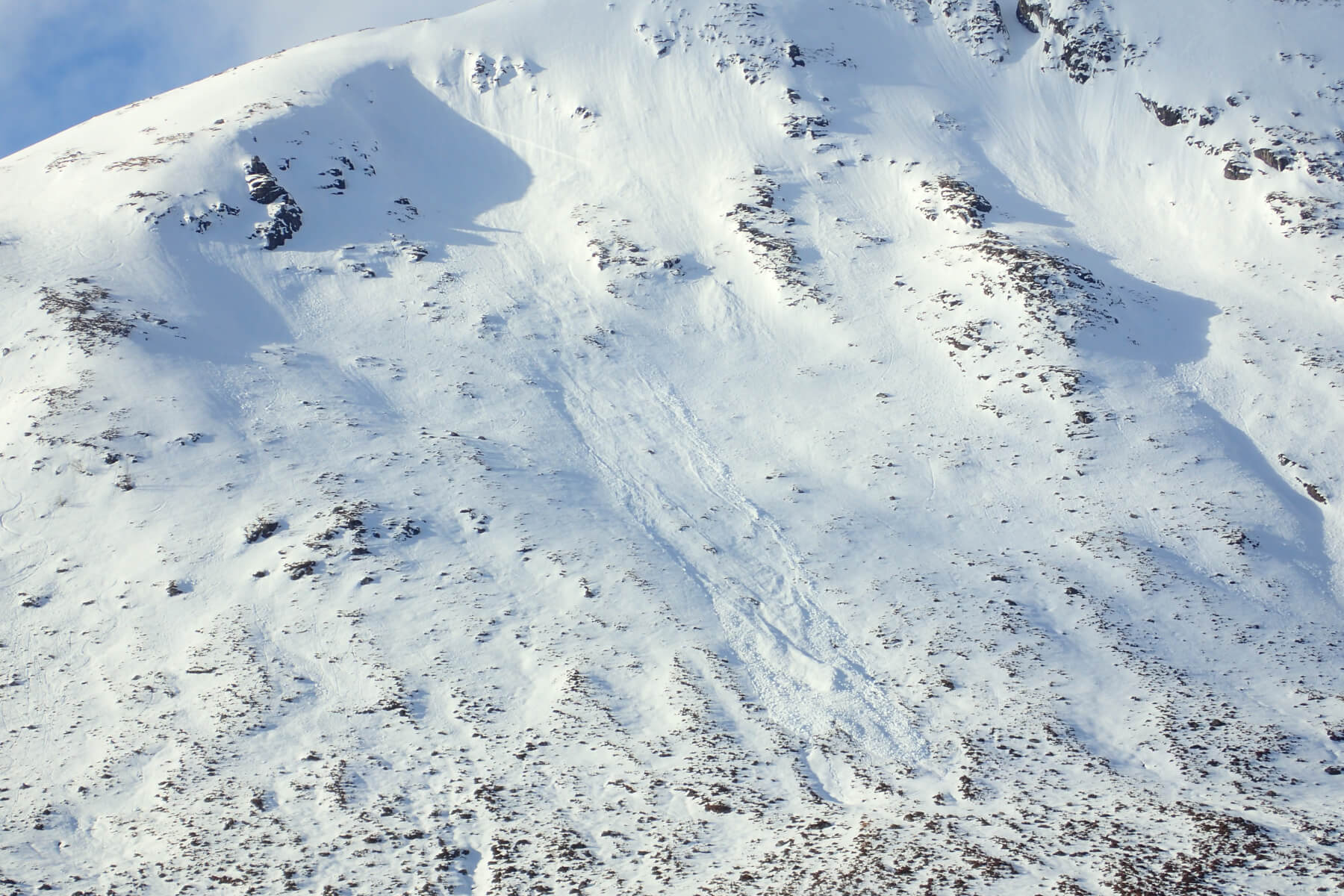 An avalanche on the North West face of Creag Dubh which occurred on the 9th. The crown wall can be seen cutting leftwards from the area of shadow at the top left of the picture.Â 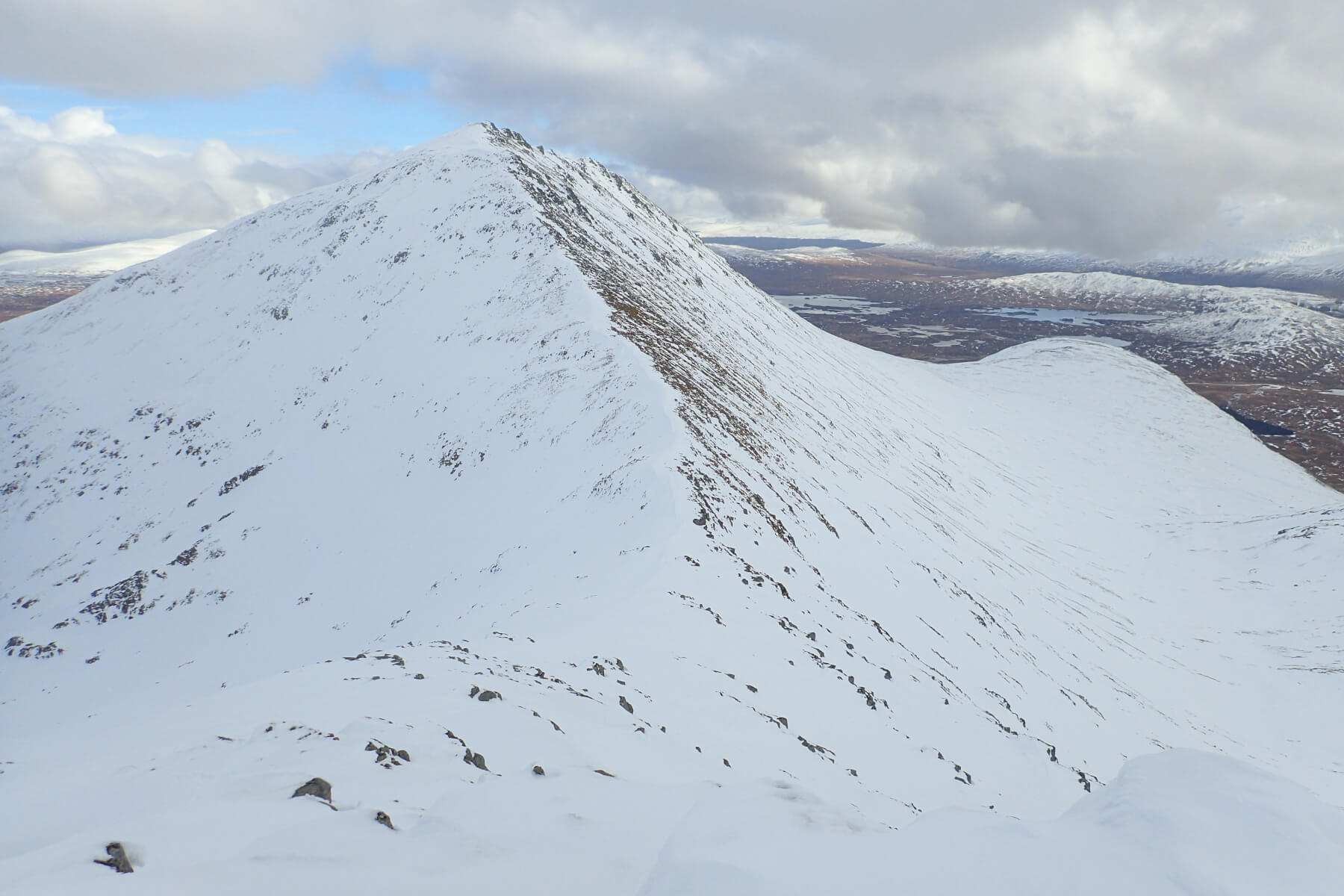 Meall a Bhuiridh from the West. You can see the effect the strong sunshine of the past few days has had an effect on the top of the South face. 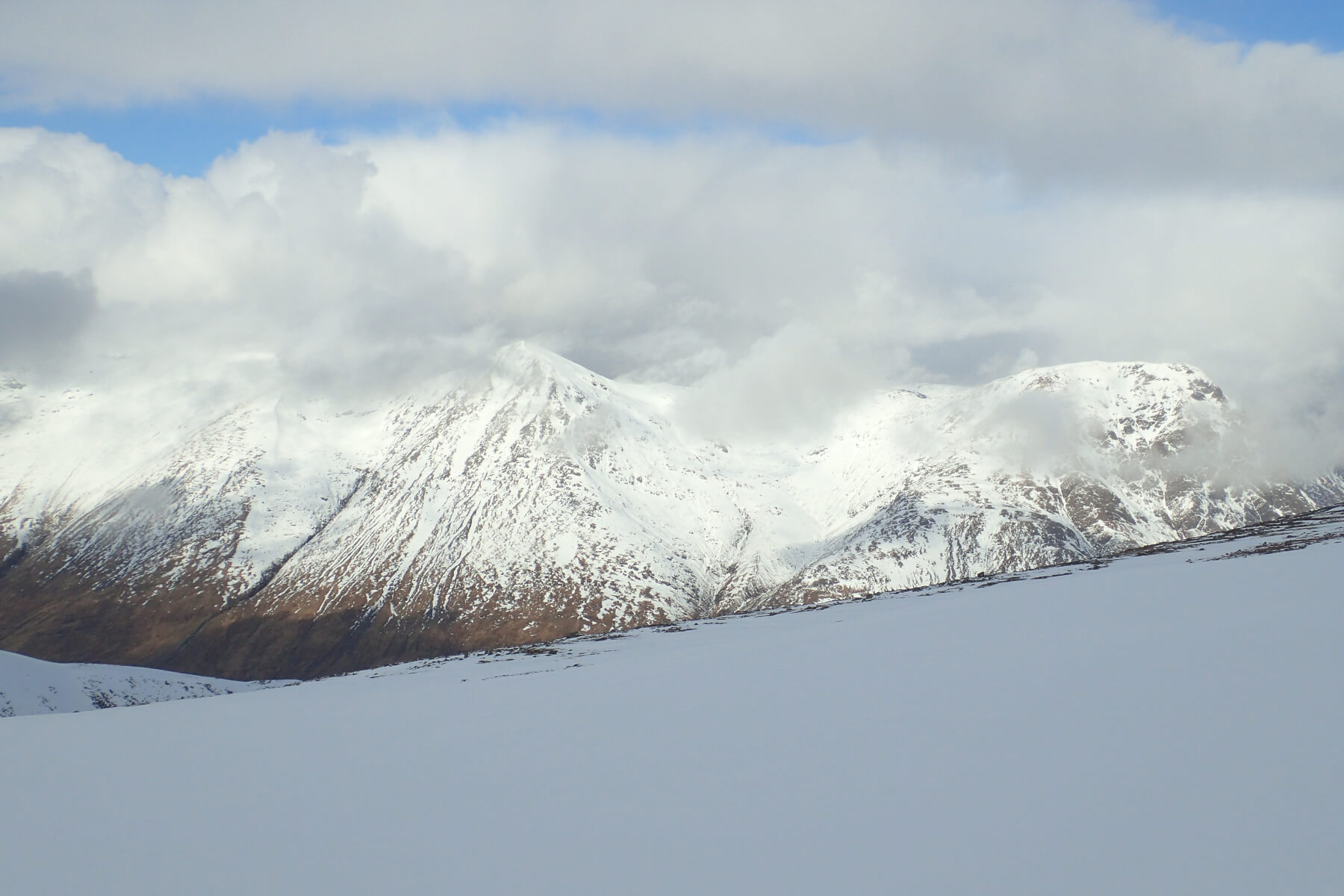 Looking over Glen Etive to Buachaille Etive Mor as the clouds build. 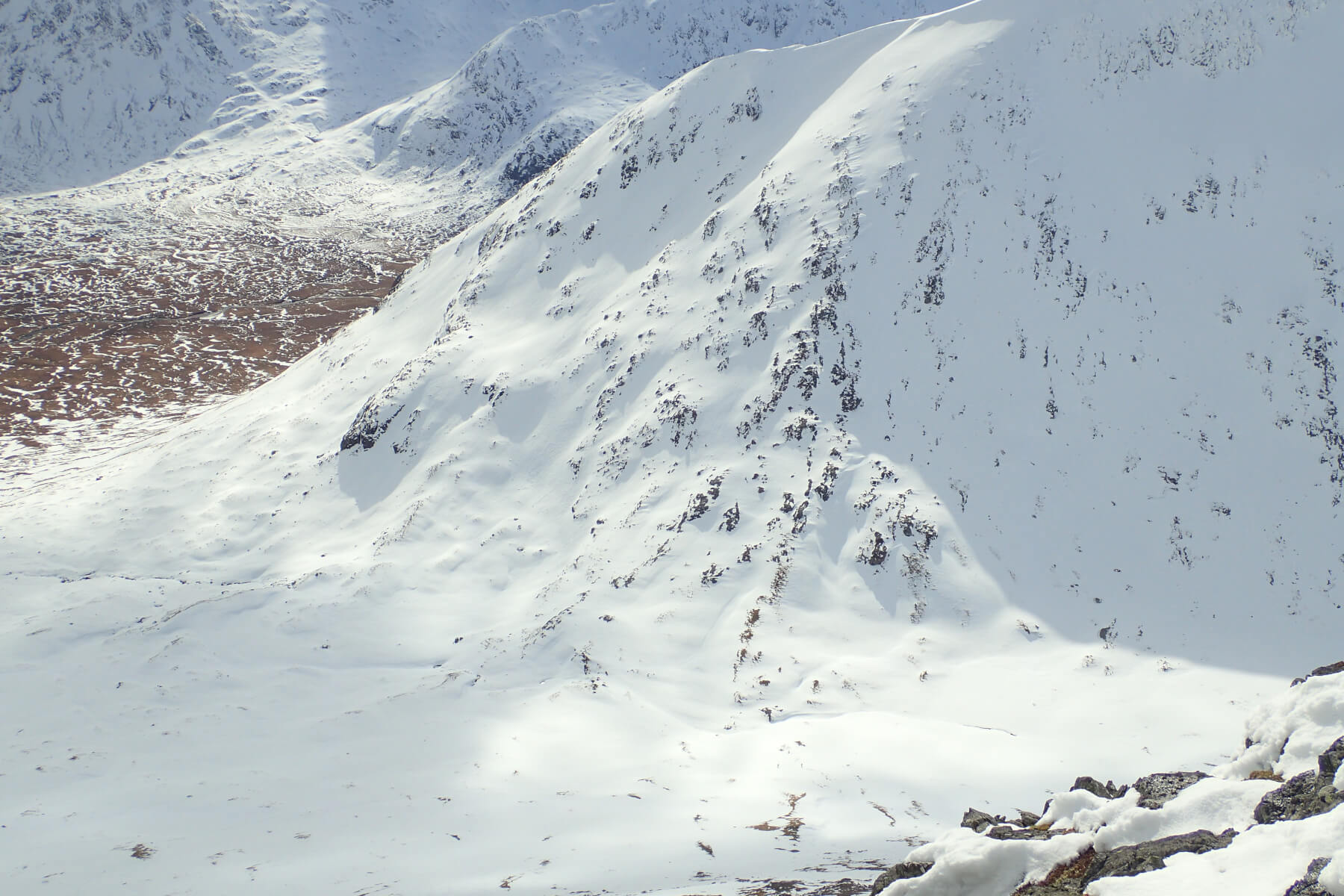 Looking down into the lower Coire an Easin. Two ski tourers can be seen in this shot, can you spot them? 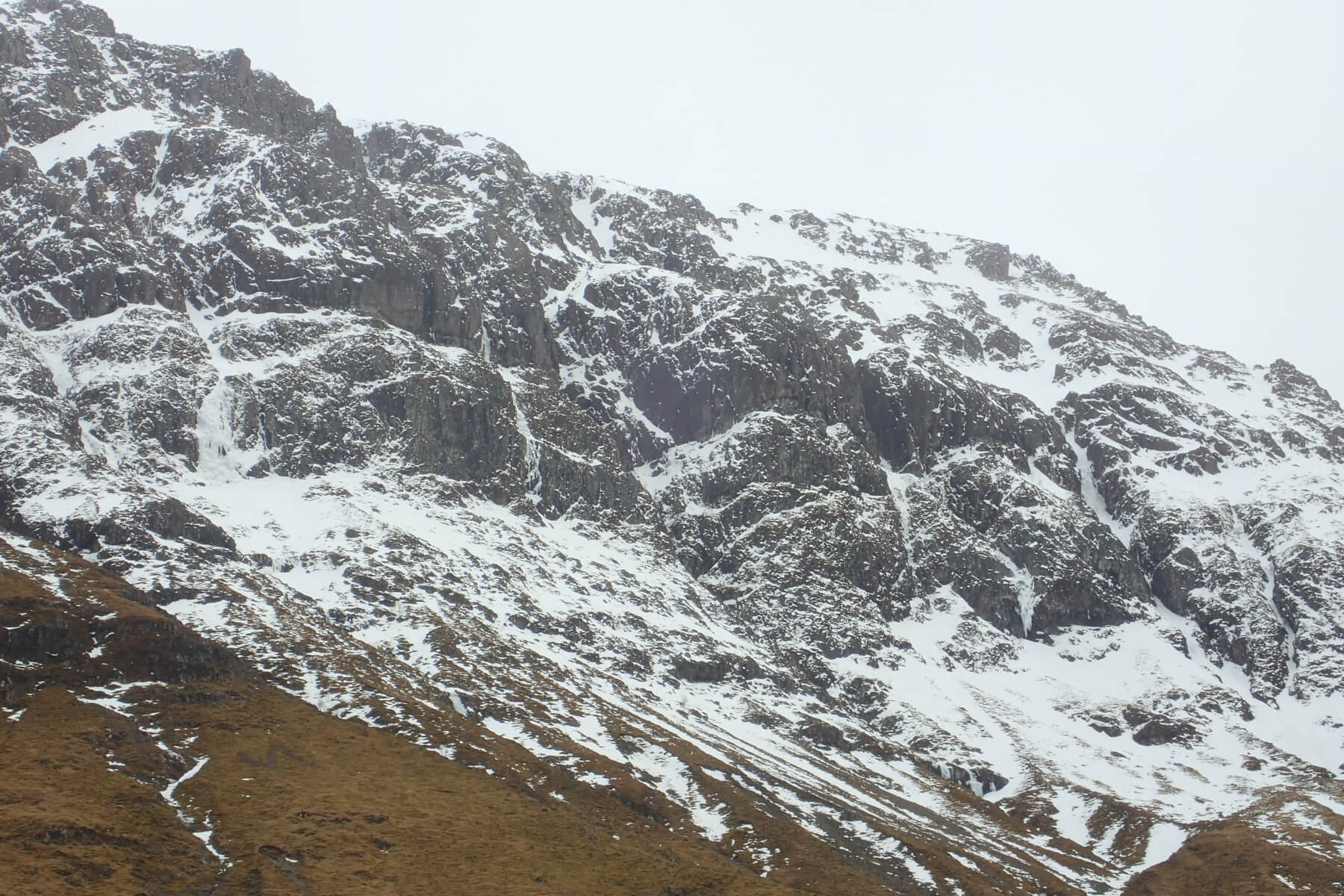 The West face of Aonach Dubh still holding some ice. 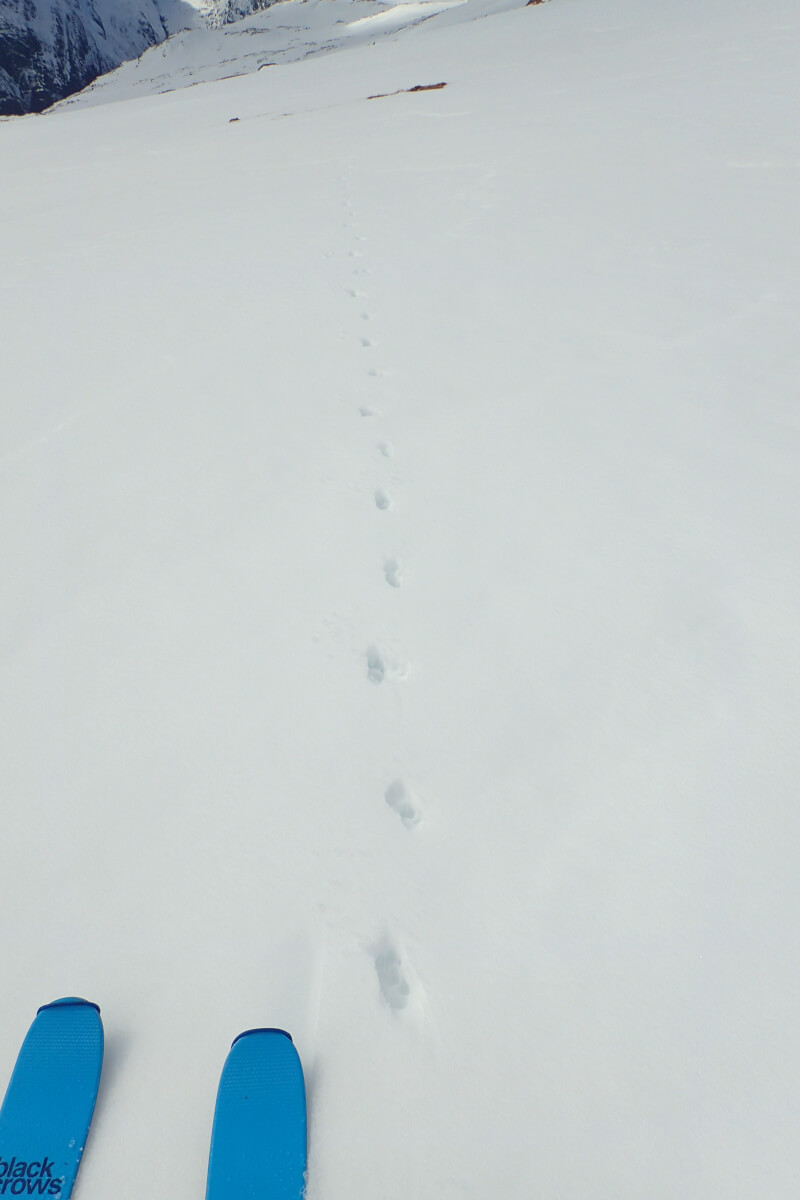 A picture of some fox prints in the snow taken yesterday. They are much more linear than mountain hare tracks (see Prints in the Â snow post of the 7th for a comparison). 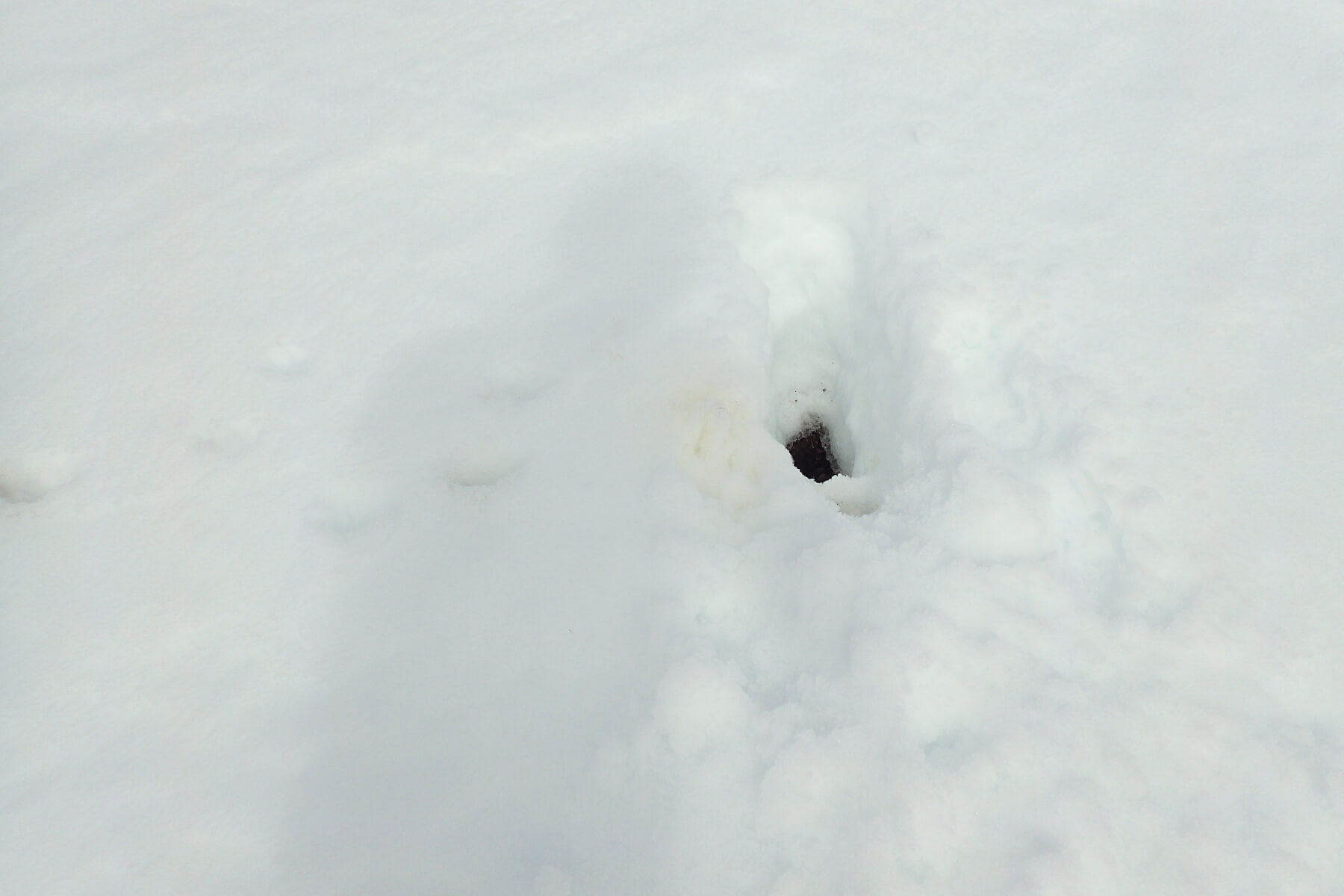 By following the tracks I found this, a snow pit dug by a fox. The intention was probably to catch a tasty snack rather than look for snowpack instabilities. Â I wonder if he/she found anything. Â For both avalanche forecasters and foxes alike, some snow pits contain interesting things, some don’t!