It was a particularly poor visibility day in Glen Coe today. As I hope the photos will show I was very Â much in the “white room” today. Â However, Â the fresh snow has covered most of the old, hard icy snowpack, much improving the skiing (or at least it will do when visibility improves). Â The cloud and the wind was doing a good job of riming up the buttresses (and everything else at higher levels) which should bring the steep buttress mixed routes back into condition. Although the very low level ice was thawing today, plenty of ice remains in Glen Coe at medium and high levels. 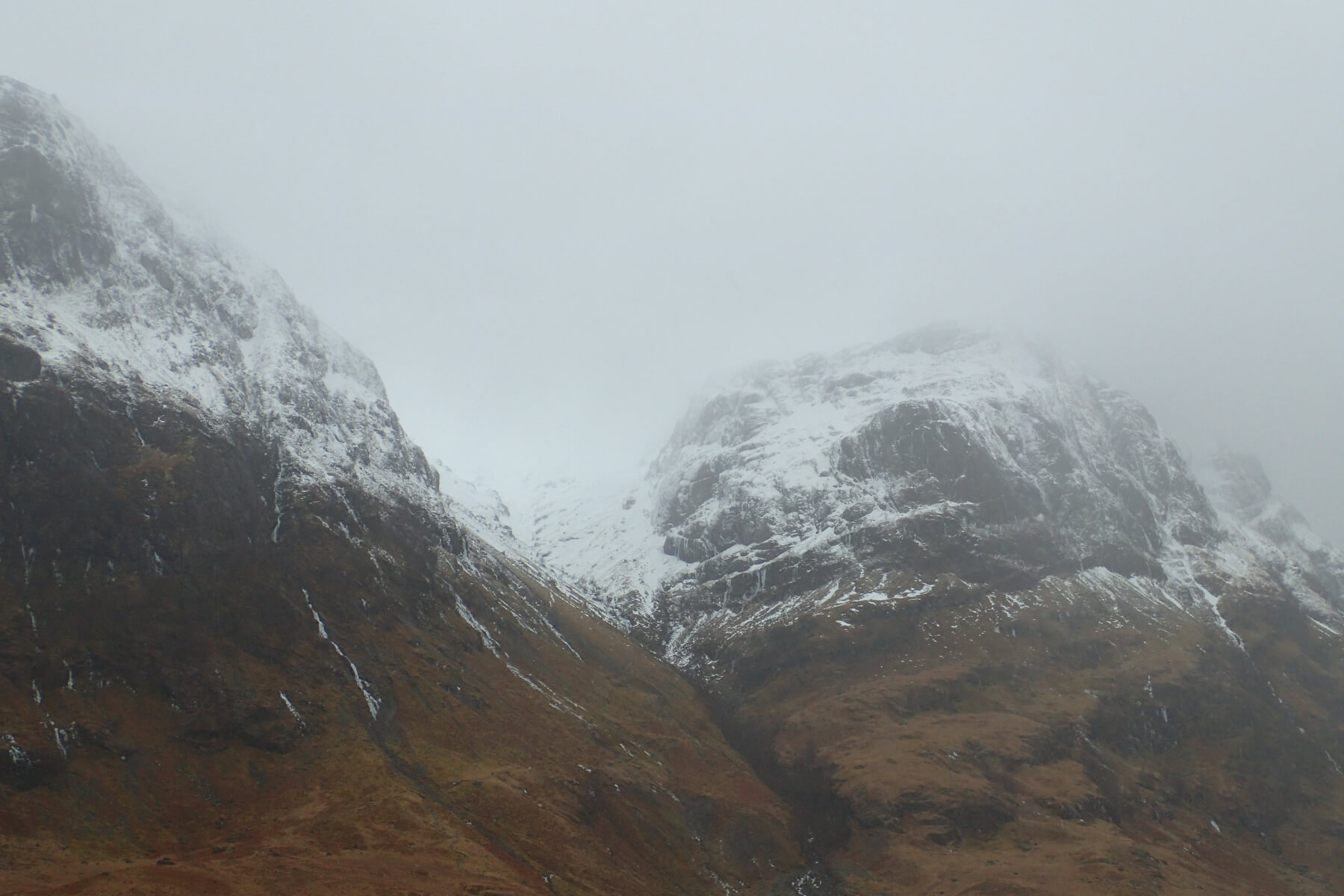 Looking up towards Stob Coire nan Lochan. It was snowing above about 400 metres. Streaks of water ice visible below that level. 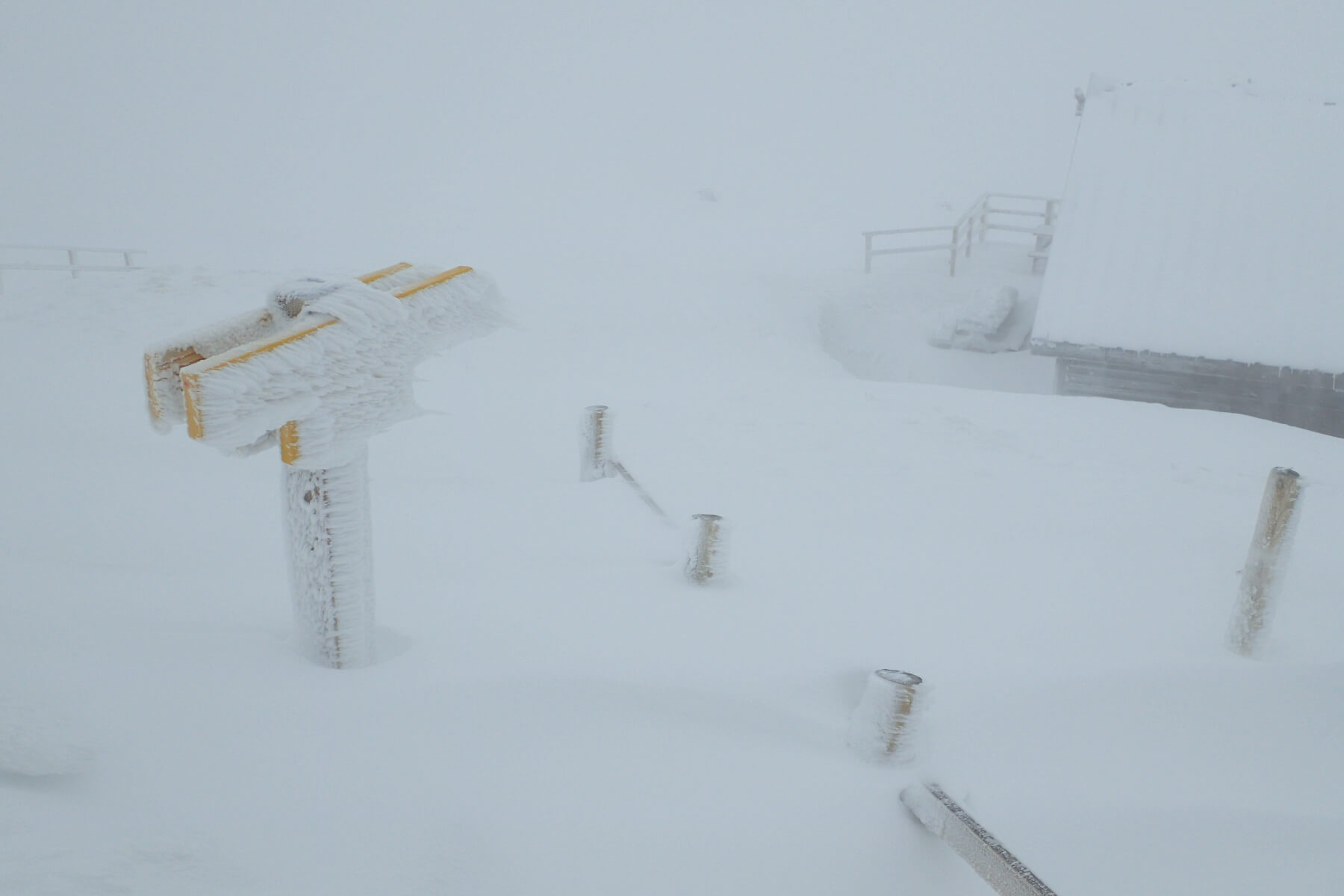 The view at 650 metres, not that great. The wind direction being quite clear from the rime on the sign.Â 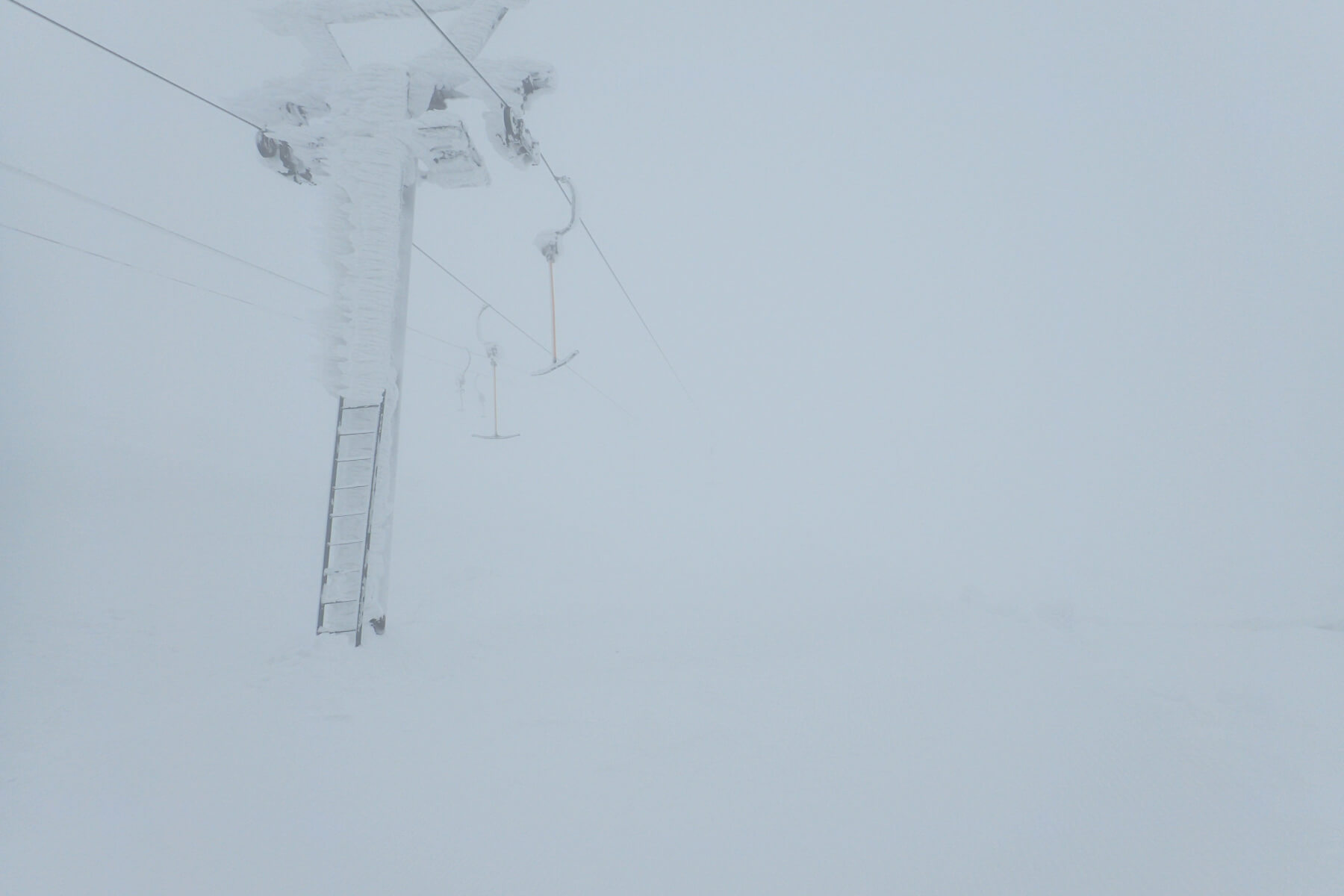 The view at 1000 metres, also not that great. In you could barley see from one T-bar to the next on the summit tow (which was not operating) today.Â 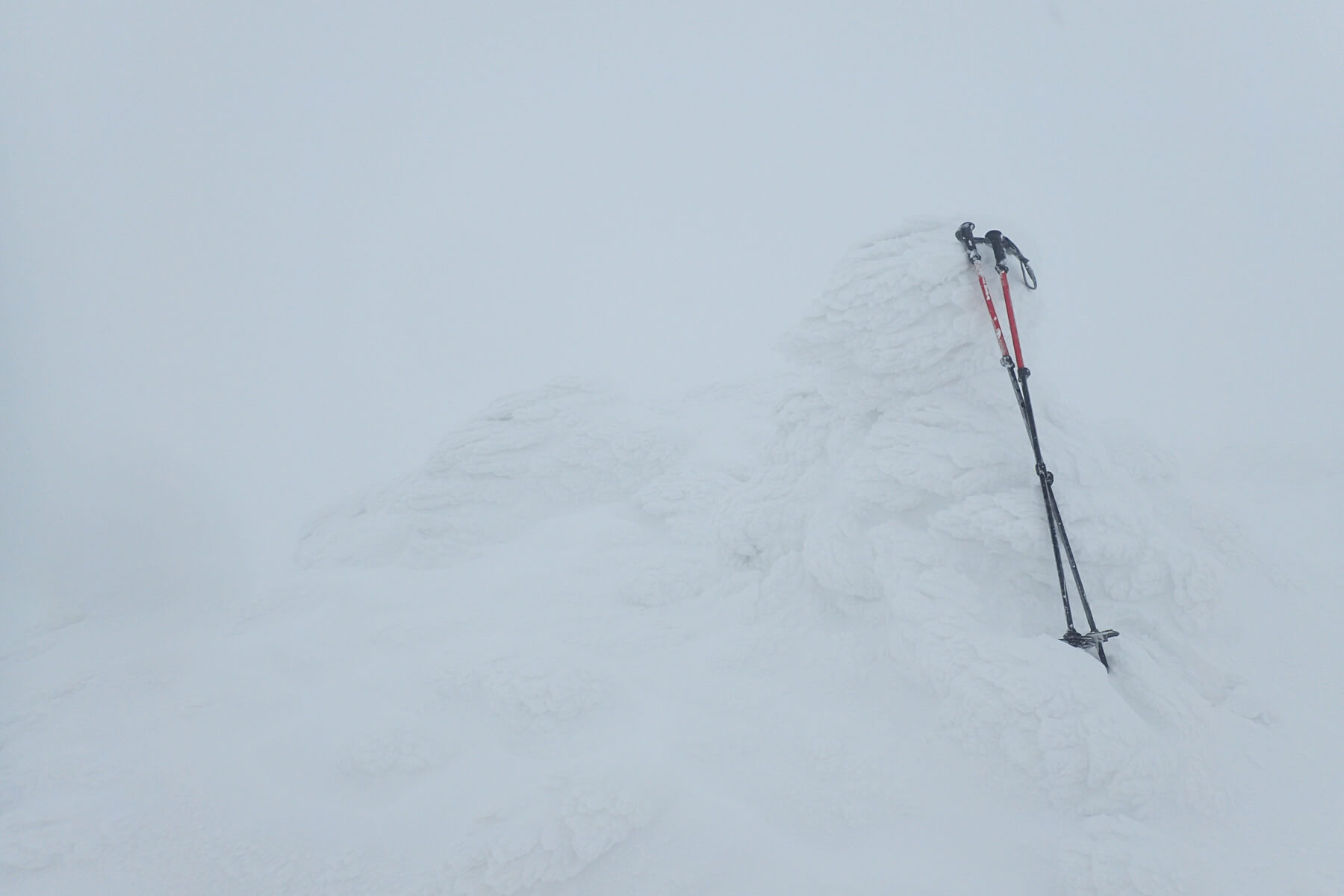 A similar view from the summit of Meall a Bhuiridh (1108m). All the rock was impressively frosted up.Â 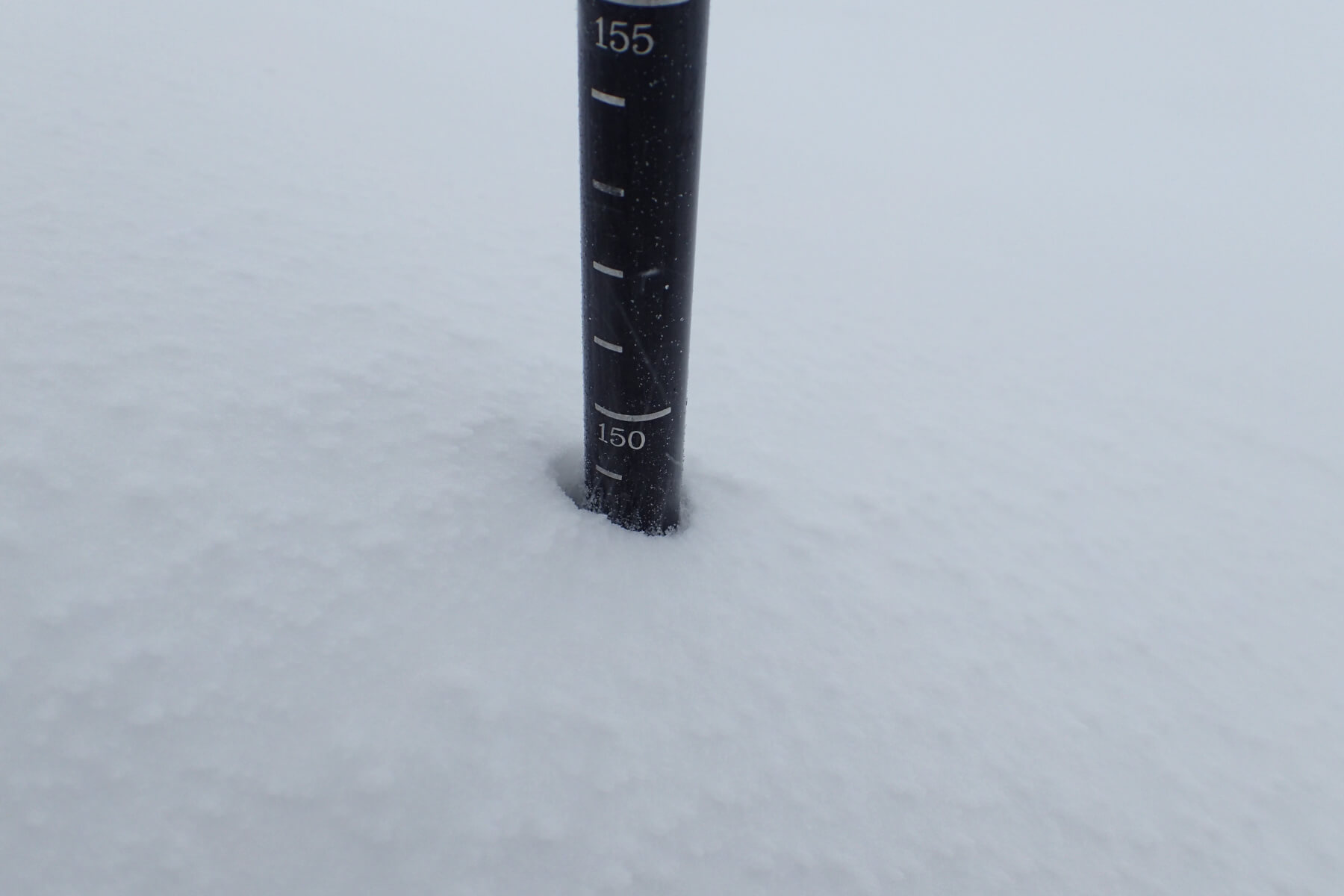 There was a reasonable amount of fresh snow at higher areas, I found almost a meter and a half of fresh snow in a sheltered area near the summit. Â 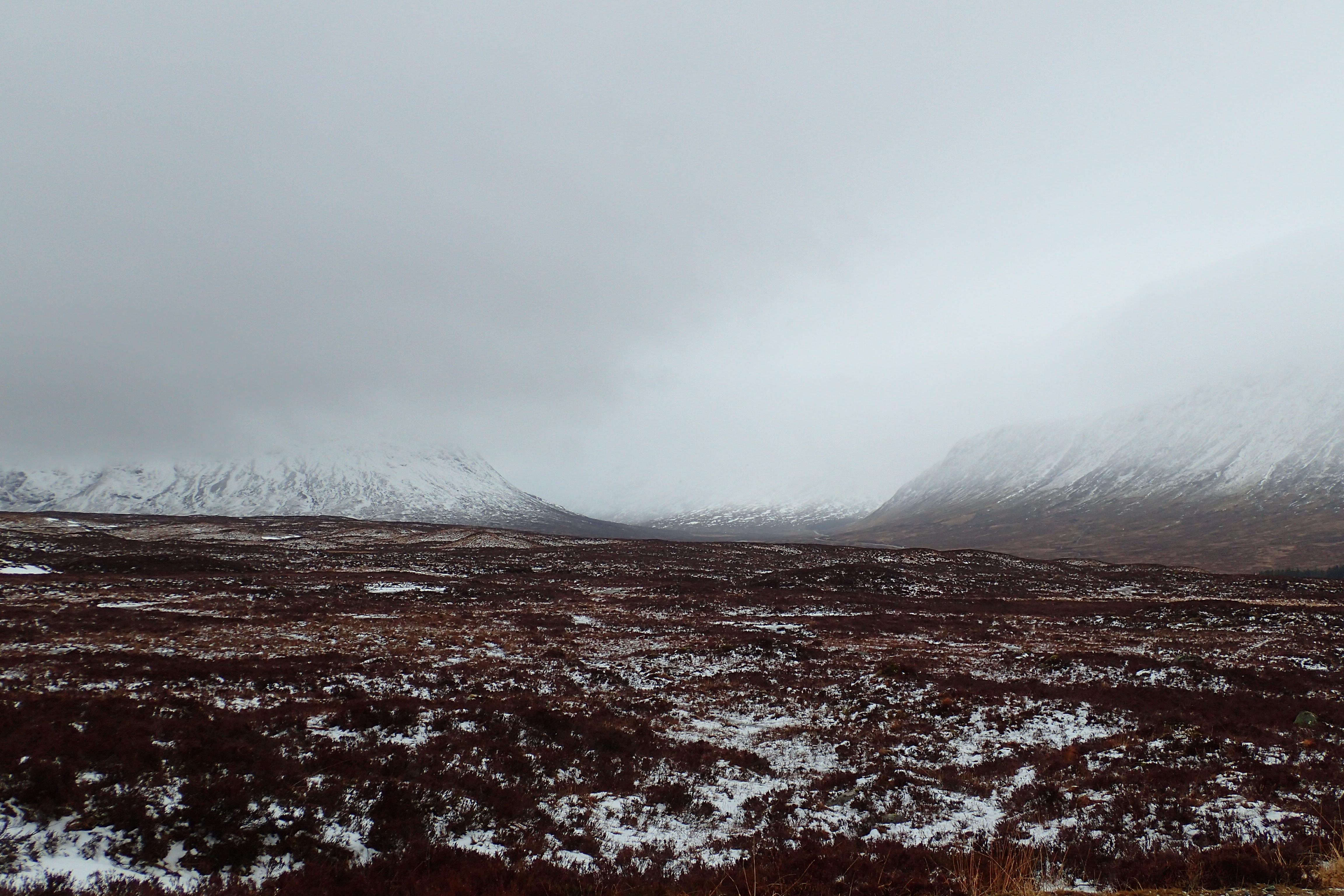 Looking down the Glen. The clouds hung thick and low during the afternoon.Â