Yesterday’s snowfall has mostly blown away at higher elevations due the strong winds, pockets of deeper accumulations exist between 700-900 metres. Precipitation fell as rain this morning up to 670 metres then sleet and eventually light snow at around 800 metres. Â It became dry and much milder by midday the freezing level was around 920 metres and still rising. The snowpack is generally well bonded and stable. 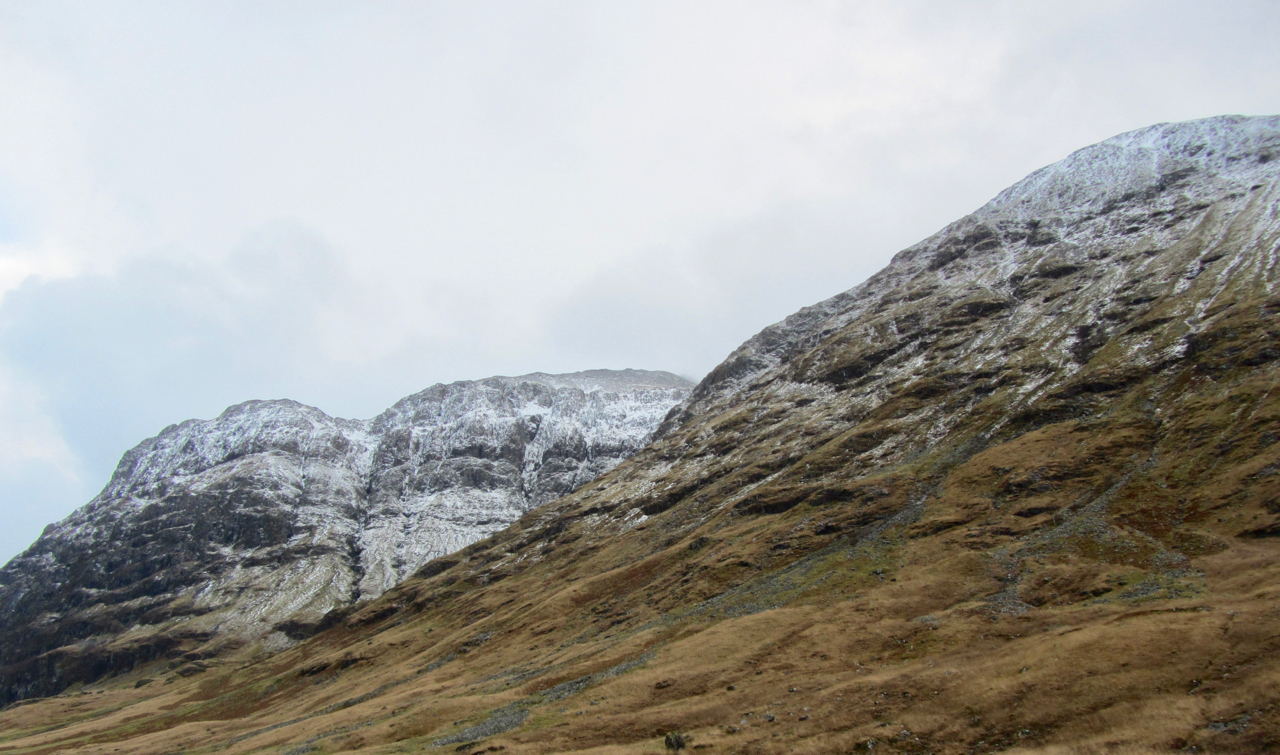 The West face of Aonach Dubh with the summit of Stob Coire nan Lochan just visible – quite sparse snow coverage. 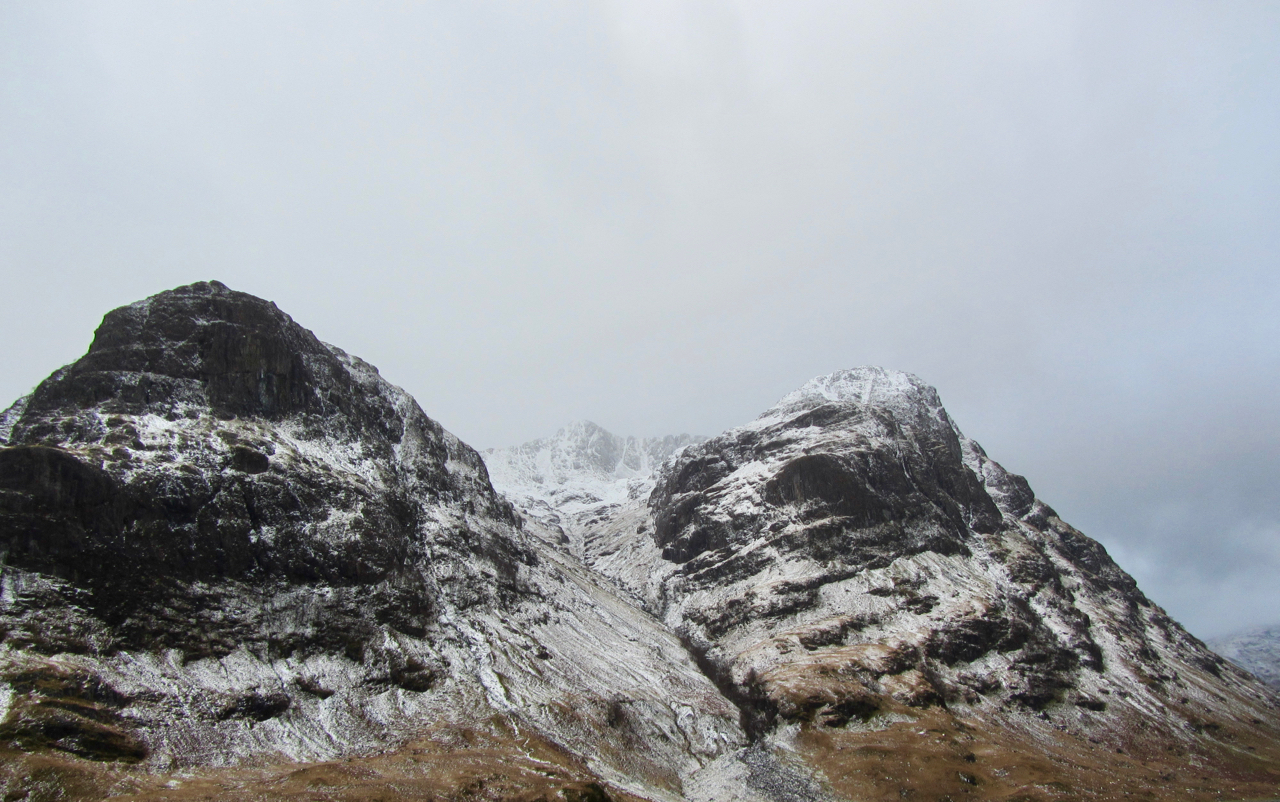 Looking into Stob Coire nan Lochan, Gearr Aonach on the left with Aonach Dubh on the right. 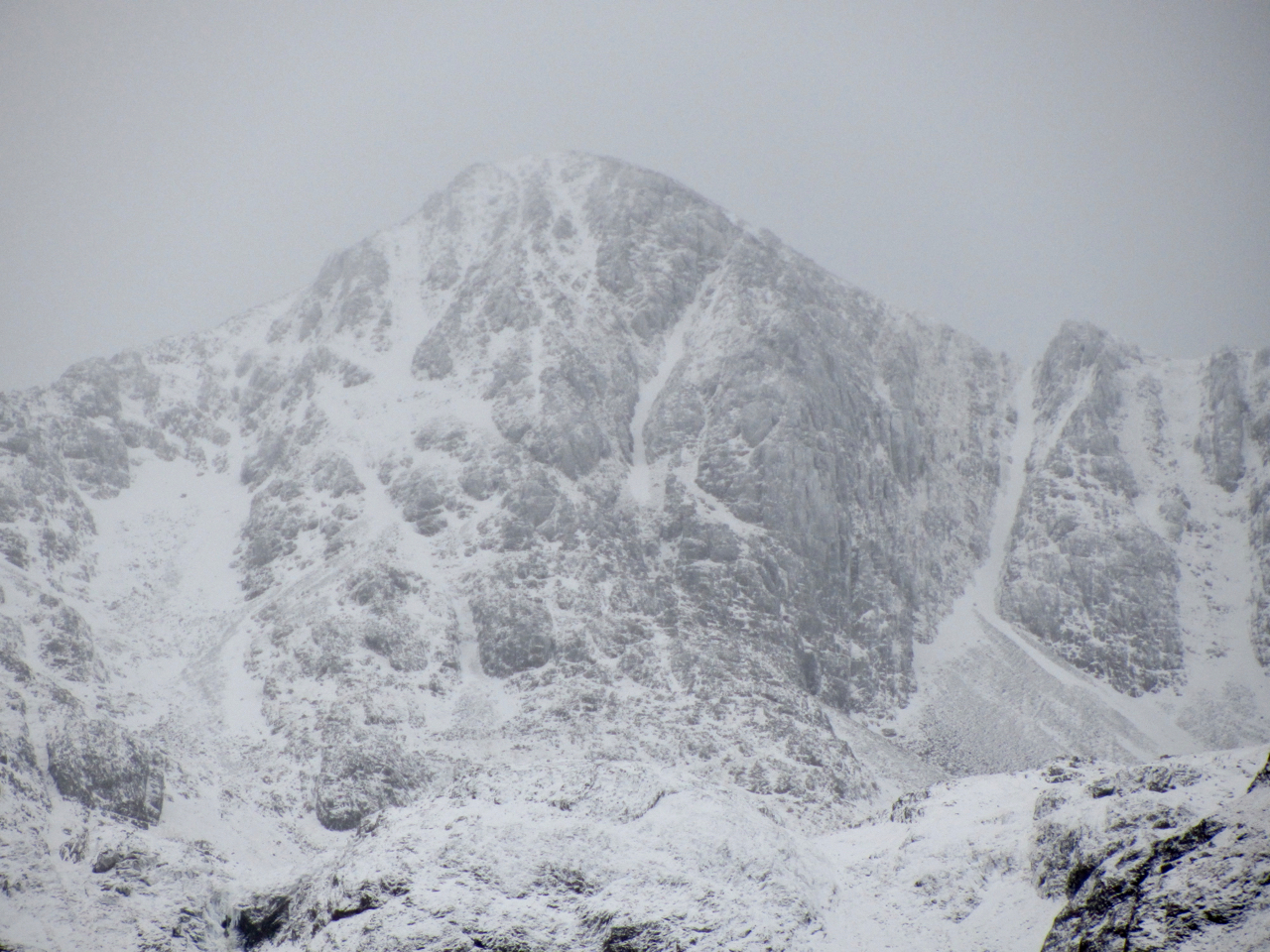 Stob Coire nan Lochan note the fan of scree and boulders at the foot of Broad Gully. 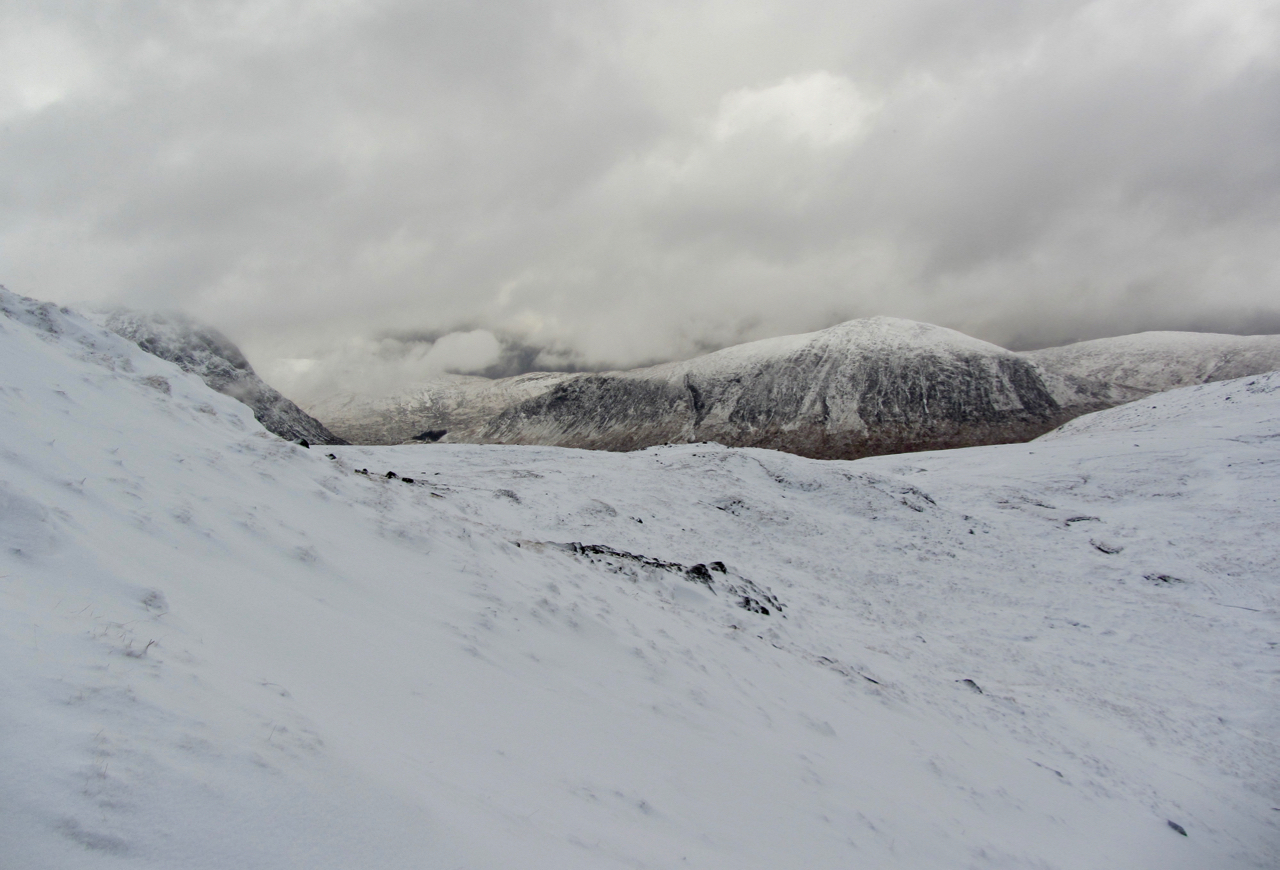 Snow cover in the foreground at around 780 metres. 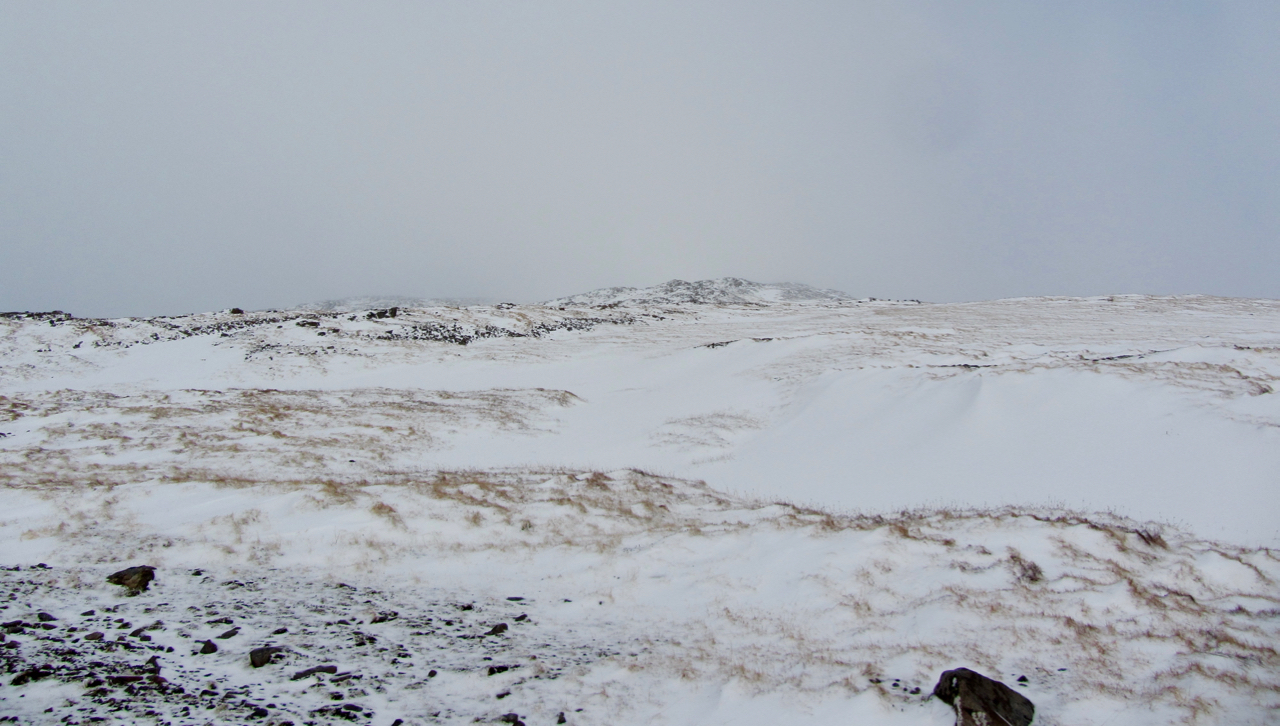 looking up towards the summit of Meall a Bhuiridh 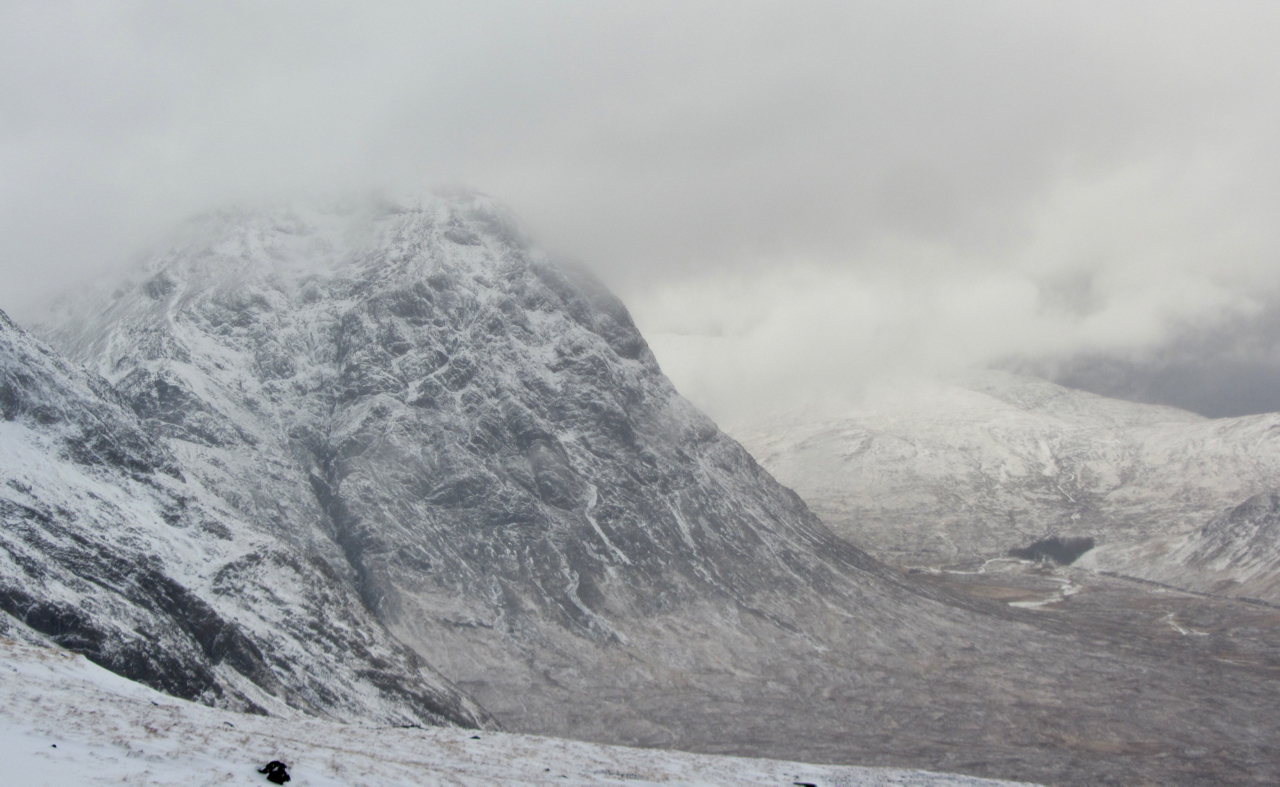 The southerly aspect of Buachaille Etive Mor with patch of trees clearly seen down near the A82 road. 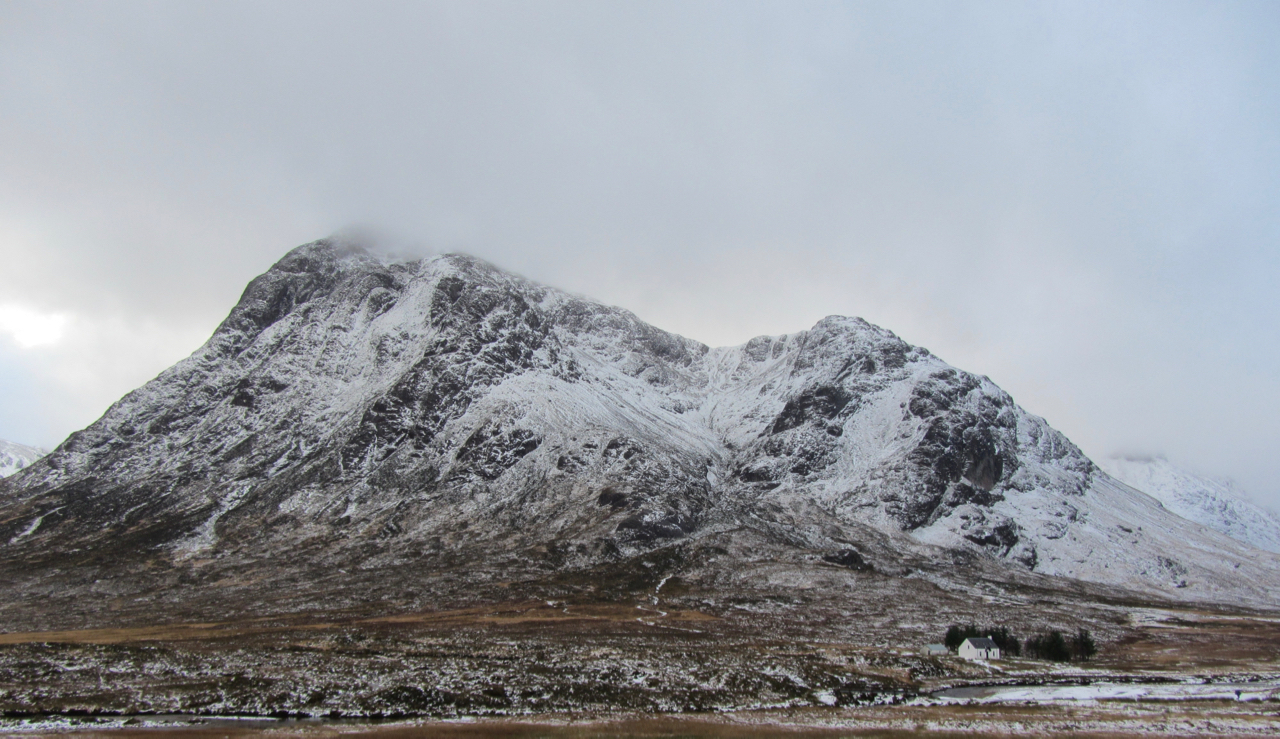