Precipitation fell as light snow and sleet mainly above 900 metres, at lower elevations moderate rain showers. Winds were strong from the West-North-West with summit temperatures at around minus one degree celsius.Â New snow amounts have not reached any depth and are generally stable, mostly a thin cover over the summits. The old patchy snowpack remains limited in extent and mainly found above 900 metres. Deposits that exist are well bonded and stable. The avalanche hazard is Low. 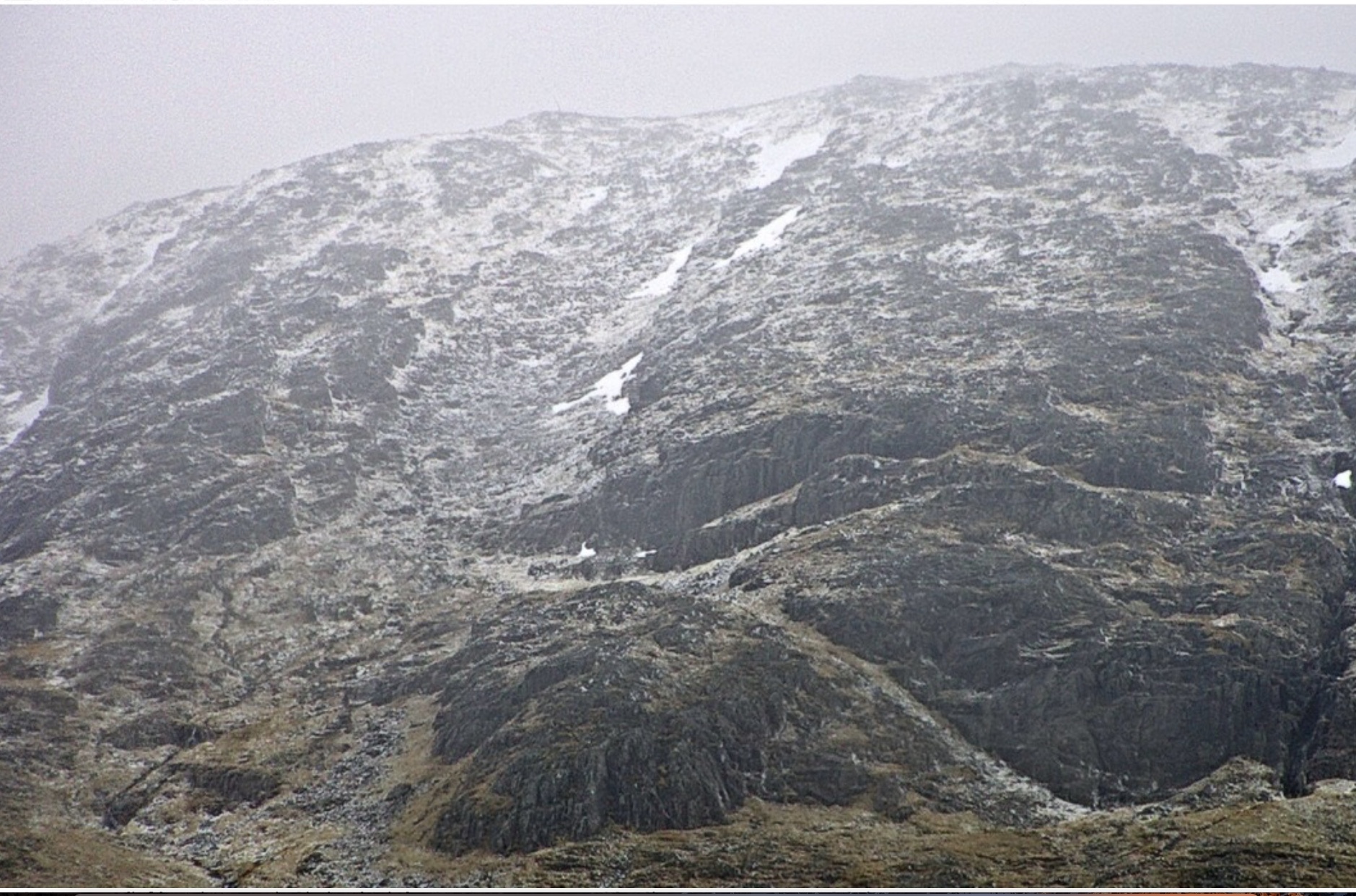 North-Easterly aspect on Meall a Bhuiridh between 850 to 1000 metres about mid-day. 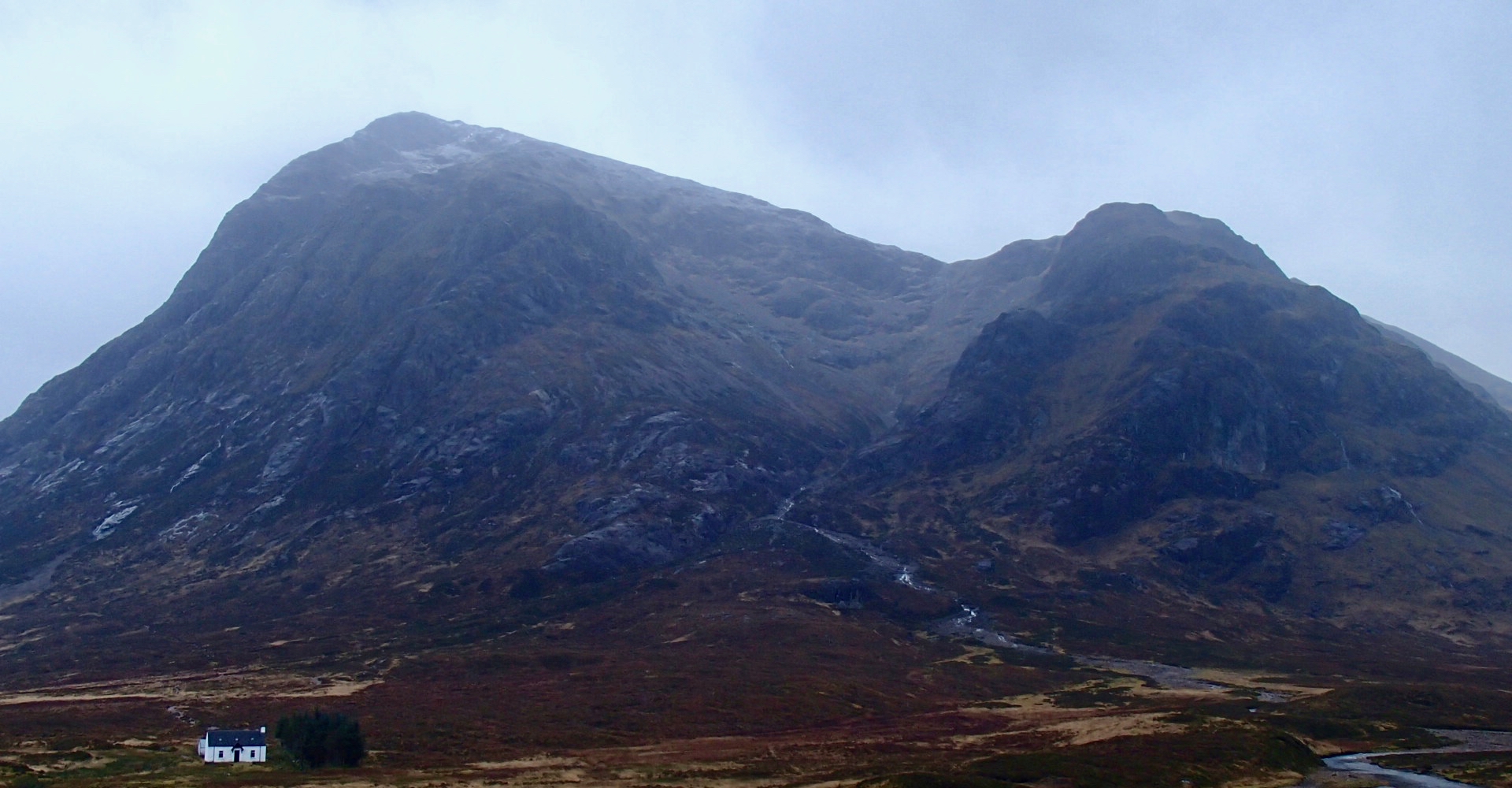 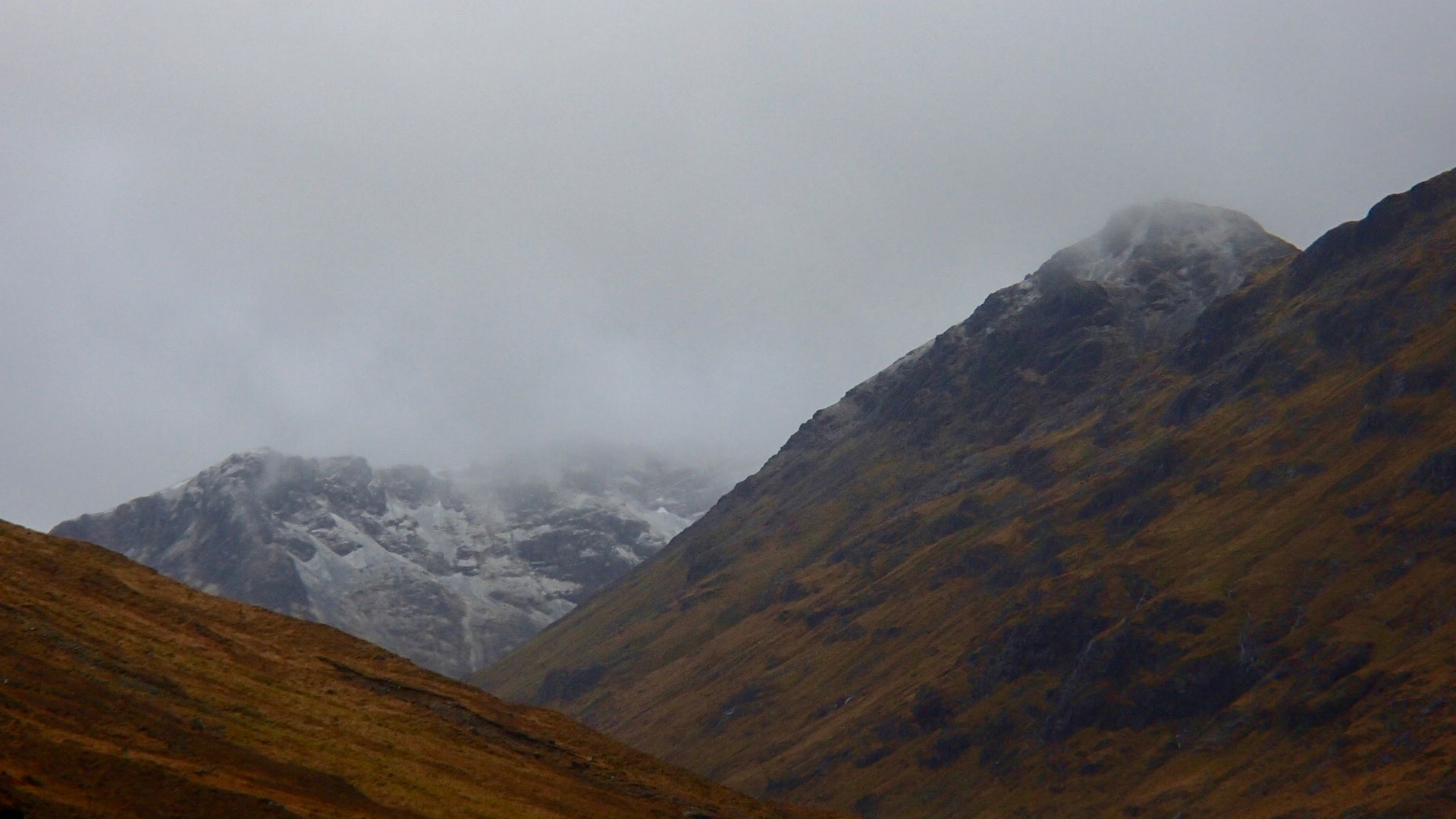 Looking into Lairig Eidle…… Â Beinn Fhada on the right