After early morning snow fall which fell to sea level it was mostly dry with light to moderate West-South-Westerly winds. Summit temperature was around minus 5 degrees Celsius. The road through Glen Coe was closed first thing this morning, with many vehicles either stuck, or involved in an accident. 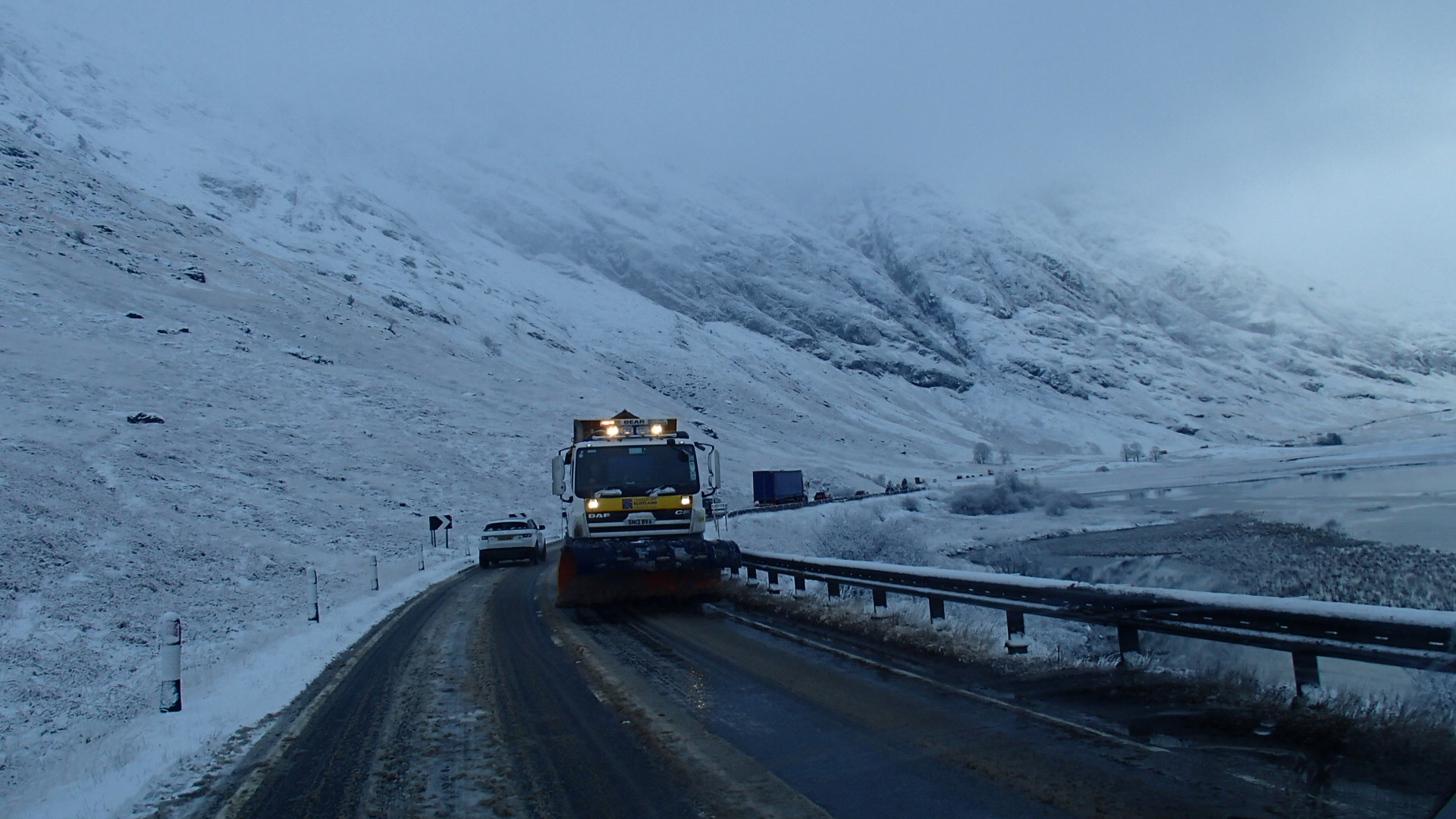 Traffic at a stand still on the A82 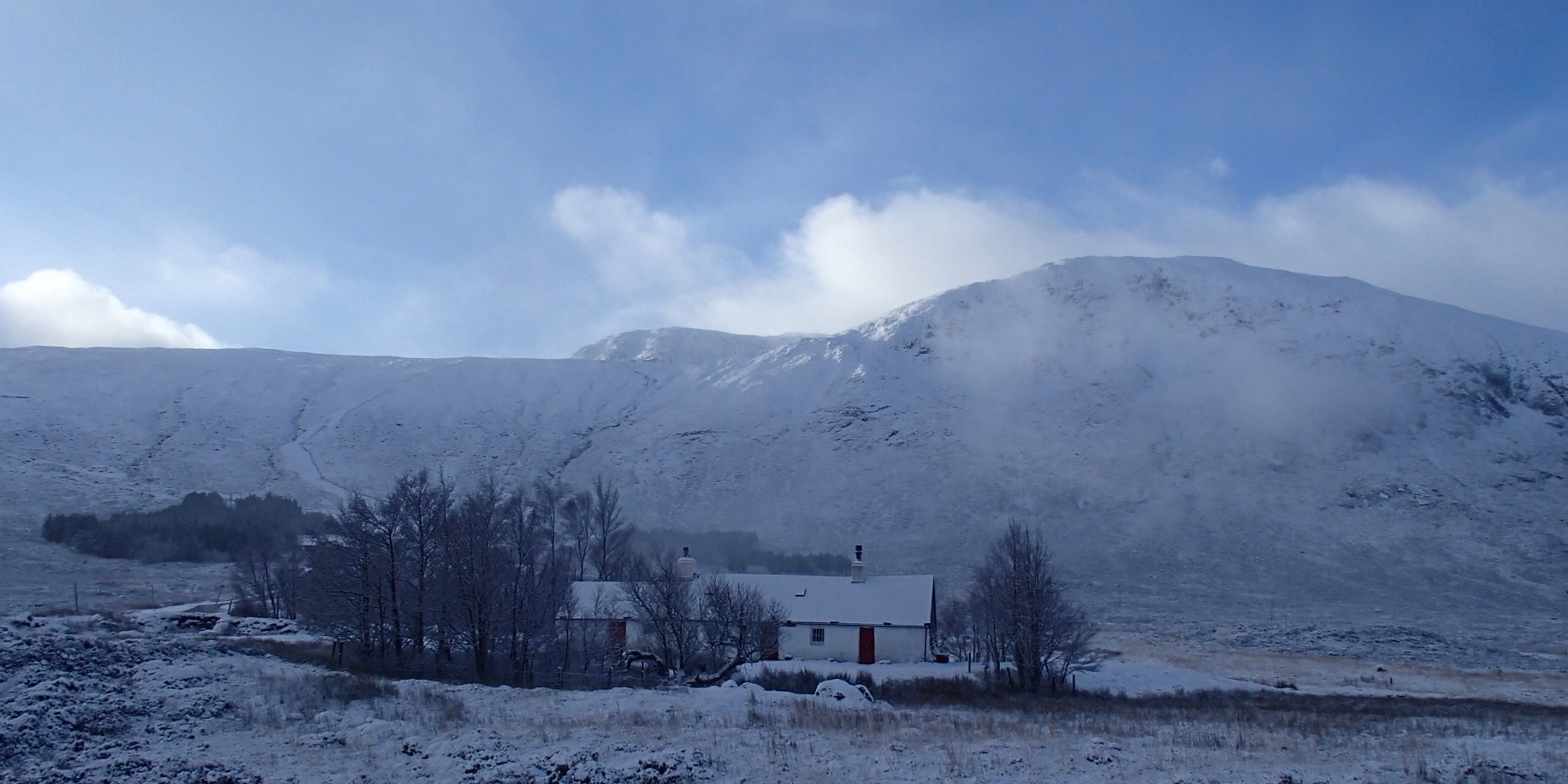 Blackrock cottage with Meall a Bhuiridh behind 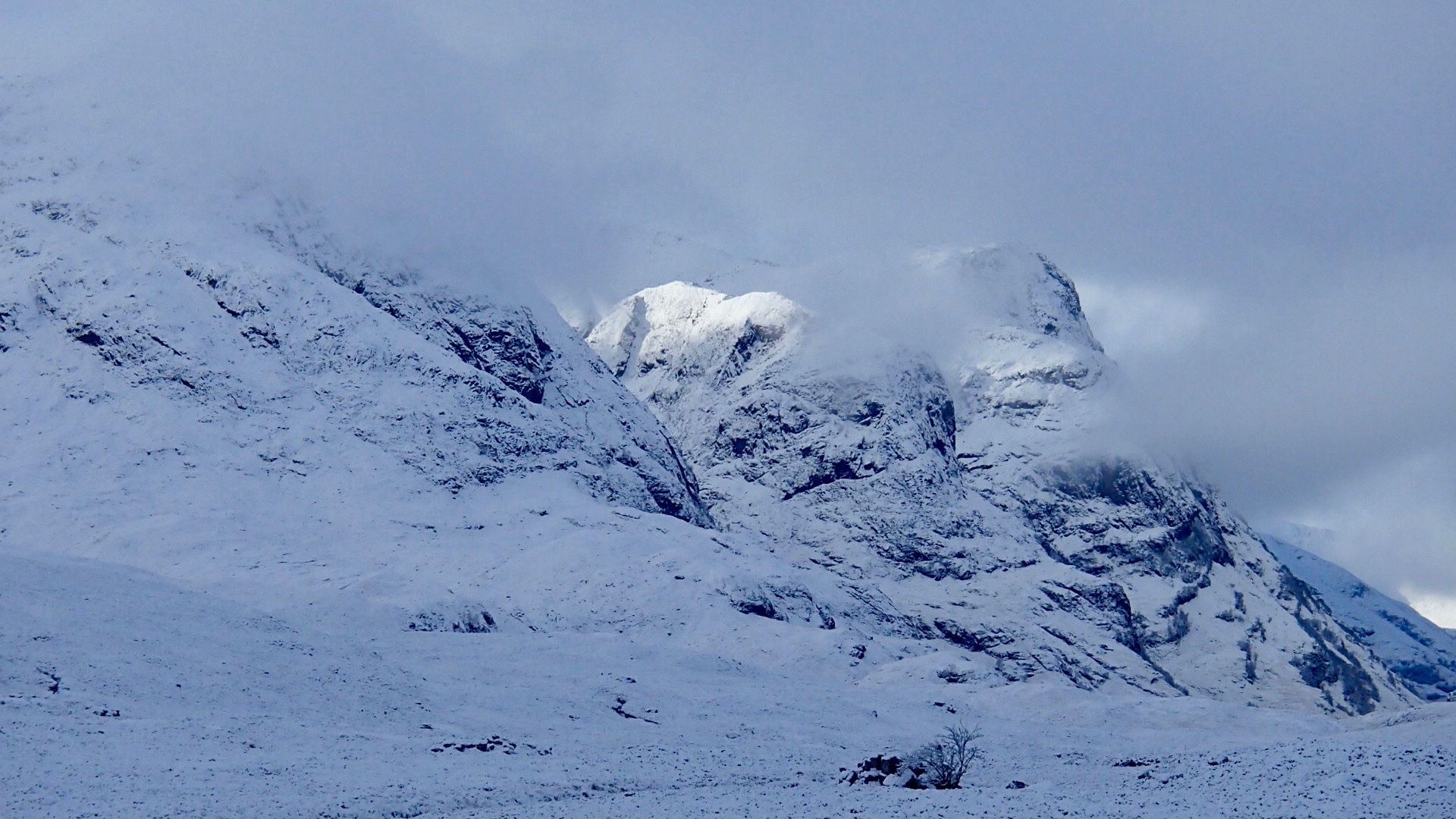 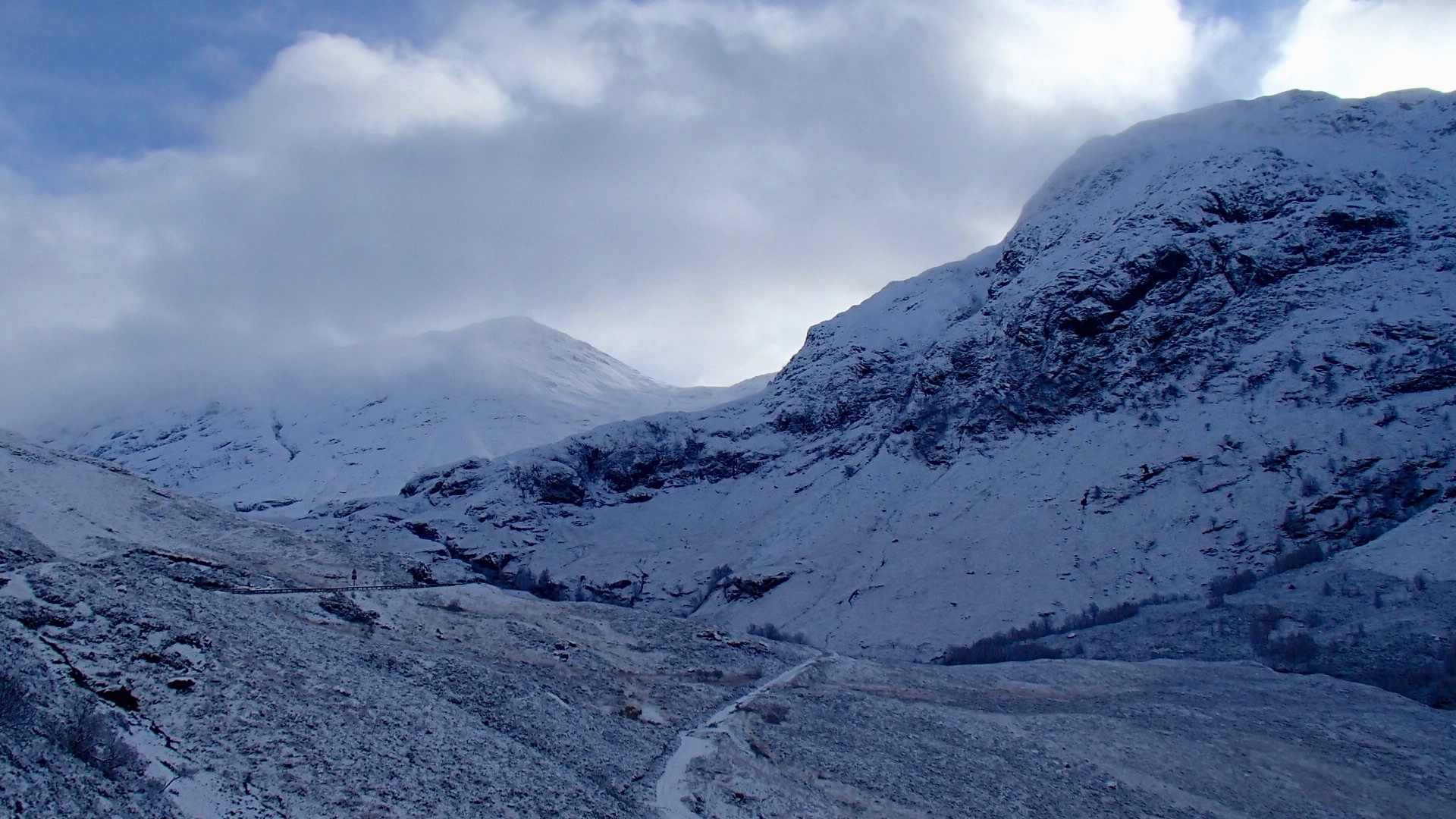 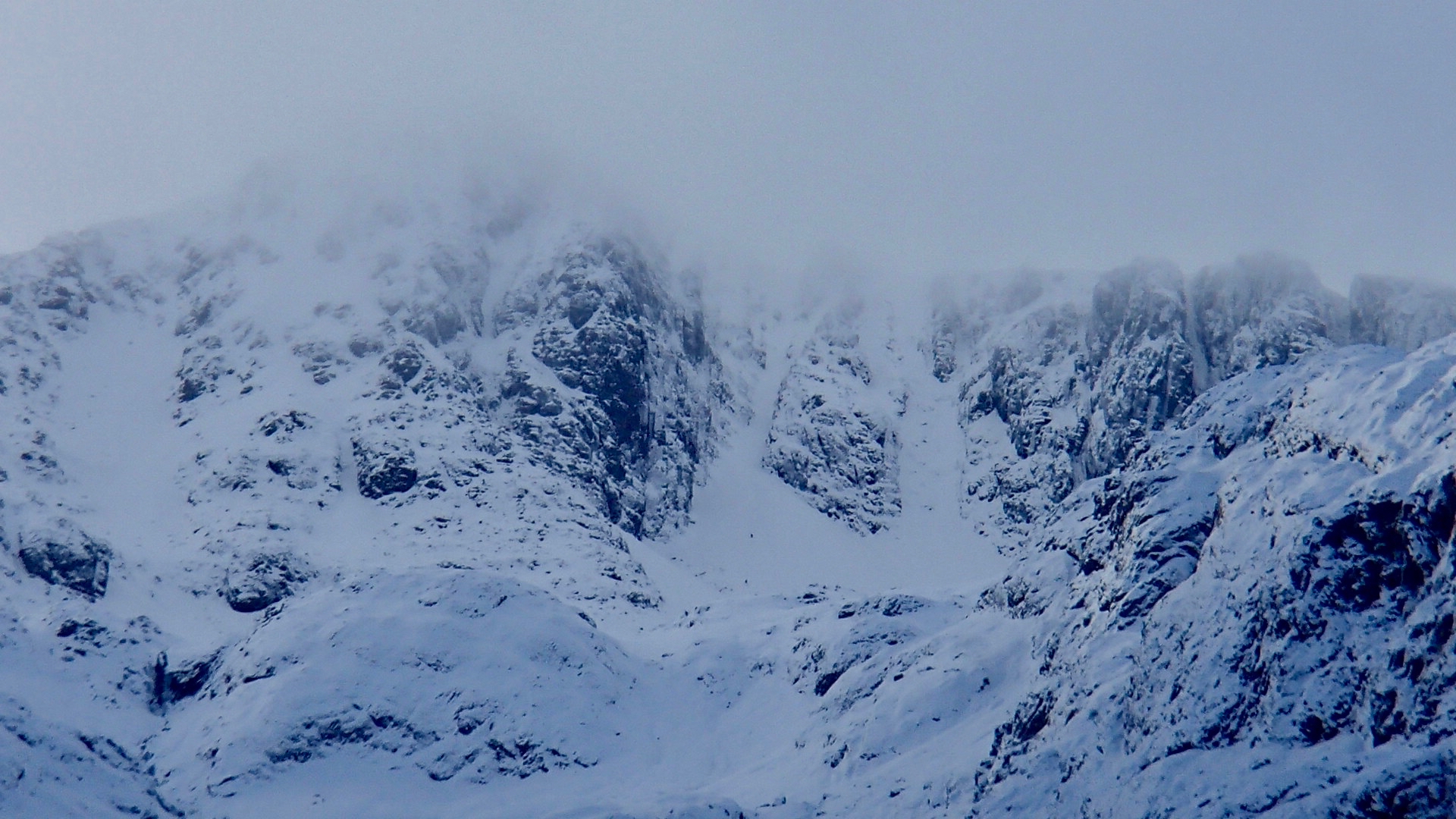 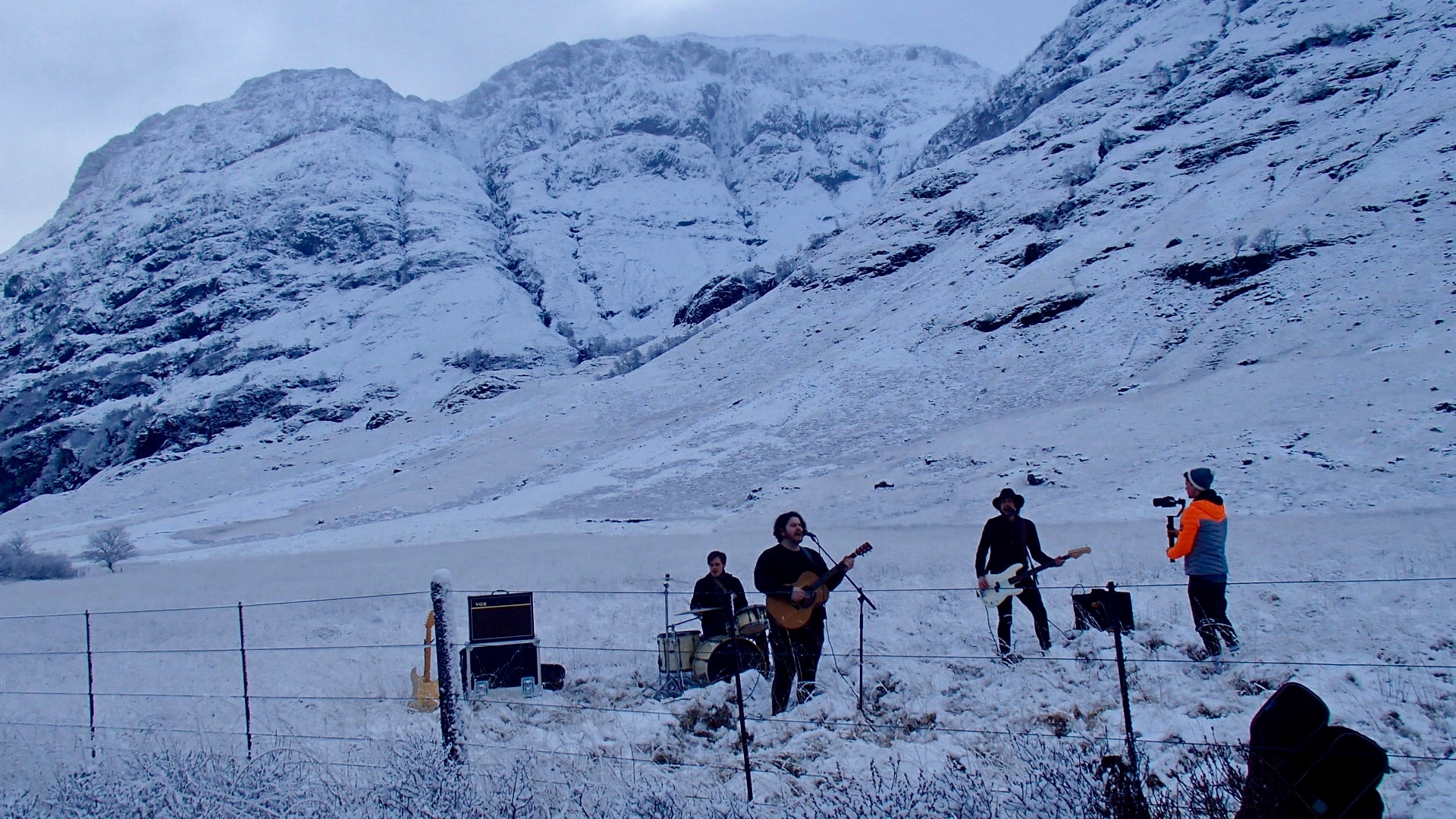